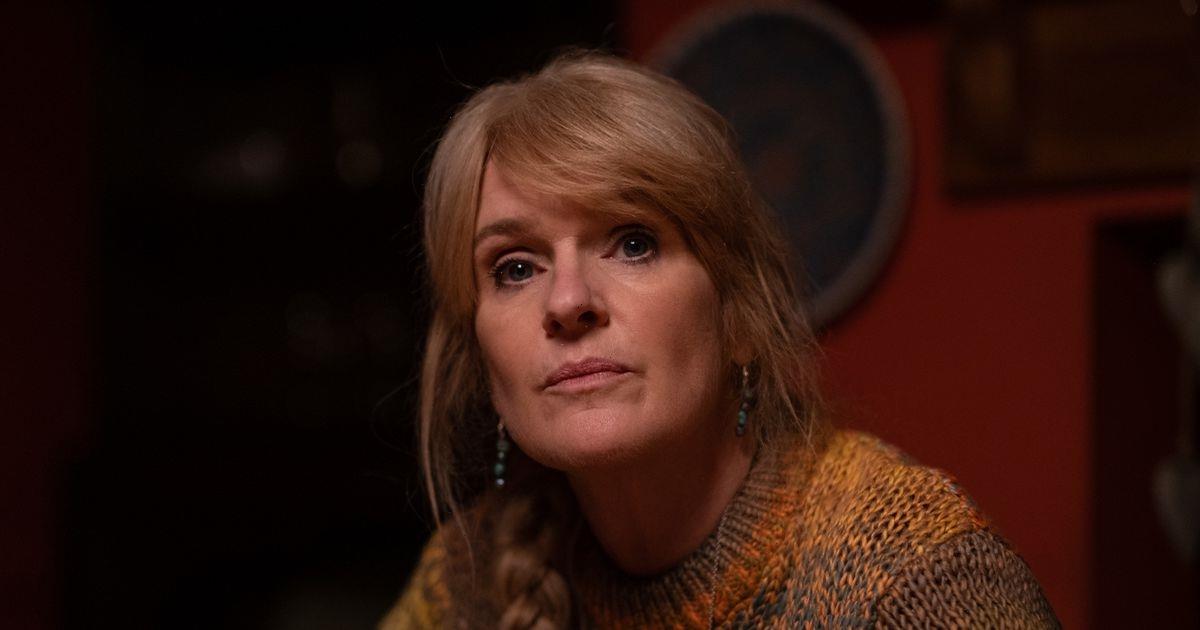 Clare Cartwright, played by Siobhan Finneran, is back on our screens for the final season of Happy Valley. The recovering heroin and alcohol addict moved in with her sister Catherine in series two after turning her life around, helping her to raise her grandson Ryan and volunteering at a local missionary.

Speaking of the upcoming series, 56-year-old actress Siobhan, said: “I’m so thrilled to be returning to Happy Valley as Clare, and delighted to now be able to answer the question 'Please tell me there’s going to be another Happy Valley?' with a resounding 'Yes there is.'"

Off-screen, Siobhan was born in Oldham, Lancashire, on 27 April 1966 to Irish parents. Her first major acting role was as Rita in the 1987 film Rita, Sue and Bob Too. The Happy Valley actress also appeared in Coronation Street as factory employee, Josie Phillips, best known for her on-off employment and difficult relationship with boss, Mike Baldwin.

Siobhan also made appearances in various other drama series including Heartbeat , Where The Heart Is, Clocking Off and Bob & Rose to name just a few. The role for which she is perhaps best known, besides Clare, is Janice Garvey in British sitcom Benidorm.

Siobhan was previously married to Emmerdale and Heartbeat star, Mark Jordan. The pair married in 1997 and share two children, Poppy and Jordan, with Siobhan scaling back on her acting work at the time to raise their family.

Mark was often away from home filming as a series regular in Heartbeat and the pair later divorced in 2014. Mark is now remarried to Emmerdale co-star Laura Norton, with whom he shares two children.

Siobhan recently joinedHollyandPhilonThis Morningto talk about the new series of Happy Valley. Howeverfans were left cringingas Holly failed to recognise the star, confessing she doesn't know where the series is up to on live TV.

Phillip started by saying: "Siobhan, who plays Catherine, joins us," before directing his words at Holly: "We're having to come clean, well you are.

"Because Holly has caused chaos this morning because she said, 'I watched episode three,' and our team said only two episodes have gone out, and she said, 'Yeah, I've seen all of that.' And now she's not sure she has watched it."

Holly squirmed on the sofa next to Phillip, as she added: "No! I definitely have watched it."

Phillip continued to joke: "When we showed you over there a moment ago, our director said, 'Is that woman in the show that you've been watching? So, you know…"

Siobhan then said: "And she's still not sure? But I am in it."

Holly went on to joke: "To talk about your cookbook, right?" before correcting herself: "No, I watched two episodes yesterday afternoon.

"But I definitely watched the first episode and then I must have watched a rogue one from series two, but somehow, it still made sense! It was Sunday afternoon, I had a big Sunday lunch."

Siobhan added: "You probably saw me drinking a cup of tea at the table because that's on every episode."