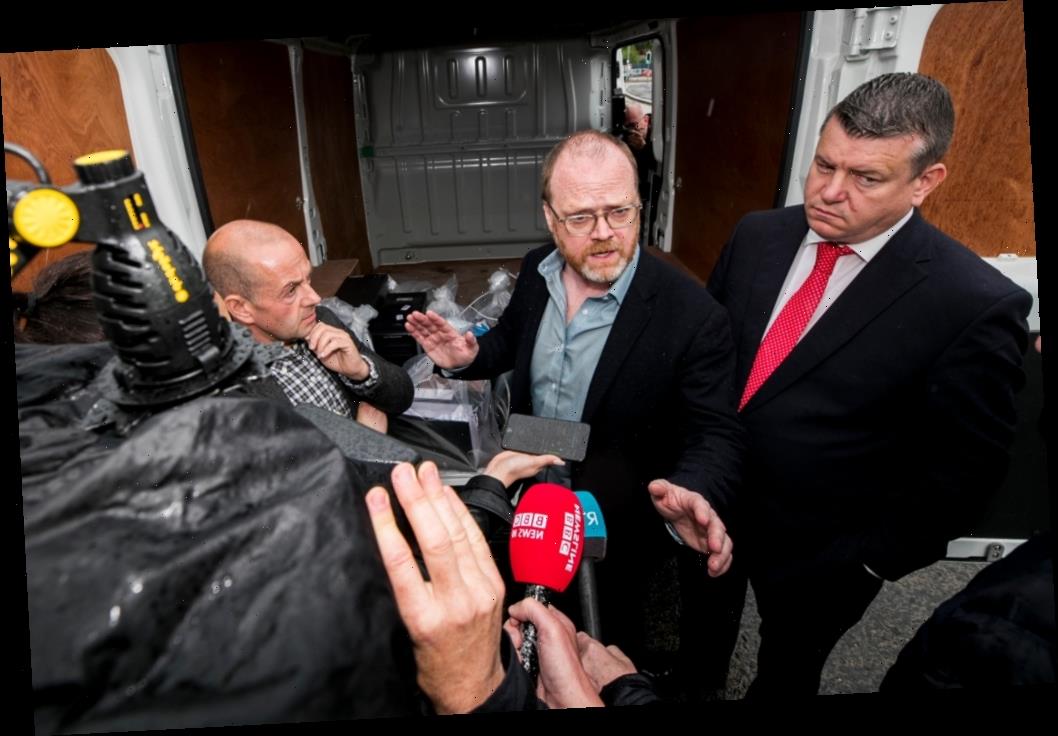 The two men had investigated the unsolved massacre of six innocent men by Loyalist paramilitaries at a small rural pub in the village of Loughinisland in 1994.

The drama will follow the events of 2012, when McCaffery and Birney were working with Oscar-winning director Alex Gibney (Enron) and Fine Point Films on No Stone Unturned, a documentary based on the massacre, when they anonymously received unredacted police files that would help them prove collusion between the police and the killers. After the release of the film, McCaffery and Birney were arrested in an unlawful police operation for alleged theft of the files and breach of the Official Secrets Act.

Late last year, police apologized for the arrests and agreed to pay significant damages to the two men who had been detained, had their homes and offices raided in dramatic fashion and were investigated by police for two years.

Brittney said: “I met Trevor and Barry while they were on bail and thought their story was incredible. It was such a clear attack on the freedom of the press, and showed the lengths our own government was capable of going to stop any investigation into their actions. I knew immediately that their story would make a thrilling and necessary drama in the same vein as Spotlight or Dark Waters”.

Producer Birney added: “We’re very excited to be working with Wild Nest Pictures. Barry and I first met Tom at an Amnesty International event and since then we’ve been very impressed with his passion and vision. This is a very personal story but we’ve found the right partner to tell it.”

Brittney is repped by The Gersh Agency and Authentic Talent & Literary Management in the U.S. and Waring and McKenna in the UK.