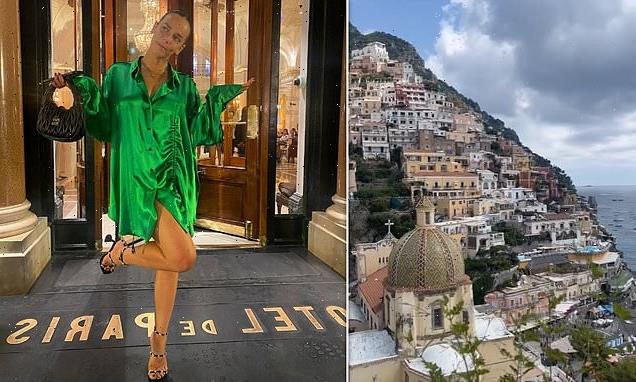 Grace Kelly’s granddaughter Pauline Ducruet poses in a shimmering emerald shirt from her gender neutral clothing range before jetting off to luxury £2,700-a-night hotel in Positano

The fashion designer granddaughter of Grace Kelly has shown her dedication to business as she took time out of her holiday to pose for fashion snaps.

Pauline Ducruet, 28, showed off her ‘favourite summer outfit’ of a shimmering emerald lulu shirt and strappy heels from outside the Hotel de Paris in Monte-Carlo, Monaco.

She designed the €450 (£378) silk outfit herself as a unisex and one-size creation to sell as part of her gender-neutral Alter Designs label.

It has raw edges and is adorned by recycled mother-of-pearl buttons and comes in amber, black and green.

Monaco royal Pauline, who is 16th in line to the throne, has since jetted off to Positano on Italy’s Amalfi coast with her boyfriend Maxime Giaccardi, where the pair are staying in a luxury £2,700-a-night hotel with amazing sea views and a Michelin-starred restaurant. 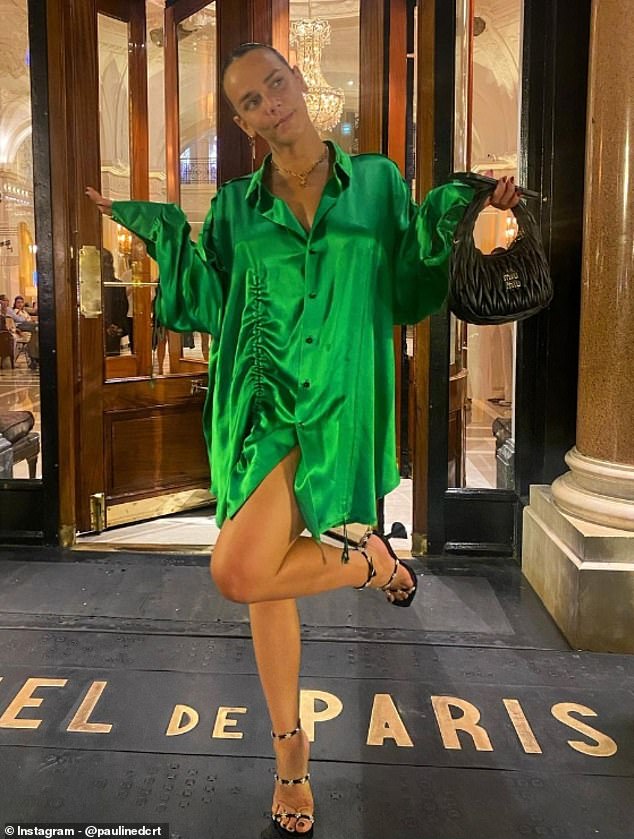 Pauline Ducruet, 28, showed off her ‘favourite summer outfit’ of a shimmering emerald lulu shirt and strappy heels from outside the Hotel de Paris in Monte-Carlo, Monaco. She designed the €450 (£378) silk outfit herself as a unisex and one-size creation to sell as part of her Alter Designs label 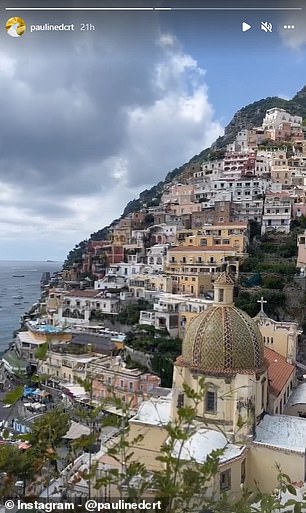 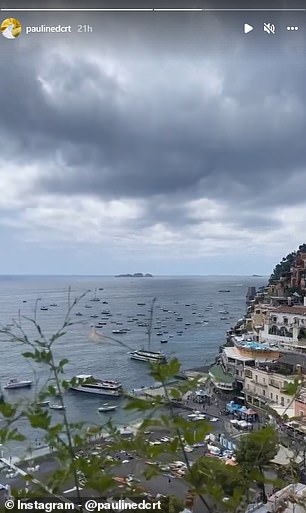 She donned the outfit before going to the Amalfi coast in Italy. She shared a video of Positano on her Instagram story from a luxury hotel

Pauline posted a video of herself enjoying the view of Positano’s famous Spiaggia Grande beach and the village in the hills as she sat beside the pool in Le Sirenuse Hotel.

Earlier this week the fashion designer and stylist enjoyed a spaghetti dish at the Conca del Sogno in Nerano.

Giaccardi posted a photo of himself and Pauline’s outfits yesterday as they dressed up for dinner.

He wore a navy shirt, white jeans and tan suede boat shoes, while his beau was in a frilly golden dress and daisy white shoes to match her clutch bag.

Although Pauline is part of the royal family and is the daughter of Princess Stéphanie she does not have a title and relies on her fashion business to sustain her enviable lifestyle.

Pauline Ducruet has made waves in the fashion world with her fashion label, Alter, which she founded in 2018.

She also noted the glamour of her grandmother Grace Kelly as an influential factor, with the Hollywood A-lister often remembered as the epitome of elegance.