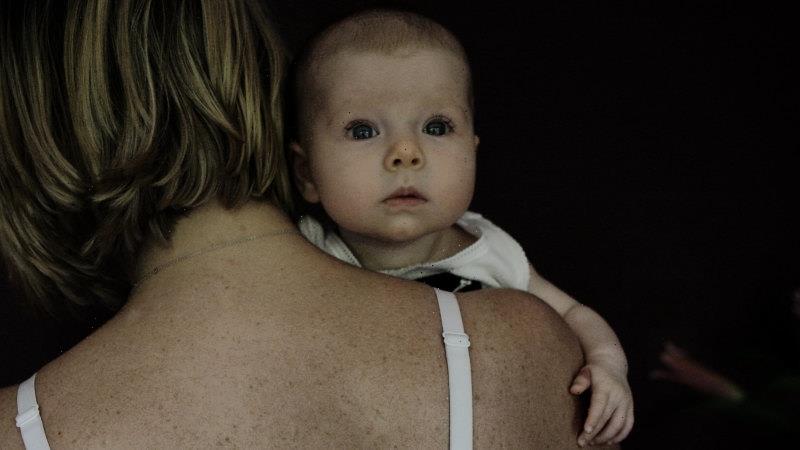 Superannuation will not be added to taxpayer-funded parental leave payments after the federal government rejected a plan from its own retirement income reviewer, leaving hundreds of thousands of Australian women to face being worse off in their savings if they have a child.

Ministers were considering the measure as they canvassed options for women’s economic security but ultimately decided it wouldn’t have a big enough impact for the amount of money required. Social Services Minister Anne Ruston, who sits on cabinet’s expenditure review committee, did not support the proposal. 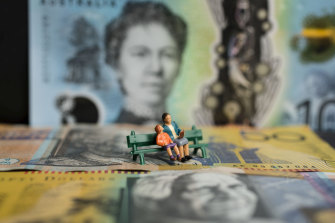 The government has dropped a plan to pay superannuation on top of taxpayer-funded parental leave.Credit:Dominic Lorrimer

Retirement Income Review chair Mike Callaghan had backed the idea, saying it would have only a small benefit but was worth doing. Analysis from Industry Super found 1.6 million women had taken up the government-funded paid parental leave scheme since it was introduced a decade ago but had missed out on $1.86 billion in super due to taking time out of the workforce.

Former prime minister Tony Abbott took a policy to significantly expand paid parental leave to the 2010 and 2013 elections, only to dump the policy when his leadership was in jeopardy. On Tuesday, the Greens will announce they want to expand the government-funded scheme – to mirror nearly what Mr Abbott originally promised.

Two Liberal sources who spoke on the condition of anonymity to discuss cabinet deliberations said the proposal to add super to parental leave had been considered by ministers but did not make it through the budget process to be put to Prime Minister Scott Morrison’s inner circle.

Mr Callaghan said adding super to paid parental leave would make a “small difference” to the income paid out in retirement when considering all aspects, including the pension.

“This is not to say you shouldn’t do it,” he said. “It’s very small [in terms of closing the gender gap] but it’s still worth doing for equity.”

His review also found scrapping a $450-a-month threshold would have only a “small” effect on retirement incomes but the federal government recently did it anyway, labelling it an equity measure that gave almost 200,000 women more super.

The Callaghan review estimated adding superannuation to government-funded parental leave pay would cost taxpayers $200 million a year, less than 1 per cent of the total budget.

The Sydney Morning Herald and The Age asked Women’s Economic Security Minister Jane Hume about the decision. She said the government’s focus was on increasing the number of people covered by superannuation and “making our system fairer and more efficient for women and all Australians”.

“There is no more powerful mechanism to improve women’s economic security, including in retirement, than ensuring women have a job,” she said. 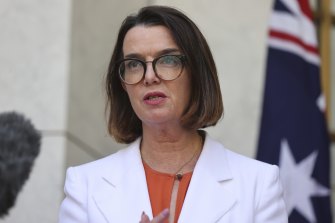 She also pointed to changes to the leave scheme in 2020 that allowed families to share the time between parents or allow the primary carer – usually the mother – to supplement part-time work with the payments.

Industry Super Australia’s advocacy director Georgia Brumby said the gender super gap widened dramatically during the years when mothers were out of the workforce. She saw the election due by May 21 as an opportunity “to fix this glaring inequity”.

The industry lobby analysed the 20 electorates with the highest number of parents who took paid leave. It estimated there are more than 78,000 women in six key electorates who have been affected, including the Liberal seats of Lindsay, Reid and Pearce, and the Labor-held marginals of Greenway, Lilley and Parramatta.

The Productivity Commission has recommended adding super to government-paid parental leave. The proposal is backed by several superannuation-sector peak bodies.

However, many other budget submissions prioritise increasing paid parental leave over paying super on the existing scheme.

The private sector is already leading the way. The Workplace Gender Equality Agency’s (WGEA) latest data included for the first time employers contributing super for periods of paid parental leave, with nearly half of those organisations with more than 100 staff doing so.

It shows that of those offering paid leave, 81 per cent pay superannuation as well. However, just 7 per cent of these organisations also pay it for any government-funded leave.

“This is a powerful signal from employers to their workers that says: we are investing in you, and your future,” WGEA director Mary Wooldridge said.

Labor took a policy of paying super on top of parental leave to the 2019 election. However, while it remains part of the ALP national platform, the party has not confirmed if it will take the policy to the 2022 poll.

The Greens’ parental leave policy would offer six weeks each to individual parents and a further 14 weeks to be used as they chose. If only one parent takes leave, the family is entitled to 20 weeks, but if they take turns caring for their new baby, they receive 26 weeks in total.

The government would fund up to 26 weeks of leave at full replacement wage plus super, with a portion offered to the second parent on a use-it-or-lose-it basis. This nearly mirrors Mr Abbott’s dumped plans for parental leave.

This use-it-or-lose-it component of leave has been advocated by economists including the Grattan Institute as the best way to encourage new fathers to take time off.

“The current parental leave scheme tends to lock mums into the role of primary carer and the loss of work opportunities that comes with it,” Greens deputy leader Larissa Waters said.

“We need to do much more to encourage both parents to share the parenting load, and to normalise working arrangements that help families juggle work and caring responsibilities.”

It would cost $24.5 billion over a decade, which the Greens say can be paid for with taxes on billionaires and corporate super-profits, and ending fossil fuel subsidies.

Mr Abbott’s original parental leave policy was for 26 weeks at full wage plus superannuation, to be funded through a levy on the nation’s largest 3000 businesses, but he had to dump it in 2015 in the face of unhappiness from his backbench.

At the time, the Greens indicated they would be willing to help pass such a scheme.