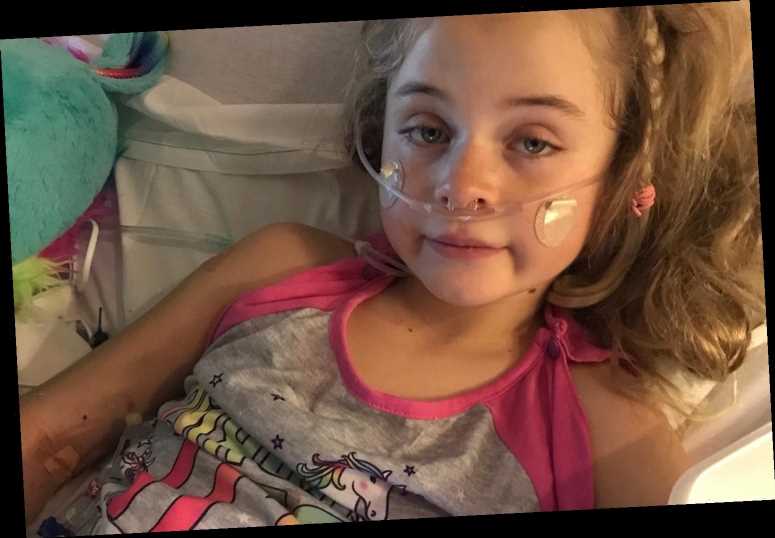 A New Mexico girl had to have part of her leg amputated after a recent "bouldering expedition" took a dangerous turn and ended with her pinned between two massive rocks.

Callaway Lewis was with her dad and older brother on Feb. 21, exploring "a location near their house that they've climbed many times," when the scary incident happened, according to a GoFundMe page set up on behalf of the family.

While Callaway was climbing a boulder, the rock started to slide and ended up crushing her against another boulder, the page stated.

The 8-year-old girl was rushed to the University of New Mexico Hospital, where she was admitted to their pediatric ICU and has undergone multiple surgeries, including an amputation at the middle of her shin, according to the GoFundMe page.

Now, as Callaway continues to recover and adjust to a new normal, the family's loved ones are showing their support by raising money on the GoFundMe page.

"Callaway Lewis is the strongest, bravest, 8 year-old I know," wrote the page organizer, Susan Mouzon Henderson. "She's never met a hill she won't run or a rock she won't try to climb. But today Callaway is facing a new challenge that will require every ounce of grace and courage she has."

"We know Callaway will have the courage to face the pain and the hard work of rehabilitation, and will have the grace needed to face the difficult days. But her courage can't touch the gap with the health care costs. That's something beyond the reach of a little girl," Henderson added. "We can work together to fill that gap to help Callaway and her family heal."

Following the incident, Henderson said specialists attempted to save Callaway's leg, but were unable to do so because her tibia and foot were "crushed."

In an update, Henderson explained that doctors needed to amputate the girl's leg halfway between her ankle and knee "because there is a very high likelihood of ongoing infections, the foot would have no feeling and would be immobile."

"She would have to endure countless surgeries for skin and muscle grafts to recreate a leg that would probably still not function," Henderson pointed out. As expected, the news has been "very difficult" for Callaway's parents but Henderson said they are "following the advice of the team so that Cali will have the greatest mobility in the future."

On Monday, Callaway had the amputation performed. The GoFundMe page stated that "it was quite a bit lower than anticipated" and that doctors won't know if was successful until Thursday.

If not, Henderson said they "may need to make another cut higher later." They also plan to do "skin grafts from the inner thigh to assure a good [wound] closure" later this week, according to the page.

In the meantime, Callaway has been focused on her recovery — "she is getting stronger at moving in the bed with her upper body and left leg," the page stated — but is suffering from phantom nerve pain.

"She's very wary of any movement because of the pain from all the broken bones, but that will improve with healing," Henderson explained. "At the moment the pain is quite intense."

"Her folks have heard a few giggles and seen a couple of smiles, so that keeps them encouraged," she added, noting that Callaway even got to enjoy the hospital's play area on Tuesday and shoot some hoops. With a long journey ahead of Callaway, people have rallied behind her family and donated over $195,000 to the GoFundMe page.

Henderson said the donations will go towards Callaway's hospital expenses and rehabilitation, as well as renovating the family's home "to accommodate [Callaway's] mobility challenges."

"They are so grateful for the tremendous support and love," she continued, adding that their support will help Callaway "return to her strongest, most active self."

Those interested in donating to Callaway's GoFundMe page can do so here.