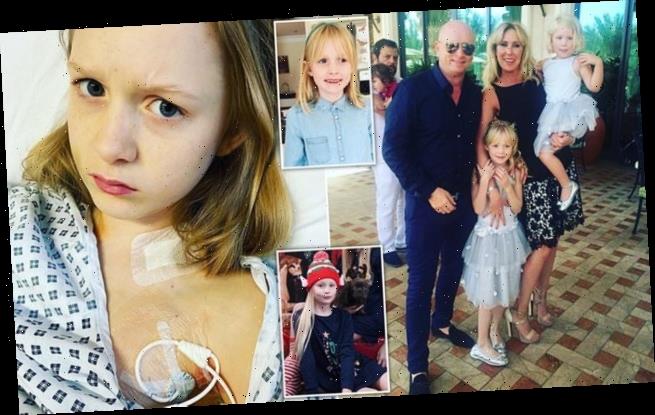 Girl, 12, suffering rare bone marrow failure faces a race to find a donor to save her life after doctors discovered at the last minute that her previous match was no longer compatible

A young girl who had been waiting on a bone marrow transplant was turned away from hospital at the last minute after being told donor was no longer compatible.

Libby Cotts, from Essex, was diagnosed with Severe Aplastic Anaemia in October.

The 12-year-old, who has been having weekly blood and platelet transfusions, had been expecting to be admitted to Great Ormond Street Hospital for six weeks to undergo the procedure.

But mother Gemma, 43, said when the family arrived on December 21 they were told the donor was no longer compatible and there was no choice but to go home. 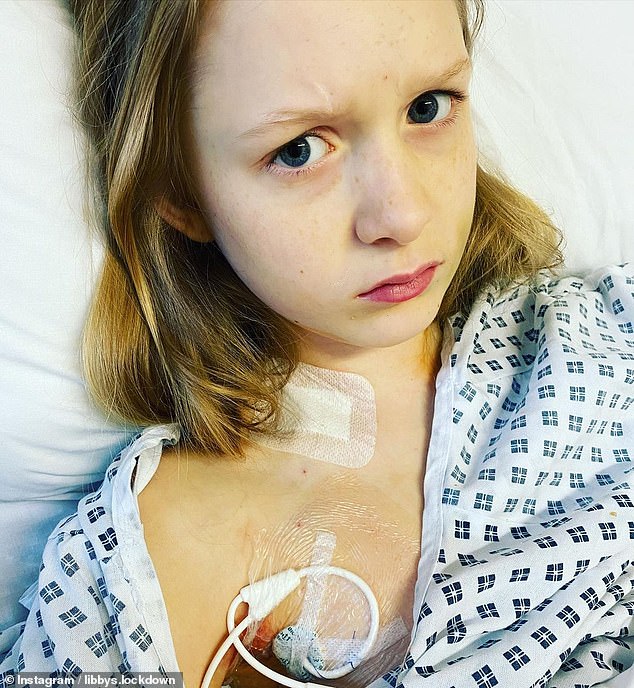 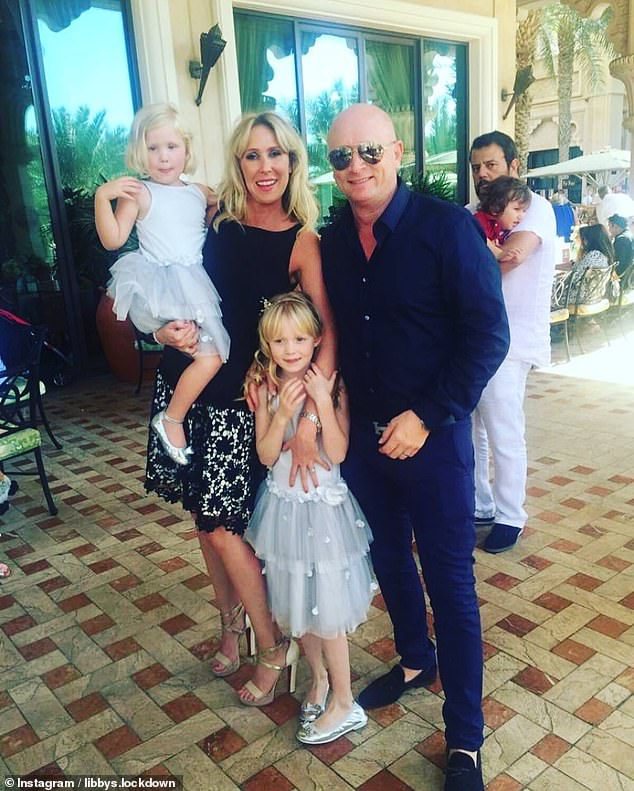 Gemma said that the whole family – including Libby’s father Paul, 48, and younger sister Sienna, eight – had been tested but were not a match to be a donor 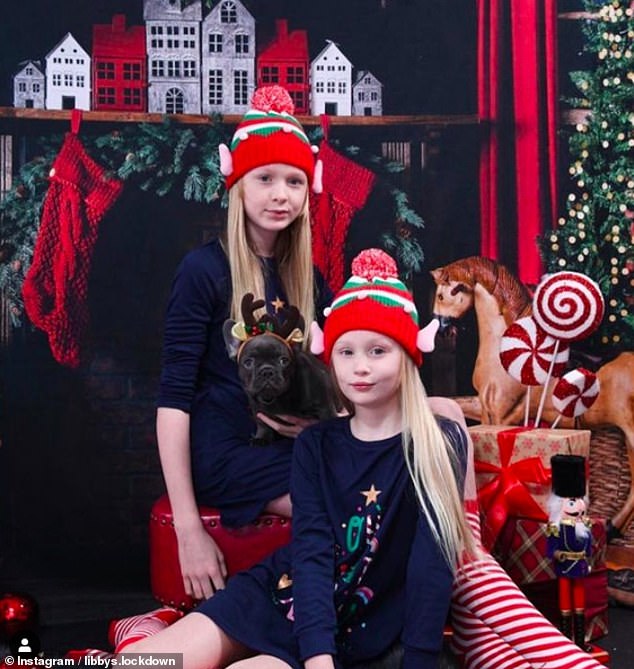 The family are now waiting to find another suitable alternative as Libby continues to undergo transfusions and is being ‘wrapped up in cotton wool’ due to a lack of immune system.

Libby was first diagnosed ‘by chance’ following an sports accident at school after she was hit on the hand by a hockey ball.

Gemma told FEMAIL: ‘Libby had a bit of bruising that had come up through the summer. But we just thought it was normal from where the kids had been outside, riding their bikes, falling over – that kind of thing.

‘But she had a little accident at school the school nurse noticed that she had a lot more bruises on her forearm, and the bruising where the ball had hit her hand came up really quickly. 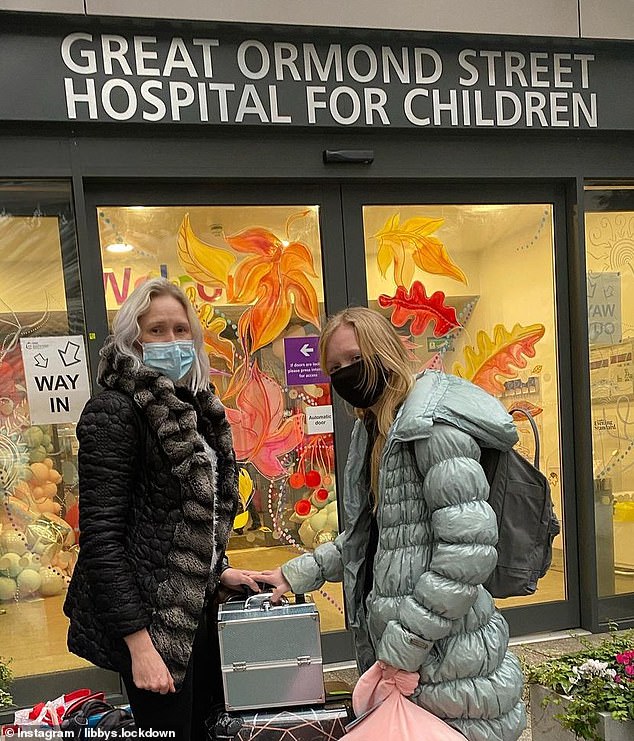 The 12-year-old, who has been having weekly blood and platelet transfusions, had been expecting to be admitted to Great Ormond Street Hospital for six weeks to undergo the procedure 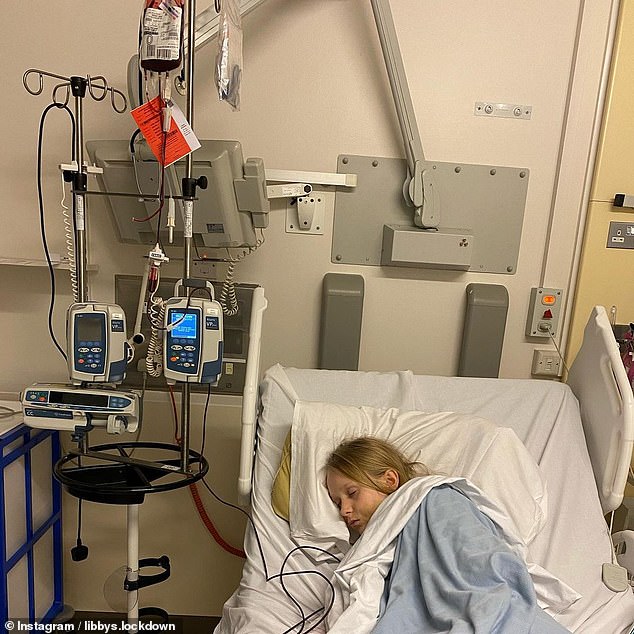 Libby Cotts, from Essex, was diagnosed with Severe Aplastic Anaemia in October

‘She mentioned to me that maybe we should get that checked out because the reaction time was really quick.

‘I decided to take her to the hospital because where my daughter goes to school the hospital is literally a stone’s throw away.

‘So I thought I would quickly just whizz her into A&E when I was picking her up to get it checked out.

‘They took her to get it X-rayed and said that it was broken. Then the nurse in minor injuries, which was actually empty at the time due to covid, asked if there had been any other ailments.

‘We said that she had nosebleeds, bleeding gums, little red dots had been coming up on her legs – called petechia – and these were all noticeable symptoms that indicated she could have a blood condition.

‘They sent us to paediatrics to get a blood test and it all just went from there.

‘They ended up putting her in a private ward in an empty A&E area. Then a doctor came in and told us that they thought there was a problem with her blood that could have been nothing, but could have equally been something quite serious.

WHAT IS APLASTIC ANAEMIA?

Aplastic anaemia is a serious, potentially life-threatening condition  in which the bone marrow and stem cells do not produce enough blood cells.

The condition causes a drop in levels of red and white blood cells and platelets.

Red blood cells transport oxygen around the body, so a lack of them can starve muscles of oxygen, making people weaker and tired.

White blood cells are crucial for the immune system to function, and platelets are what helps the blood to clot when someone is injured.

Aplastic anaemia usually needs to be treated with a bone marrow transplant to kick-start the body into producing enough blood cells.

The condition can be inherited but can also develop on its own at any time.

In some cases, aplastic anaemia can develop into leukaemia, and it can lead to life-threatening heart failure.

It is a rare disease thought to affect around one in 500,000 people and is more common in children and older people.

‘We had a platelet infusion that night at the hospital. They couriered her bloods over to Great Ormond Street Hospital that night and, in the morning, they sent us in a taxi to GOSH for more tests.

‘They thought first of all it could have been leukaemia because the traits are very similar to Aplastic Anaemia. Libby’s case is very severe, so its basically bone marrow failure that she has got.’

Doctors then found that Libby only has between five and ten per cent bone marrow when she should have about 90 per cent at her age.

Speaking about the family’s reaction to the diagnosis, Gemma said: ‘We were completely shocked.

‘I didn’t think that she had anything seriously wrong with her because she had no other real ailments apart from a few bruises and a nose bleeds and I thought they were just the normal things that kids have.

‘She had still been running around, dancing around and playing with her friends all the time. She didn’t seem lethargic or ill in any other way.

‘I think partly because of being in lockdown, and because she was wearing a mask and sanitising her hands if she ever did go out, she hasn’t actually caught a bug.

‘With her condition she has got no immune system which is the main concern. The bloods we can top up with red blood cells – haemoglobin – and the platelets we can top up.

‘But her white blood cells are her immune system and that they can’t fix until they get a donor, which is why we have been wrapping her up in cotton wool basically.’

Gemma said that the whole family – including Libby’s father Paul, 48, and younger sister Sienna, eight – had been tested but were not a match to be a donor.

Libby was put on a worldwide register to find a donor and the family were soon told a match had been found in Texas.

The youngster had then prepared to go into hospital for six weeks for the transplant procedure only to be told the donor was no longer compatible.

Gemma said: ‘We were meant to go in on December 21 after the hospital said they had found a donor. 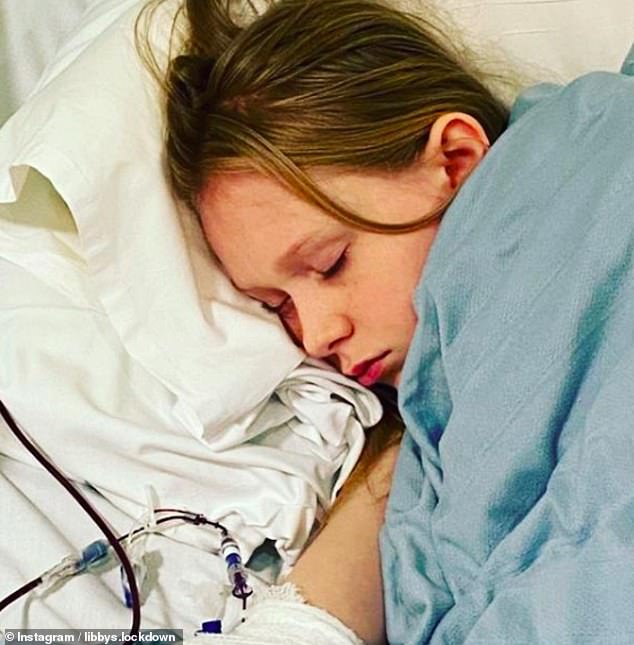 ‘It was a few days before Christmas and we had already done a Christmas for Libby because we knew we were going to be in hospital for about six weeks.

‘So we had taken a load of stuff with us and had unpacked all of our clothes ready.

‘But then the doctor basically just said we would need to go back home because the donor was not compatible any more – so we just had to pack everything back up.

‘What happened was is – because of Covid and because Christmas had been coming up – everything had been a lot slower.

‘So when they double checked the blood tests back in the UK from the donor in Texas. That is when they found that one thing wasn’t right and it was not compatible for Libby.

‘It was all a bit of a shock and Libby was so disheartened because she really just wanted to get everything done and have it all dealt with. She wants to get it done, get fit and get back to school – that’s her main priority.’

Gemma says doctors are now continuing to look for a suitable donor for Libby but the mother-of-two said: ‘I told the doctors I don’t really want to know about any potential donors until they’ve got a 100 per cent match now because I can’t go through all this again.’

Speaking about how her daughter is coping, Gemma said: ‘Libby has been absolutely amazing she has taken everything with a pinch of salt. She is so brave.

‘I think part of it is because she has not actually felt ill in herself. She can see the bruising and red dots come up on her legs when she knows her blood levels are low, but generally she has been really pragmatic about it all.

‘She has been absolutely amazing. I’m so proud of her. She’s been quite adult about everything and is probably handling it better than me.’

Gemma also revealed that the process had impacted the family including her youngest daughter.

She said: ‘I think Sienna has taken it the worst out of all of us. It has really effected her.

‘I think also because we have spent so much time in hospitals we have not really been together as a family a lot. There have been times where we have had three or four long stints of being in hospital with Libby, and she is only allowed one carer in [due to Covid].

‘The hospital visits aren’t a case of popping in and popping out – if I’m there, I’m there for the day or not coming home until one o’clock in the morning. 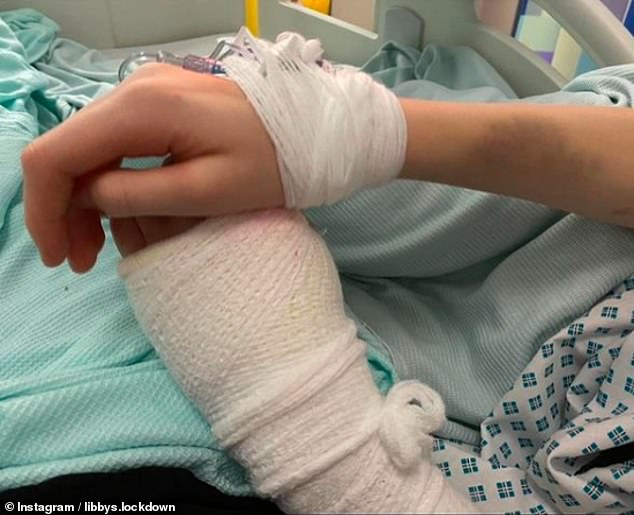 Gemma said that Libby’s school has been ‘amazing’ and is sending Libby work so she doesn’t fall behind due to lost days spent in the hospital.

There are now also a range of lockdown-related delays in sending out testing kits to potential donors as Gemma encouraged others to come forward as donors to help those in need.

She said: ‘I think giving blood and also becoming a donor doesn’t cost you anything. All it does is cost you time. So I think for those people who can’t afford to donate to the charities and do want to do something, that it is an amazing way of doing it.

‘Donors can also give platelets and people don’t realise you can do that as well as just giving blood – so there are all sorts of things people can give that will just help the NHS generally as a whole. 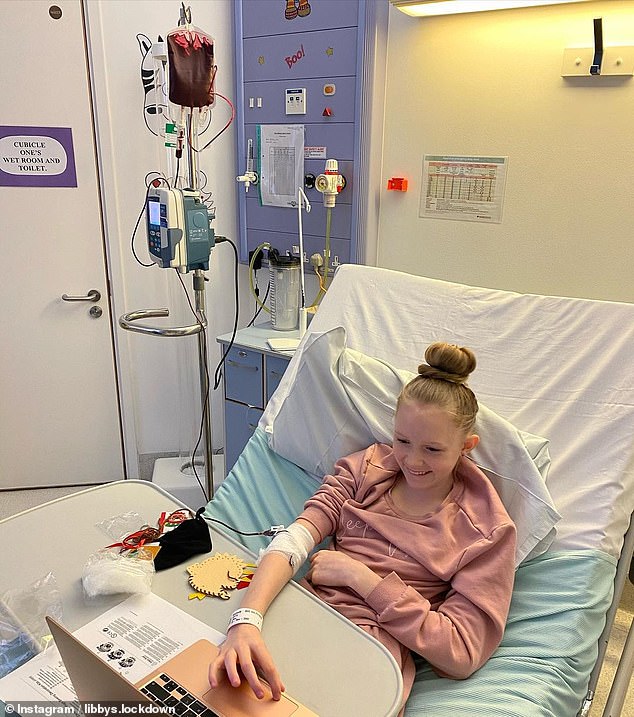 ‘To become a bone marrow donor is one of the least invasive procedures. They can do it like having a blood test or they can take it from your back so you can be in and out of hospital in a day.

‘In terms of joining the register, donors just need to do a swab that gets sent to their house for them to post back.’

Gemma now regularly gives updates about her daughter’s journey on the website Love For Libby with one post reading: ‘As a family we feel so helpless. All we can do is sit and wait for a call to say they have found a match.

‘This is why we want to help by spreading awareness.’

STACEY Solomon fought back tears on Loose Women today as she revealed she struggled to feed baby Rex and feared...