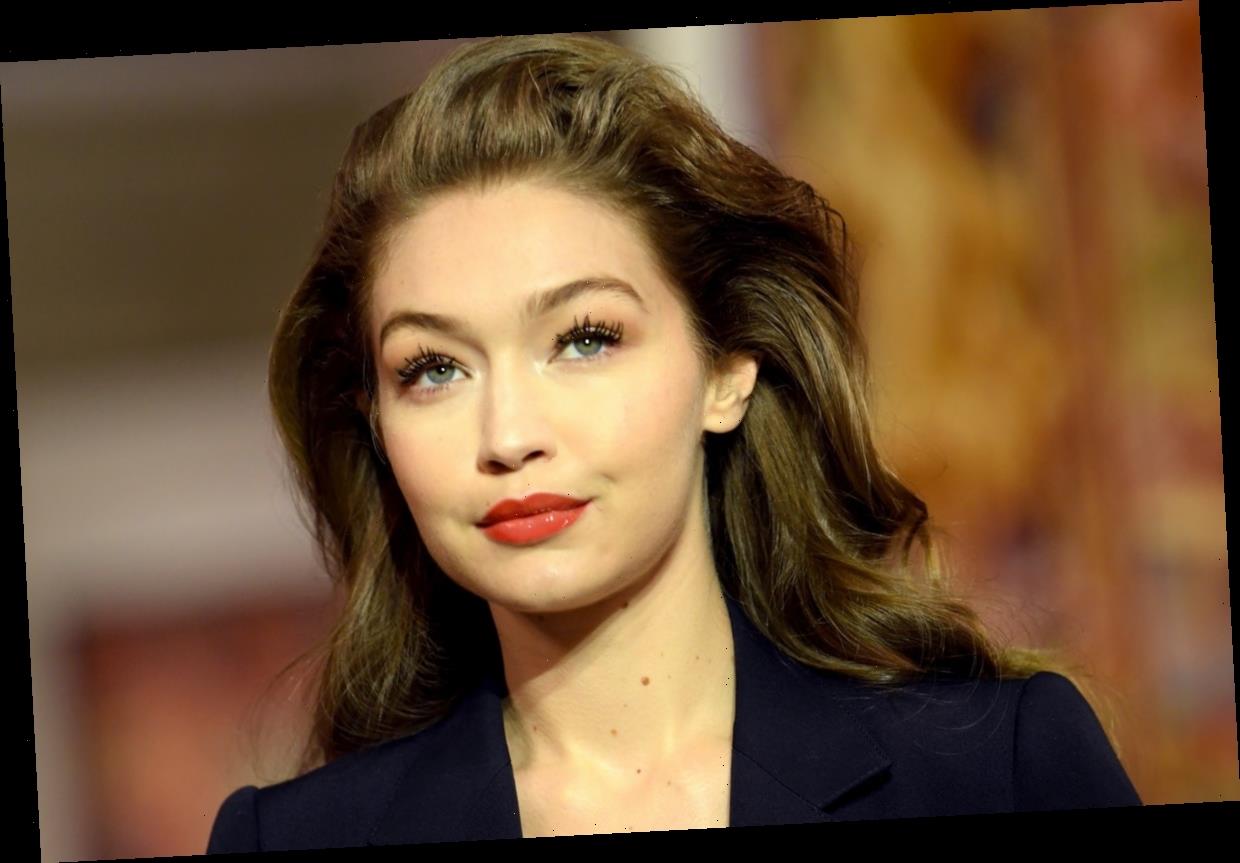 Celebrities aren’t immune to the power of pregnancy cravings, y’all. Nearly four months after giving birth to her daughter, Gigi Hadid’s tweets about discovering she was pregnant reveal the exact day she found out, and how she reacted to the news. Hadid also took the opportunity to detail how her boyfriend Zayn Malik and bestie Taylor Swift help her indulge in all her pregnancy cravings.

After Hadid posted some throwback snaps of her walking in Tom Ford’s Feb. 7, 2020 runway show, she revealed the event took place only a day after she learned she was pregnant. "I found out the day before the Tom Ford show," the model tweeted on Jan. 18. "I was so nauseous backstage but I learned I could kinda control it if I continuously ate, so my mom would pack me snacks before each show. Bless." Then, when a fan asked exactly what she craved during her pregnancy, Hadid gave the run-down.

"But during fashion month in Europe it was hard to find bagels so I ate mostly bread & Dutch cheese (except for in London, Taylor gave me bagels)," Hadid continued, referencing her long-time friend Taylor Swift, whose boyfriend, Joe Alwyn, is from London. "Backstage at Burberry was the hardest day with the nausea, I remember."

Hadid previously mentioned her bagel craving during an April 2020 appearance on The Tonight Show With Jimmy Fallon, which is when she finally confirmed pregnancy rumors for the first time. When Fallon asked about her go-to pregnancy food, Hadid said she’d been eating everything bagels every day, and her family even got her an everything bagel-themed cake for her 25th birthday, which was on April 23. "It was marble cake with chocolate buttercream and then chocolate chip buttercream inside. It was my favorite," she told Fallon. She shared a pic of the legendary cake on Instagram the day after her birthday if you want to see it for yourself.

Another one of her cravings: cupcakes. In September, Hadid took to Twitter to share exactly how she was treating herself. "Pregnancy is real when u order nationally shipped @sprinkles to be delivered to yourself," she tweeted. She also told her followers she’d been nomming on a lot of "supreme triple chunk brownies and make-your-own ranch mix dip with carrots."

I don’t know about you all, but I’m suddenly craving an everything bagel. And a brownie. And a cupcake.