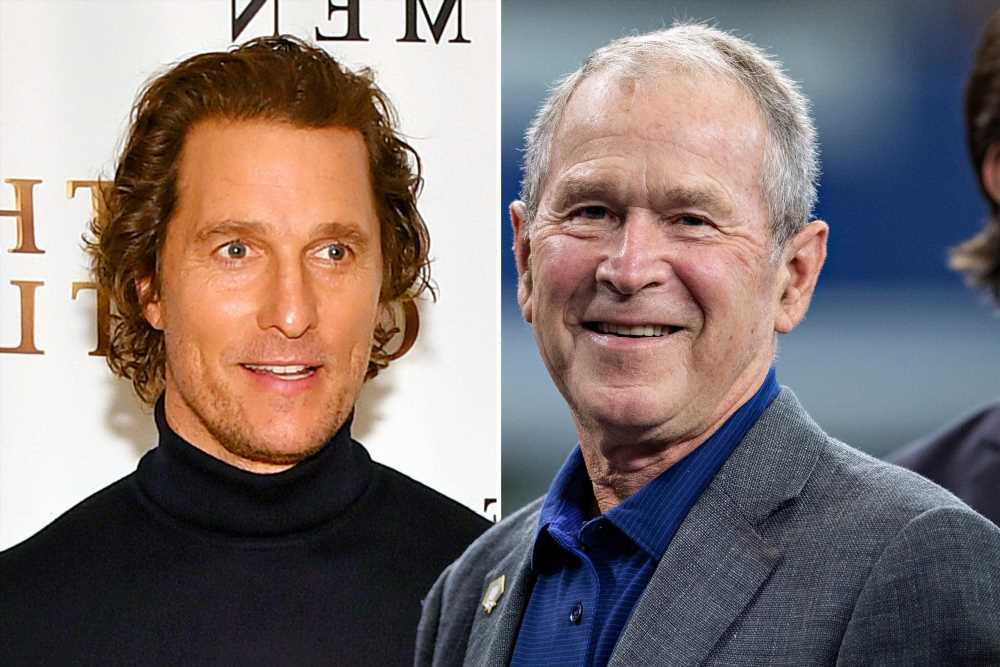 Matthew McConaughey: A political run is my ‘next chapter’

Matthew McConaughey begs his fellow Texans to ‘keep masking up’

Matthew McConaughey says he is considering run for Texas governor

George W. Bush has some advice for movie star Matthew McConaughey — the political world is not like starring in a rom-com.

“I tell you this, it’s a tough business,” the former president said on “Today” Tuesday, when asked about the possibility that the 51-year-old actor would run for Texas governor.

The “Dazed and Confused” star and Texas native has called a run for Bush’s old job a “true consideration” — and was even leading incumbent Gov. Greg Abbott in a recent early poll.

Bush’s daughter, Jenna Bush Hager, who co-hosts the show, first brought up the subject of McConaughey making a run, saying that the Lincoln pitchman “is making headlines down in Texas, dad.”

Co-host Hoda Kotb then chimed in: “And he’s actually ahead of Governor Abbott in the polls in this moment. So what do you think?”

A Dallas Morning News/University of Texas at Tyler poll released this week showed McConaughey currently has support from 45 percent of registered Texas voters, compared with 33 percent for Republican incumbent Greg Abbott, and 22 percent for “someone else” in a race for governor.

The poll also reflected that 66 percent of Democrats, 44 percent of independents, and 30 percent of Republicans favor McConaughey. Abbott is seeking a third term.

Bush noted on “Today” how his own approval ratings have gone up since he left office.

“If you’ve been president for eight years, the American people get to the point and they say, ‘surely we can do better than this fool.’ Then all of a sudden life gets in perspective,” he said with a laugh.

Bush served as Texas governor from from 1995 till 2000, when he resigned to serve as president.

Another new poll shows that 46 percent of Americans want to see Dwayne “The Rock” Johnson run for president. The “Moana” star has told USA Today he’d “consider a presidential run in the future if that’s what the people wanted.”

Bush has created a new series of paintings, and released a book on immigration.

He said on the subject on “Today,” “On immigration. There’s a handful of people, I don’t know how many, but there’s a group of people who are loud. But there’s a lot of quiet people out there who understand what I know, and that is we’re all God’s children and every life is precious and people need to be treated with respect. And that’s why I put the book out there.”