Gen Z Special: When we rule the world…

Avocado-scoffing snowflakes who are workshy and wedded to their smartphones? No way! Well, maybe the last bit… Five Gen Zeds reveal all to Judith Woods 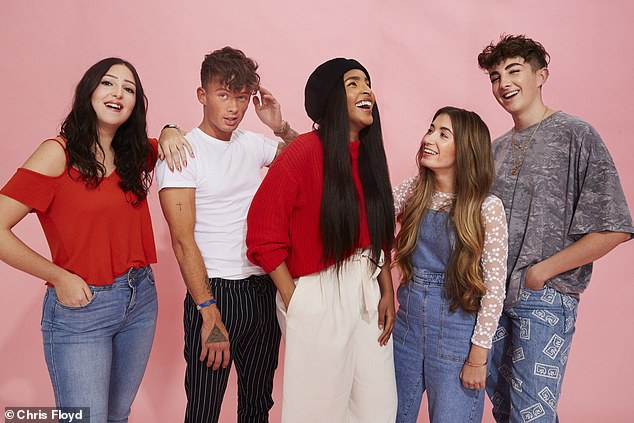 We know that Generation Z disapprove of everything their parents do, but what do they actually approve of?

We know that Generation Z disapprove of everything their parents do, but what do they actually approve of? Born just after the Millennials, they’re aged up to 23 and will be ruling the country within a couple of decades (or sooner, if they have their way). Variously seen as airheads who crave 15 minutes of bikini-clad fame on Love Island, or militant vegans who hate the thought of hurting an avocado, the truth is probably somewhere in between. We lured five members of Generation Z into an Insta-friendly photo studio and put them under the YOU magazine microscope to find out who they really are. 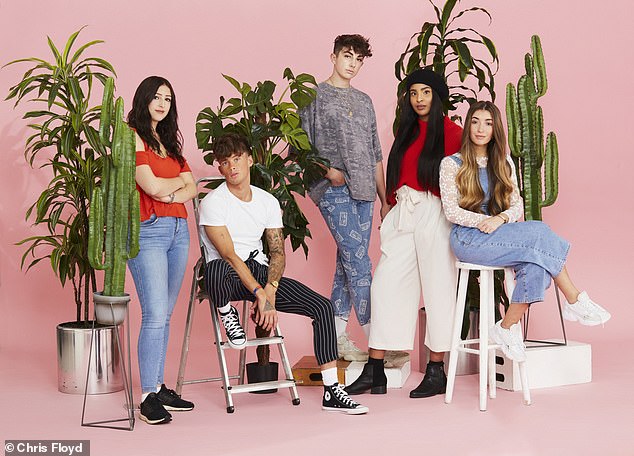 Do you actually eat avocado with everything?

It would seem that the Millennials’ fave is losing traction: only three of our Zeds enjoy it. Sam actively dislikes it. Lewys will eat it if someone else mashes it.

Are you really just wasting time on your phone all day?

Our Zeds bemoan their social media addiction, but still indulge. Addictively. ‘You know that function on your phone that tells you how long you’ve spent on social media?’ asks Lewys. ‘I just don’t want to know.’ Sagal admits she’s obsessed. Bella is conflicted: ‘We know social media sites are designed to keep us hooked, but it’s hard to tear ourselves away…’

Is it true you never get drunk?

‘Of course we drink! I’m not sure why older people think we don’t,’ says Lewys. ‘The distinction is that we drink to get drunk, but we can live without it. Parents seem to think two glasses of wine a night is a human right.’ Drugs such as ecstasy (MDMA) are so prevalent as to be unremarkable. ‘Some people prefer to smoke [cannabis] than drink. But either way, it’s been normalised,’ says Bella. Jude is the exception – he doesn’t drink because of alcoholism in his family. ‘I drink still mineral water; but it doesn’t make me boring.’

Is there anything you pay more attention to than Netflix?

When it comes to the environment, Generation Z aren’t as engaged as Millennials, although they cannily (cynically?) grasp the kudos of paying lip service to worthy causes. ‘I retweet stuff about saving polar bears,’ admits Jude, ‘but I have no idea what’s wrong with them.’ Sagal worries about plastic bottles. Bella and Sam feel no reproach towards the older generation for trashing the planet and driving diesel cars. ‘It’s not as though they knew the damage they were causing,’ argues Sam.

Do you really only wear expensive sportswear?

Comfort matters more than high fashion and nobody wants to look the same as everyone else. Mix and match is the dress code, and it doesn’t matter which gender it was made for. ‘I believe fashion has no labels,’ says Lewys. ‘I often wear clothes from shops targeted at females – at the end of the day, it’s a piece of fabric.’ Everyone agrees they haven’t got the cash for ethical or sustainable clothing but would like to think they might in the future.

What would you do if you were Prime Minister for the day?

Jude would reinstate the death penalty. ‘Rapists and murderers should be hanged in public,’ he says. ‘That’s very important; we need to watch them pay the price for their crimes. Oh, and potholes – someone needs to sort them out.’ Sagal would outlaw all prejudice. Bella would sort the NHS. The others reckon they could bring about world peace, which shows admirable faith in the power of British democracy.

Living your best life When what you are doing is helping you live your life to its full potential: ‘I’m eating avocado on toast and living my best life.’

Lit Can either be used to describe an exciting situation or being intoxicated: ‘Let’s get lit tonight.’

Turn up (or turnt up) It’s time to party.

Slay Describing someone who looks good and is confident about it: ‘You slay, girl!’

Yaaas queen A positive affirmation, used to greet someone living their best life.

Boujee An abbreviation of bourgeois, used to describe something that’s high class: ‘Your nails are so boujee!’

Basic A putdown derived from the term ‘basic bitch’ (someone who is only interested in mainstream fashion and trends). Often used to describe someone who is devoid of any interesting characteristics: ‘You’re so basic.’

Cancelled Describing something or someone who is no longer relevant to your life, also something that is not politically correct: ‘You’re cancelled.’

Bae Acronym of Before Anyone Else, it’s also another word for someone’s boyfriend or girlfriend.

Okurrr Formerly ‘OK’, this version is spun out by rolling your tongue.

Woke Alert to racial or social discrimination and injustice; frequently in ‘stay woke’

What age do you consider ‘old’?

‘Sixty plus, says Sagal. ‘Old is someone who’s retired. My dad is in his 50s and he doesn’t seem old to me. Plus, I work with people who are in their 50s and I know they are still living their best lives.’

Do you prefer screens to sex?

‘People our age are having loads of sex,’ says Sagal. ‘Hook-up apps mean they don’t even have to waste an evening on a one-night stand – they can meet someone immediately and have half the day left.’ She says it like that’s a good thing. But maybe it is. Bella observes that ‘friends with benefits’ (a commitment-free sexual relationship) is the norm at college and that it’s rare for anyone to go home with a stranger after clubbing. Much better to pick up the phone and make a booty call (a late-night invitation to have sex). ‘Maybe Millennials are thought to be less sexually active because they’ve had their crazy years?’ suggests Sagal.

Being a full-time YouTuber – like Lewys – would be top of the list. ‘We’re not just on social media all day because it’s entertaining,’ says Lewys. ‘It’s my work. There are so many 21st-century jobs out there that older generations have no idea about.’

Do you take offence very easily?

While Millennials are known for their passive-aggressive insistence on safe spaces and taking offence, our Zeds claim to be more relaxed. ‘Live and let live,’ says Bella. Sam concurs: ‘I don’t care whether someone is a vegan or non-binary as long as they don’t lecture me about their views.’

Are snowflakes [a term for hyper-sensitive, politically correct young people] a figment of our imagination?

‘What are they?’ asks Jude. ‘Never heard of them.’ The others are measured: ‘I get why the term is used by great-grandparents who’ve lived through wars, but it’s not an accurate description of young people,’ reflects Bella. ‘Life is hard and we have lots of pressures.’ Sam spells it out: ‘Being aware of injustice and prejudice doesn’t make us weak or snowflakey. Our generation has helped to highlight important issues, such as mental health.’

Do you worry you’ll still be living in a flatshare in your 40s?

Although not all of them have hit the job market yet, this buoyant bunch expects to be on the property ladder by their early 30s. ‘My music is gonna make me rich!’ cries Jude. ‘I’ll be in my penthouse with loads of cars, drinking mineral water.’ Everybody cheers. Their positivity is refreshing.

Do your parents embarrass you?

‘I love my mum, she’s so cute,’ sighs Bella. And Sagal. And Sam. And Lewys and Jude. ‘I used to disapprove of my mum drinking wine but now I drink it with her,’ Bella adds. Lewys (sort of) wishes his mum would stop boasting about him to friends. Sagal’s mum deliberately sings Ed Sheeran songs in public to embarrass her. Sam has set up a Snapchat group with her parents. Everyone agrees this is beyond cute.

Is eating meat the new smoking?

‘I tried to go vegan but buying special food was too expensive,’ sighs Sagal. ‘It was also tiring having to find alternative protein sources.’ Bella is pescatarian, the others are flexitarian, apart from Jude who ‘lives’ on red meat. Sam would like to be vegetarian for environmental reasons: ‘I love meat so it would be difficult, and I can’t see how just me not buying a steak will stop supermarkets selling it.’

What would you hate your parents to know?

There’s very little that Zeds feel is off-limits. ‘There’s not much my mum and dad don’t know about me,’ says Jude. ‘My parents are more like friends. Of course, we don’t discuss my sex life, but that’s just because it’s private.’ Bella concurs: ‘I have a great relationship with my parents – nothing is taboo.’

If you didn’t Instagram it, did it even happen?

‘No,’ says Sagal. ‘It depends on where I am – if I am out with my friends having fun then it’s become natural to take a picture and post it. But if the lighting is bad, it’s not going on my Instagram grid.’

Are you looking forward to working into your 70s?

This is very important. ‘I want to work really hard in my 20s then take it easy in my 30s and enjoy the rest of my life,’ says Lewys. Oh dear, who’s going to break the news to him?