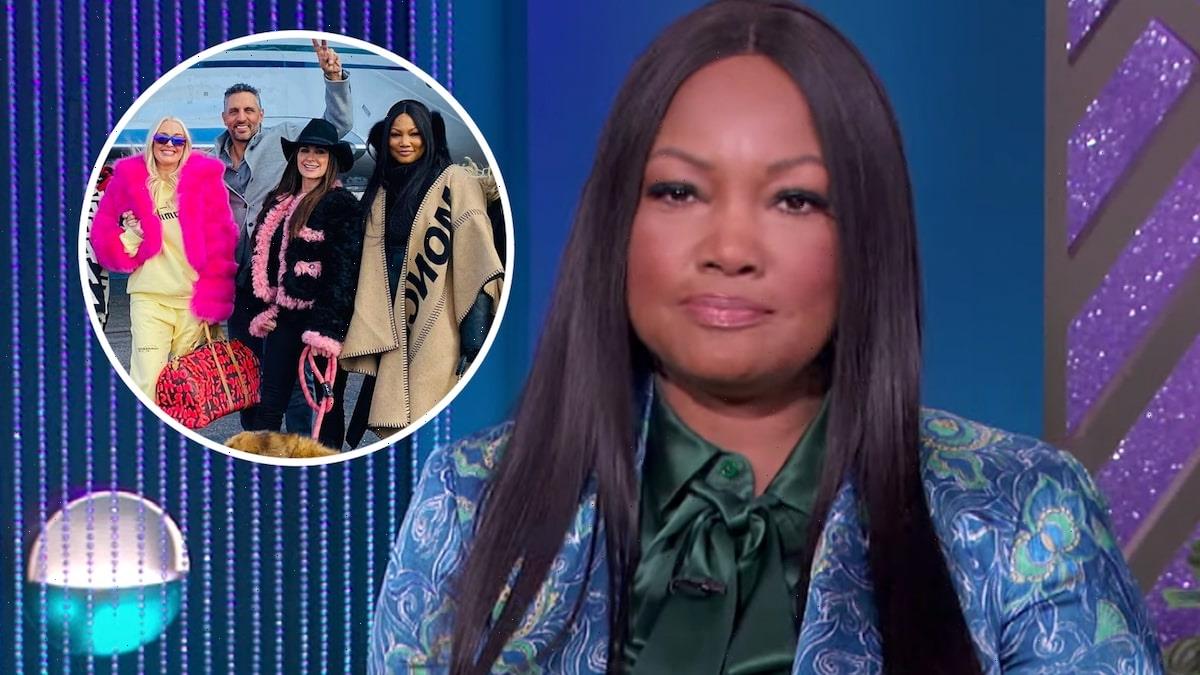 “Real Housewives of Beverly Hills” is currently filming its next season and the drama has already started seeping into social media.

Over the weekend, it was reported that both Sutton Stracke and Garcelle Beauvais unfollowed Erika Jayne on Instagram, following some kind of big fight during taping. The Housewives fandom was later thrown for a loop when they all started posting happy photos together — but, according to Garcelle, not all is cool between them right now.

On Tuesday’s episode of “The Real,” Beauvais’ cohost Adrienne Houghton brought it all up — and asked Garcelle what prompted her to unfollow Erika.

“Did I know it was going to cause World War III? Unfollowing someone is huge apparently because it was breaking news all over the place,” she joked. “Friends were texting me going, ‘I can’t believe you unfollowing her is such a big deal.’ But it is. I guess it’s a new way of saying I don’t like you, but I don’t want to tell you, so I’m just going to unfollow you.”

“People were outraged! She was outraged too, I think,” said Garcelle, before adding, “She could care less, I think.”

When it all went down Erika did respond on IG after one Bravo fan account noticed the unfollowing. She simply wrote, “Well me unfollow her back” — but Garcelle wasn’t sure whether that had actually happened. “I’m not checking for those things,” she added.

Pressing for more details, Adrienne asked, “We needed to know. I wrote down questions! My question says, ‘Does it have anything to do with her moral responsibility to what her husband did?'”

With that, Garcelle zipped her lips and refused to answer — before Houghton asked, “Would you say you all are friends or not friends?”

“Right now? Not friends,” she replied.

Erika has been a topic of conversation for “The Real” this week, after Garcelle on Monday said “so much more that [Jayne] could do” to show compassion to the alleged victims of Tom Girardi.

Check out that full conversation here.