How well do you know Frozen, as you prepare for Frozen 2?

Not as well as some of cast member Kristen Bell‘s friends, apparently.

The actress, who reprises her role of Princess Anna, reunited with fellow cast mates Idina Menzel, who plays her sister Queen Elsa, Josh Gad, who plays Olaf the snowman, and Jonathan Groff, who plays Kristoff, to dish on the sequel and reminisce about the 2013 Disney animated film that started it all. The movie contained the hit anthem “Let It Go,” performed by Menzel’s Elsa.

“When people found out I was in Frozen, I’d be in a group of people, and they’ll go, ‘Oh, and she’s in Frozen, she sings that song ‘Let It Go.’ And I’d always just go, ‘Yes, I do. Thank you very much,'” Bell said, drawing laughs from her co-stars.

Frozen 2 takes place three years after the events of the first movie. Elsa starts to hear a strange sound from the north calling her and embarks on a quest with Anna, Anna, Olaf, Kristoff and his reindeer Sven to discover the origin of her powers and save the kingdom of Arendelle.

“The first Frozen did feel like there was something extra special,” Bell said. “And this new world of Frozen really expands and they go outside the walls of Arendelle on this very exciting adventure. It’s great to have this group back together because they really feel like a family.” 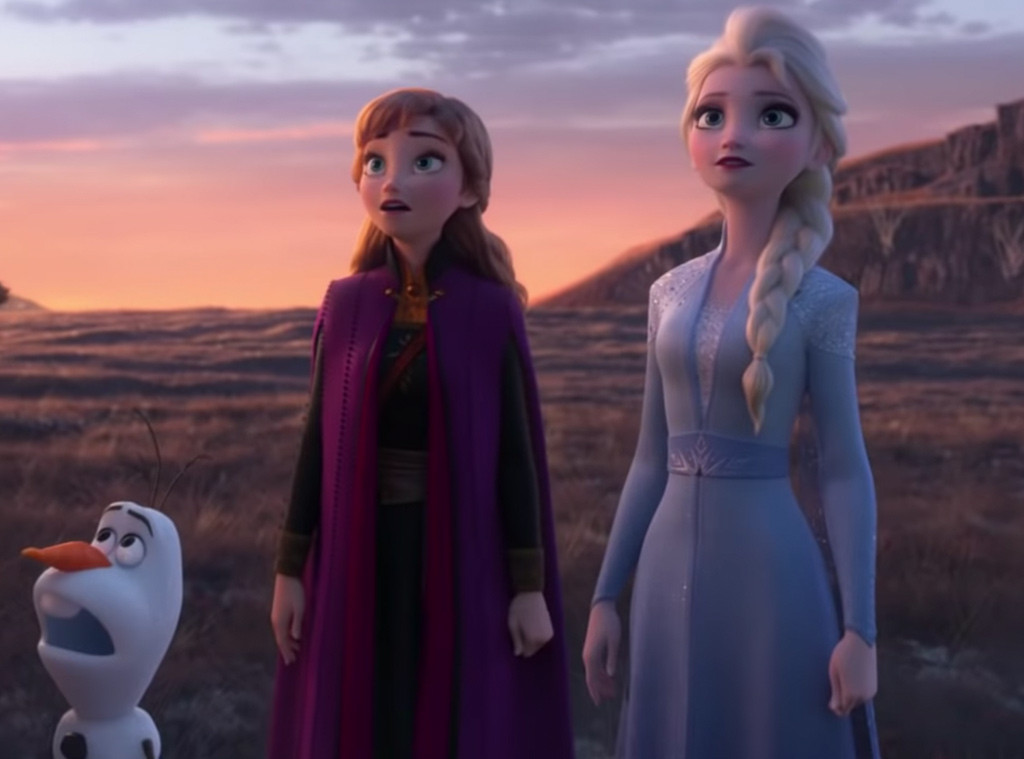 The fab four also lend their singing voices yet again to the soundtrack of the new film, which also features franchise newcomer Evan Rachel Wood, who also has her own solo song.

Frozen 2 is set to hit theaters on November 22. Tickets go on sale on Monday.