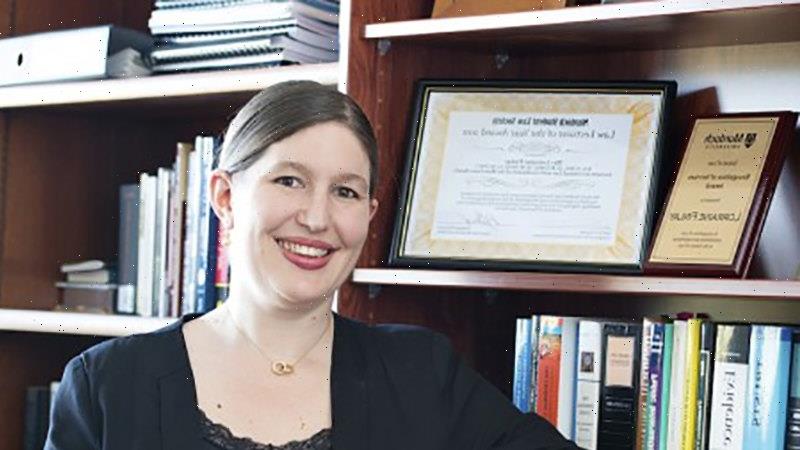 The University of Western Australia’s team did well at the 2002 Jessup International Law Moot, perhaps the most prestigious mock trial competition for law students, but came up short in second place.

Members of the team have done well since then though: of the team and their coach, half have been appointed by the federal government to the Human Rights Commission or High Court. Coach James Edelman was appointed to the High Court in 2017, just before his university friend Christian Porter became attorney-general. Porter later appointed Ben Gauntlett, one of the team members, to the Australian Human Rights Commission in the disability discrimination commissioner role.

This month Mr Porter’s successor as Attorney-General, Michaelia Cash, announced Gauntlett would be joined by a familiar face: Lorraine Finlay, who under her maiden name Lorraine van der Ende was the best speaker in the 2002 Jessup final. She will be Human Rights Commissioner. 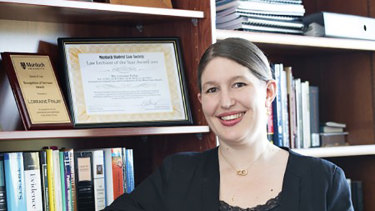 Newly appointed Human Rights Commissioner Lorraine Finlay has faced a storm of criticism but does not lack for defenders.

A spokesman for Porter, who overlapped with Ms Finlay at the Public Prosecutions office in Western Australia in the early 2000s, said: “other than the standard cabinet process, the minister had no involvement” in her appointment.

Like Gauntlett, Finlay was appointed without any transparent application process.

That has infuriated Labor and the Greens, who see her as an ideological pick for the commission designed to toe the government’s line.

Finlay has argued for a range of views backed by sections of the Coalition. She has said an Indigenous voice to Parliament would be “political segregation”; criticised section 18C of the Race Discrimination Act, which prohibits vilifying or offending people based on their race, as going too far; and has run for Liberal pre-selection.

As long ago as 2002, Finlay was quoted in the West Australian as the president of the Australian Young Liberal Students Federation, inveighing against what she saw as a proposal to reintroduce compulsory student unionism while students were “distracted by their exams”.

But Finlay’s friends and supporters argue she will be no government patsy but instead a principled voice for human rights from a classical liberal perspective, something they say the commission needs as coronavirus restrictions tamp down on many of the ordinary freedoms Australians normally enjoy.

Former Murdoch University law dean Gabriel A Moens, who gave Finlay her first job at the institution, says the commission has been essentially silent on the implications of restrictions on freedoms of movement and speech, as well as rights to privacy.

“We could as well do without the commission because their job, after all, is to comment upon the consequences for human rights of government policies, and they simply did not do that,” Professor Moens says.

“I would expect that that may differ when Lorraine takes up the position.”

Professor Augusto Zimmermann, a frequent co-author and former colleague of Ms Finlay who has himself been critical of the government on restrictions (he tore up his Liberal Party membership in a furious resignation letter earlier this year), agrees the commission has been too quiet. He isn’t sure how Finlay will approach the issue but says her overall outlook is one of concern for “fundamental rights”, a philosophy rooted in her time in the WA prosecutor’s office.

Aside from her time as a state prosecutor, Finlay has the CV of the smart, liberal lawyer her colleagues describe. After graduating from the University of Western Australia, Finlay went to the prosecutor’s office and then the High Court, where she was an associate to Justice Dyson Heydon long before he was hit publicly with a string of harassment and indecent assault allegations. Heydon has denied them, though an independent inquiry by the court found he had harassed six former court staffers. Nonetheless, the Heydon role was the marker of a young lawyer on a great trajectory. Finlay went on to work at Murdoch and more recently, a role fighting human trafficking with the Australian mission to the Association of Southeast Asian Nations. Senator Cash has defended Finlay’s selection based on those qualifications.

Finlay, who takes up the Human Rights Commissioner position in November, politely declined an interview and did not respond to requests to confirm biographical details.

In a statement, a spokeswoman for the commission said it had provided advice to the government and others to ensure measures to combat COVID-19 respected human rights, pointing also to several reports it has published.

“Our commissioners have been working closely with organisations on the frontline, advocating on their behalf to government and continuing our vital work of helping to make marginalised voices heard,” the spokeswoman said.

Tim Wilson, who was himself Human Rights commissioner before entering Parliament as a Liberal MP, argues the furore around Finlay is far from disqualifying.

“The role of the Human Rights Commissioner is to drive uncomfortable conversations, stir debate, and not be someone from central casting so Finlay is a welcome appointment,” Wilson says.

She will have to work with the government and community as well as holding up a mirror to each when required, he says.

“The first thing Finlay should do is a stocktake of COVID-19 measures, the evidence (or lack thereof) to justify them and make recommendations to government about whether they were proportionate and consistent with human rights principles; frankly it is something the human rights community should be embarrassed they have been so silent about.”

One of the key topics Finlay will have to confront is religious discrimination.

The government is pushing to get a bill through Parliament that would prohibit discrimination against people based on their faith and could, controversially, give protections to those who act on it such as footballer Israel Folau who suggested gay people, fornicators and others would go to hell.

Finlay, a strong supporter of religious freedom in principle, is not a fan of creating laws to protect it unlike many in the Coalition. She suggests such laws could be misinterpreted by judges, elevate religious concerns above other rights and freedoms, and fail to change community attitudes at large.

“Whenever there is a problem in Australia, the default position seems to be that the Parliament should do something to fix it,” Finlay has written.

Robert Forsyth, a former Anglican bishop of South Sydney, disagrees with Finlay on religious freedom but believes her overall outlook will serve her well. “You want people in these positions not to believe in endlessly expanding the role which is a temptation,” he says.

Former race discrimination commissioner Tim Soutphommasane will not comment on the commission’s approach to rights during the coronavirus but emphasises Finlay should do her job independently of government, and be seen to do so.

He is more pointed about the Racial Discrimination Act. “The vast majority of Australians reject racial hatred,” Professor Soutphommasane says.

“They don’t want to see important protections against racial hatred being dismantled in the pursuit of political ideology or culture war. If the issue were to be revisited, the government and the commission should expect a massive political backlash.”

It is a clear, if implicit, warning to Finlay, who he otherwise wishes well.

She has already stepped on one political landmine by opposing affirmative consent laws, which require someone to do or say something to indicate agreement to sex as part of a 2018 discussion with Bettina Arndt, the men’s rights activist.

Arndt had previously conducted a sympathetic interview with Nicolaas Bester, the teacher who repeatedly sexually assaulted Australian of the Year Grace Tame when she was 15.

Finlay’s announcement as Commissioner in turn triggered a furious response from Tame, who called the appointment a “grave mistake” that reflected a lack of understanding about the problem of rape, sex and consent at the top levels of government.

It is the one criticism Finlay has publicly responded to, tweeting that her issue with affirmative consent was a specific law reform issue (her argument is the laws suggest all sex is unlawful unless proven otherwise, undermining the presumption of innocence) echoed by other organisations.

“This is a law reform question that people can have different views about, while still sharing a firm commitment to condemning violence and protecting victims,” she said.