Foxtel has apologised after its chief executive Patrick Delany called Game of Thrones star Emilia Clarke a “short, dumpy girl” at the Sydney premiere of the show’s blockbuster spin-off House of the Dragon.

Delany was telling the guests gathered at Sydney’s Entertainment Quarter about his first time watching Game of Thrones when he made the comment, Crikey reported. 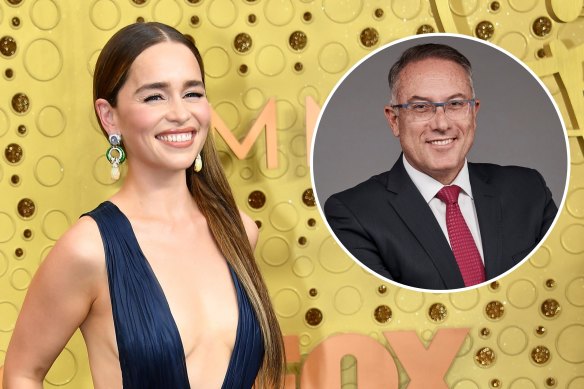 “I was like, ‘What’s this show with the short, dumpy girl walking into the fire?’,” Delany said, referring to a scene in which Clarke, playing character Daenerys Targaryen, walks into a bonfire to hatch her dragons.

Sarah Hanson-Young, Greens senator and spokesperson for the arts, attended the event and said the comment “went down like a lead balloon”. 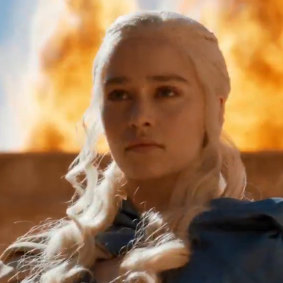 Emilia Clarke stars as Daenerys Targaryen in Game of Thrones, which concluded in 2019.Credit:ninevms

“[It’s] not just out of place in modern Australia, but with a strong theme of the new series being the fight for women’s leadership, and with such strong female leads, it seemed particularly odd.”

“The show itself was great – the story of strong, young women taking on the old, entitled boys’ club is on point.”

Another attendee said, “There was a distinct lack of oxygen in the room after he said it.”

Film critic Travis Johnson, who also attended the premiere, tweeted that he “turned to my mate for clarification as I simply didn’t believe someone would say that on mic”.

House of the Dragon is airing on Foxtel and Binge from Monday, August 22.

A spokesperson for Foxtel Group told Crikey the comment was supposed to be “self-deprecating” and issued a statement apologising on behalf of Delany, who has been CEO of the television company since 2018.

“The Foxtel Group apologises if his remarks were misunderstood and caused any offence,” the statement said.

“The aim was to convey that for him, Games of Thrones was something very different for television in 2011 and that Emilia Clarke went from relatively unknown to one of the most recognised and most-loved actors in television and film.”

House of the Dragon is a prequel to HBO’s original smash-hit Game of Thrones series, so Clarke is not involved in the show. Australian actors Ryan Corr and Milly Alcock join British Doctor Who star Matt Smith in the cast.

The last episode of Game of Thrones aired on May 19, 2019, and was widely panned but drew the largest audience in Australian subscription television history.

Clarke will next appear in upcoming Marvel miniseries Secret Invasion.