A couple who adopted two sets of twins – including severely autistic brothers – turned to TV experts for help on scaling back their lavish spending habits – so they can take their family to Disneyland.

Michael, 34, and Paul Atwal-Brice, 40, live in Barnsley, south Yorkshire, with their two sets of adopted twins Levi and Lucas, 12, and one-year-olds, Lance and Lotan, and like to make it special for them at their favourite time of year.

Levi and Lucas are both severely autistic and have epilepsy, and require full-time care from their dads who say they can’t help but spend thousands at Christmas because they’re not sure if it will be their last one – confessing to forking out over thousands on mini Versace dressing gowns, expensive baubles, and no less than 10 trees.

But the couple – who have also been foster parents to more than 20 children over their years, and gave up their careers to care for little ones – are desperate to take their brood on a dream trip to Disney World Florida, and so asked BBC’s Shop Well for Less team to help them cut their £15,000 bill down to just £3,000.

The sheer scale of their spending stunned some viewers watching the show who said they were ‘astounded’ they could spend that much, but others heaped praise on the ‘lovely’ duo for wanting to give their children special memories. 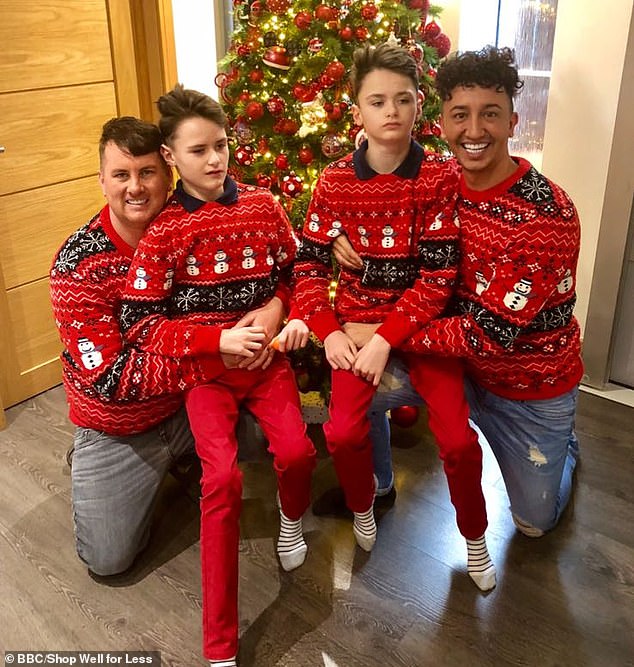 The Atwal-Brice family like to make the most of Christmas celebrating it by spending thousands on decorations and matching festive outfits. Paul (far left) and Michael (far right) with their eldest twins Levi and Lucas, 12, who have severe autism and epilepsy 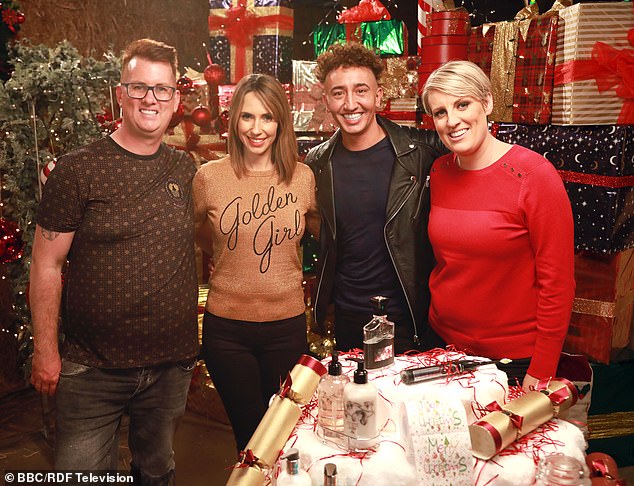 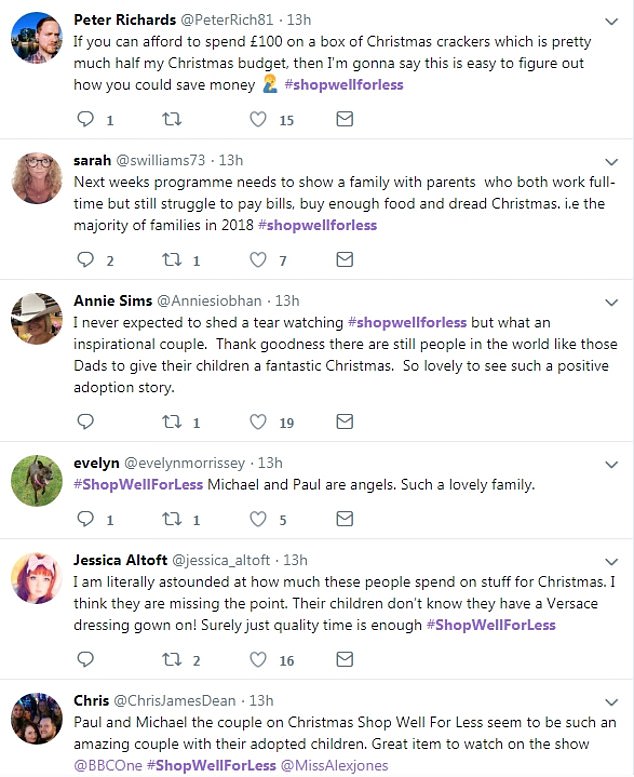 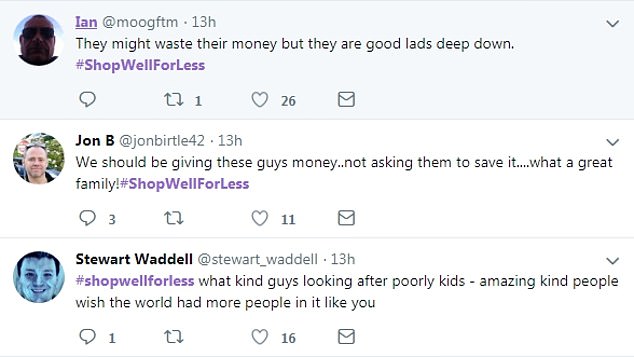 With 10 Christmas trees, over 600 baubles and 5,500 Christmas tree lights, Paul and Michael feel Christmas is all about making special memories with their boys and as a result don’t hold back on anything.

Presenters Alex Jones and Steph McGovern add up the total cost of the couple’s Christmas bill, including all the added extras, and decide it’s high time the couple cut back.

One viewer said: ‘I am literally astounded at how much these people spend on stuff for Christmas. I think they are missing the point. Their children don’t know they have a Versace dressing gown on! Surely just quality time is enough.’

‘There are people in this world who spend £100 on a pair of children’s pyjamas and £800 on a bathrobe? Insane,’ added another.

Over recent years since Paul and Michael adopted twins Levi and Lucas they have spent £15,000 on celebrating.

However many more were appreciative of the time and effort the dads had put in to caring for their sons: ‘We should be giving these guys money..not asking them to save it….what a great family!’

‘Who are these lovely amazing dads on this show. They might be rubbish with money but blimey they seem like lovely, awesome dads. Love em!’ said another.

The couple explained their reasons for splashing out: ‘Christmas is really special, we celebrate each one that we still have the boys with us.

‘Life is all about memories, because those memories are the only thing that can never be taken away.’

But the parents-to-four also love to take their family to Disney World Florida and are desperate to save extra pennies for their summer holiday.

The consumer programme, which aims to tackle seasonal spending habits, asked the couple to swap their most expensive items for cheaper alternatives and see whether they could tell the difference and make a saving.

In recent years Paul and Michael had managed to tot up a total of £8,000 on their decorations ten Christmas trees, and their bauble collection alone adds up to a whopping £3,500. 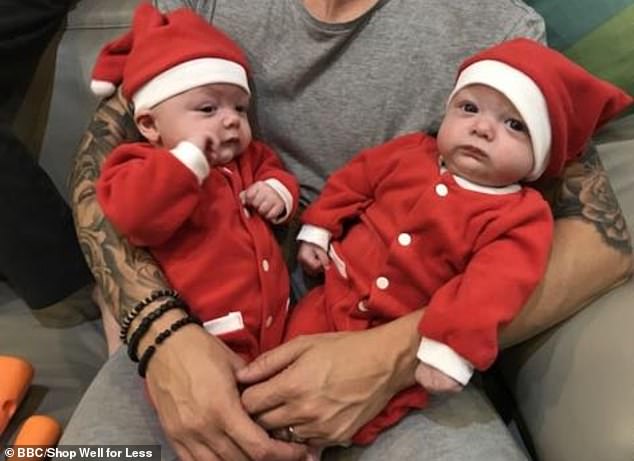 The couple also recently adopted a second set of twins, one-year-old Lance and Lotan who they like to dress in matching Christmas outfits 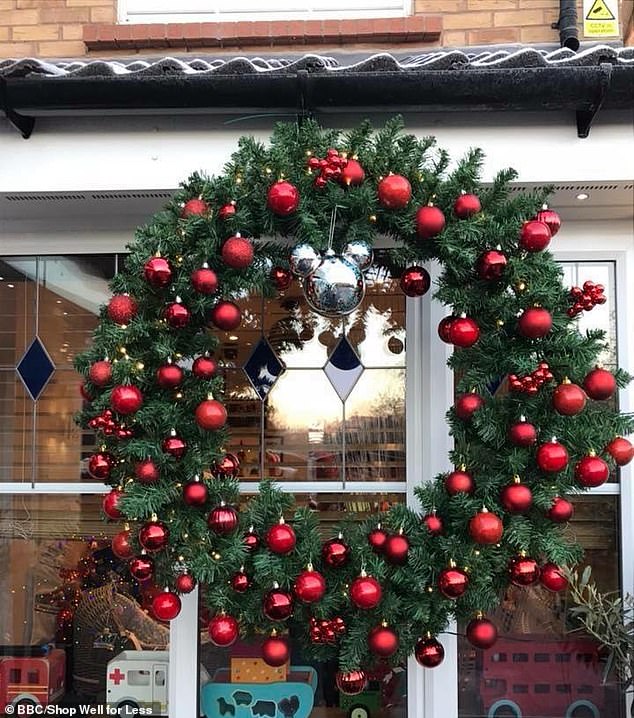 One of their enormous Christmas wreaths that cost a whopping £400, the couple like to splash out on expensive decorations but discovered they can cut the cost by making homemade versions

On Christmas Eve the dads like to put together boxes of presents, clothes and bedding that cost around £400; with Christmas day clothing for the entire family wracking up a £2,000 bill.

Ex-dancer and panto performer Paul, ex-retail manager Michael met 17 years ago at one of Paul’s shows in Cleethorpes 2001 and a few years into their relationship they decided to become dads and are now full-time professional foster parents.

They have fostered over 20 children; adopting Levi, Lucas, Lance and Lotan, and regularly still look after children in need.

Their dedication to making Christmas special even gets presenter Alex Jones emotional as she considers the reasons for the extravagance.

‘I think without them those boys wouldn’t have a home. I think they’re really special individuals,’ she says tearfully. 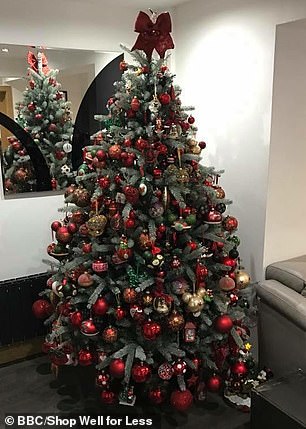 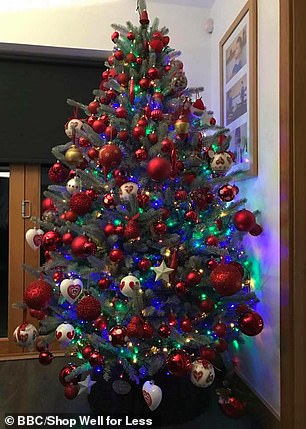 Paul and Michael have three huge Christmas trees inside the house and a further seven outside, with hundreds of pounds worth of baubles and lights hanging on them 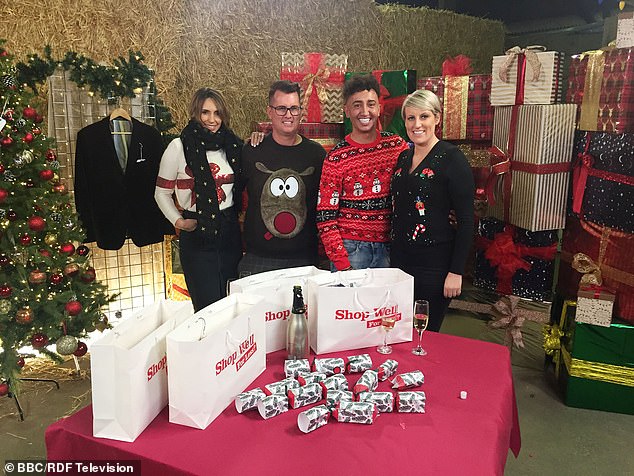 Totting up the total of their Christmas decorations, expensive presents luxury items means over the years the duo have spent £15,000 on the big day

Steph tells them: ‘You are both brilliant dads and you’ve gone out of your way to make Christmas special for your kids.

‘We don’t want to make you feel guilty but if you want to save money then these are definitely areas we can bring down the cost.’

Making some savvy choices like cutting back on the costly baubles and tree decorations, makes them a saving of £945.

Costly designer Christmas clothes and treats are swapped for high street brands meaning they can use the £800 saved on theme park tickets.

‘That is a holiday to Disney,’ Michael says in shock. 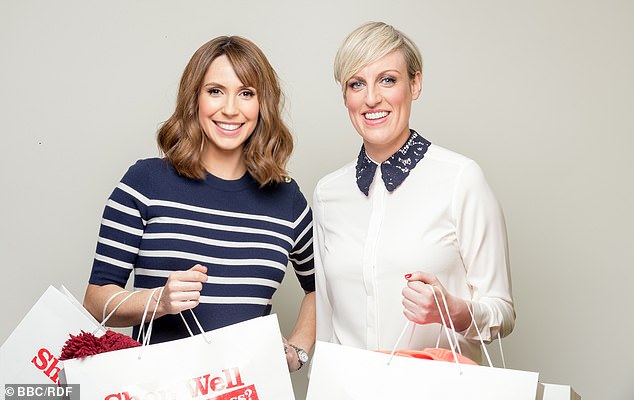 The couple are helped by presenters Alex Jones and Steph McGovern in the Christmas special, which aims to tackle seasonal spending habits and make savings