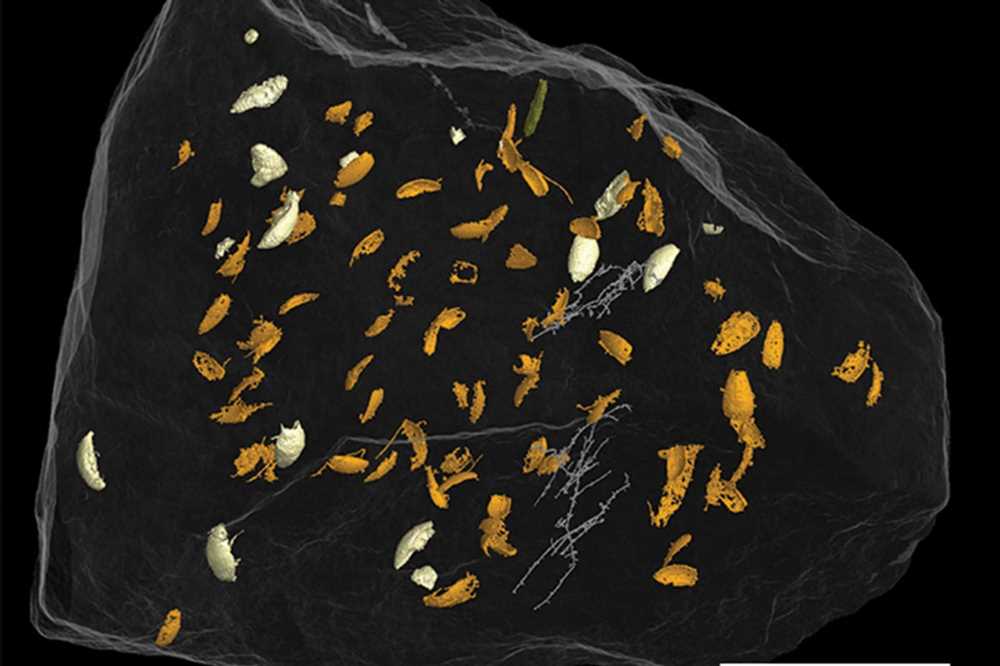 This is how gross the New York City subways have become

The largest-recorded dollop of Viking dung will blow your mind

Feces may actually be the key to the past.

In fossilized dung, scientists have uncovered complete specimens of a new species of beetle.

The beetle Triamyxa coprolithica was discovered in a sample of fossilized dung dating back to the Triassic period. The dung sample was likely produced by the dinosaur relative Silesaurus opolensis, which lived between 237 million and 227 million years ago.

Publishing their findings Wednesday in the journal Current Biology, researchers suggest that fossilized dung could contain more details about past life than originally thought.

The old poop — technically named coprolite —can, for example, offer a look into the diets of extinct creatures that body fossils simply cannot.

Qvarnström and colleagues used a synchrotron, which creates powerful X-rays to analyze a coprolite, from Poland. The team was curious if the older fossilized poop could match the fossil quality of amber specimens.

The synchrotron scan revealed whole beetle fossils and some fragments of the same species. The fossilized exoskeletons lacked the joints needed to classify them, yet the researchers reconstructed many of these features by putting together beetle fragments. The scientists were able to classify the new species as the entirely new family Triamyxidae.

In the paper, the researchers suggested that Triamyxa had a higher chance of surviving digestion than other insects due to its small size. The high number of Triamyxa suggests that it was very abundant where the coprolite producer was foraging.

According to paleontologist Karen Chin of the University of Colorado in Boulder — who was not involved in the study — feces can very quickly form into coprolites. This is because it often contains raw materials and bacteria necessary for mineralization, which can take just weeks.

Qvarnström and his team wrote that the study further highlights the potential of fossilized feces as an environment for preservation. Since the beetles were so heavily concentrated in the sample, and because they were well preserved in an environment with poor preservation potential, the researchers posit that coprolites may be the key to further archaeological discoveries.

“This dinosaur ancestor was doing a bit of the fieldwork for us,” said Qvarnström. “We wouldn’t have been able to find these insects otherwise.”