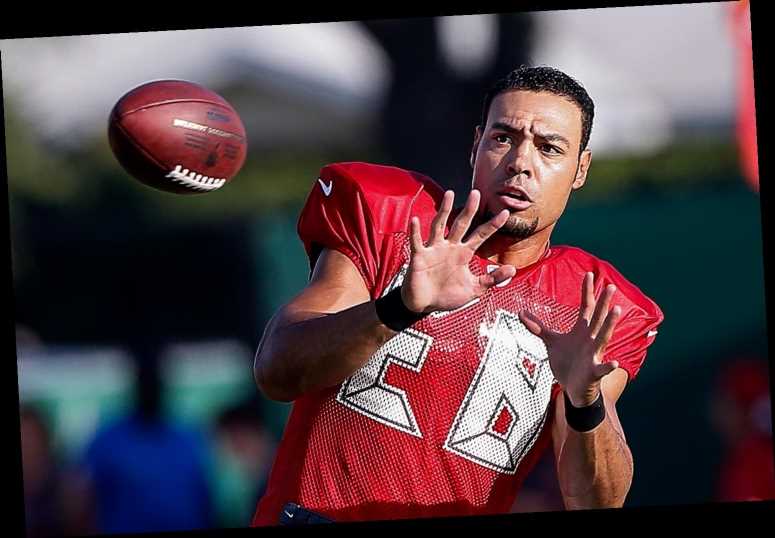 Vincent Jackson, a 12-year veteran of the NFL who was found dead in his hotel room on Feb. 15, may have suffered from alcoholism and a concussion-linked brain disease, the Hillsborough County Sheriff's Office told PEOPLE on Wednesday.

The body of 38-year-old Jackson was discovered Monday at the Homewood Suites in Brandon, Florida. The popular wide receiver played for the San Diego Chargers, then the Tampa Bay Buccaneers, before his retirement in 2018.

In a statement sent to PEOPLE, the sheriff's office said that while an investigation into Jackson's death is still ongoing, his family believes he may have suffered from chronic alcoholism and chronic traumatic encephalopathy, better known as CTE. CTE has been linked to a number of former NFL players following their deaths and is caused by repeated concussions and trauma to the head.

"Based on statements made by relatives of Jackson to detectives, his family had reason to believe he may have suffered from chronic alcoholism and concussions, however, the exact cause and manner of Mr. Jackson's death will not be certain until his autopsy, among other reports, is complete," the statement continued.

In a statement provided to PEOPLE, the Hillsborough Medical Examiner said "that there is no autopsy report at this time, and it will likely be several months before one is complete."

The statement continued, "Until then, manner and cause of death are pending further study by the Hillsborough County Medical Examiner." While not all football players develop CTE, it is prevalent in the league — in a 2017 study of the brains of 111 deceased NFL players, a Boston University researcher found 110 of them had the disease.

"[The family believes] wholeheartedly that all of these actions are a result of what he suffered from while he played in the NFL," Hillsborough County Sheriff Chad Chronister told Q105 on Wednesday, admitting the subject was still speculation at this point.

CTE can cause symptoms of depression, impulsive behavior, short-term memory loss and emotional instability, according to the Mayo Clinic.

A number of players like Philadelphia Eagles safety Andre Waters and former New England Patriots player Aaron Hernandez, who died by suicide in 2016 while serving a life sentence for murder, have been diagnosed with CTE after death.

In Florida, Jackson was beloved for his compassion and community outreach, Sheriff Chronister told Q105.

While he did not serve in the military, Jackson's parents were both members of the U.S. Army, he told Sporting News last year. This tie to the military was something he kept close to his heart and was one of the reasons he started JacksonInAction83, a foundation to help military families and their children.