‘Had a sherry?’ Footballer posts hilarious video of his nan, 66, face-planting into a pile of Christmas presents – and sees the comedy clip go viral

A young footballer has seen a clip of his nan face-planting into a pile of presents go viral after he shared it on Christmas eve.

Kyle Dempsey, 23, who plays for Fleetwood Town, captured the moment when his nan, 66, tumbled and fell head first into the gift pile – and then shared it to his 5,800 Twitter followers.

The comedy video sees Dempsey’s nan stumbling and then falling, narrowly missing a stone fireplace. Her legs are stuck high in the air as she recovers from the tumble. 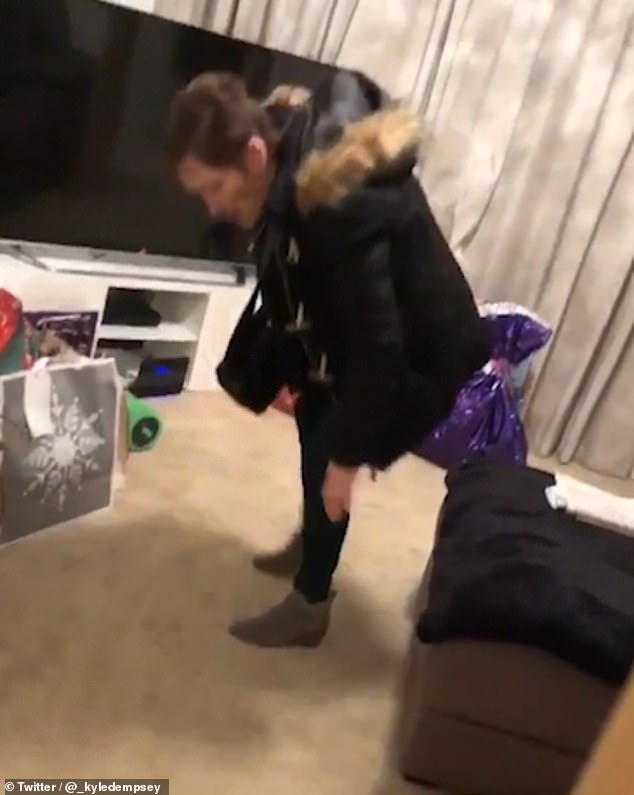 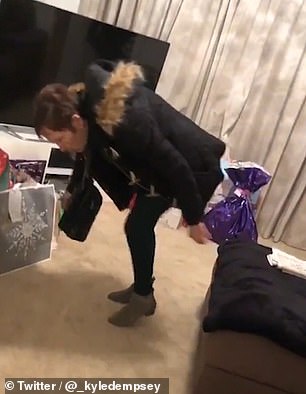 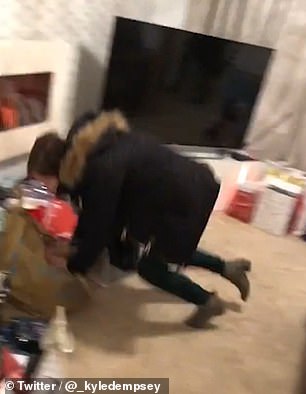 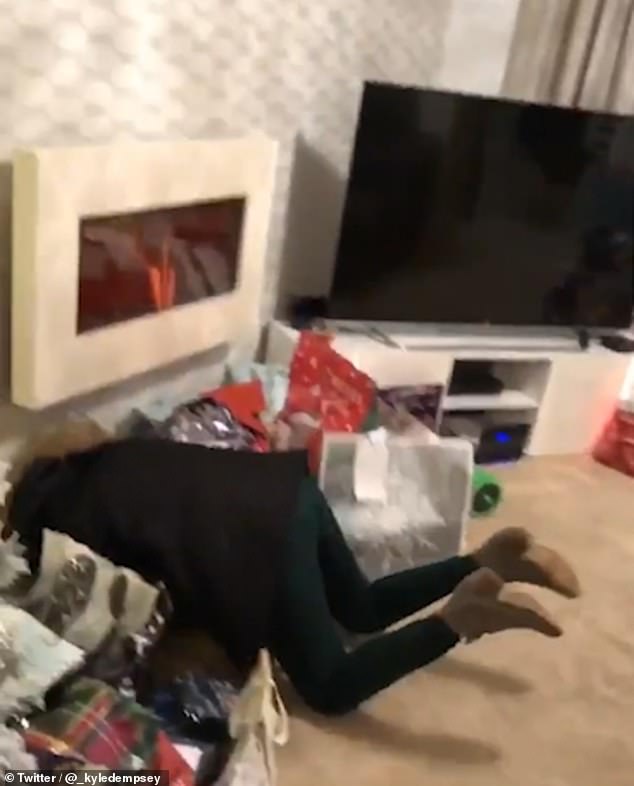 GONE! Narrowly missing a stone fireplace, the falling lady lands in a pile of presents

A laughing Dempsey is then shown giggling at the camera while his brother is heard bemoaning the fact he has squashed presents.

Posting the video, which has now been viewed by 1.47million people, @_kyledempsey wrote: ‘Honestly crying! This is my grandma 66-year-old today, then you have my brother raging at the fact she’s crushed his presents. What a start to Christmas.’

Dempsey later followed up with a reassuring message, saying his nan was fine after the fall.

He wrote: ‘Just to confirm my grandma escaped without a scratch or bruise. Everything okay. Merry Christmas everyone.’ 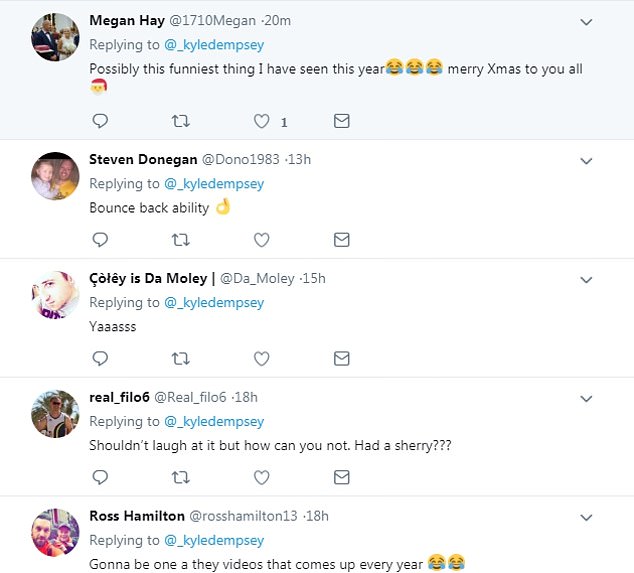 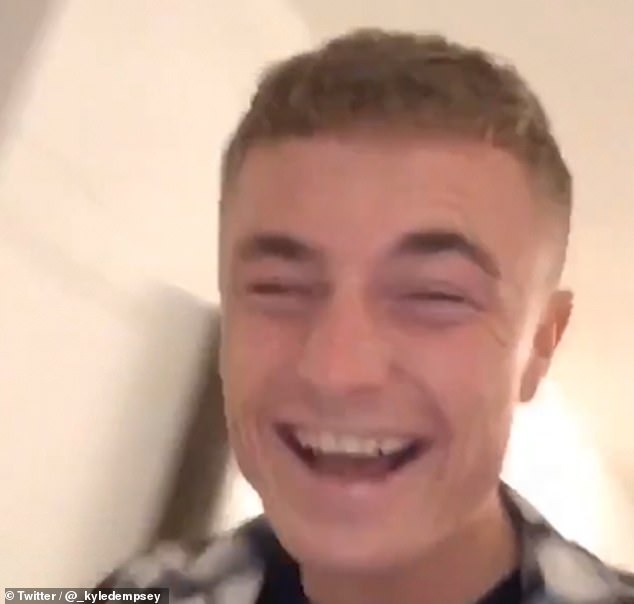 As Dempsey’s brother is heard moaning about the fact his nan has squashed his presents, the footballer can’t help but share his laughter

After seeing the video, people shared their laughter.

@Real_filo6 wrote: ‘Shouldn’t laugh at it but how can you not. Had a sherry?’

@1710megan added: ‘Possibly this funniest thing I have seen this year’

@Real_filo6 penned: ‘Gonna be one a they videos that comes up every year.’