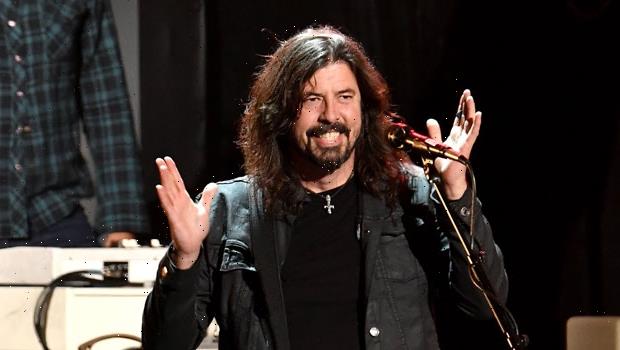 Rock royalty set the stage on fire at the MTV VMAs. After winning the Global Icon Award, Foo Fighters tore the house down with a wild performance of some of their best songs.

History was made on Sept. 12, 2021, when the Foo Fighters became the first U.S. recipient of the MTV Global Icon Award. However, the band – Dave Grohl, Nate Mendel, Taylor Hawkins, Chris Shiflett, Pat Smear, and Rami Jaffee – didn’t come to the 2021 MTV Video Music Awards just to accept a Moonperson trophy. They came to rock – and rock they did. The band, who burst on the scene in 1995 with their self-titled album, showed why they’re the definition of “living legends” by performing a medley of hits that included “Learn To Fly,” “Shame Shame,” and “Everlong.” Eagle-eyed fans noted that drummer Taylor honored the late Charlie Watts, writing the Rolling Stones drummer’s name on his kit.

Before the performance, Billie Eilish introduced the band, praising them for “carrying the torch of rock and roll” since their debut. “They are heroes, they are legends, and now, they are officially Global Icons.”

The performance marks the first time in over a decade that the Foo Fighters have rocked the MTV VMAs. In 2007, the band played a Fantasy Suite show that saw guest appearances from System of a Down’s Serj Tankian, Cee-Lo, Mastodon, Queens of the Stone Age, rock god Lemmy Kilmister, and Eagles of Death Metal.) The Foo Fighters were also nominated for three awards: Best Rock, Best Choreography, and Best Cinematography for their “Shame Shame” video.

Normally a staple of the MTV European Music Awards, the Global Icon was given to the Foos because their “unparalleled career and continued impact and influence has maintained a unique level of global success in music and beyond. The VMAs will honor the global icon who has left an indelible mark on the musical landscape and continues to influence, inspire, and evolve,” per a press release. The group now joins a select group of winners that includes Bon Jovi, Queen, Ozzy Osbourne, Duran Duran, Janet Jackson, U2, the late Whitney Houston, Eminem, and Green Day. 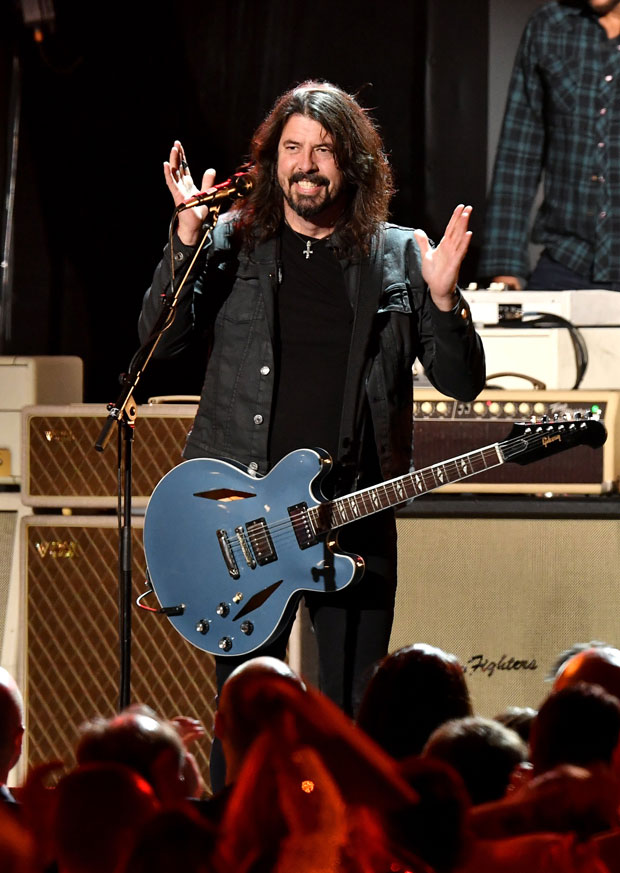 Earlier in 2021, the Foo Fighters played President Joe Biden and Vice-President Kamala Harris‘ inauguration, performing “Times Like These” at the event. Before the virtual performance, Dave said it was the favorite son of his mother, Virginia Grohl, who was a school teacher for 35 years. He dedicated the song to Dr. Jill Biden and other teachers – who were “faced with unprecedented challenges” during the COVID-19 pandemic. “But through dedication and creativity they faced those challenges head on,” he added.

In October, Dave will publish The Storyteller, a collection of “memories of a life lived loud.” The memoir will share his experiences from “growing up in the suburbs of Washington, DC,” to hitting the road at the age of 18 as a member of punk band Scream (who have now launched a Kickstarter to fund a new record) and “all the music that followed.” Considering who Dave has performed with – everyone from Mike Watt to Tenacious D to David Bowie to the Zac Brown Band to Diddy to Halsey on her new album, If I Can’t Have Love, I Want Power – this book is a must-read for those curious about the stories behind this living global icon.