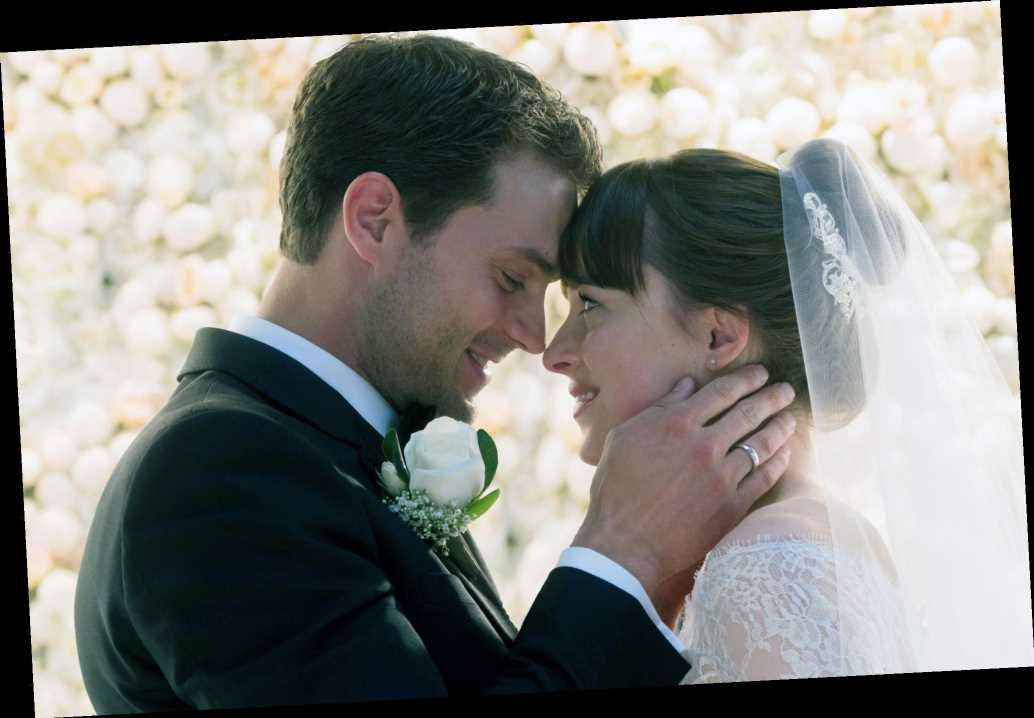 Mr. Grey will see you now — and perhaps for the final time.

The final installment in the Fifty Shades of Grey trilogy told from Christian Grey's point of view is set to drop on June 1. The series in a spinoff of the wildly popular books by E. L. James that chronicle the intense relationship between Christian and Anastasia Steele.

The British author, 58, announced her book's release date over the weekend, sharing a piece of "Save the Date" wedding-style teaser art along with the promise that the cover for Freed: Fifty Shades Freed as Told by Christian would be revealed soon.

"SAVE THE DATE!! Freed (Fifty Shades Freed as told by Christian) will be with you in North America and the UK on June 1, 2021," James captioned the post. "Pre-orders will be available shortly at your favorite retailer. Dates for other territories to follow."

James said in a press release published Sunday that the final installment in the story of Christian and Ana "has been a labor of love" that her "readers have been eagerly awaiting."

"For me, just as for Anastasia Steele, Christian is a challenging, infuriating and endlessly fascinating character," she added. "Living in his head is exhausting, but I got to explore aspects of his life in Freed that we only glimpsed in the original trilogy, and to follow his emotional growth in response to Ana's love and compassion." The latest book comes six years after James published her first spin-off from Christian's point of view, Grey: Fifty Shades of Grey as Told by Christian.

"Christian is a complex character," she said in 2015 a press release, "and readers have always been fascinated by his desires and motivations, and his troubled past."

"Also, as anyone who has ever been in a relationship knows, there are two sides to every story," James added. "It's been a great pleasure to return to my happy place — writing, being with Christian and Ana in their universe and working with the fantastic team at Vintage."

Freed: Fifty Shades Freed as Told by Christian is available for preorder now on amazon.com.