This list of the best movies of the last 10 years is of course wickedly personal. I apologise in advance. Some of your favourites may be on it, but it makes no attempt at consensus. No one will agree with all; some won't agree with any. I'll probably disagree with it by next week.

For one thing, it's devoid of superhero and Marvel blockbusters. No capes, tights, Wookies and no sticky spidery emissions. I'm with Martin Scorsese, who broke a Hollywood taboo in October when he said those movies are more like theme parks than cinema: "It isn't the cinema of human beings trying to convey emotional, psychological experiences to another human being." 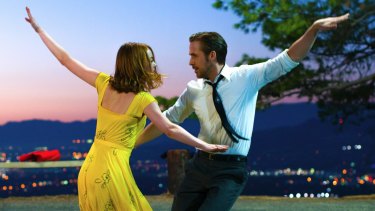 Of course, one could say gangsters sticking knives in each other isn't everyone's idea of emotion either, but I'd rather The Irishman than Bat-, Spider-, or Ant-Man. I suspect Shakespeare might have more to say to Frank Sheeran than to Tony Stark. (As in, don't kill me Frank, don't kill me…!)

We live in dark times and cinema follows the zeitgest. That might explain why this list is so dark. There's almost no comedy, but for La La Land, but no two people agree on what's funny anyway. (Cue Joe Pesci: "You think I'm funny….?")

Cinema doesn't always have to be as dark as life itself, but some of the best of it is. Son of Saul, re-creating life and death in the gas chambers, is confronting and upsetting – but what else could it be? Movies should show us who we are and where we've come from. Films on a human scale have become harder to find in the past 30 years. In that sense, I was surprised by how many good movies I can list in the past decade. There is hope yet. And please note the Honourable Mentions below: they make this more like a top 50.

THE DECADE'S BEST – BY YEAR OF RELEASE

Animal Kingdom (2010) David Michod's debut was a masterful blast of bile from the criminal milieu of Melbourne. Jacki Weaver and Ben Mendelsohn gave this crime family a terrifying banality. The film was a landmark, and hugely influential. 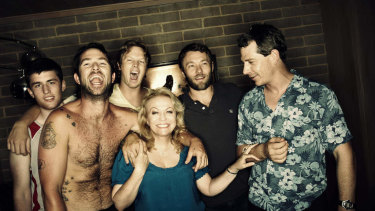 Meek's Cutoff (2010) Kelly Reichardt arrived as a fresh, new female voice with this American epic, in which Michelle Williams is part of a wagon train lost on the trail to Oregon in 1845. It's elemental and dramatic, its characters as tough as its settings. This, and Zero Dark Thirty, kicked open some doors for women.

Tinker Tailor Soldier Spy (2011) Swedish helmer Tomas Alfredson surprised everyone with his elegant reimagining of John Le Carre's espionage masterpiece, with Gary Oldman as George Smiley. This signalled the return of quiet cinema – and how daring that was. Paranoia made visual.

Leviathan (2014) Andrew Zvyagintsev shot this in Siberia, and that's where the Russian government would prefer he stayed. This brutal portrait of Russia since the wall came down shows two men locked in a tussle for power in a village by the sea. It's an astonishing-looking film, as ambitious as it is dramatic. Poetry is here, too, enough to remind us of how rarely we see it in modern movies.

Son of Saul (2015) A Hungarian Jew tries to give his son a proper burial in a Nazi death camp. This debut feature is one of the greatest movies of all time, not just the last decade, a gripping human story set in the worst place humans have ever created. The camera sits behind the shoulder of the protagonist, played by Geza Rohrig, for almost the whole film. That keeps the focus narrow, so we are aware of, but do not quite see, all that goes on here. Director Laszlo Nemes worked out how to show the unshowable. 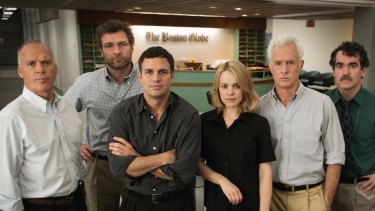 Spotlight (2015) A newspaper team uncovers the extent of sexual abuse of children by Catholic priests in the Boston Archdiocese. Tom McCarthy's film, based on fact, practised the virtues it preached: it was dogged, methodical and unimpeachably researched. An utterly enraging film for our times.

La La Land (2016) The rebirth of the Hollywood musical as a naturalistic jazz romance was an inspired move by Damian Chazelle, after his drum roll in Whiplash. This was bold, colourful, retro but contemporary, the kind of film that can inspire a new generation.

Moonlight (2016) Black cinema has finally arrived, via some urgent new voices (Steve McQueen, Ava du Vernay). None is more gifted than Barry Jenkins. Moonlight has it all: astonishing technique, daring performances, a poetic heart. For once, the Academy got it right. Eventually.

Get Out (2017) Jordan Peele reversed the polarities of American racial fear in this supremely clever horror-show, as a young black man from the city encountered rich, white depravity in the sticks. Brutal, and brutally funny. More importantly, it was a hit, proving that horror audiences don't just want scary, dumb and white. 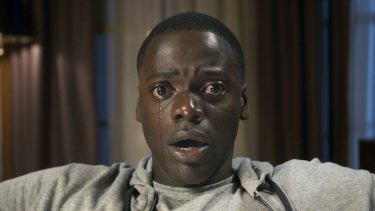 Daniel Kaluuya in a scene from Jordan Peele’s satirical horror Get Out. Credit:AP

Roma (2018) Alfonso Cuaron leapt into the front ranks of world cinema in 2001 with Y Tu Mama Tambien, and his craft has just improved with Hollywood budgets (Gravity, Children of Men). Even so, Roma was a surprise. An intimate memoir of his growing up in Mexico City, it became a sweeping epic about rich and poor, the powerful and the oppressed. The last reel of the film, with one breathtaking set piece after another, showed what is now possible when technical prowess is matched by dramatic conviction.