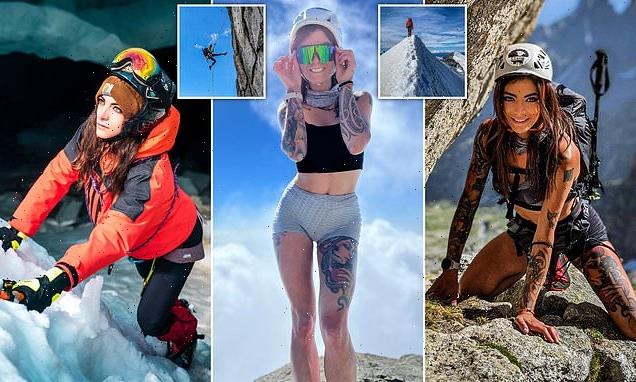 A thrill-seeking athlete who spends her time travelling the world scaling rocks and climbing mountains has revealed that she faces discrimination as a woman in a male-dominated sport.

29-year-old alpinist Giulia Fusconi, an accountant from Italy, has explored the Italian and Swiss Alps, Polynesian volcanoes, as well as mountains in India and Nepal.

However, despite her skill and experience, Guilia says she gets discriminated against all the time as a woman taking part in the risky sport.

She said: ‘Being a woman is hard in this particular field. You hardly get respected or taken seriously, even though there are a few strong and amazing woman alpinists, it’s mainly a male-dominated sport. 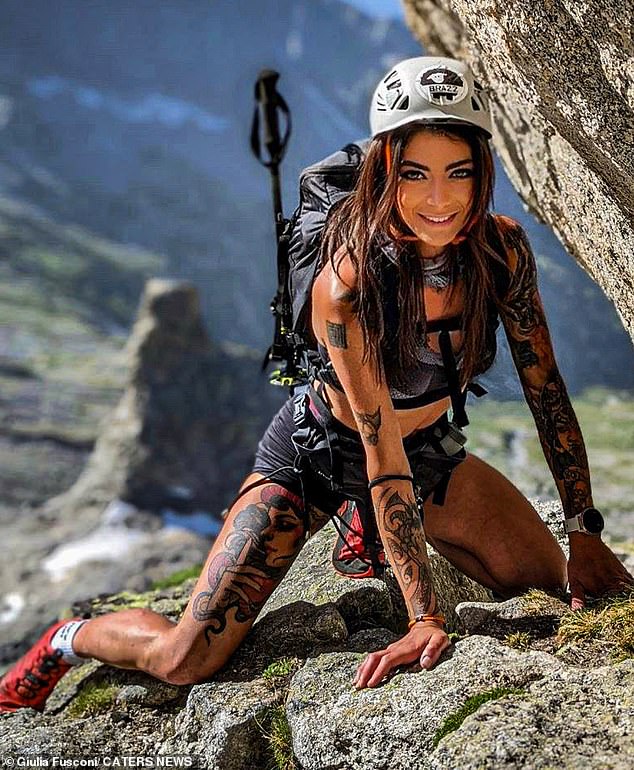 Alpinist Giulia Fusconi, 29, from Italy, has been climbing mountains since she was seven-years-old

But despite having more than two decades’ worth of experience, the athlete says she regularly faces discrimination in this male-dominated sport 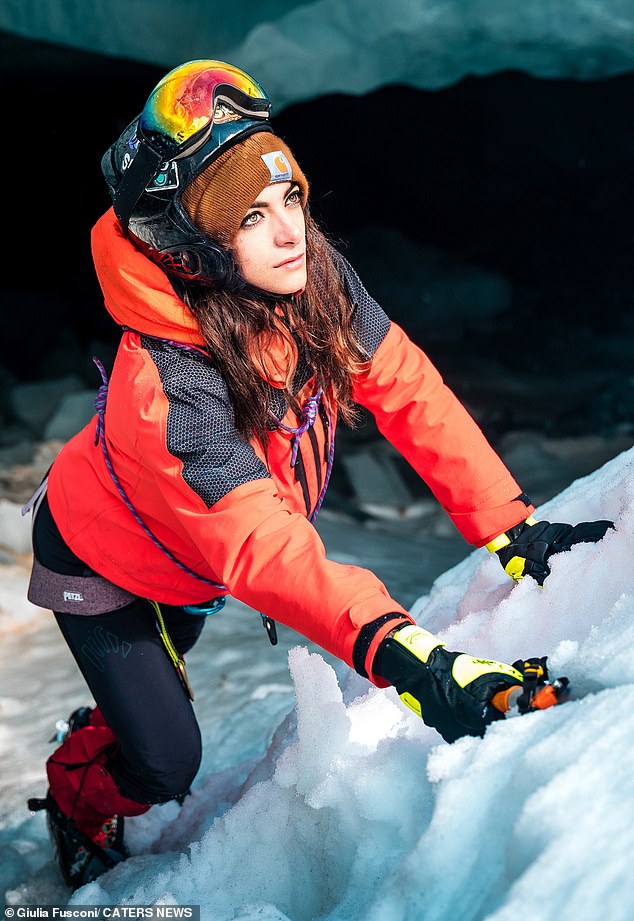 According to Giulia (pictured) there are some amazing and talented female alpinists, but it is still difficult to be taken seriously within the sport 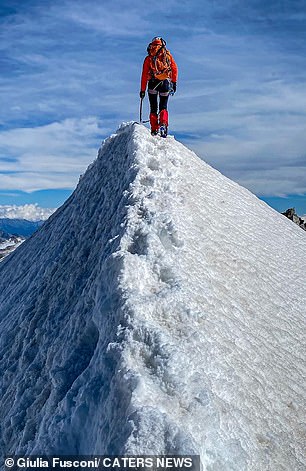 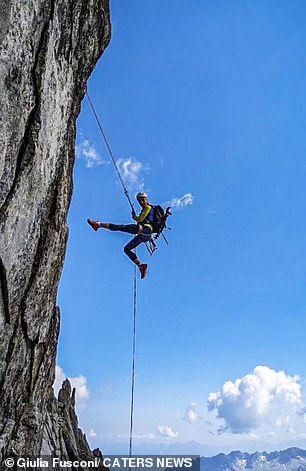 The 29-year-old, who has spent more than two decades scaling peaks (pictured), wants other female climbers to push on despite gender-based discrimination

‘I mostly climb Italian or Swiss mountains because this is my land and I feel pretty connected with the Alps.

‘It’s really important for me to feel this connection with the mountain.’ 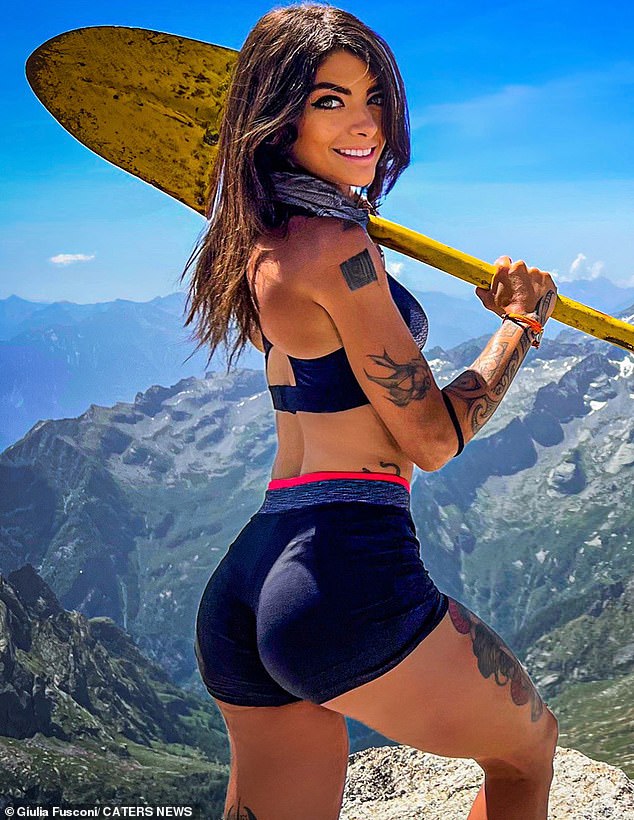 According to Giulia, ‘being a woman is hard in this particular field’, but she has no intentions of giving up her beloved sport 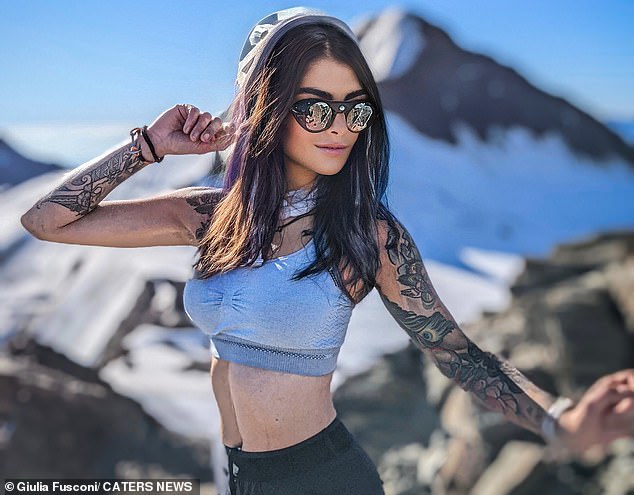 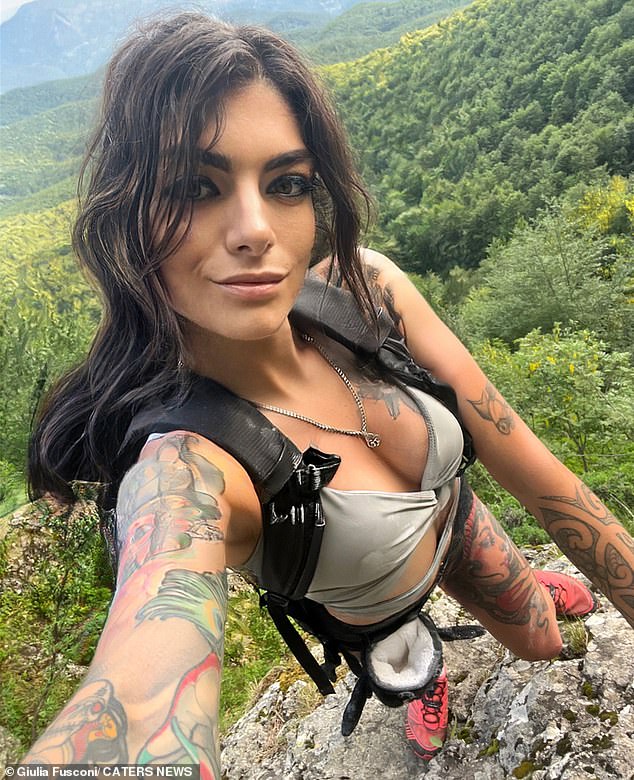 She admits the sport is expensive, due to equipment and travel costs, but while she has some sponsors, she largely self-funds her excursions 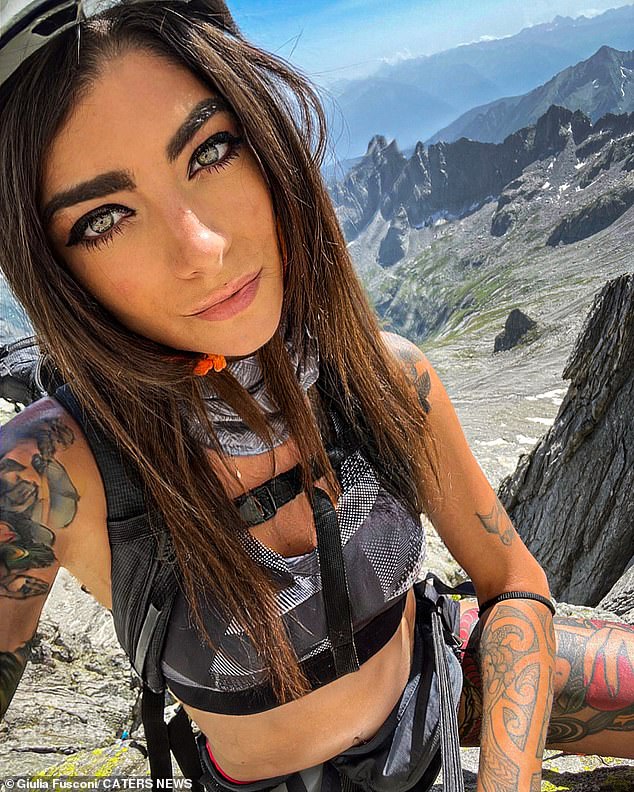 Giulia, pictured in action, started climbing mountains with her father when she was just seven-years-old, more than 20 years ago 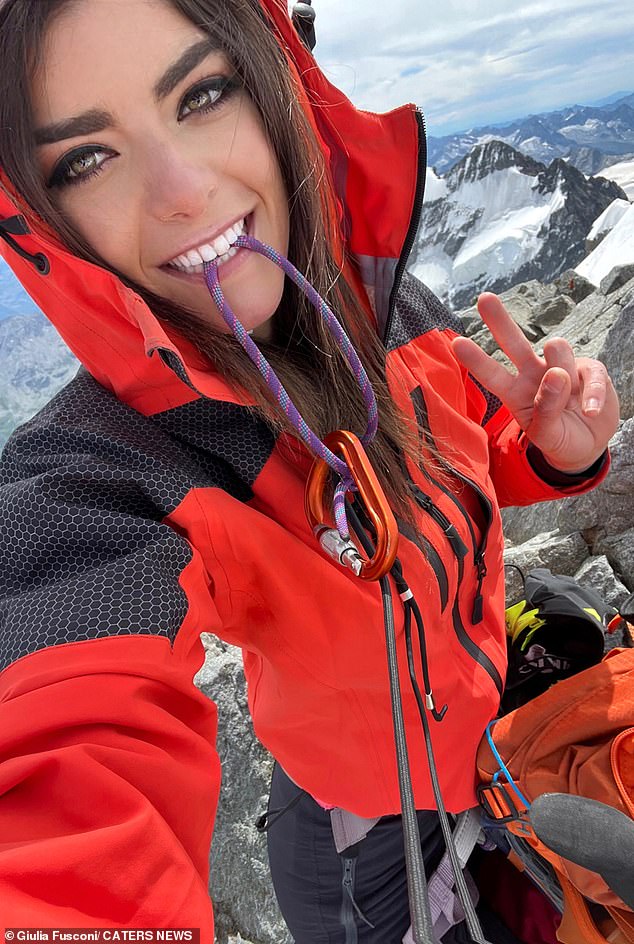 While she loves the sport, she admits that it can be ‘scary’ sometimes, when weather conditions suddenly change without warning 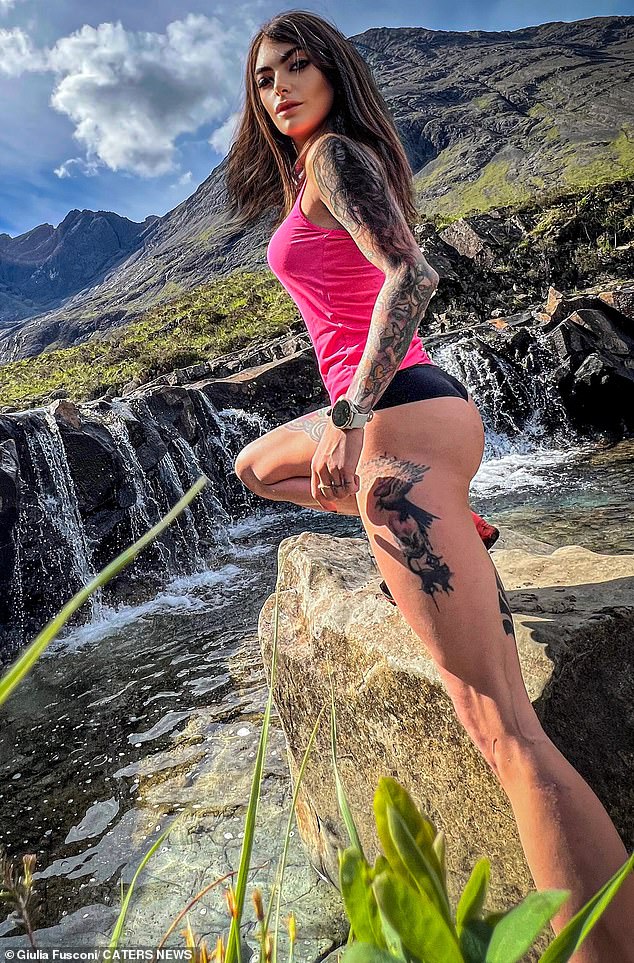 But, she says, the sport is ‘special, unique and challenging’, and it offers an opportunity for people to push themselves

According to Giulia, the sport can be expensive due to the equipment needed as well as travel and accommodation expenses.

She explains: ‘I have some sponsors that help me out, but mostly I fund the trips myself.’

Giulia started climbing with her father when she was seven, and says she ‘hasn’t stopped since then’. 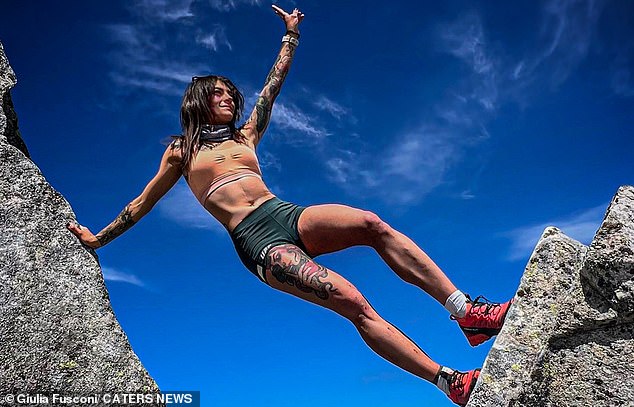 Strike a pose: the 29-year-old seems totally at home scaling challenging peaks and balancing in between the rocks (pictured here climbing a mountain in Alpenliebe) 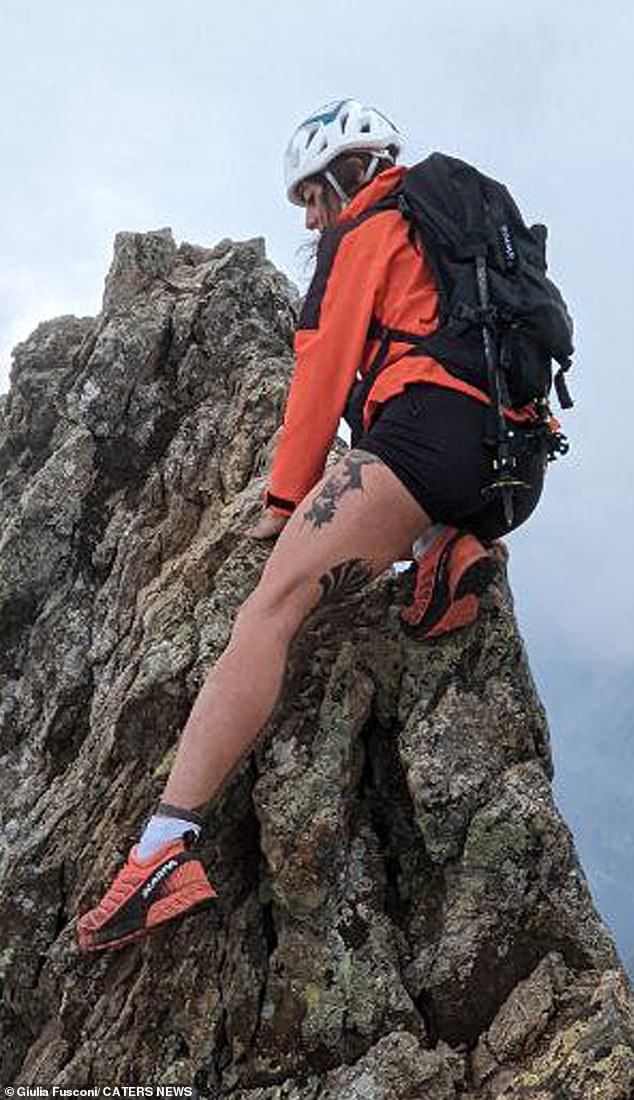 Adverse weather conditions like snow and fog can make the activity scary, admits the seasoned climber 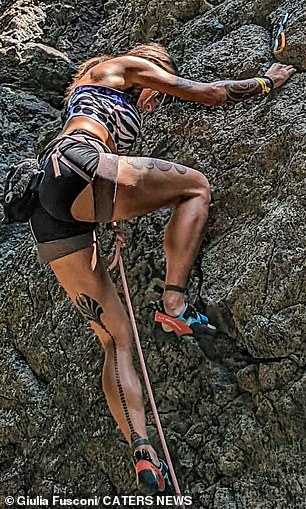 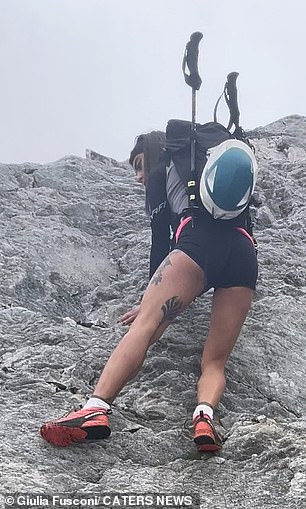 Giulia (pictured climbing a mountain in Alpenliebe, left) has travelled the world to climb different mountains, but says she mostly climbs Italian or Swiss mountains because ‘this is my land’ 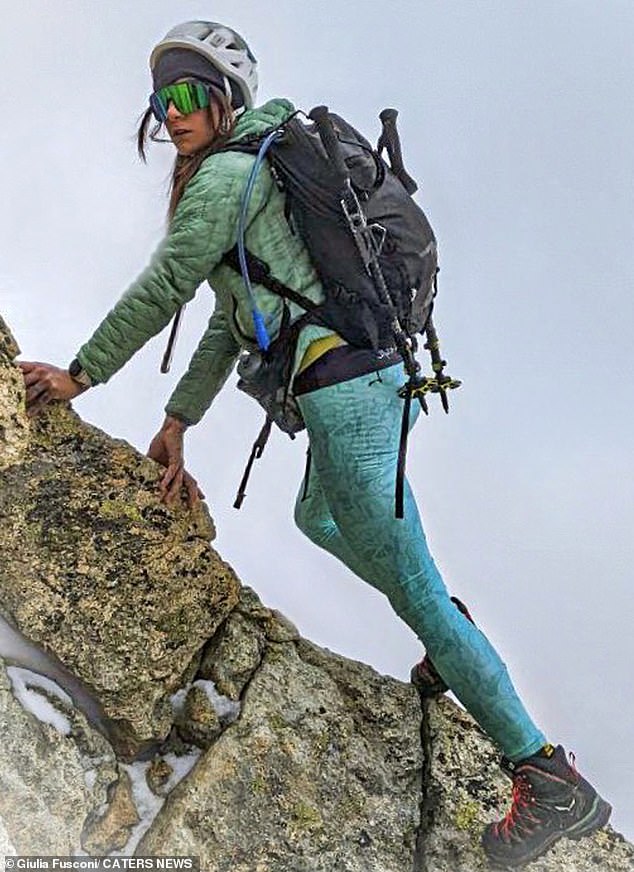 The athlete says that despite the sport being male-dominated, there are ‘a few strong and amazing woman alpinists’ 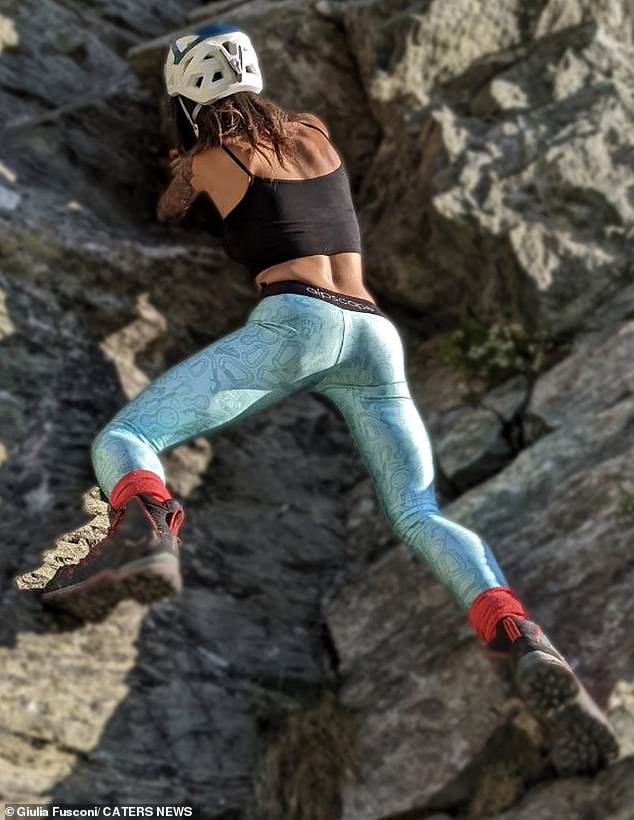 She has experienced highs and lows while climbing, from being scared during adverse weather conditions, to feeling ‘so blessed and alive’ when reaching the summit of Piz Bernina

‘I have travelled all around the world, from Polynesia to Russia, from American national parks to India,’ she reveals.

‘One of my favourite moments so far was when I reached the summit of Piz Bernina. My heart was so full and I felt so blessed and alive.

‘However, it can get pretty scary when the weather suddenly changes without any warning. 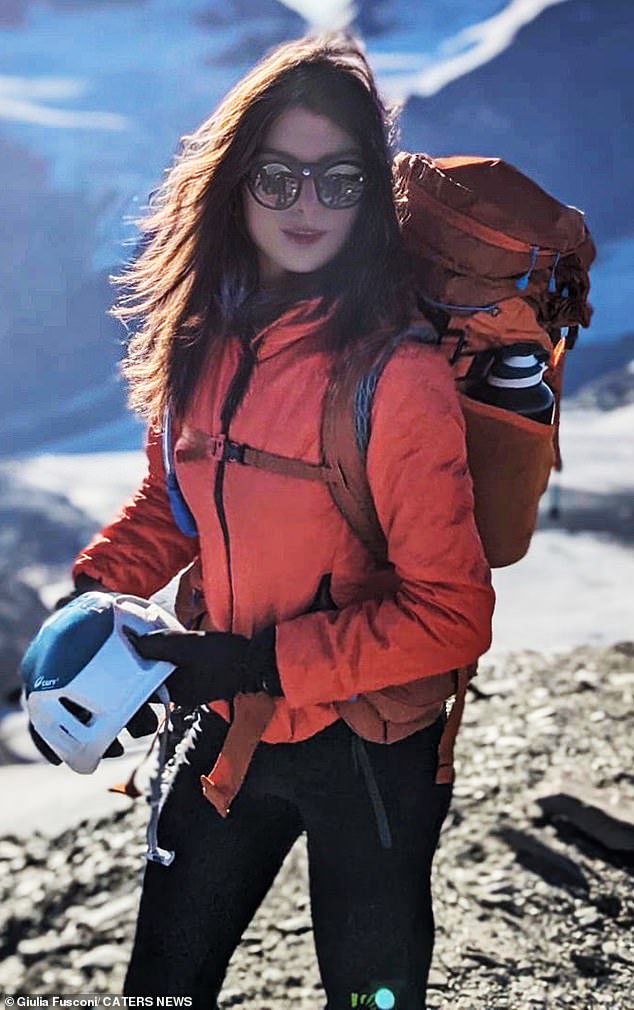 The 29-year-old says that when she is climbing, it is ‘really important for [her] to feel this connection with the mountain’ 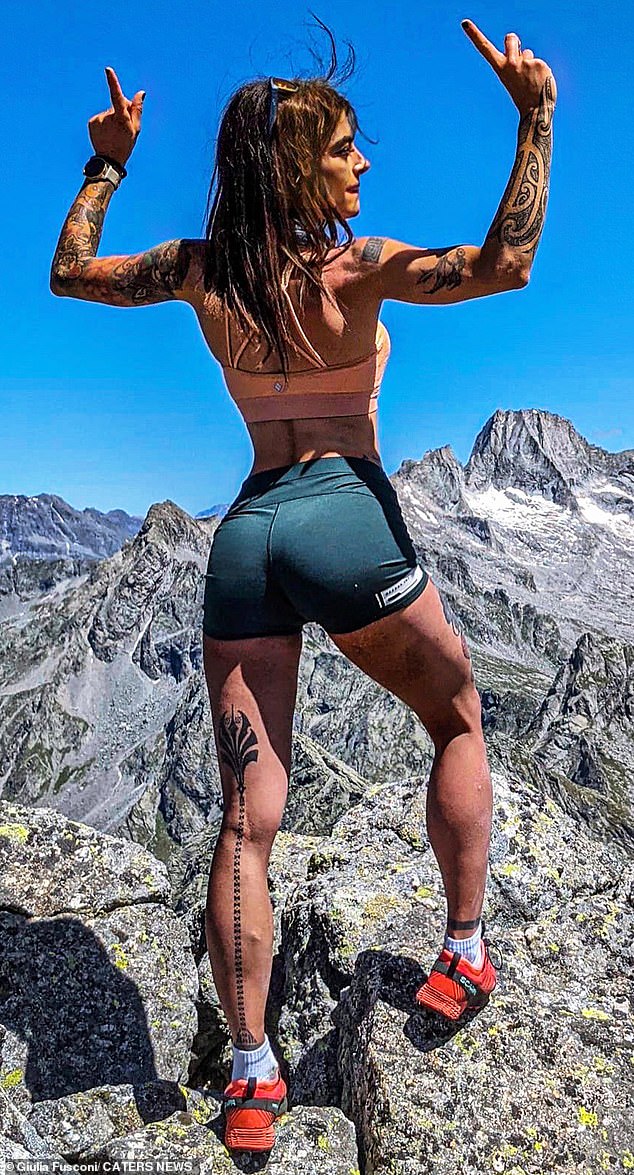 Giulia is calling on other women who are interested in the ‘special, unique and challenging’ sport to ‘never stop’, and keep pushing to achieve their goals

‘For example, when it starts to snow and it’s a total white out, you have no idea where to go.

‘Alpinism is special, unique and challenging.

‘My advice to other female climbers would be to never stop and always break your limits. This is the only way you’ll really achieve your goals.’