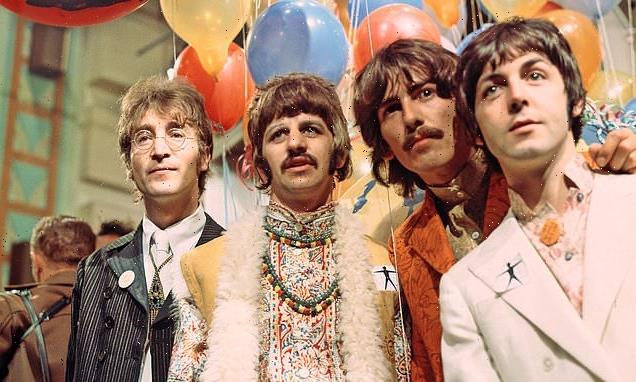 The Beatles’ many muses: 60 years after McCartney and Lennon first put pen to paper, FEMAIL reveals how everyone from an Indian guru to Mia Farrow’s sister inspired their biggest hits

When Ringo Starr joined The Beatles in 1962 – something magical happened – as the Fab Four brandished a line up that would go on to hail an iconic legacy in the history of rock music.

John Lennon, Paul McCartney and George Harrison, along with their new drummer, went on to become one the most influential bands in history, with their lyrics and song writing still praised to this day.

Here, sixty years on from the band’s beginnings, FEMAIL outlines some of the wackiest stories said to be behind the band’s unique writings.

Examples include Dear Prudence – understood to have been penned to coax Mia Farrow’s sister out of a meditation obsession – and Sexy Sadie, allegedly written as a concealed attack at a yoga guru. 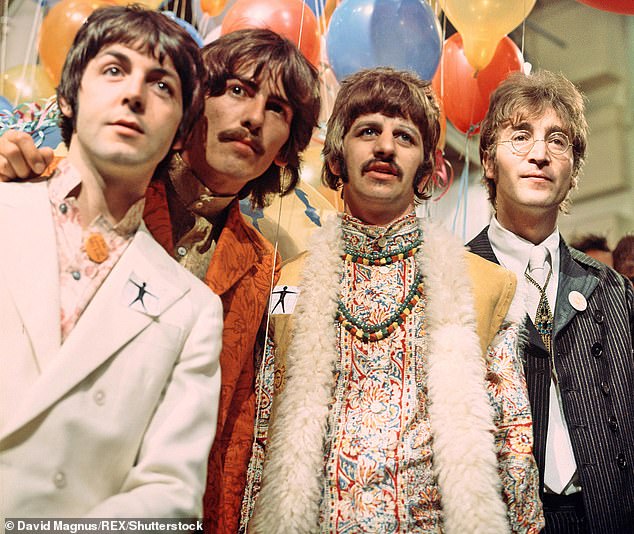 Here, sixty years on from the band’s beginnings, FEMAIL outlines ten of the wackiest stories said to be behind the band’s unique writings. The band pictured in 1967

The lilting notes of this romantic ballad are, surprisingly, not about a specific woman.

Rather, it’s an ode to a French bohemia era in Liverpool during the 1960s, which saw Paul attending gatherings with ‘impressive cats’ while his bandmate John was at art school.

In a 2007 interview with the Guardian, Paul explained: ‘We’d tag along to these parties, and it was at the time of people like Juliette Greco, the French bohemian thing. 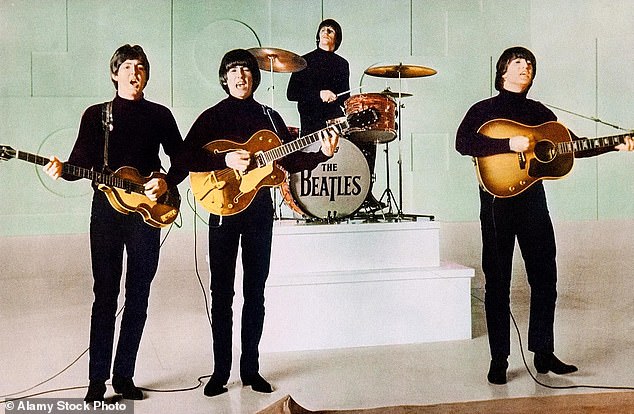 The Beatles filming their music video for Help! in 1965. Paul McCartney later said the band was heavily inspired by the French in this era and adopted a monochrome look

‘They’d all wear black turtleneck sweaters, it’s kind of where we got all that from, and we fancied Juliette like mad.

‘Have you ever seen her? Dark hair, real chanteuse, really happening.’

Sir Paul said that he ‘used to pretend to be French’, and had, based on his theatrics, written a song which ‘turned out later to be “Michelle”‘.

Contrary to popular belief, this song is not about a sexy woman named Sadie.

It is, instead, a scathing message to Maharishi Mahesh Yogi – an Indian guru who was known for popularising transcendental meditation.

In the late sixties he became renowned a ‘spiritual adviser’ to the band, and the Beatles eventually joined him on their famous trip to India in 1968 – alongside other celebrities. 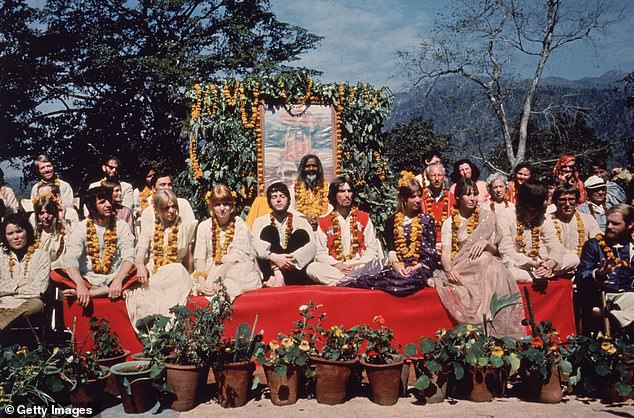 The Beatles and their wives pictured at the Rishikesh in India with the Maharishi Mahesh Yogi in March, 1968

However during the journeys, rumours that the yogi made sexual advances towards Mia Farrow (another one of the famous faces on the journey) – spread, allegedly spurred by John’s friend and a part of the fab four’s touring entourage, Alexis Mardas.

According to George Harrison, as soon as John left India, he started penning an enraged tune about the Maharishi, the Beatles Bible writes.

‘John had a song he had started to write which he was singing: “Maharishi, what have you done?”,’ George is quoted as saying.

‘John flew back to Yoko in England and I went to Madras and the south of India and spent another few weeks there.’

Dear Prudence, recorded in 1968, is also said to have been inspired by the Beatles infamous India trip of same year.

The Fab Four were not the only high profile people there, as a number of other celebrities also joined the trip on the path to enlightenment. 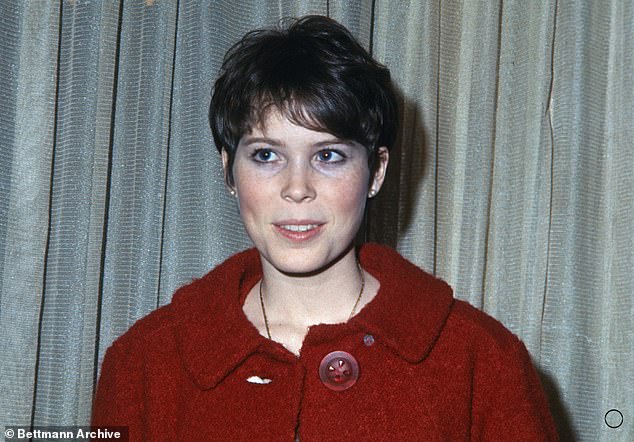 One of them was Mia Farrow’s sister – Prudence – who would have been around 20 years old at the time.

According to blogger Doc Wallace Music, the tune was a gentle attempt at coaxing the young woman from spearheading too far into her spiritual journey.

The outlet claims that Prudence was spending all her time mediating and being a recluse.

So, the soft ballad was a way to reach out to her, crooning: ‘Dear Prudence; Greet the brand new day;

It may come as no surprise that this iconic Magical Mystery Tour tune is hailed as a psychedelic anthem.

John was understood to have written most of the lyrics while under the influence of LSD.

However, the inspiration behind the song’s opening melody and largely staccato nature is much more simple. 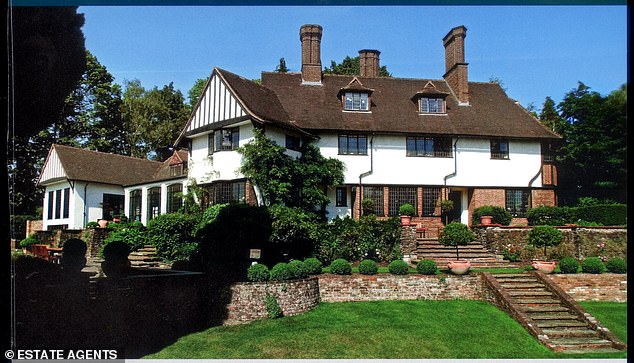 It comes from a simple two-tone police siren that John heard while on hallucinogens, Mixmag reports.

Blog Beatles Books also collated experiences of the song writing process from writer Hunter Davies, who was spending time with the band to pen its first official biography.

‘I remember being at John’s house in Weybridge, and we were swimming round the pool and, several streets away, you could hear a police siren going, “da-da, da-da, da-da, da-da,”,’ Hunter said.

‘And John started humming this, and playing with those two notes.

‘He actually got that on the piano, and they had a go at that, later that evening.

They did a backing track and a few things.’ 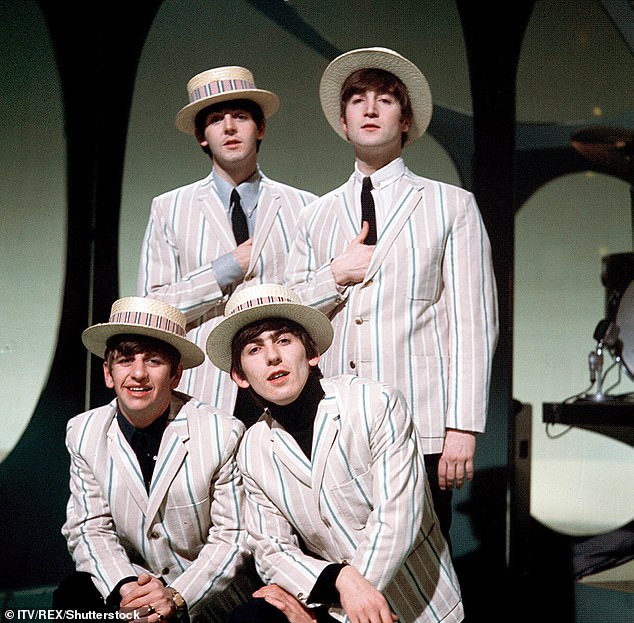 The Fab Four pictured in 1964. The group’s experimentation with instruments, mixing and lyrics have been noted over the years

One of the most successful Beatles hits – often praised as a marriage of John and Paul’s contrasting but complementary song writing styles – was in part inspired by the tragic death of a friend.

Before becoming more jaunty as a tune, the opening lyrics are melancholy and mournful.

So it is perhaps no surprise that they came from a place of grief – and in particular the death of Guinness fortune heir Tara Browne, 21.

A Rolling Stone article explained that Tara passing away in a car accident was pivotal to the theme of the song.

The lines ‘I read the news today, oh boy’ came after John read coverage of the incident, in regards to the custody of Tara’s children, in a January 17 1967 edition of the Daily Mail.

The outlet quoted the songwriter as saying: ‘Tara didn’t blow his mind out…but it was in my mind when I was writing that verse.

‘The details of the accident of the song – not noticing traffic lights and a crowd forming at the scene – were similarly part of the fiction.’ 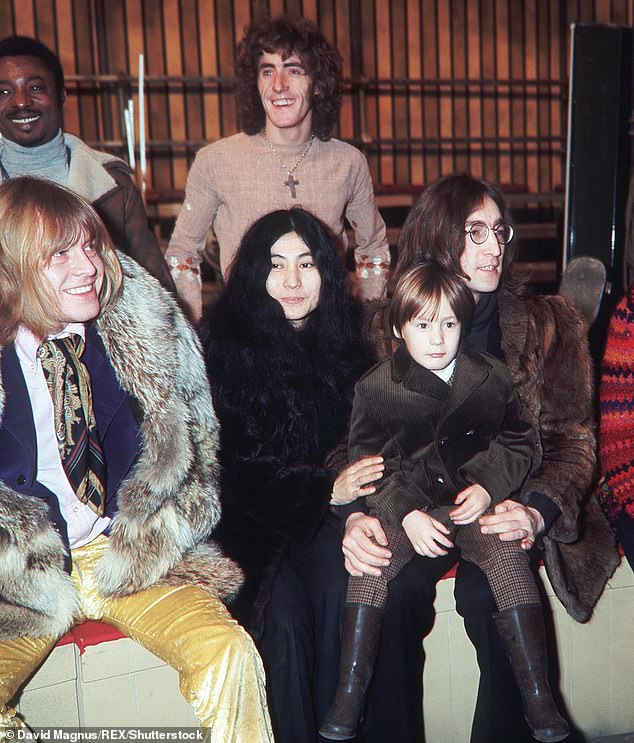 John Lennon, his son Julian and Yoko Ono with Brian Jones and Roger Daltrey on the Set of ‘The Rolling Stones Rock and Roll Circus’ in 1968

Despite being banned by the BBC due to alleged suggestions to drug use – and infamous claims that this hypnotic song meant to secretly spell out LSD – band members were surprised by rumours that the track was about psychedelics, and have gone on the record to dispute this.

The chipper – almost cheesy – tune behind Good Morning, Good Moring is actually said to have been inspired by a Corn Flakes cereal advertisement.

A Rolling Stone article explains that during recording and writing for Sgt. Pepper’s Lonely Hearts Club Band, John’s inspiration often came from the mundane everyday life he lived at Kenwood – a luxury estate he shared with his then-wife Cynthia.

Restless after years of being used to endless touring, John is said to have tuned into the quieter parts of life to find things to write about.

‘I often sit at the piano, working at songs, with the telly on low in the background,’ the outlet reported him saying.

‘If I’m a bit low and not getting much done, then the words on the telly come through.

‘That’s when I heard ‘Good morning, good morning.’ It was a Corn Flakes advertisement.’

According to John, it was actually inspired by a little girl who was friends with his son Julian – in nursery at the time.

The young boy showed his father a picture of her with star-like shapes and told him it was ‘Lucy in the sky with diamonds’.

John then used the phrase as a title for a song he wrote for the Sgt Pepper’s Lonely Hearts Club Band album, which was released in 1967.

In August 1965, The Beatles threw a party at their rented home in Benedict Canyon, LA, for a few friends, including actor Peter Fonda.

During the evening Lennon and George Harrison took LSD, and George began to feel as if he was dying.

Fonda, more experienced in drug taking, took it upon himself to be a guide.

‘I told him there was nothing to be afraid of,’ Fonda told Steve Turner for the Daily Mail.

‘I said I knew what it was like to be dead because as a child I’d accidentally shot myself in the stomach and my heart stopped three times while I was on the operating table.

‘John was passing by and heard me saying: “I know what it’s like to be dead.”

‘He looked at me and said: “You’re making me feel I’ve never been born.

The exchange gave John the starting point for this song written during the sessions for Revolver in 1966.

‘And she’s making me feel like I’ve never been born.’

‘When I heard the album for the first time,’ said Fonda, ‘I knew exactly where the song had come from, although John never acknowledged it to me and I never mentioned it to anyone.’ 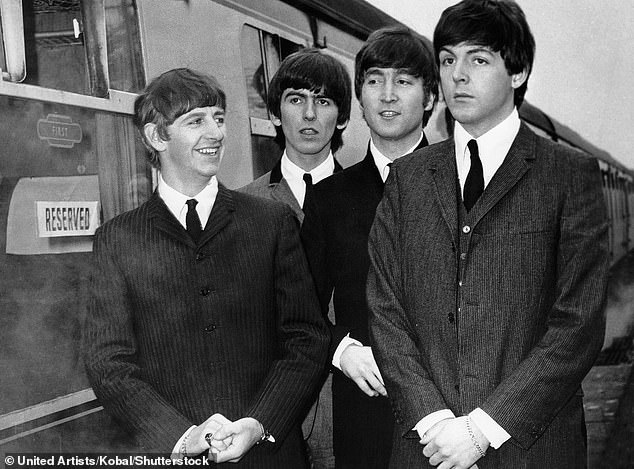 The group, in 1964, went on to become one the most influential bands in history, with their lyrics and song writing still praised to this day

She Came in Through The Bathroom Window (1969)

Beatlemania spurred on a number of crazed fans – a phenomena which continued well into late sixties for many.

The group had even taken to calling some particularly persistent ones – who waited for the bandmembers outsider their studio or homes – as ‘Apple Scruffs’.

One such groupie was Diane Ashley, who according Beatles Books, said that she and others decided to one day ‘pay Paul a visit’ at his house.

‘We found a ladder in his garden and stuck it up at the bathroom window which he’d left slightly open,’ she explained. ‘I was the one who climbed up and got in.’

The incident is popularly thought to have inspired the Abbey Road classic, and the lines – ‘She came in through the bathroom window; Protected by a silver spoon

‘But now she sucks her thumb and wanders; By the banks of her own lagoon’ – are often thought to allude to the mindless privilege held by fans who felt they were safe in breaking and entering.

Another iconic Abbey Road hit, this song is said to allude to a fan who watched the band when they were still playing at the Cavern in Liverpool – named Pat Hodgetts.

The polythene reference is understood to come from the fact that she always ate from a plastic bag, blog Beatles Number 9 reports.

However, this isn’t the only theory about the song’s muse.

John has also once said Polythene Pam was about: ‘A little event with a woman in Jersey, and a man who was England’s answer to [U.S. poet] Allen Ginsberg.’

The English Ginsberg was Royston Ellis. The woman was his then girlfriend, Stephanie.

Apparently, the three wrapped themselves in polythene and spent the night in the same bed.

‘We’d read these things about leather,’ Ellis said. ‘We didn’t have leather, but we had polythene bags. I don’t think anything very exciting happened and we wondered what the fun was in being “kinky”.’

Beatles Ringo Starr and Paul McCartney are joined by a host of stars including Elton John, David Furnish and Twiggy as they celebrate If These Walls Could Sing documentary premiere at Abbey Road Studios

Love Me Do-Do! Porcelain toilet used by the late John Lennon at Tittenhurst Park mansion he shared with Yoko Ono is put on display at Liverpool museum