A young man will stand trial over the death of his baby son after pleading not guilty to a charge of murder.

Joseph William McDonald is alleged to have fatally injured seven-week-old son Lucas late last year. Lucas was admitted to a hospital in Benalla on October 25 and was then transferred to the Monash Children's Hospital, where he died on October 29. 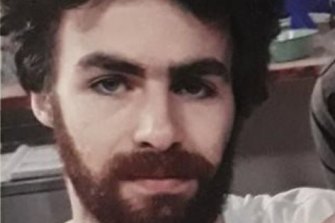 Mr McDonald was seen leaving the Clayton hospital on the day his son died and handed himself into a police station in the days afterwards, after a public appeal for information on his whereabouts.

On Monday, the 23-year-old from Benalla appeared before Melbourne Magistrates Court and pleaded not guilty to a single charge of murder. He opted to waive his right to a pre-trial committal hearing.

Mr McDonald was remanded in custody and is due to appear before the Supreme Court on September 15, when a tentative date for his trial will be discussed. Jury trials are currently suspended due to the coronavirus pandemic.

In online tributes at the time of Lucas' death, the baby boy was remembered as a "precious little angel" and family members said they were heartbroken at their loss.