Father-to-be, 27, who was wrongly identified online as a paedophile with the same name says it’s turned his life ‘upside down’ after he received a barrage of abuse from friends and neighbours

A father-to-be was who was falsely accused of being a paedophile described how the error has turned his life ‘upside down’ and his ‘heart sank’ after his picture was shared online.

Scott Brown, 27, and his fiancée Tara Cuff, had returned home to Beaufort in Blaenau Gwent, Wales, to finish off what they described as the perfect family day out.

The parents-to-be had been shopping for a pram and baby clothes after the couple found out they are expecting a baby boy.

However, Scott began receiving a string of abusive messages, after a Facebook page claiming to be the UK Sex Offenders Database, published his picture and falsely identified him as a convicted paedophile with the same name. 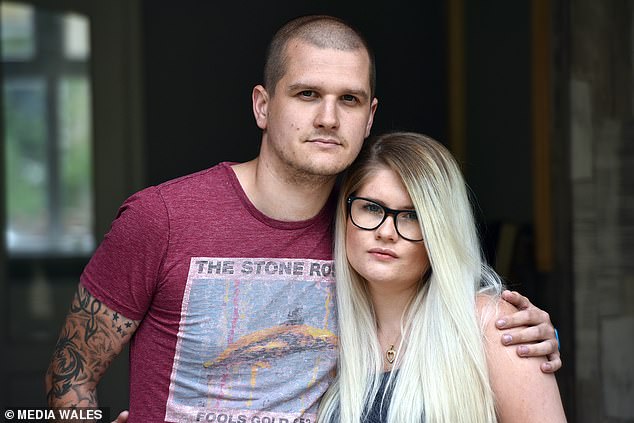 Scott Brown, 27, and his fiancée Tara Cuff, had returned home to Beaufort in Blaenau Gwent, Wales, after baby shopping for clothes and a pram

UK Database is a site known for naming and shaming paedophiles across the UK.

Scott, who currently works as an assistant manager for Savers Health and Beauty, said his life has now been turned upside down by the distressing incident, and described the damage caused by the false claims as nothing short of horrific.

He said: ‘We’d had a wonderful time out shopping for the baby that day, and when we got back home I honestly felt as though I was on cloud nine.

‘We’ve been trying for the pregnancy for quite a while now, so we really wanted to enjoy it over the last few weeks, and as a young family it’s been a great time for us.

‘We had our dinner and settled in front of the television as usual, but then I started to notice my phone was going mad and I immediately knew something was wrong. 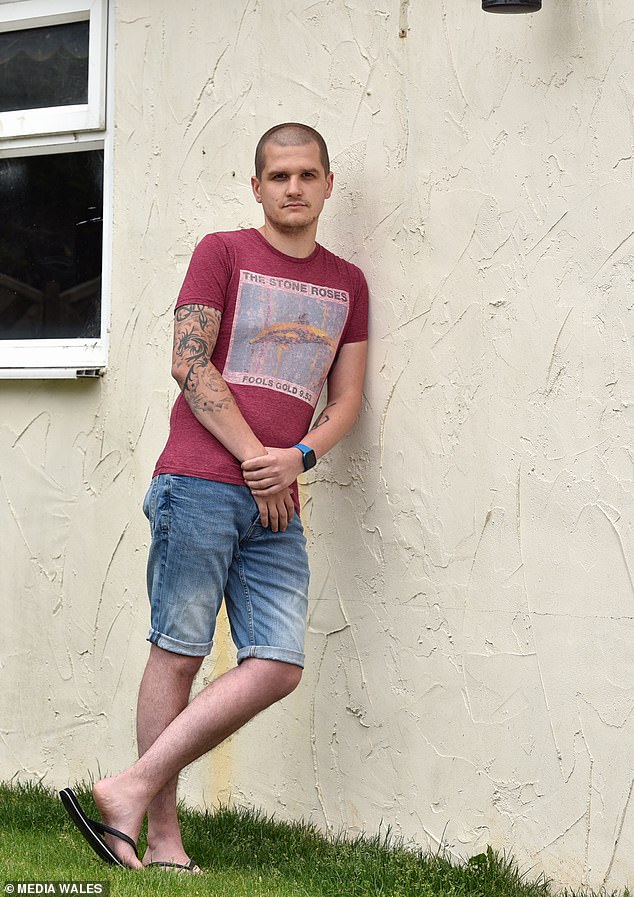 ‘I was getting notification after notification on Facebook, though I never imagined in my wildest dreams that it would be something like this.

‘I looked down at the screen and saw a picture of my face with the words paedophile written next to it.

‘It was honestly one of the worst moments of my life, and something I will never forget. My heart just sank and I knew someone had made a terrible mistake.

‘There were hundreds of messages after that, and they just kept coming in.

‘People saying I’m a dead man walking and commenting the words “Paedo” on all of my pictures and posts. It was shocking and to be honest I didn’t know what to do.

‘Many of them were from people I grew up with or went to school with, so to see that kind of hatred aimed towards me was incredibly hurtful.

‘The post literally spread like wildfire, but the worst part was the messages going to my family members, who had no idea what was going on. 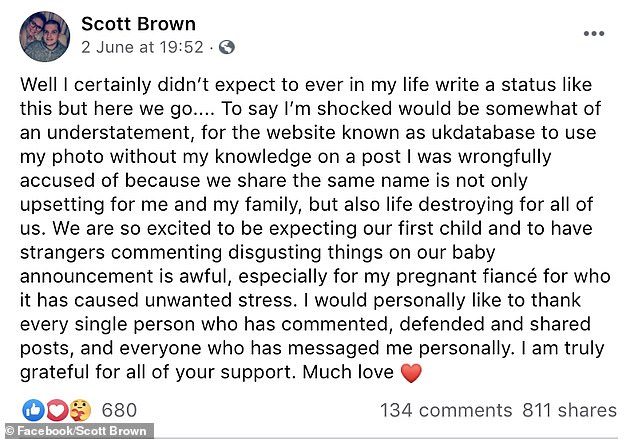 Following the messages, Scott posted on the Facebook to set the record straight. He said: ‘Well I certainly didn’t expect to ever in my life write a status like this but here we go’

‘My girlfriend and grandmother were both contacted, and my sister even had to leave work as she rushed home to defend me as well.

‘It’s hard to put into words how upsetting this was for all of us, especially given the fact that my partner is five months pregnant and trying to avoid any kind of stress.

‘Overall it just felt helpless and we were all in a state of shock at that point.’

The bombardment of messages to Scott continued for several hours that night, until the picture was eventually removed from the Facebook page, which had more than nine thousand followers. 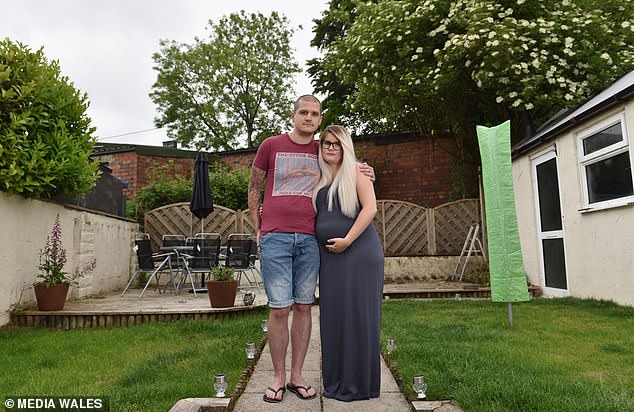 The post was also shared hundreds of times to people living in the Blaenau Gwent area.

Following the messages, Scott posted on Facebook to set the record straight. He said: ‘Well I certainly didn’t expect to ever in my life write a status like this but here we go.

‘To say I’m shocked would be somewhat of an understatement. For the website known as UK Database to use my photo without my knowledge on a post I was wrongfully accused of because we share the same name is not only upsetting for me and my family, but also life-destroying for all of us. 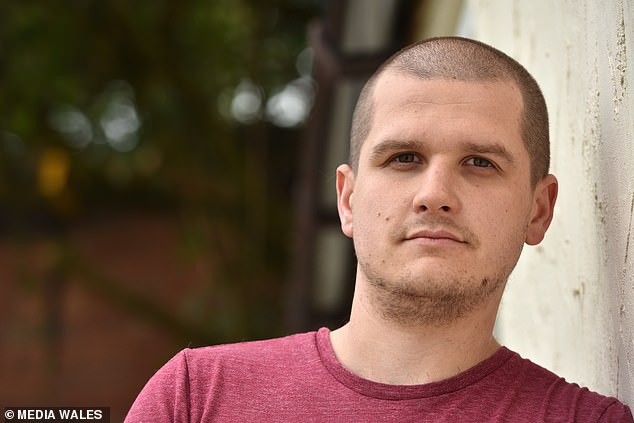 Scott said: ‘I would personally like to thank every single person who has commented, defended and shared posts and everyone who has messaged me personally. I am truly grateful for all of your support’

‘We are so excited to be expecting our first child and to have strangers commenting disgusting things on our baby announcement is awful, especially for my pregnant fiancée for who it has caused unwanted stress.

‘I would personally like to thank every single person who has commented, defended and shared posts, and everyone who has messaged me personally. I am truly grateful for all of your support. Much love.’

The abusive messages followed a hearing at Cardiff Crown Court earlier that day, where a different Scott Alan Brown, 30, of Worcester Street, Brynmawr, had appeared for sentence after he admitted to making more than 700 indecent pictures.

He was found with 208 category A images, depicting the most serious examples of child sexual abuse, along with 176 at category B and 358 at category C.

Brown was jailed for 10 months, suspended for two years, however it was his namesake, living just a few miles away in Beaufort, whose picture was mistakenly connected to the story.

Scott said it was a reckless move that have been very costly for him and his family had it not been removed.

He added: ‘They must have just typed the name into the Facebook search bar along with the location, and then taken my profile picture from there.

‘Whatever the case, there was no due diligence done from them, and no care at all about the damage they’ve caused for me, which makes it worse.

‘There’s not even been an apology, and it just shows how quickly a rogue page like this can completely turn your life upside down.’

He continued: ‘I feel there has been damage done to my reputation, and if my picture had been up there longer, then who knows what could have happened.

‘Brynmawr is a small village and I am quite well known to people in the area so this really was a horrible situation for me to be in.

‘Of course it makes me nervous. For many, this is one of the worst crimes you can commit, so to be tarred with that is awful, and no-one wants their name associated with it.

‘I just hope people here realise that it was a different Scott Brown and not me.’

His sister Jodie Moore, 30, who works as a theatre assistant for the Aneurin Bevan Health Board, was one of the first to jump to her brother’s defence when the news began to spread across her social media network.

She said she now hoped that people would be much more careful about the news they shared and where it came from following this incident.

She added: ‘Scott has never been in any sort of trouble with the police in his life, so when I first saw the post being put around I thought it was a sick joke, or someone had been hacking into his profile.

‘We got on the phone and told everyone we could it wasn’t him, but much of the damage had already been done as it was so widely shared.

‘It shows how dangerous social media can be in the wrong hands, and how careful you have to be in terms of what you believe from the internet.

‘Some people take what they read as gospel straight away, but I hope after hearing this they will check that the pages they get news from are verified, and the facts are correct before they start sharing it.’