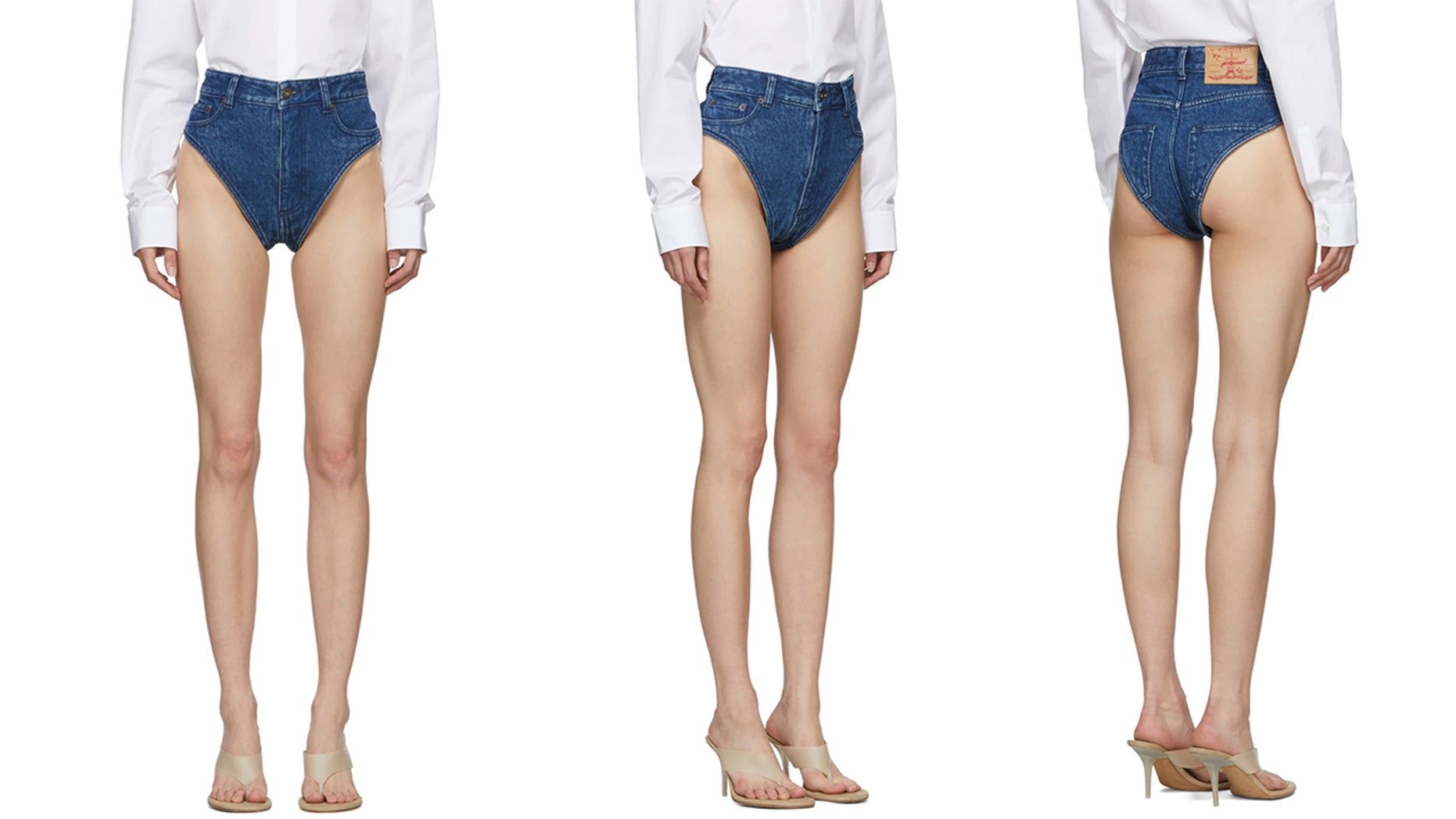 One Parisian fashion brand is being mercilessly mocked on social media for selling a $470 pair of high-cut denim panties that leave nothing to the imagination.
(Y/Project / Ssense)

Well, it’s certainly a look for those who truly dare to bare.

One Parisian fashion brand is being mercilessly mocked on social media for selling a $470 pair of high-cut denim panties that leave nothing to the imagination.

Earlier this week, luxe retailer Ssense shared an image of the Y/Project’s denim panties to social media, where the look has sparked a frenzy.

“Two words: Denim panties,” reps for Ssense wrote in an Instagram post that has since been liked nearly 9,000 times, linking out to styling tricks on how to “take your Canadian tuxedo to the next level.”

Unbelievably, the navy-toned, mid-rise “brief-style shorts,” are already sold out in sizes medium, large, extra-large and XXL, according to the garment’s product page. According to The Sun, the eclectic “shorts” debuted at Paris Fashion Week in the Y/Project's Spring/Summer 2019 womenswear collection.

“Is it April fools day already [?],” one commenter wondered.

“Just no,” another chimed in.

Pragmatists, meanwhile, wondered just how useful the panties would prove in real life.

“Where's your phone go?” one asked.

“To what occasion can you actually wear denim panties???” another mused.

“Whatever next,” one fashion cynic clapped.