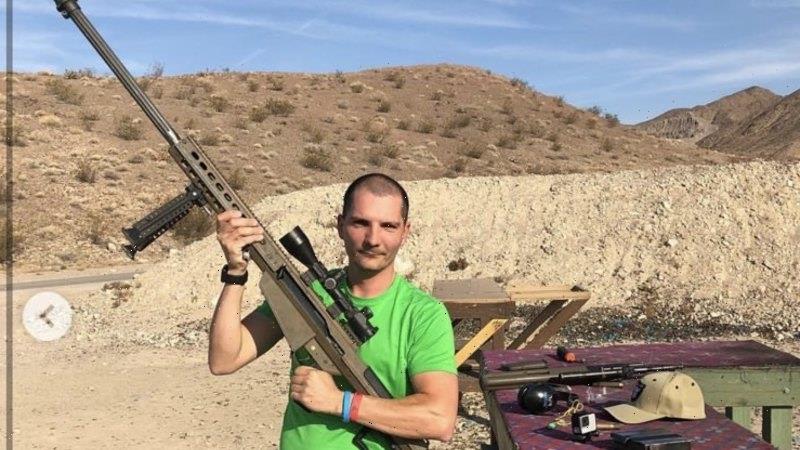 Counter-terrorism officials have charged a Victorian man who encouraged anti-lockdown protesters to bring firearms to State Parliament and execute Premier Daniel Andrews, and are continuing to investigate other alleged extremists involved in the Melbourne pandemic bill protests. 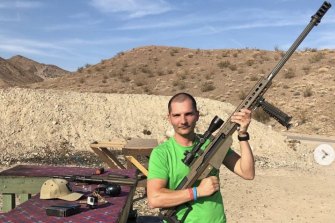 The revelations will increase pressure on Opposition Leader Matthew Guy after several Coalition MPs have given support to the protesters by attending rallies and posting approvingly on social media. They also raise questions for political figures Clive Palmer and Craig Kelly, with evidence suggesting an anti-lockdown group affiliated with the pair’s political party has also been infiltrated by neo-Nazis.

An investigation by The Age and The Sydney Morning Herald into the role in the protest movement of far-right extremists, including those on security agency watch lists, shows some neo-Nazi figures are seeking not only to attend rallies, but to organise, recruit and radicalise other protesters, many of whom are ordinary Victorians concerned over civil liberties and vaccine mandates.

Court records and a spokesperson for the counter-terrorism command have confirmed the secretive security investigation unit recently charged Melbourne man Imre Pelyva with incitement to manufacture explosives. A review of his online activity reveals that Mr Pelyva – who appears to have previously held a gun licence – encouraged protesters at anti-lockdown rallies in Melbourne’s CBD to “bring out rifles and shotguns!”

“Someone need [sic] to shoot Mr Dan f— in the head with a .50 cal explosive tip! Just to make sure hes [sic] gone for life!” wrote Mr Pelyva, who sought to disguise his real identity via an encrypted messenger service. “Are we allowed to take firearms to the protest?” 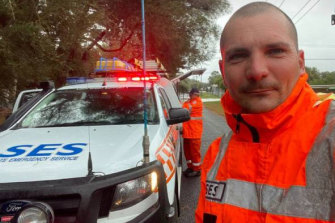 In responding to an online post encouraging Victorians to protest outside the Premier’s suburban electorate office, Mr Pelyva wrote: “Do u want his proper address??”

On an encrypted messaging app, other extremists have been sharing the home addresses of members of the state Labor caucus in the past parliament.

Mr Pelyva also allegedly instructed protesters on how to make “Molotov cocktails at home”. His activities demonstrate how he and other extremists have not only infiltrated the protest movement but are helping radicalise and in some cases to organise it.

“We need to outnumber the law enforcement if we need to with force, such as burning cop cars down and bash the heck out of them. Once they see they outnumbered and will have to stand down and wait there until one of the politicians comes out and than [sic] we make our demands …. This has worked well in the usa and eurpoe [sic] as well,” Mr Pelyva wrote. 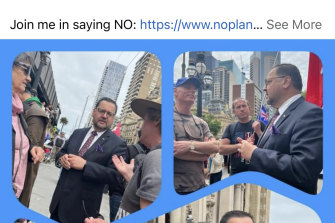 MP Craig Ondarchie mingling with protesters on the State Parliament steps on Tuesday.Credit:Facebook

Mr Guy on Wednesday morning condemned the behaviour of some protesters but defended members of his team, including Bernie Finn, Craig Ondarchie and shadow treasurer David Davis, who have attended the protests.

“People who have different points of view in this debate should put those points of view respectfully and sensibly. There is no place for extremism of any kind,” Mr Guy said.

Mr Andrews said on Wednesday that a number of people had made “appalling” and “potentially criminal” threats against his wife, Catherine, and children amid increasingly toxic debate on the government’s draft pandemic legislation, which is expected to be passed later this week.

The Age and Herald have also confirmed that counter-terrorism officials have charged Victorian neo-Nazi Kenneth Panten. His online activity suggests he was also encouraging Victorians to engage in violence. Mr Panten will face court early next year over charges of racial vilification. 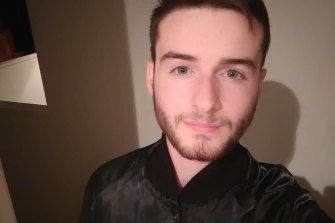 Charged: Kenneth Panten, whose online activity suggests he posted instructions on how to use a 3D printer to make an automatic rifle.

Research by The Age, the Herald and anti-fascist group the White Rose Society has uncovered online records showing Mr Panten used encrypted social media platforms to post instructions on how to use a 3D printer to make an automatic rifle. Mr Panten posted the link under an article about the Christchurch terrorist.

While Mr Panten and Mr Pelyva’s alleged extremist activity appears to have ceased after the intervention of counter-terrorism officials, other Victorian extremists are ramping up their activities to capitalise on the protests and discontent with Mr Andrews’ proposed new pandemic laws.

Melbourne extremist figure Kate Callan has, according to an intensive search of online records, used her expertise in IT to help anti-lockdown organisation Reignite Democracy arrange protests and political activity. In October, the group established formal links with Clive Palmer’s United Australia Party, which is now headed by ex-Liberal MP Craig Kelly. Mr Palmer said last month he wanted to “run candidates in all 151 lower house divisions across the length and breadth of the nation as well as all seats in the Senate”. 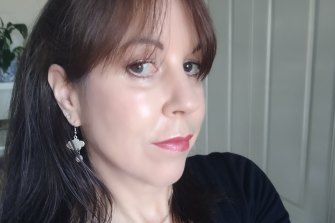 Ms Callan has regularly attended protests outside Victoria’s Parliament House, including on Wednesday, and has made a number of online posts advocating political violence, while lending support to Reignite Democracy’s online operation.

On November 12, Ms Callan posted vision of the home-made gallows that later made an appearance outside the State Parliament building. Her post threatened the Premier, saying: “There’s one of these [gallows] out there with your name on it Dan Andrews. It might even be this one.” Ms Callan was also involved in protests outside the CFMEU construction union office, according to online posts.

Ms Callan has deep links to Australia’s white supremacist movement, including via her partner Scott McGuinness, the veteran lead singer of neo-Nazi metal band Fortress. Official sources who were not authorised to speak publicly have confirmed that last year, American intelligence agencies warned their Australian counterparts that Fortress had links with neo-Nazi and white supremacist bands in Europe and the US and was part of an extremist movement seeking to recruit new members.

Ms Callan was until April employed by online financial services firm Netwealth, but its managing director, Michael Heine, told The Age and Herald she left the company in April. “We don’t have anything to do with her views and our company rejects them,” he said. 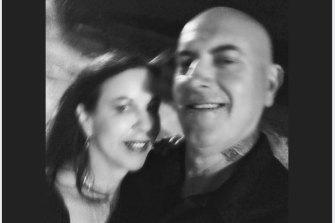 Ms Callan and her partner, Scott McGuinness, a member of neo-Nazi band Fortress.

Another extremist group regularly attending the Melbourne protests is the Proud Boys, which gained infamy after its American cells played a key role in the US Capitol riots.

In a statement, Victoria Police said it was “investigating a number of recent incidents involving threats directed at members of Parliament.

“We have seen a number of people charged over the past year in relation to threats directed at high-profile members of the community, including members of Parliament. Victoria Police takes any threat against a person extremely seriously, including both online and physical threats, and will investigate incidents to the fullest extent to hold offenders to account. 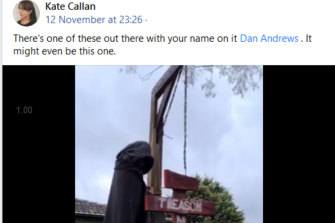 “Anyone seeking to cause harm in this manner needs to remember there are serious consequences … including significant criminal charges which can result in imprisonment.”

Criminologist Julian Droogan said that, while attendees at “freedom” and “kill the bill” rallies were diverse, his research showed Australia’s far right was trying to use public anxiety about the pandemic to spread “anti-government narratives”. Dr Droogan, a senior lecturer at Macquarie University’s Department of Security Studies and Criminology, said the far right in Australia had long hoped for an event that would provide a series of hard knocks to the community and foster mass public frustration with governments.

“COVID has delivered exactly what they have wanted. It has delivered it to them on a silver platter … Freedoms and liberties have been temporarily rolled back and it’s been a time of extraordinary difficulty for Australians – and with a lot of real trauma.”

However, it was crucial not to conflate hardcore, far-right “white supremacists who have an agenda, with these broader public movements and mass protests”.

Demonising all people at these protests as being part of the far right “just makes people feel like they’re not heard and could even push them to those fringes where the actual far right lurks”.