Doppelgänger alert! Megan Fox has ditched her shiny black hair in favor of an icier hue that has fans freaking out — for good reason. Her tress transformation makes her look a heck of lot like Kim Kardashian circa 2017.

The 35-year-old actress took to Instagram on Friday, October 8, to show off her new color, which she’s rocking for her upcoming role as a crime boss named Alana in Johnny and Clyde. 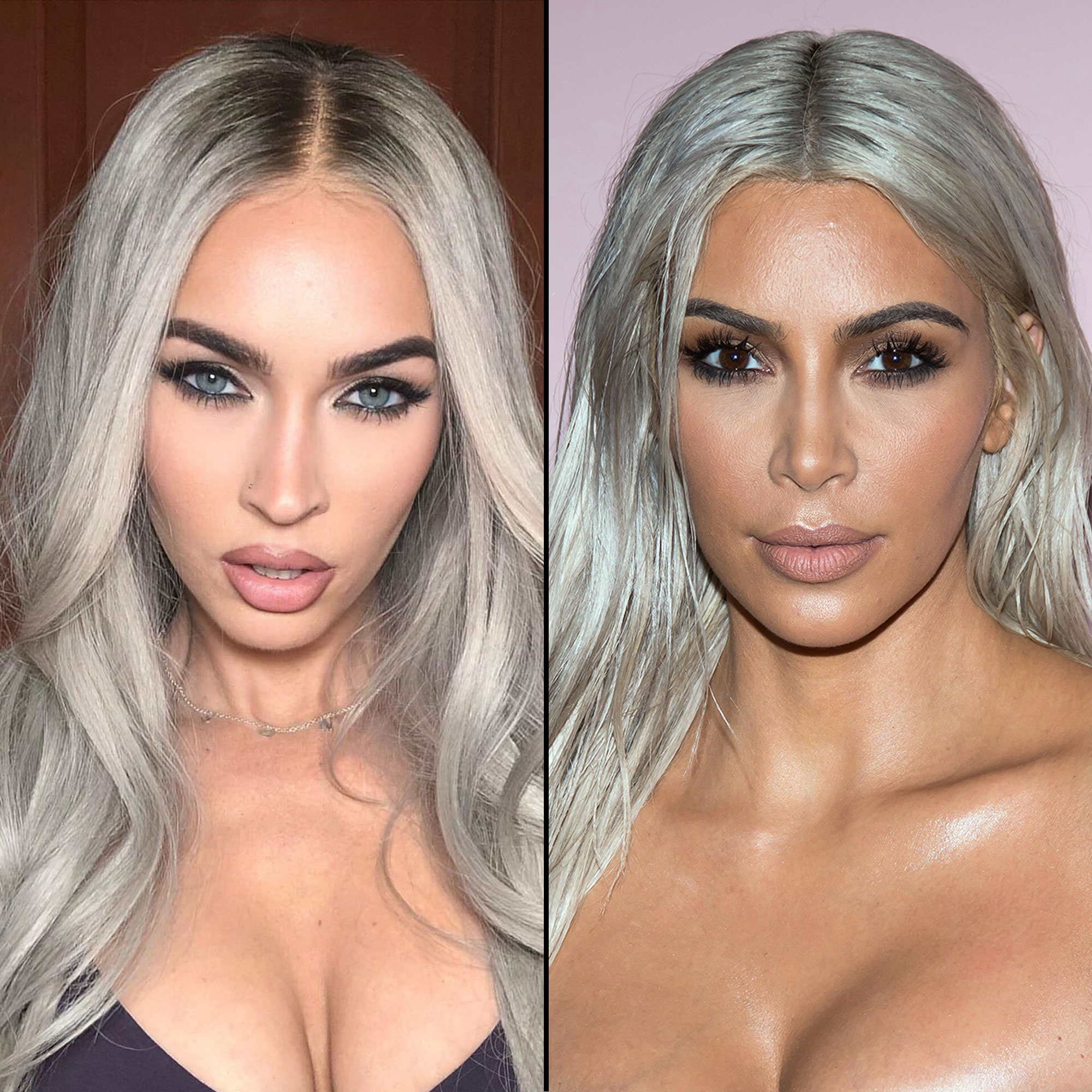 “This is what the devil’s daughter look like. #JohnnyAndClyde. Coming Spring 2022,” she captioned a selfie, tagging hairstylist Miles Jeffries and makeup artist Clarissa Luna.

Given that the brunette bombshell has become pretty well known for her luscious locks, it’s no surprise that fans went totally wild in the comments section. While there was a fair share of buzz about how fabulous Fox looked with an icy hue, many of her followers couldn’t get over the fact that the style switch up has her resembling the 40-year-old Skims founder.

Kim colored her hair a white blonde four years ago with a little help from go-to stylist Chris Appleton. “We made it more of a silvery white which I think gives it a really cool unexpected edge,” Appleton told Elle at the time.

Even though Megan’s new hue has a tad more dimension at the root than Kim’s did once upon a time, there’s no question that two took a page out of the same playbook.

“Damn the Kardashians got to her,” a follower commented on her post. “Wait I though this was Kim Kardashian,” another person wrote. Someone else chimed in: “Kim Kardashian feelings.”

The Kardashian influence isn’t far off, as Megan has been spending more time with the family in recent months, mainly with Kourtney Kardashian. The Transformers star’s boyfriend, Machine Gun Kelly, and Kourtney’s beau, Travis Barker, are friends and music collaborators.

Not only did Megan and Kourtney present their significant other’s at the MTV Video Music Awards, they also starred in a Skims campaign together.

“Megan and Kourtney have grown closer as friends over the last two months,” a source exclusively told Us Weekly in September. “They act like best friends when they’re together. Kourtney has been spending more time with Megan than some of her sister. It’s mainly because she and Travis are inseparable and Travis and Machine Gun Kelly are very close, so usually they bring along their girlfriends to hand out with them.”