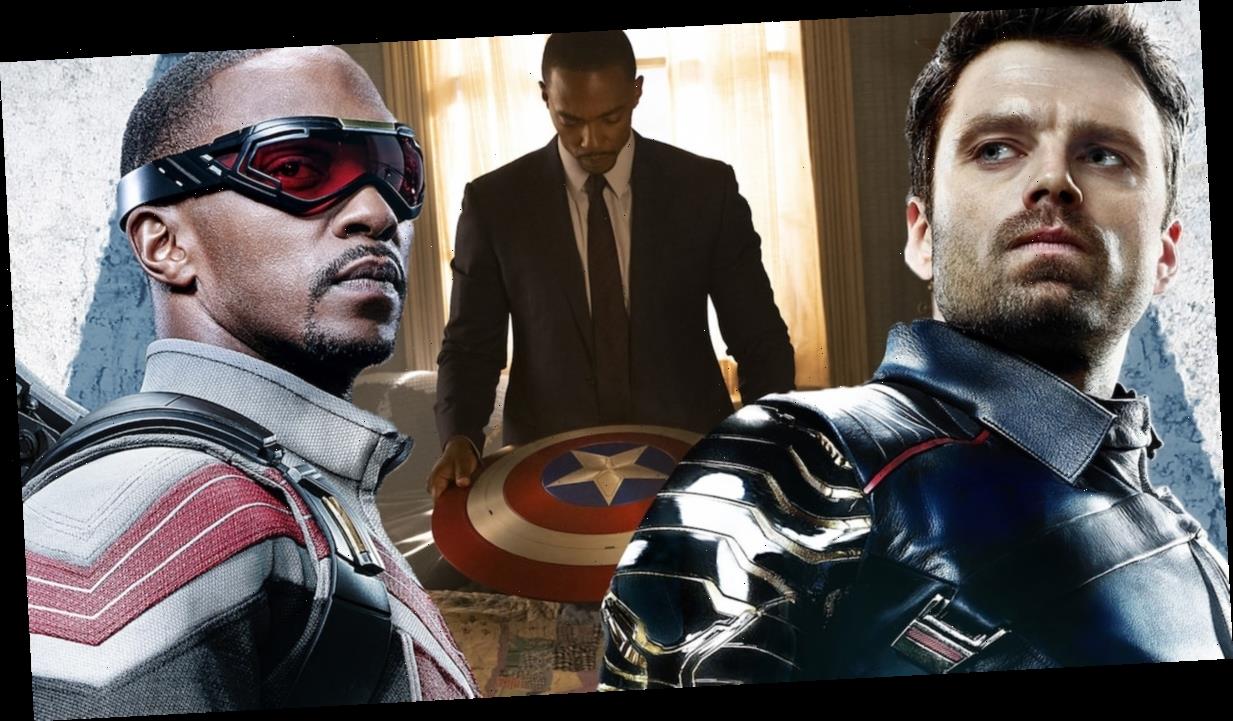 “WandaVision” proved the MCU has something to say in the TV space, a quality “The Falcon and The Winter Soldier” will continue when it debuts on Disney+ later this week.

While the first show focused on grief and trauma, the latter will tackle those subjects, along with topics of responsibility, representation and PTSD as both titular characters try to move on after the disappearance of Captain America. Though they know he’s really alive and well — and very, very old — his absence leaves a job opening for Sam Wilson (Anthony Mackie) to explore, while Bucky Barnes (Sebastian Stan) adjusts to life after being de-brainwashed without his best friend.

It’s heavy stuff to get through over six hours of television, but that’s the appeal of this show for director Kari Skogland: the chance to give two supporting characters some real meat to play with and fans the opportunity to get to know them on a deeper level. 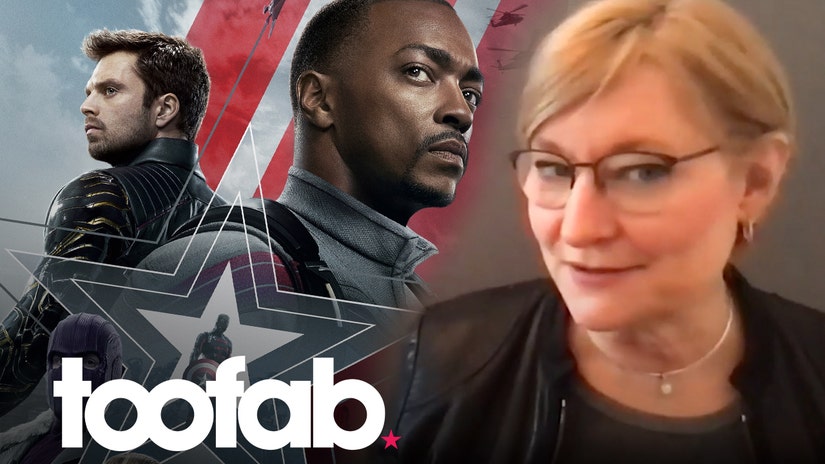 “What’s great about having six hours, is that you get to spend more time with the characters. So, by definition you’re able to get more intimate with them, find out where they lived, how they’re feeling, what they’re doing,” she told TooFab ahead of the premiere. “In the movies — which I call the snack and the movies the meal — you’re kind of driven by the fact that they’re, in some form, saving the world and it’s really hard to take time out from that to explore character because the stakes are so high in the moment.”

She said it’s been a great opportunity for the actors as well, who have “been living in these characters for a number of years” but have “never really gone for a deep dive.” She added, “both Anthony and Sebastian really dove in and loved exploring. We did a lot of ad lib and a lot of improv and a lot of script work where rehearsals and such, so that we could really explore the characters to the fullest that we felt we could.”

For Sam, the series will explore him wondering what he should do after Steve Rogers handed him his shield at the end of “Endgame.” It’s been roughly six months since the events of that movie, but he’s not any clearer on his next step. 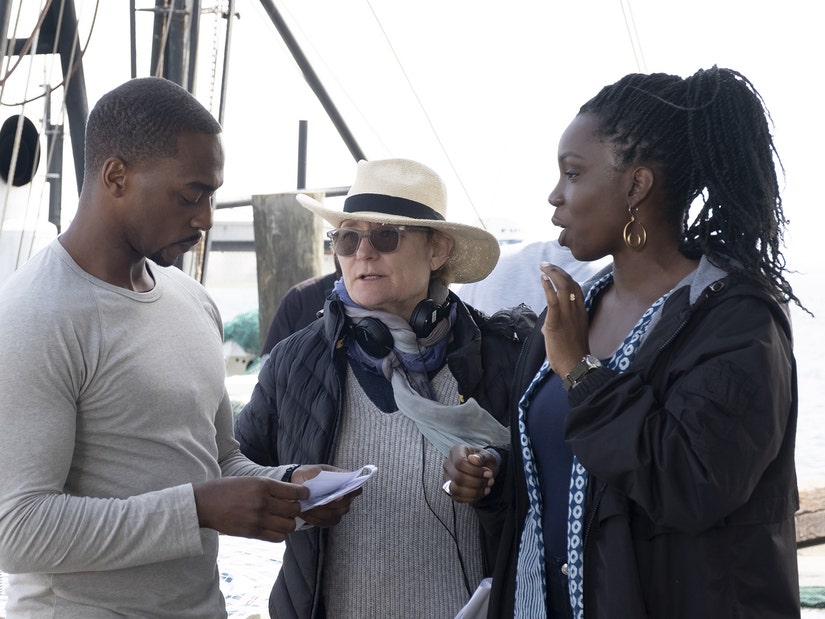 “Is he going to take it on? What is it for a Black man to take on the shield? Does he want what that is? What is the shield? What does it represent? And all these questions are percolating around,” explained Skogland. “He has to go on a big exploration of what the classic hero image is of a Captain America and is that relevant anymore? So, we don’t know what he’s going to decide.”

As for Bucky, the series will really dig into coming to terms with the violence he committed in his years operating as an assassin out of his own control. “Bucky is coming out of a life of being brainwashed and doing some heinous things. He’s going to have to deal with the guilt of that,” said the director, “When you have violence, there’s victims, which entertainment tends not to explore that as much. So, we really go down a very intimate road with him that has to do with mental health and PTSD and some of the hard topics. So, yeah although we do it with fun and ironic humor and we certainly enjoy their relationship, we definitely aren’t shying from some very deep topics and issue oriented subjects.”

Something else they aren’t shying away from: action set-pieces for which the MCU has become known. While this is a TV show, it’s clear Marvel isn’t skimping on the budget. The first episode — which TooFab has seen — kicks off with the most exhilarating Falcon sequence yet.

“From the beginning I was like, ‘We’re going to be a show Falcon in a way no one’s ever seen before,” said Skogland. “And I looked at all of his work and it has been so good and I thought, ‘How are we ever going to do better, if that’s possible?’ … but I think it wasn’t so much better, it was different.”

She explained that she looked into a lot of extreme sport videos and loved the GoPro aesthetic of it. To make the audience feel like they were flying along with Falcon and a number of villains in wingsuits, she strapped GoPro cameras on the stunt team and threw them out of planes to capture the first-person perspective. “What you see is what we’ve managed to get,” she added.

“The Falcon and The Winter Soldier” is coming on the heels of “WandaVision,” which nearly broke Twitter every week as viewers chimed in with fan theories after each episode. While some were on point, others — like the aerospace engineer possibly being a member of the Fantastic Four — set up unrealistic expectations for the show and even led to some disappointment for not delivering on things it never really promised in the first place. Skogland, however, didn’t seem phased.

“You know what I love, is that the fans are so engaged that they go for it. I have no way to predict what they’ll do with our story but I do love that they speculate,” she said. “What’s really great, is we love having shows all at once, but we also are going to love the fact that we’re stringing these out now over each week. So, there is a lot of time to speculate in between because of course our story takes some pretty big twists and turns. So, I’m sure, I hope the fans will feel compelled to be just as engaged.”

When asked if she felt like dropping any quotes that could send the fandom into speculation overdrive, however, she wisely said, “Not a chance.” 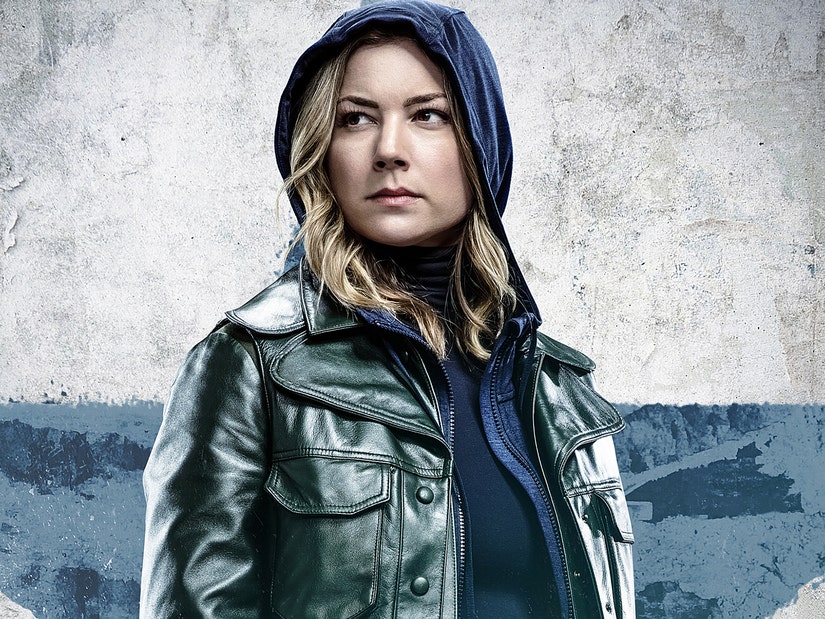 In addition to the two titular characters, a few familiar faces will also pop up through the series’ run. Emily VanCamp and Daniel Brühl will be back as Sharon Carter and Helmut Zemo, respectively, while Don Cheadle has teased an appearance from Rhodey.

Of the return of Sharon Carter, who went into hiding after helping Cap, Sam and Bucky during “Civil War” and vanished during The Blip, Skogland praised VanCamp’s devotion to the role.

“Emily is amazing and she works so hard at her stunt sequences and I can say she’s just a wonderful character to work with, person to work with and character to evolve,” she teased. “She’s got some really great moments in the show.”

Where “WandaVision” was confirmed to set up the events of “Doctor Strange In the Multiverse of Madness” before it even premiered, the brass at Marvel are a little more cagey when it comes to what, directly, this series is leading up to.

“You know what, I honestly don’t know. If I did, I probably wouldn’t tell you anyways but I honestly don’t,” Skogland admitted. “What is great is we’re telling a story that we don’t tie up in any bow, of course. Hopefully, we’ve opened doors to not only speculate but also to be thoughtfully pondering, because some of these important things that we are embedding in the show. So, let’s hope that there’s lots of doors that we open.”

“The Falcon and The Winter Soldier” debuts Friday, March 19 on Disney+.