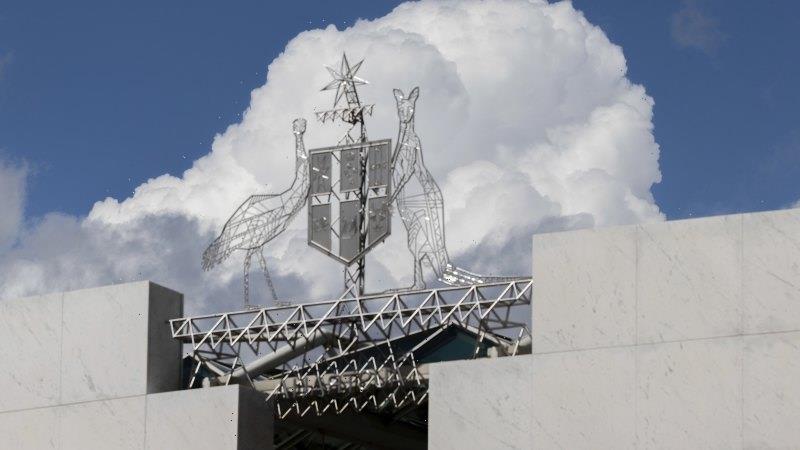 Only 41 per cent of Australians believe those in power in Canberra can be trusted to do the right thing for the country, wiping away an extraordinary boost to confidence during the first wave of the COVID-19 pandemic.

Approval for state leaders has also slipped in a major annual survey of social attitudes, with 63 per cent of Victorians saying their government was responding well to the pandemic compared to 68 per cent in NSW, 66 per cent in Queensland and 81 per cent in Western Australia. 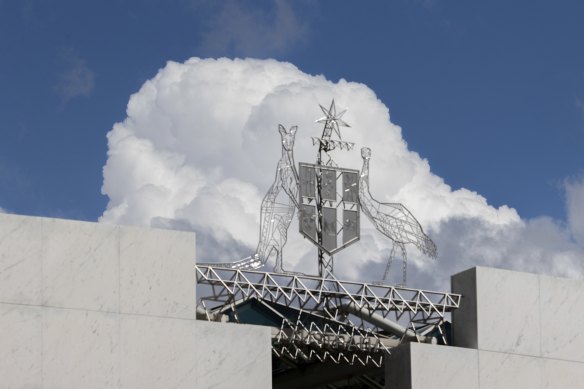 Asked if they believed “the government in Canberra can be trusted to do the right thing” all or most of the time, 41 per cent agreed, compared with 56 per cent in November 2020. Credit:Alex Ellinghausen

The research by the not-for-profit Scanlon Foundation also found significant concerns about social cohesion at a time when 39 per cent of Australians named economic issues such as jobs and poverty as the country’s biggest challenge after the focus on the pandemic in previous years.

“We have reached a critical tipping point where we can either solidify and strengthen social cohesion or allow it to slide further,” said the author of this year’s report, Australian National University lecturer Dr James O’Donnell.

The report’s social cohesion index, capturing views across dozens of questions, soared to 89 per cent in July 2020 after the first wave of pandemic lockdowns and rose again to 92 per cent in November 2020 but has fallen back to 83 per cent in the latest survey.

“The measures of social inclusion and justice (down seven points in 2022 compared to 2019), sense of belonging (down five points) and sense of worth (down two points) are lower now than before the pandemic,” says the report, to be released on Wednesday.

The survey, begun by Professor Andrew Markus of Monash University in 2007, found that trust in the federal government was 48 per cent during the global financial crisis in 2009 but fell after Kevin Rudd was toppled as prime minister the next year, rising again when the pandemic began.

This year’s survey was conducted from July 11 to 24, a period when national debate included concern over falling real wages, the reaction to the Reserve Bank lifting the cash rate target to 1.35 per cent, and a decision by Prime Minister Anthony Albanese to restore pandemic isolation payments.

Asked if they believed “the government in Canberra can be trusted to do the right thing” all or most of the time, 41 per cent agreed, down from 44 per cent last year and 56 per cent in November 2020.

Only 14 per cent agreed the Australian system of government “works fine” as it is, down from 17 per cent in the early months of the pandemic. Another 48 per cent said the system needed minor changes or no change.

Sixty-three per cent of Victorians said the state government was responding very well or quite well, down from 71 per cent last year and 78 per cent in November 2020.

Sixty-eight per cent of NSW respondents said the government was dealing with it very well or quite well, up from 59 per cent last year but down from 92 per cent in November 2020.

In Queensland, 66 per cent of respondents said the state was responding very well or quite well, down from 76 per cent last year and 84 per cent in November 2020.

In WA, the state with the toughest border controls throughout the pandemic, 81 per cent of respondents said their state was responding very well or quite well, down from 94 per cent last year, 98 per cent in November 2020 and 99 per cent in July 2020.

But the pandemic no longer takes priority for most Australian voters, with 39 per cent naming economic issues and 17 per cent environment and climate change as the most important problems facing the country.

Only 9 per cent said the pandemic and recovery were the most important problems in the latest survey, down from 63 per cent in July 2020.

The survey found support for globalisation remained strong despite pandemic border controls, while 75 per cent were concerned about a downturn in the global economy and 74 per cent worried about strains in Australia’s relations with China.

A new section of the survey asking Australians about the federal government’s proposal for an Indigenous Voice to parliament found 59 per cent support, with 28 per cent agreeing and 31 per cent strongly agreeing with the idea.

“A majority in all states and territories support the Voice to parliament,” the research found. Support was 62 per cent in NSW, 63 per cent in Victoria, 51 per cent in Queensland, 57 per cent in South Australia and 59 per cent in WA. The report did not list figures for smaller jurisdictions but said there were majorities in all.

The question was: “Australia should amend its constitution to establish a representative Indigenous body, or Voice.”

A separate survey for this masthead by Resolve Strategic in early September found 64 per cent support nationwide for draft wording put forward by Albanese to set up the Indigenous Voice. That survey, based on 3618 responses in August and September, also found majority support in NSW, Victoria, Queensland, South Australia, WA and Tasmania.

The Scanlon Foundation survey was based on responses from online surveys and in-depth interviews with people around Australia. There were 5757 respondents, 97 per cent provided online and 3 per cent by telephone.

“We can be 95 per cent confident that the value of any proportion for the entire Australian
population is at most 1.7 percentage points different from the survey results,” the research said.