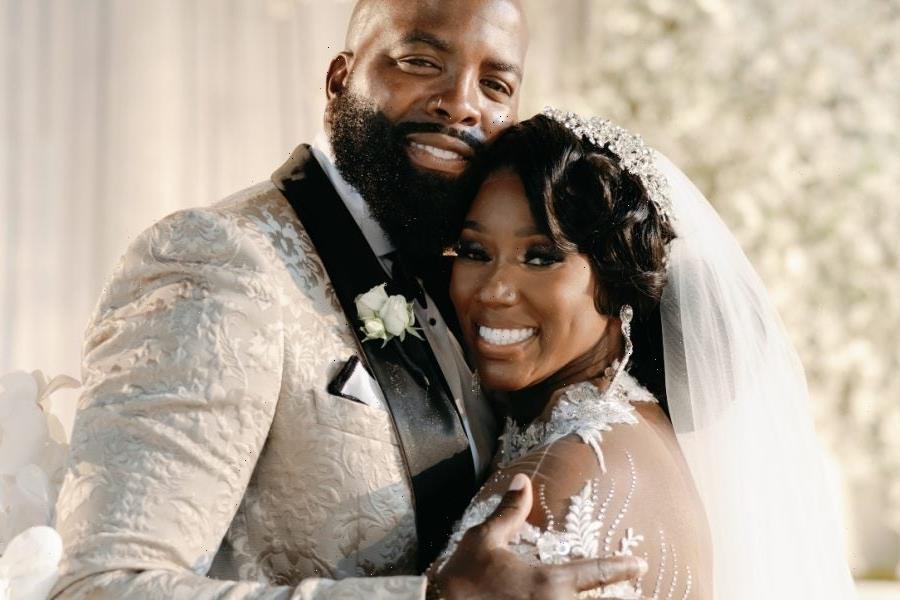 While they’ve received plenty of social media attention over a racy video from their recent wedding reception, how Stephanie and Rodney Combs first met is a much more laid back story. It all started at a gas station in San Antonio.

He had just moved to the city a few months prior, and the sight of Black people was rare. The sight of a beautiful Black woman literally stopped Rodney in his tracks.

“Another guy was walking out and he was smiling. I was thinking, What’s that guy smiling at? When I looked, I saw her going in the store,” he recalls to ESSENCE. “I said, let me get up off this truck and walk in there to say hello.”

At the time, Stephanie was looking for some beverages to buy for a gathering to celebrate her daughter’s birthday. Rodney approached her, offering to buy the drinks and to take her out for breakfast the next day. He made quite the first impression.

They had quite a few things in common. For instance, they both have daughters, and they both were Southern transplants to San Antonio. (Rodney is from Georgia, Stephanie from Alabama.) Despite exchanging pleasantries and their numbers, she took her time to respond to his text messages. “I was texting her and I said, ‘If you’ve got a man just let me know.’”

But Stephanie didn’t. “I was just good on relationships. I was taking some time for myself,” she recalls. But Rodney’s persistence paid off. She decided to finally respond and meet him for a first date that ended up being a weekend full of outings and connecting.

“We just clicked,” she says. “I was like, this is a really sweet guy. Very genuine. He’s a gentleman, opens doors, he’s very chivalrous, which is long gone. You don’t find men who just let a woman feel like a woman. He did that for me.”

“We’ve been locked in ever since then,” he adds.

More than two years later, on July 30, 2022, the two exchanged vows in Greensboro, Georgia at the Ritz-Carlton Reynolds at Lake Oconee. They said “I do” in front of good friends and beloved family, noting their favorite moments included Rodney watching Stephanie walk down the aisle, and for her, reciting their vows, as the couple ended up making a lot of the same promises to one another.

The crooner Major also played a big part in special moments during the couple’s reception, as he sang for their first dance, and for memorable dances with family.

But no moment stuck out more for everyone — groom, bride and guests alike — than the garter toss. Now, over the years, garter toss dances have become a bit more sensual, with men using their teeth and putting on elaborate routines to go under the bride’s dress and retrieve the garter from her thigh. But Rodney’s routine, which encompassed him putting Stephanie’s big toe in his mouth, licking the bottom of her foot and the couple sharing a steamy French kiss, took the cake. The pair never thought it was a moment that would end up online.

“The garter toss is a special moment that we just wanted to be between us. We had no idea our videographer would put it on social media,” she says. “When I saw it on his page I was like, ‘Oh my God!’ We had no idea he was going to put that on there for the world to see.”

Before they knew it, the video from wedding videographer Tony Pombo (@irisfilmsatl) racked up nearly 1,000 comments on his page and more than 11,000 views.

“I didn’t think it was going to go that far,” Rodney says. “When I looked at it I was so embarrassed.”

“But you have to remember, this was toward the later end of the ceremony. Rodney and I had been drinking, people had been coming up to us and we’d been taking shots. So we were feeling good at that point,” Stephanie continues. “Rodney’s not a person who does stuff like that. He doesn’t do stuff so everyone can see. In the moment it felt like it was just a moment between he and I and not everybody.”

“That was the closest thing I could see was her foot right there,” he adds as a reason for the toe lick. “I was just in the moment at that time. I wasn’t thinking about anybody else.”

And while some people questioned the comfort of guests at the reception who watched the display, loved ones couldn’t get enough of it.

“Our family was there, the groomsmen were behind Rodney and they were cheering him on,” she says. “One of his friends was like, ‘Aw man suck the big toe man!’ My mom was cheering. Everybody was hootin’ and hollerin’ from the sidelines.”

Of course, there were judgmental people who weren’t present, and they felt the garter toss went too far, which did upset the bride some. However, for the most part, the response was positive, with people saying the moment was reception goals for them.

“We had a great time and I don’t regret a second of it,” she says. “There were a lot of people who were like, ‘I can’t wait for my day! If my husband doesn’t come with that energy I don’t want it!’ Seeing that and the love we got from it, it was like, maybe it wasn’t a bad thing with it being put out there for the world to see.”

And for the record, the clip was literally only a few seconds of a magical ceremony and celebration for the couple. The stayed on the dance floor all night, joy emanating around the room.

A month since their big day, Mr. and Mrs. Combs are looking to the future. And as exciting as their wedding day was, you already know married life is going to be “lit” (as the kids say), simply because they’ll be together.

“Every day, every week, you learn something new about one another, regardless of how long y’all been together. I think I’m looking forward to even the challenging moments as far as whatever may come our way,” Rodney says. “I’m looking forward to learning her more, growing with her and trying new things that she’s opened my eyes to.”

“We travel often and we’re always on the go somewhere,” Stephanie adds as the couple speak from a hotel in NYC, a quick getaway to celebrate her birthday. “I look forward to traveling all over the world, making memories with him and just being better people overall for one another. I just look forward to growing with him in every aspect.”

Check out photos from the couple’s big, beautiful and bold wedding day below! 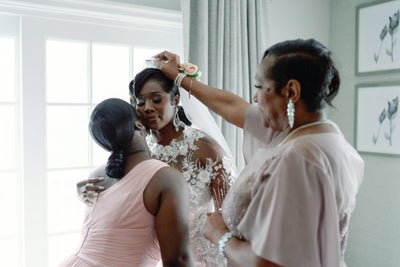 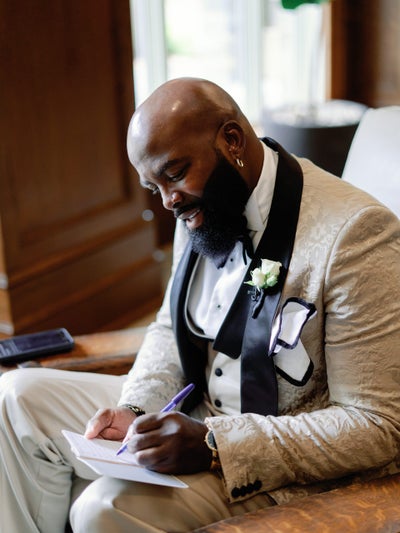 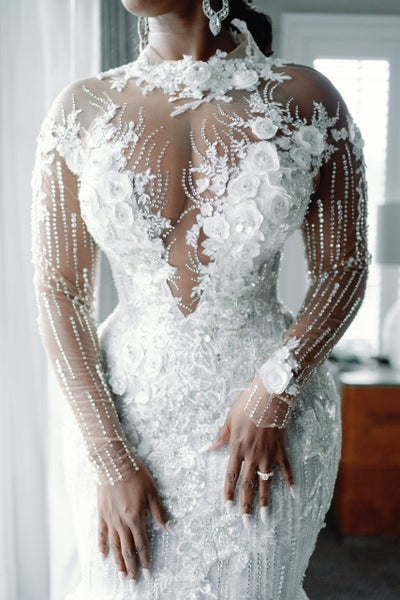 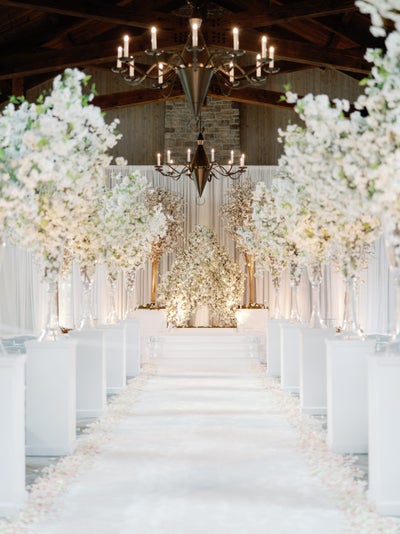 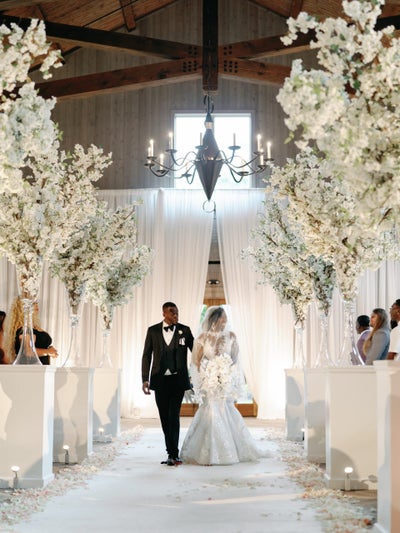 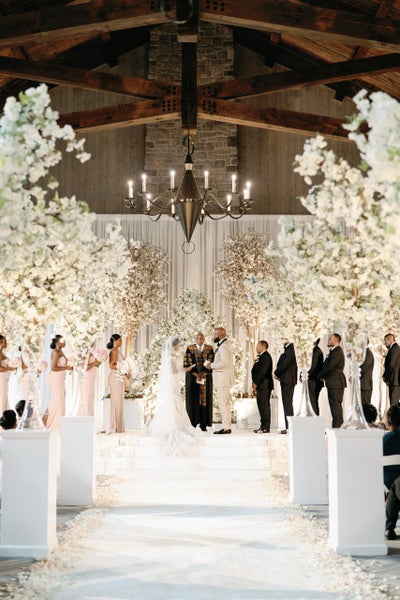 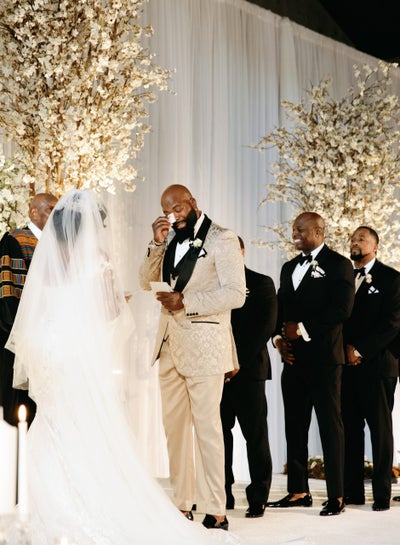 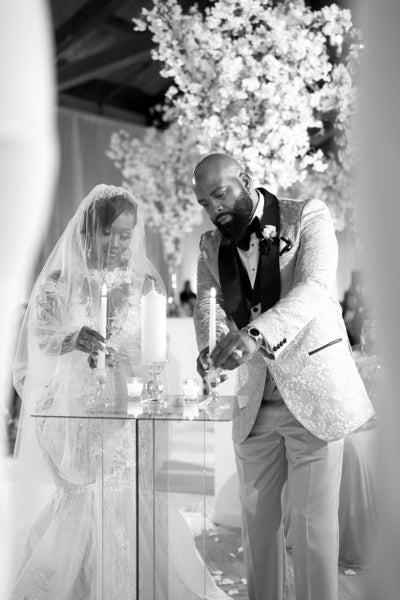 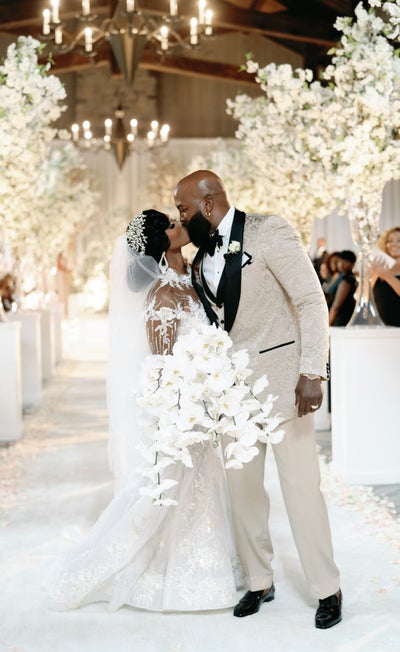 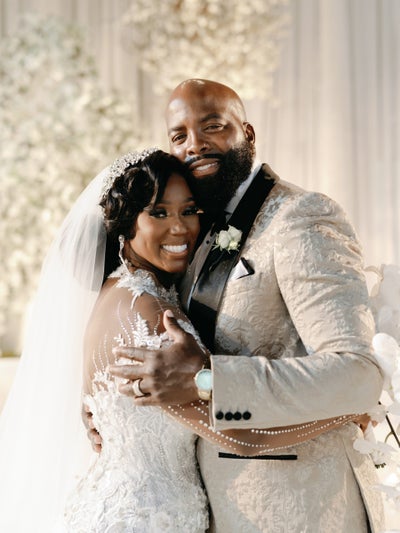 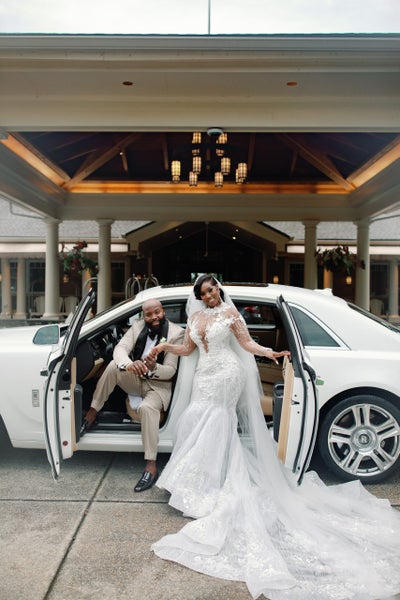 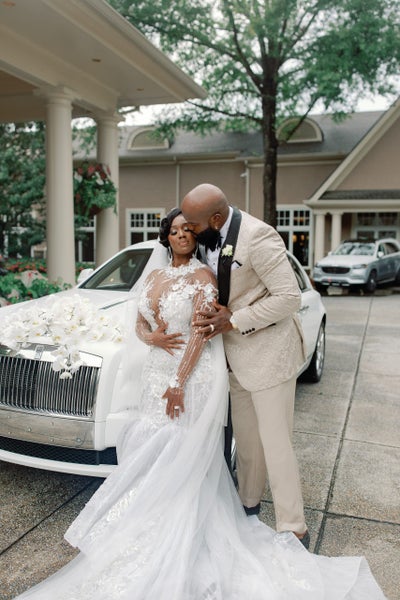 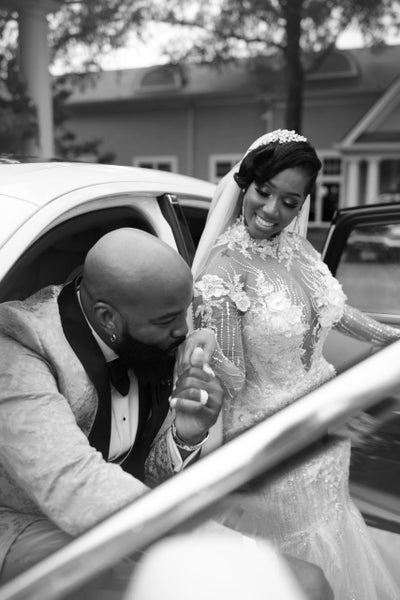 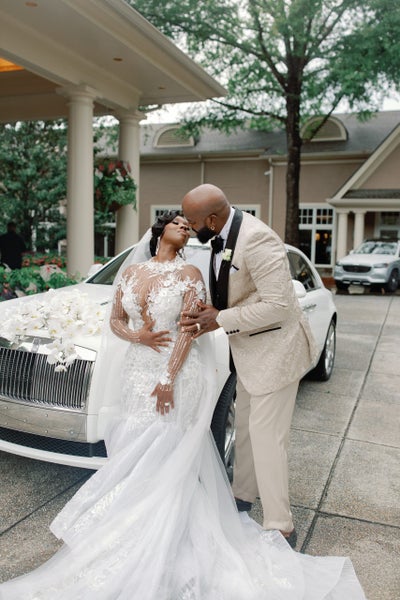