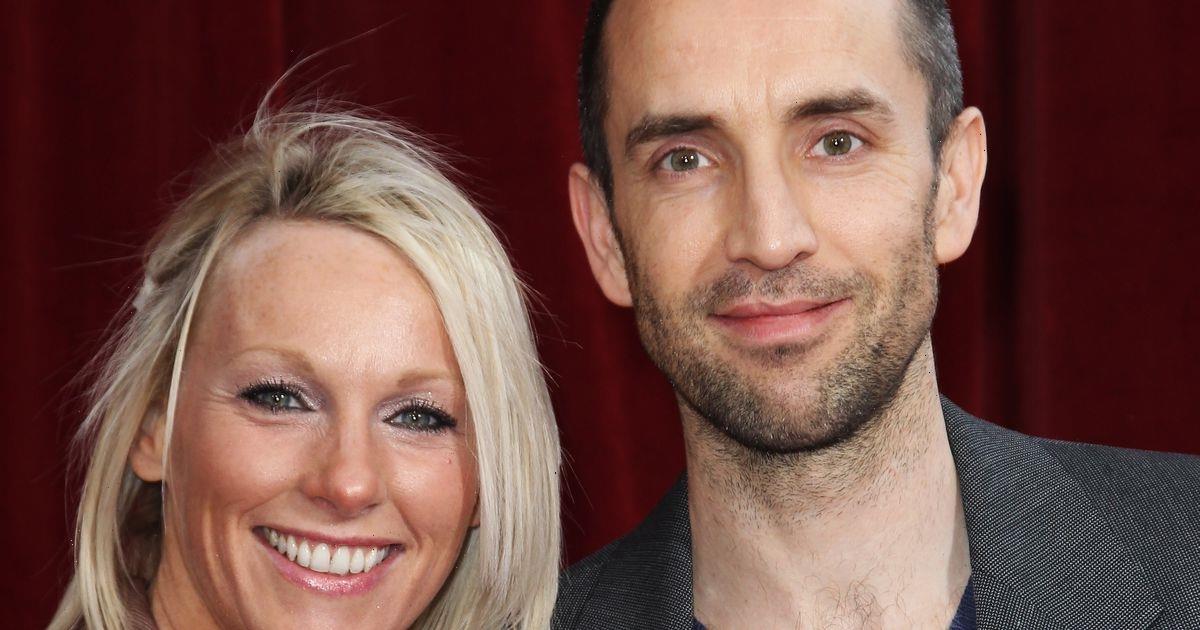 James Hooton has starred in Emmerdale as iconic character Sam Dingle for a whopping 26 years, since 1995.

And during this time he’s had his fair share of gripping storylines, making him a household name among Emmerdale fans.

The character of Sam is the son of Nellie and Zak Dingle, and is a very popular character on the ITV soap.

Yet despite being a face we’ve come to know and love on the show, James’ home life is a far cry away from that of the soap.

Who is James Hooton?

James, 47, is an actor who is perhaps best known for his role on Emmerdale.

Aside from the soap, James made his first TV appearance aged 12, in the children’s show Your Mother Wouldn’t Like It, and he’s also appeared in Peak Practice, The Bill and Heartbeat.

The pair got engaged in 2010 on Valentine's Day but are yet to marry.

Does James Hooton have children?

Their youngest, Ava-Rose, was born in 2016 and the actor told OK! magazine at the time: “I was sat in the green room and I had two more scenes to do when I got a text at about 2:30pm saying ‘There's no problem or anything but just get in touch when you can.’”

“I had my phone in my pocket because I knew she could go into labour at any time,” the ITV soap star continued.

What do child soap stars look like now? From Ben Mitchell to Bradley Manning

“I rang her and she explained the situation and I said: ‘It sounds like you're in labour!’”

What else do you need to know?

Emmerdale fans expressed their shock in the past after hearing the real voice of James.

One fan compared it to the shock they felt upon discovering Killing Eve star Jodie Comer actually had a Liverpool accent.

James was heard narrating a behind the scenes show, looking back at the life of character Zak Dingle, and after hearing his real voice, which sounds completely different, fans were quick to express their shock.

Fans were then taken aback again when they heard the actor on This Morning the year.

One said: “I was today years old when I heard Sam Dingle's real voice,” while another commented: “Sam has a very posh voice in real life #emmerdale.”

James shocked fans on another occasion too, as he showed off his amazing body transformation.

The star, in 2019, unveiled ripped abs and bulging biceps in a social media photo.

Even former Emmerdale and I'm A Celebrity… Get Me Out Of Here! star Adam Thomas heaped on the praise, replying to James’ snap with the simple message: “Beast!!!!”

Cardio appears to play a major part in James’ fitness regimes, with the soap star sharing several snaps from numerous runs and jogs around the countryside – even in plunging temperatures.

James is also a huge fan of rock climbing, combining both strength conditioning and cardio.