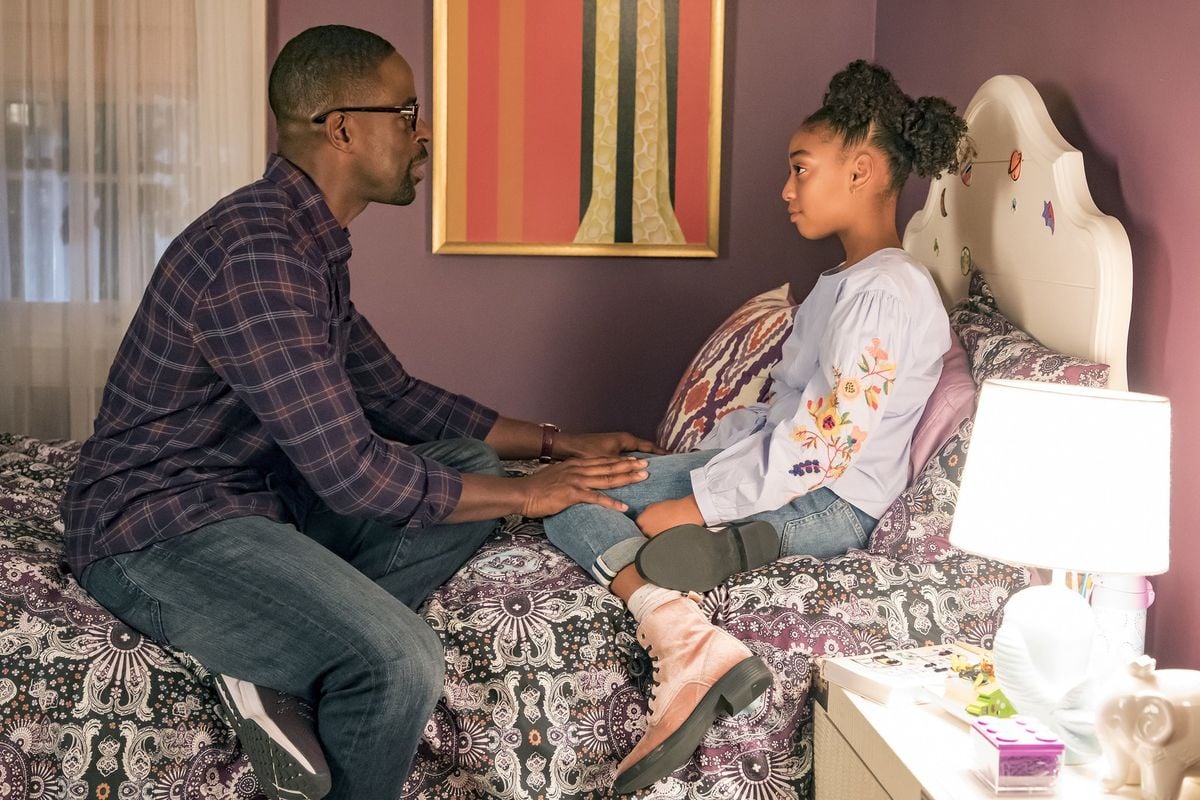 We’re in the homestretch for This Is Us season three, and it sounds like they’re saving the best for last. While this season has had its fair share of curveballs, the cast has teased that the upcoming finale will be completely “devastating” and “hard to digest emotionally” as we continue to uncover the “her” mystery surrounding Rebecca in the flash-forward. As the finale gets closer, fans have been going wild with theories about how the story will unfold. Though some might be a little far-fetched, others might actually be true.

I recently sat down with Eris Baker, who plays Tess, and she discussed the ominous flash-forward and what it means for the rest of the Pearson family. While she teased that the season three finale would definitely be “shocking,” she added that it won’t be as shocking for eagle-eyed fans. “There are little pieces going on here and there every single episode,” the 13-year-old actress said. “So if you’re really paying attention, you’re not going to be as surprised.” Hmm, does that mean some fans have correctly guessed what happens to Rebecca?

While Baker doesn’t appear in the flash-forward, her character, Tess, does play a large part in it. When the future timeline was first introduced at the end of season two, we got a glimpse of adult Tess (played by actress Iantha Richardson) as a social worker. Though Baker was initially surprised by the flash-forward twist, she admitted that knowing where Tess ends up has influenced how she portrays the character in present day and how she got to that point in the flash-forward. “[When I met Iantha], she told me how she analyzed my character,” Baker said. “So then I started looking back on when she was doing the futuristic scenes with Sterling [K. Brown]. That just showed me how she was helping adopted kids like Déjà. She was helping other kids because of her sister. It was all a family thing.”

In addition to learning about Tess’s occupation in the flash-forward, we also learned that she is particularly hesitant about going to visit Rebecca. As Randall and Tess get ready to leave her office, Randall tells his daughter that “it’s time to go see her,” to which she responds, “I’m not ready.” While Tess and Rebecca haven’t had too many scenes together on the show, they did share a particularly heartfelt moment when Rebecca encouraged Tess to come out to her parents. As the show sets up for the finale, though, Baker added that we’ll “definitely” see Rebecca and Tess’s relationship develop more. “I’m excited because I don’t really get to work with Mandy [Moore] or Chrissy [Metz] as much as I would love to,” she said. “So doing the scenes with them was a lot of fun.”