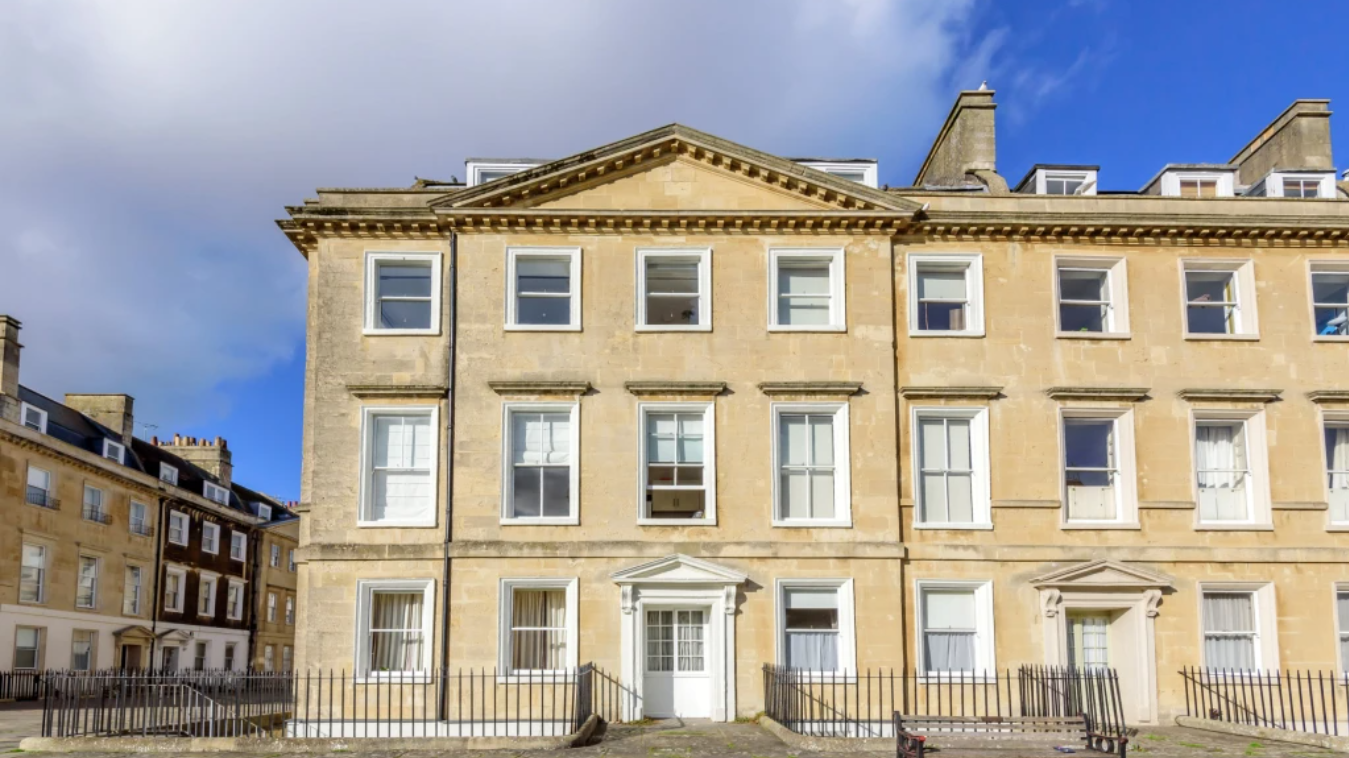 Forget about owning a house, now’s your chance to own a whole square.

Beauford Square in Bath has a total of 13 houses, four apartments and two commercial units.

Also included in the sale are Royston House, a building of 13 period apartments near Bath Abbey, and Lark Place, a row of nine Georgian cottages next to Royal Victoria Park, making a whopping total of 41 properties.

Beauford Square dates back to 1730, and was used as a setting in Netflix’s super-hit Bridgerton.

It was used to film a number of scenes in the first series of the show, including one in episode two where Eloise and Penelope discuss pregnancy and another where a carriage passes through after a wedding.

The buildings were designed by architect John Strachan, and all the properties are close to the centre of Bath, which is a UNESCO World Heritage Site.

It was developed for the long-running charity St John’s Foundation, one of the largest landowners in Bath, but the organisation has decided to sell it to rebalance assets and decrease the properties it owns in favour of financial investments.

This is how Beauford Square came to be on the market for the first time in almost 300 years, with agents Carter Jonas saying it is ‘an exciting and rare investment opportunity’.

David Hobdey, Chief Executive Officer at St John’s Foundation, said: ‘These buildings have been in our possession for many years – Beauford Square, in particular, has been owned and tenanted by the Foundation since its construction in 1730.

‘The sale of these buildings will enable us to inject the finances back into the Foundation to help those in need, and we are delighted to be working with Carter Jonas to find the new proud investor for these properties.’

St John’s Foundation, which was founded in 1174, focuses on supporting children, older adults and people in crisis. It will reinvest money from the sale of the buildings to help with their important, life-changing work.

Lee Richards, head of BTR and PRS at Carter Jonas, said: ‘This is a truly rare opportunity to purchase a selection of historic buildings which present excellent investment potential.

‘The buildings are near to 100% occupied and are highly desirable due to their picturesque facades and fantastic location.’