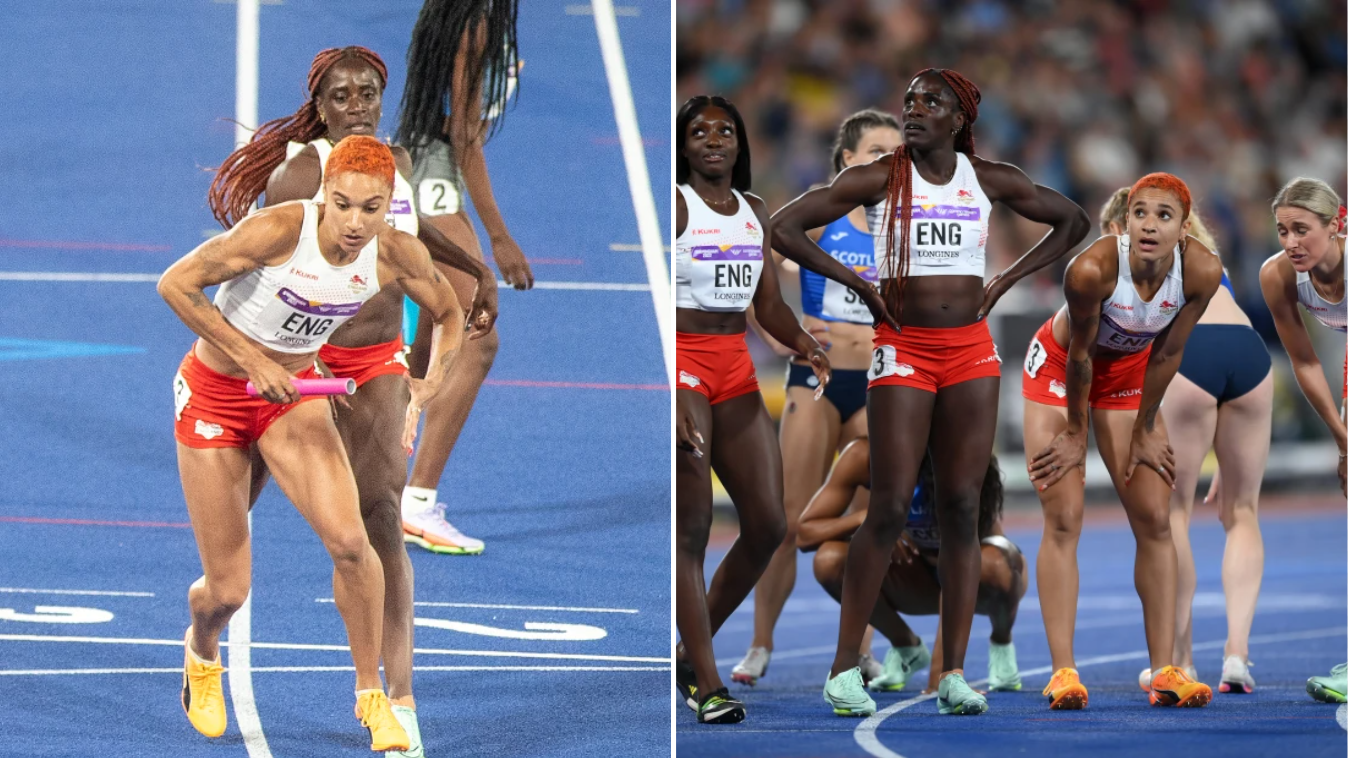 England were disqualified and stripped of the gold medal they won in the women’s 4x400m relay final at the Commonwealth Games after officials spotted a lane violation.

Victoria Ohuruogu, Jodie Williams, Ama Pipi and Jessie Knight appeared to have taken a stunning victory in dramatic circumstances as the latter flung out her arm to finish millimetres and a single thousandth-of-a-second ahead of Canada’s anchor leg runner Kyra Constantine.

It had been a superb performance from all four women, but was eventually undone post-race when Canada were awarded victory, while Jamaica and Scotland were promoted to the silver and gold medal positions respectively.

The crowd at the Alexander Stadium were gleefully celebrating one of the most scintillating moments of the Games after Knight crossed the finish line, originally confirmed after analysis of the photo finish, but the officials were busy scrutinising the first handover.

With England running in lane three, replays clearly showed Williams dropping her left foot into lane two after picking up the baton from Ohuruogu, a violation of the rules which can only be punished by disqualification.

After originally lauding their win with flags wrapped over their shoulders in front of the crowd in Birmingham, the England team did not appeal against the disqualification decision.

That meant that the Canadians took the win with a time of 3:25.84, two seconds off the Games record and ten away from the world record.

The Scottish team of Zoey Clark, Beth Dobbin, Jill Cherry and Nicole Yeargin put in a season’s best to take third after the officials’ decision.

The result leaves Scotland sixth in the medal table, while Canada are in third. England, meanwhile, are second in the standings with 55 gold medals, while Australia lead with 66.