A Florida man who authorities say accidentally struck members of his gay men’s chorus with a pickup truck during a Pride parade over the weekend has offered his “sincere regrets” for the tragedy, which left one man dead.

James Fahy, 75, was killed, while Jerry Vroegh, 67, and Gary Keating, 69, who is the choir’s founding director, both suffered injuries, police said. 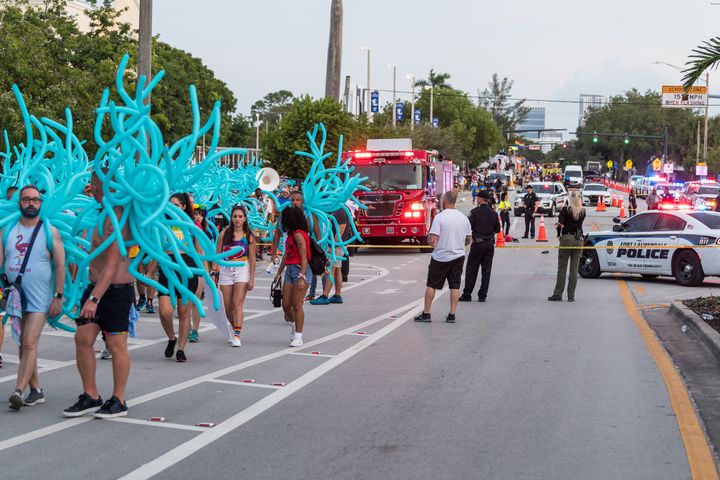 “This was a horrible accident and I offer my sincere regrets to all those who were impacted by this tragic event,” Johnson, 77, said in a statement obtained by local media Monday. “I love my Chorus family and the community and would never do anything to intentionally harm anyone. Please know that I hold my fellow Chorus member, Jim Fahy, in my heart forever and offer my condolences to his friends and family.”

The choir, in its own statement, expressed gratitude for the community’s “love and understanding” at this time. Like the Fort Lauderdale Police Department, the choir’s statement described what happened as “an unfortunate accident.”

Police had said that Johnson was selected to drive the pickup truck in the parade because of physical ailments that prevented him from walking for the event’s duration.

No arrests have been made, and police have said they are conducting a thorough investigation with the FBI. This follows initial claims from people at the scene that the incident may have been terror-related, speculation that has not been borne out.