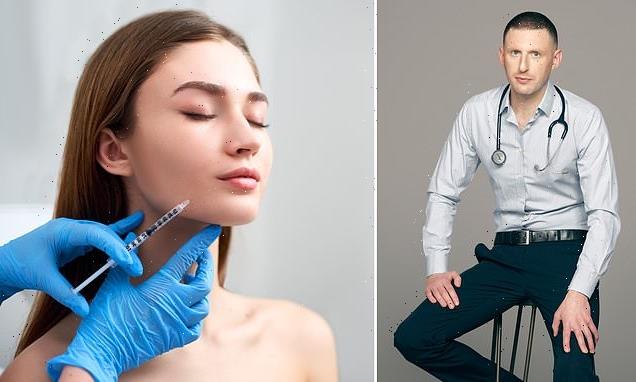 DR MAX PEMBERTON: Why we must put an end to the fillers free-for-all

We often think of doctors dishing out pills willy-nilly. While sometimes there is over-prescribing, for example doctors giving out antidepressants when therapy might be more appropriate, every prescription that is written is carefully analysed and monitored.

Which is what makes the current situation with anti-ageing fillers all the more bizarre. Fillers are not and have never been a prescription item in this country, so just about anyone can inject them. Think about that for a moment.

While I, as a doctor, will have any antibiotic prescription I write audited and checked over by various layers of professionals, someone with little more than a few hours’ training (if that) can currently inject a substance into someone’s face that can dramatically alter their appearance.

Furthermore, if done incorrectly, the treatment risks a host of serious side-effects, including blocking blood vessels and causing death to parts of the tissue. 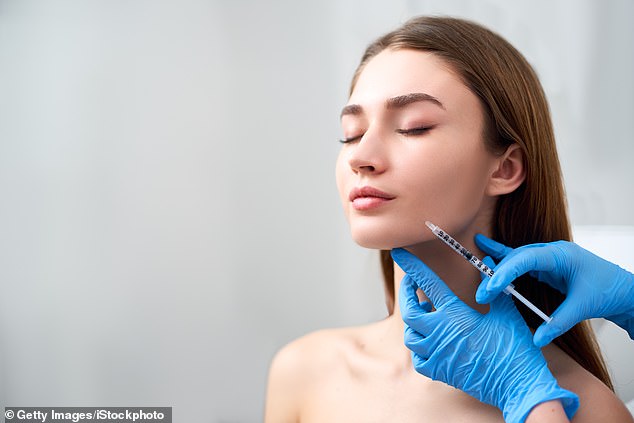 Under current laws, aesthetic practitioners in the UK do not need any qualifications to inject dermal filler, which has led to calls for MPs to change the rules to make them prescription-only

People just don’t realise that, under current rules, an aesthetic practitioner in the UK does not need any mandatory qualifications, meaning literally anyone can inject dermal fillers.

It beggars belief that this has been the case for so long.

Now, however, things might be about to change. Last week MPs heard how the current laissez-faire attitude to dermal fillers put the public at risk and there were finally calls for them to be made prescription-only.

At the very least, this would mean the substances used in fillers would be properly monitored and that a medical professional, such as a doctor, would have to be involved. It does seem bizarre that anyone can inject a substance into someone’s face in this country without any restrictions.

It’s not just the fact that it has the potential for life-changing consequences if done incorrectly, but actually my biggest fear is that in this wild west of cosmetic procedures, too often it’s being given to people who are inappropriately young.

I was horrified the other day to see an 18-year-old-girl in A&E (who had come in with an unrelated problem) tell me that she had just had her lips ‘done’. Unfortunately, she looked just like a blow-up doll.

Why would anyone her age need what is supposed to be an anti-ageing injection? What she needed was careful counselling and emotional help, not some chemical pumped into her face.

I’m sickened that young women are even considering this, but what is truly horrifying is the thoughtlessness of the people doing it to them.

These sorts of procedures are wholly inappropriate. It’s easy to blame the cult of celebrity, where a face full of fillers is seen as part of a beauty regime.

Many fans look up to these famous people and want to emulate them, not realising that actually, ironically, they already have the youthful appearance these celebrities are chasing. 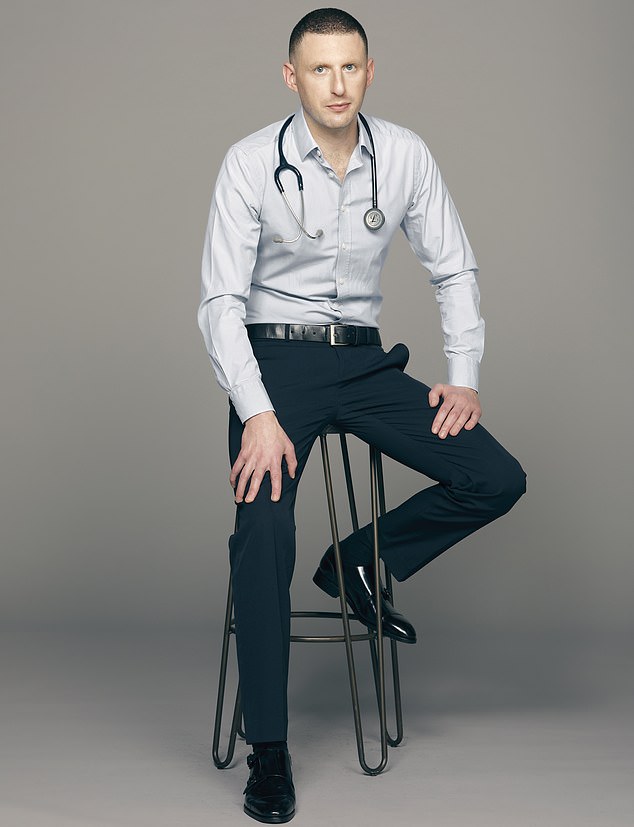 Dr Max Pemberton (pictured) says filler can be injected by anyone in the UK, with many with only hours in training and if done incorrectly, it can host some serious side effects

But the buck must stop with the practitioners who are wielding the needle.

By making it prescription-only, doctors would need to be involved and they are bound by strict ethical guidelines about who to administer these injections to.

Doctors who prescribe in a reckless or unprofessional manner would be quickly identified and questioned. Those who are found to have breached guidelines or acted outside of the usual accepted practice would risk serious consequences.

There are several layers of protection, with prescriptions monitored at a local, regional and national level.

This is important because — while medications might be intended to help — inappropriate or incorrect prescribing can be dangerous, or even deadly.

Medications are powerful things and should be treated with care and respect.

Moving to a prescription model would lead to a crackdown on the cowboy practitioners by making our medical professionals responsible for dishing out the treatment.

Yes, there are unscrupulous and unprofessional doctors and nurses. I know that, don’t get me wrong.

But the scrutiny that exists around prescribing would mean at least some monitoring and it would mean patients would be required to have a sit-down, face-to-face consultation with the prescriber who would be duty-bound to explain the risks and benefits, just as they are with any other medication or procedure.

It strikes me as utterly bonkers that this industry has proliferated in the past decade without any kind of regulation in place.

While dermal fillers might be able to turn back the clock, it’s time that this industry was dragged into the present day.

The system is hugely costly to tax- payers and much of it is wasted on legal fees. It needs to shift from a blame culture to one where NHS trusts learns from its mistakes. 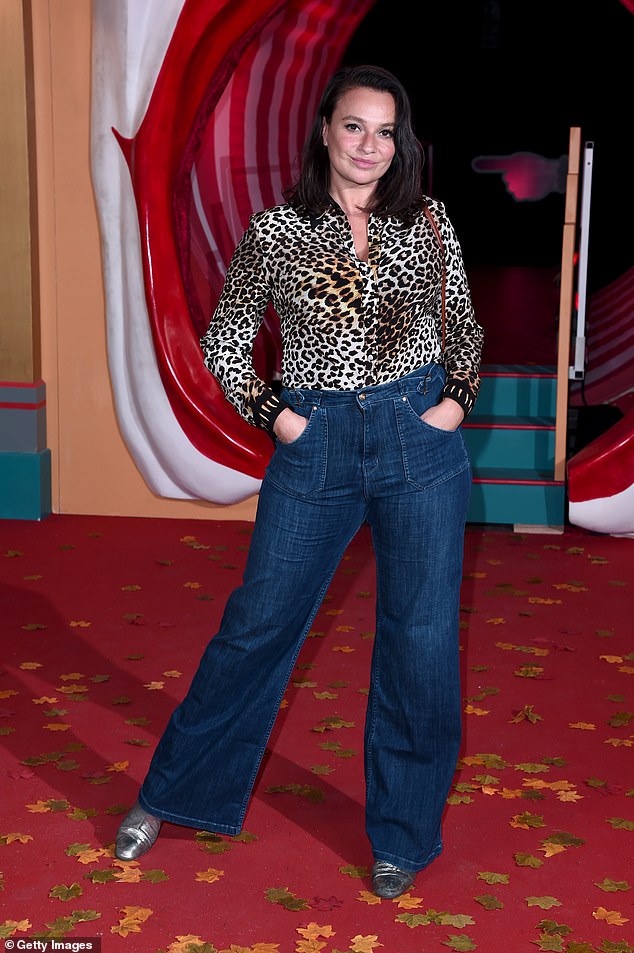 TV chef Gizzi Erskine, pictured, has slammed people who claim to have ADHD just to ‘look cool’. I’m afraid this is something I’ve seen again and again. There’s a real tendency of late to medicalise our quirks to garner sympathy

TV chef Gizzi Erskine, pictured, has slammed people who claim to have ADHD just to ‘look cool’. I’m afraid this is something I’ve seen again and again. There’s a real tendency of late to medicalise our quirks to garner sympathy.

I’ve seen adults say they have ADHD to explain why they can’t concentrate or focus at work.

A whole industry has sprung up to diagnose people with ADHD when in fact often they just need to get off their phones and learn to tolerate frustration, boredom and tedium in their lives. In children, it’s even sometimes used to gloss over bad parenting.

ADHD is undoubtedly a complex condition, with genetics, environment and social factors playing a part.

Yet too often people reach for a label to explain their behaviour rather than looking at what’s really causing it.

Doctors have been told not to use ‘belittling’ words such as ‘send home’ or ‘take a test’. The authors of the article, published in the BMJ, argue it portrays patients as being passive.

Hang on, the world’s gone mad! I’m not sure any of these phrases are particularly belittling. Sending someone home suggests that the doctor has made a decision that I don’t need to be in hospital. I’m very happy for them to ‘send’ me home.

What patients don’t want is doctors pussy-footing around with the words they use. They want to be seen by a doctor who is kind and knowledgeable.

A cup of tea 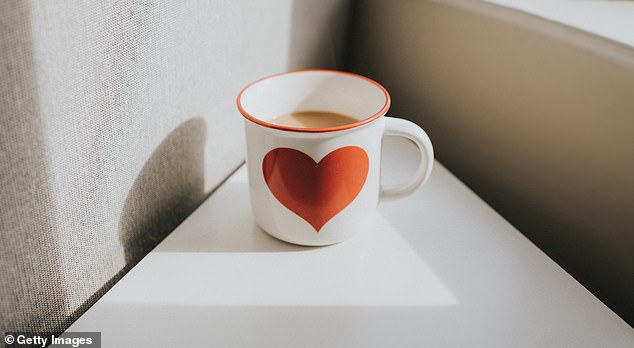 According to research, a nice cuppa is just what the doctor ordered. It showed tea is the ‘optimal beverage’ for good health — cutting the risk of cancer, heart disease and dementia

According to research, a nice cuppa is just what the doctor ordered. It showed tea is the ‘optimal beverage’ for good health — cutting the risk of cancer, heart disease and dementia.

This is because it’s rich in compounds such as flavonoids and L-theanine which have antioxidant properties, suppress inflammation and boost tissue repair. So put the kettle on!