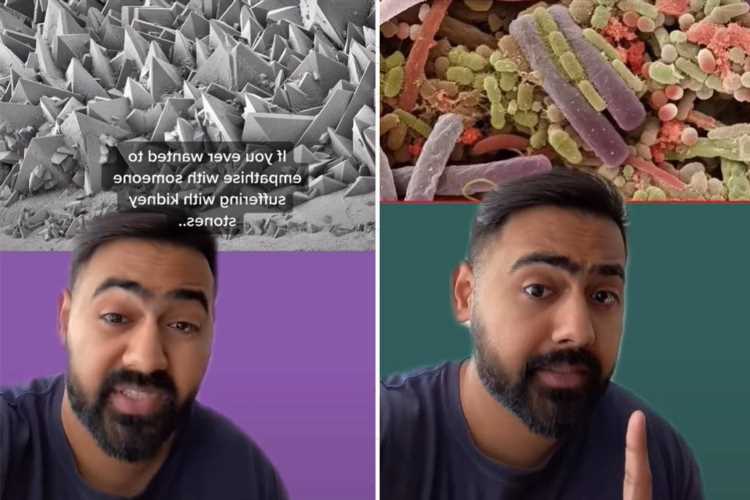 AN NHS doctor has revealed what really happens when people kiss – and the answer is going to shock you.

Dr Karan Raj said that just one smooch can lead to "80 million bacteria" being exchanged. 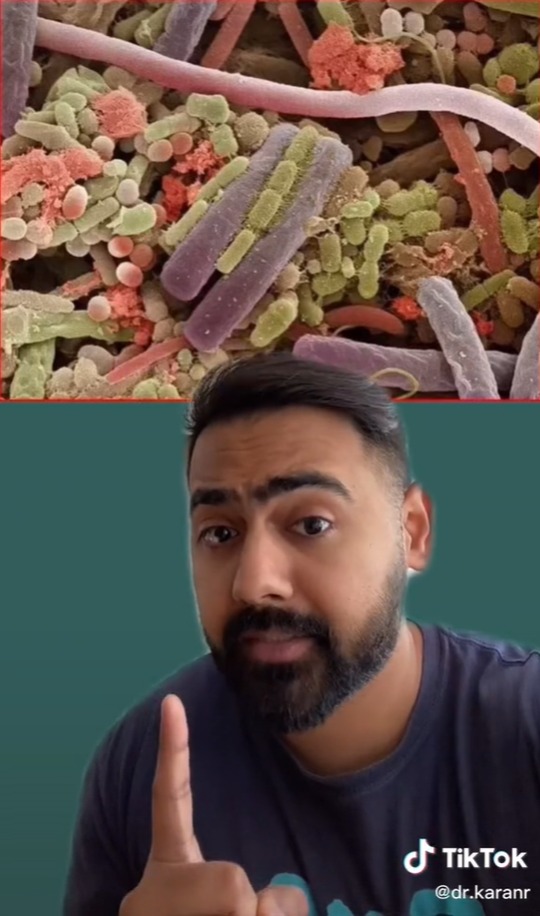 In a TikTok video, the surgical doctor shared a close-up of the bacteria found on our tongues and said: "The next time you pucker up and swap saliva with someone's face hole, just know you're gifting each other 80 million bacteria in one kiss".

He also shared a microscopic close-up of a bristle of a toothbrush, warning: "This is a timely reminder to change your toothbrush. This is plaque, dirt, and bacteria on the bristles of your toothbrush."

Dr Raj then shares a picture of kidney stones, which look like hundreds of broken shards of glass stacked upon each other.

"If you ever want to empathise with someone suffering with kidney stones, now is the time," he said.

"They look and feel like shards of glass passing through your pee pipe."

The medical professional also had a close-up of a head louse.

"I hope you wash and comb your hair on a regular basis because this is a head louse it's not going away without a fight!" he warned.

On Friday, Dr Raj took to TikTok to explain why chopped-off feet inside trainers keep washing up on beaches in North America.

He claimed that when a corpse falls on the ocean floor, it's quickly set upon by scavengers who "are lazy feeders and prefer to eat the softer parts of our bodies first".

"Some of the softest parts of us are the soft tissues and ligaments around our ankles.

"When scavengers chow down on this the foot will detach easily from the body."

Since August 20, 2007, 21 feet have washed up on the beaches completely severed from the bodies they were once attached to.

He also explained what really happens when someone is cremated.

In it, he says: "When someone gets cremated, the ashes are not what you think they are. 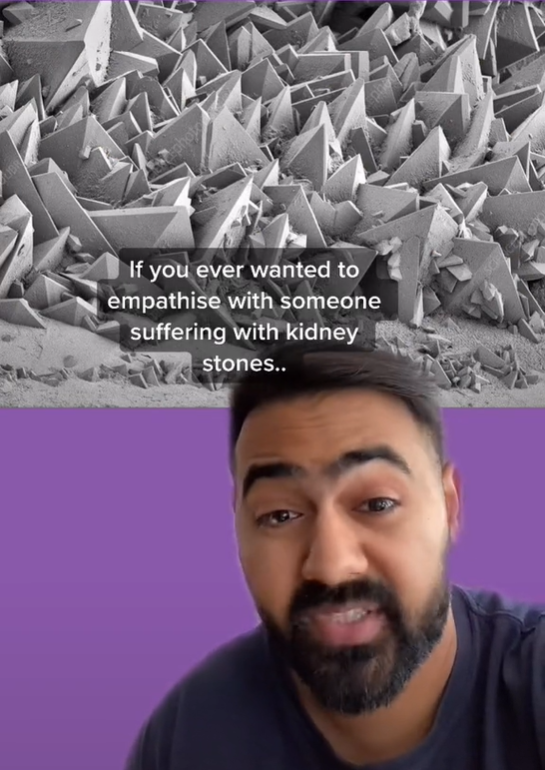 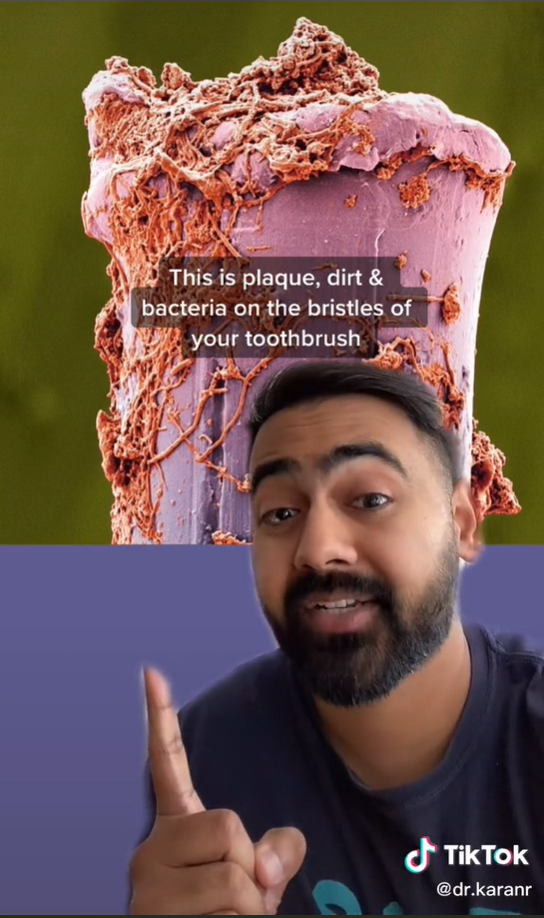 "Incinerating a human body doesn't turn them into ashes like when you burn wood, you're actually left with dried bone fragments.

"These bone fragments are put into a machine called a cremulator and pulverised."

The surgical doctor continued: "Basically a high-speed blender that processes bones to look like ashes."