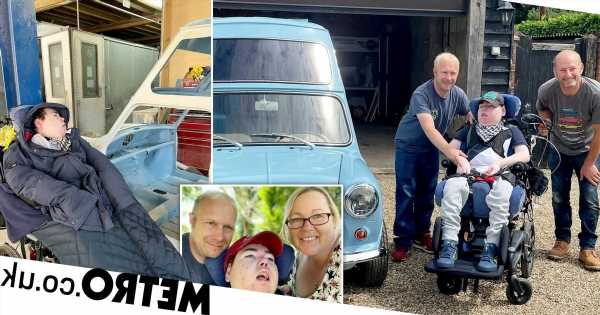 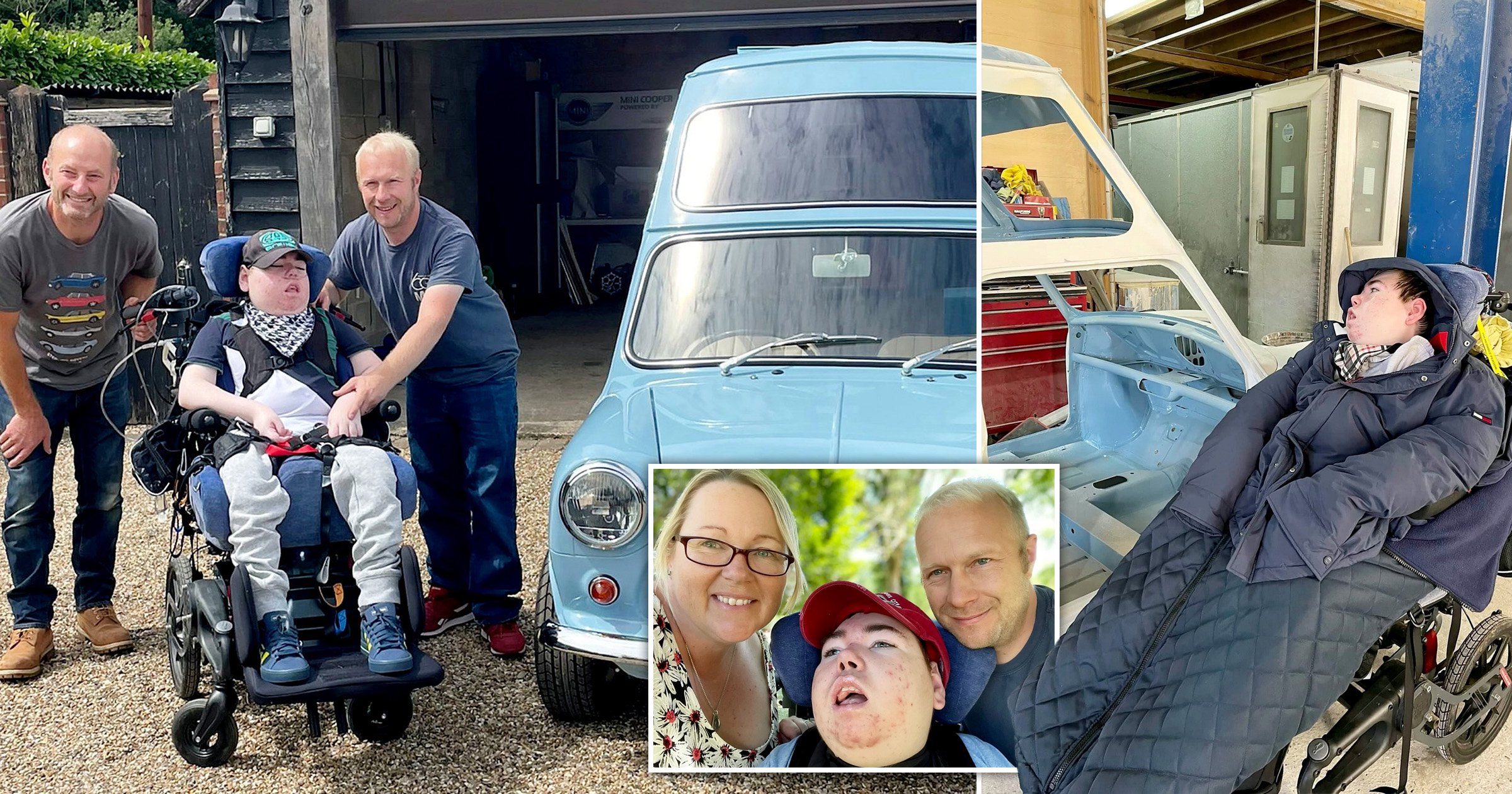 A devoted dad who was inspired by the Popemobile to adapt a Mini, so that his disabled son could own his first car, has completed the project 10 years after he began.

Robin Middleton, 43, decided to purchase the £600 classic Mini chairman van after seeing it on eBay, and made it his mission to convert it for his 14-year-old son Charlie.

Charlie has used a wheelchair all of his life after he was deprived of oxygen for several minutes at birth.

The teenager also has cerebral palsy and epilepsy. This means he is dependant on Robin and his mum Cheryl for everything.

Due to his condition, the family thought Charlie would never own a car but his dad became adamant that his son would.

The Mini resembles the car Popes have used for decades for protection when being driven through crowds of worshippers.

And over the last decade, Robin has adapted the van so it can fit Charlie’s wheelchair.

‘I just saw the van come up on eBay,’ Robin says.

‘I had gone to several Mini shows before and as we have a Ford Transit van that is converted, we would have to go in that and then go around the shows.

‘But then I really wanted Charlie to be able to do what everyone else can.

‘I supposed to a certain degree, you can take things for granted as you can sort of turn up and be there with the cars.

‘I just thought it would be a nice thing to do, so he can be a bit more of a part of it and have his own little car.

Robin notes that ‘straight away you could tell it was a lot of work to do’ but now it is finished, he is relieved.

‘It was a bit of a spur of the moment thing to a certain degree, but I thought surely we can do something to make it nice for him and get out and about,’ he explains.

‘I did it in bits and pieces, just when I could afford all of the panels so I properly started it four years after I bought it.

‘A good friend of mine is into Minis as well, so we passed it between us for a little while so we could try and ease it along really.

‘I was spending all my evenings and weekends trying to get it finished, so I dread to think how many hours it took to actually do it – it’s certainly been a lot.

‘It is just such a nice feeling to get it finished, and now I’m looking forward to being able to get him out to one of his first shows, it will be lovely.

‘It will be fantastic – I just don’t know what I’ll end up doing with myself after this one has finished.’

Charlie also loves the van, and when he went out on his first trip, he was ‘smiling’ and ‘definitely enjoyed it.’

Robin was also keen for Charlie to have as much choice as possible, so he chose the colour of the car and had some input on the frames.

The dad adds: ‘Charlie has been in the van, and we’ve had about four trips out now. I’ve done several Minis for family members, so we got them altogether so we could go on a little run and that was lovely.

‘We had only done around seven or eight miles, just around the little village we live in, just so we could get him out for a little drive in it.

‘He was definitely smiling and he definitely enjoyed it which was lovely.

‘It was quite a big relief for me when it was done.

‘From the offset, I said if I could get him to one show, then that would be more than worthwhile, and it is lovely to see him finally in the car.’