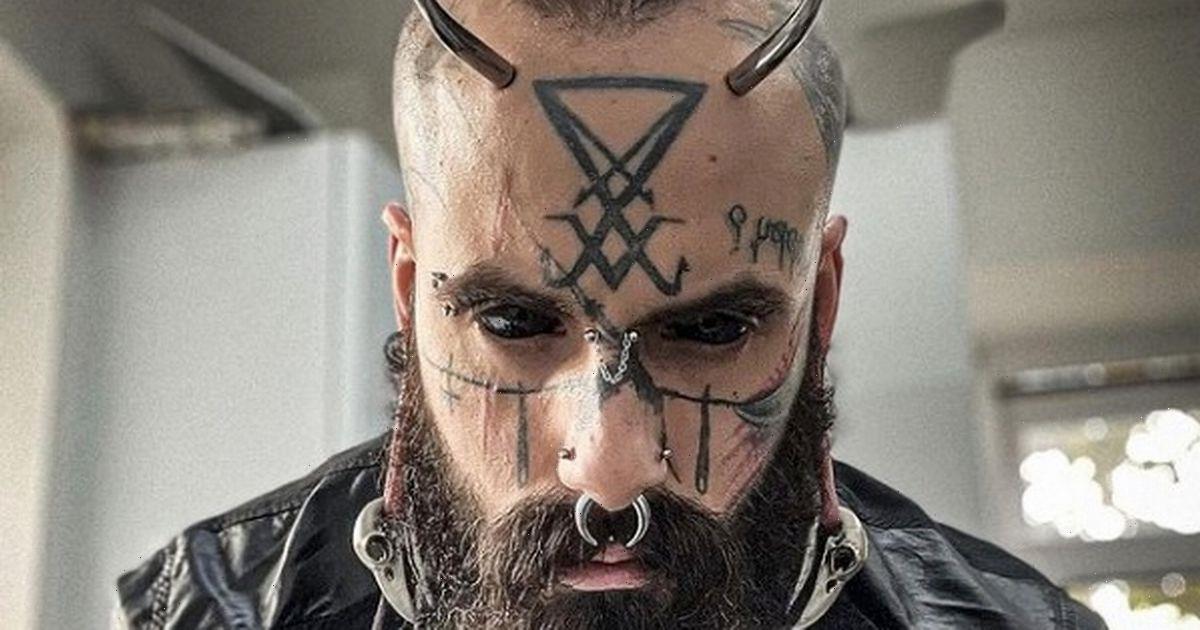 A body modification fanatic who calls himself the London Demon has revealed how he looked before his extreme transformation.

Mattia Muratori is originally from Italy but lives in the English capital and works as a night supervisor at a bus garage.

The 27-year-old is fascinated by demons and this is reflected with his tattooed eyeballs, pointed ears, split tongue and devil horns.

READ MORE: ‘Real-life vampire’ with 49 body modifications warns others thinking about following her

He also has the Sigil of Lucifer tattooed to his forehead, a controversial piece that has led to accusations of him being a Satanist.

Mattia has now shared photos with the Daily Star showing how different his appearance was before the ink and body mods.

He said: “I’d say I looked like any other average looking Italian guy but not the one that society has taught you to love.

“It’s like you are watching the old version of yourself and you think ‘was I really like that’? I’m glad I found a way to change.

“There is totally no comparison with the past. I’m still an ongoing project and I just get happier and happier each time I get something new and I’m planning to finish all my body covering before my 30s.

“For the extreme stuff maybe one more year I guess but I will do all I can to conclude what I want to do to my body. I’m definitely happy with what I’ve been able to achieve so far.”

Mattia now has more tattoos than he can count and he was 18 when he got his first one.

And it wasn’t until he was 25 that he started getting extreme body modifications – including having five-inch transdermal implants in his head.

Referring to his passion for demons, he said: “It’s funny because I've heard a couple of times people whispering to each other saying ‘look it’s the London Demon, he comes around this place sometimes’.

“I’ve been interested and curious and demonology and curious looks and since I was a kid I always asked myself whether a person could achieve such a look.”

One of his inspirations was Guinness World Record holder Maria José Cristerna, a real-life vampire with 49 body modifications.

And like Maria, he has also warned people about following in his footsteps.

He explained: “Do not get tattooed or modified just because you want to act cool with people or because people have an ego tank to refill.

“With body modifications especially, the risks are huge and there is no space for people that act like babies.

"Be serious about it and treat each other nicely.”