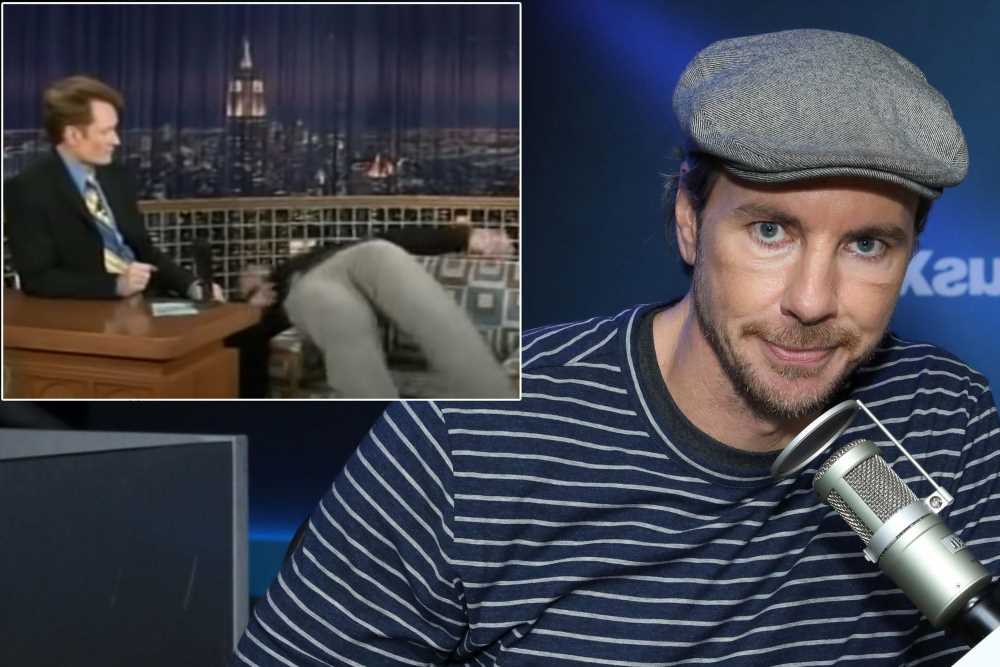 Why Dax Shepard at first wanted to keep relapse a secret

Dax Shepard had a ‘great year’ despite relapse, surgeries

Dax Shepard admits his disastrous 2004 “Late Night with Conan O’Brien” at the height of his addiction battle was “career wreckage-y.”

The comic says he conducted the “Conan” pre-interview — where producers set up anecdotes and talking points for the host — while “blackout drunk” and was awakened by hotel security just 20 minutes before the taping.

“I show up on the show, I don’t know what [O’Brien is] talking about,” Shepard confesses on “The Pursuit of Healthiness with Blake Griffin” podcast in an episode airing Thursday (via USA Today). “I can tell he’s queuing me up for stories I’ve told, but I don’t know any of the stories. So, I’m just doing what I can to be funny out there and I am a mess.”

In the interview, Shepard — who has been open about his substance abuse struggles and revealed last year that he’d relapsed after 16 years of sobriety — slurs his words and even accidentally flips a coffee table in front of him.

“Now, the audience dug it,” the now-46-year-old relays to Griffin. “It was fine for the audience. But for him, what a disaster. I didn’t know any of the stories. I broke a coffee table. So I was banned from that show for some years, until I got sober and I got myself back on it and now I’ve been on it a bazillion times, but that was probably the only career wreckage-y thing I did.”

Last September Shepard revealed that after many years sober he had relapsed.

Due to incurring several motorcycle injuries over the years — resulting in seven surgeries — the “CHiPs” star has regularly battled medicating himself for legitimate pain versus slipping into addiction again.

“I go ride a lot,” he explained on his “Armchair Expert” podcast last year. “After I ride sometimes on the track, I feel I’m entitled to take two Vicodin at the end of the day because I am in pain. That again doesn’t feel that crazy.”

Six months later, Shepard realized he had a problem when he found himself becoming “shadier and shadier” with his pill intake. He apologized to his wife, Kristen Bell, and his podcast co-host, Monica Padman, for his behavior.

A few months later, during an appearance on “The Ellen Show,” he confessed to being scared to go public about the relapse because he didn’t want to let his fans down.

“The number one thing I was afraid to lose was I get so much esteem out of being someone who’s vocally sober and I have people who write me, ‘I’m month one,’ or ‘I’m week two,’ and I love that,” he said. “That’s my favorite thing about being in public, so I was just terrified I would lose that. I really cherish that.”

Shepard recently made headlines for his interview with Prince Harry on his podcast in which the renegade royal claimed that his father, Prince Charles, had handed down a “cycle” of genetic pain and suffering to him, which is why he and wife Meghan Markle moved to Los Angeles to break.