DAVID BLUNKETT: The lessons Donald Trump can teach the Left

Contrary to expectations, the Democrats have gained the White House by only the narrowest of margins. In fact, Donald Trump substantially increased his own popular vote despite his catastrophic handling of the coronavirus crisis.

Support for him from black and Hispanic voters, groups which have traditionally favoured Democrats, grew.

Talk of a tide which would sweep Trump and his style of politics away seems very distant – and in this there are stark warnings for left-of-centre opinion in Britain.

Here, too, the party that is supposed to represent the ordinary man and woman – in particular those without a voice – is often seen as metropolitan, out-of-touch and obsessed with identity politics.

Don’t get me wrong. I’m rejoicing that Trump will no longer be the leader of the free world. 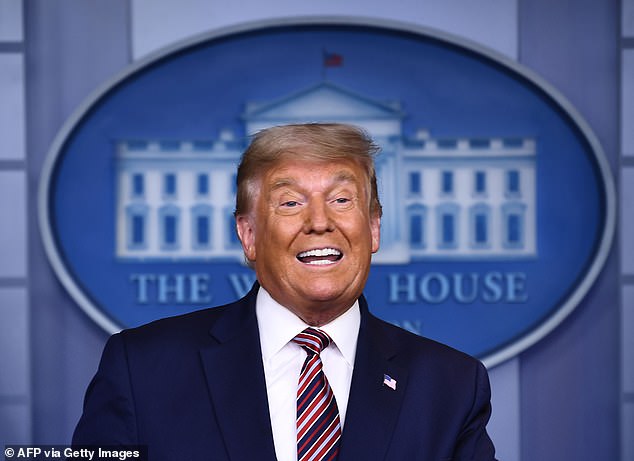 Don’t get me wrong. I’m rejoicing that Trump will no longer be the leader of the free world

Soon, the US will rejoin the battle against climate change, for peace and reconciliation, for respect for opponents’ points of view, and some form of normality in public dialogue. A dangerous, unpredictable and, in many ways, deeply offensive individual will be leaving the White House.

But as we have seen with the Black Lives Matter campaign, politics in America reverberate here. And too many of the mistakes made by the Democrats have been made by the Labour Party in the recent past.

Americans describe it as a ‘culture war’, where the well-educated, well-heeled and internationally minded are accused of neither hearing nor caring about those who worry about putting food on the table or whether they or their families will keep their jobs.

We see it here, too. Social and cultural divisions, the politics of grievance and alienation, the resentment expressed by those who feel that their voice is never heard – all of these bubbled up in last December’s General Election and in the Brexit referendum.

I have written before about the dangers created when the BBC over-promotes the idea of identity politics. There is a wrong-headed assumption that everyone – as a matter of course – believes these things should be at the forefront of democratic debate.

The Covid pandemic has made the divisions worse. People feel genuinely forgotten, and this has opened the door still wider to toxic populism exemplified by Trump.

Using not so much charisma as drive and energy, he was able to disrupt the confident, often complacent and, yes, comfortable view of politics held by those who fail to understand the lives of others. And he garnered support from 70 million people. 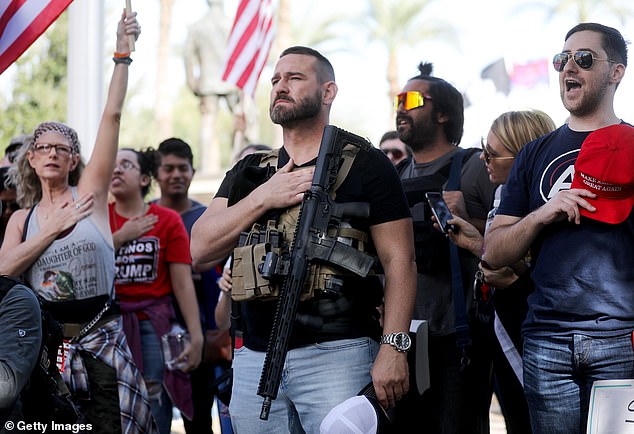 Talk of a tide which would sweep Trump and his style of politics away seems very distant – and in this there are stark warnings for left-of-centre opinion in Britain. Pictured: Trump supporters in Arizona on Saturday

What I mean by all this is very simple. Take me as an example. I am white and male and now I am privileged. For some: so far, so bad. I fit a particular image. But that, of course, would be misleading.

For years, I was not at all privileged, in fact. My father was killed when I was 12 years old and my mother struggled to bring me up on a widow’s pension.

From the moment I was born, I had to overcome – not give in to – the fact that I couldn’t see. At 16, I had no qualifications, but after six years of evening classes I started university.

To me, these challenges were barriers to be overcome, not a defining part of my character. I was not a victim and, by God, I was not privileged. All of which goes to explain why my politics are rooted in community.

The lesson for Labour must be this: instead of falling into the trap of going further down the road of dividing people by what we do not have in common, it should be promoting what unites us.

We should be coming together to make a difference in the world, and in seeking redress for inequality, injustice and imposed divisions. These concerns should be paramount.

It is time to stop preaching to others. It is time to understand the fear of those for whom rapid – and endless – change does not bring immediate liberation; to avoid being caught up in campaigns which alienate the very people we seek to win over.

That’s why Labour needs to reflect on the message from across the Atlantic.

The North-South divide grows ever more concerning. There is a widespread sense of injustice about the way lockdown measures have been imposed. Even the official statistical watchdog has criticised the Government and its scientists for a misleading presentation of facts and figures.

Boris Johnson and Donald Trump have more in common than flamboyance and populist rhetoric.

Both have persuaded millions of voters that they are in tune, listening to and reflecting their concerns, despite both being products of the privilege they claim to oppose. Billions of pounds in Covid contracts have been handed out to cronies – just one example of this duplicity. 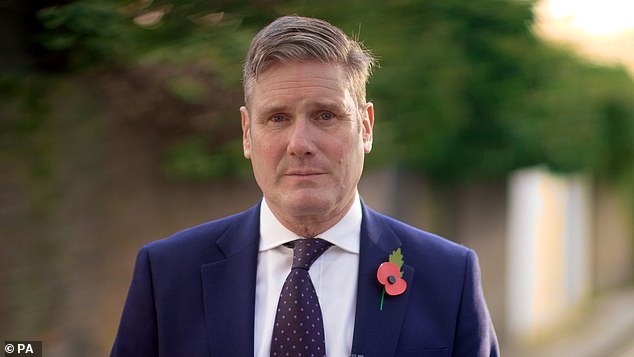 In the Midlands, Yorkshire and the North East, Johnson convinced lifelong Labour voters to cast their ballot for him in December, with some men and women weeping in the polling booth because of the failure of Labour under Jeremy Corbyn. There had been a devastating refusal to understand their emotions, what made them tick and what had finally turned them off. For the Labour leadership, the phrase must be, ‘never again’.

There is one more major lesson from the failure of the US Democrats to sweep away Trump’s Republicans.

This is the importance of mobilising the values of family, of self-determination and of patriotism. And not merely supporting these values, but showing real commitment.

Abhorrent as many of his views are to me and to so many others, understanding Trump’s basic appeal to those who feel forgotten, patronised and taken for granted is an absolute prerequisite for getting things right for the future.

That is why Sir Keir Starmer’s Labour Party should continue to embrace decency, oppose racism and set about creating a fairer, more equal society. We need a cohesive, compassionate and inclusive country – and Labour should see off those who sneer at such things. It is time to turn minorities into part of the majority, celebrating not just the differences and the diversity of the world around us, but the basic human values we have in common.