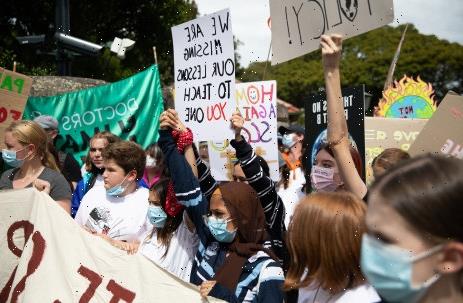 On Friday, hundreds of thousands of school students took to the streets to march for climate justice. I, like them and so many others, am anxious about our planet’s future.

I’m not a Gen Z climate activist, I am just another Millennial woman who has been guilty of berating herself for considering bringing a child into a climate crisis.

But something is shifting.

People are becoming more sceptical of the directive that we should abridge our desires for the size of our families before demanding the transformation of our energy systems. There is an overdue suspicion of population control, laden with eco-fascist ideas about which populations should be controlled. There is an awareness that a significant chunk of historical emissions can be traced to a few fossil fuel companies. Many people even know that one of these firms popularised the term “carbon footprint”, an effective metric for making people feel individually responsible for the planet dying of heat stroke.

When it comes to family planning, one series of questions is being eclipsed by another.

Why would we give up our hopes for the future when governments aren’t making their own sacrifices? What do we owe to those dreams when companies can emit carbon with impunity? And, crucially: what could come after the guilt?

It would be understandable to choose despair next. During the Black Summer season I interviewed an obstetrician who was delivering babies into the bushfire smoke filling the hospital ward. He reminisced about deliveries decades earlier, when he experienced an unadulterated joy in chaperoning new life into the world. Then he told me about the appointments with patients that day as flames tore through towns, razing homes: “Every single mother-to-be and every single dad-to-be I’ve seen today has expressed to me anxiety about what the future holds for the child they’re carrying.” 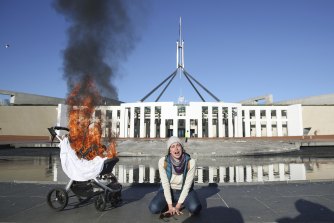 In August 2021, Extinction Rebellion’s Australian chapter set a pram on fire and spray-painted the words “Duty of Care” on Parliament House in Canberra to protest over climate inaction.Credit:Alex Ellinghausen

In August, a 30-year-old Canberra woman set a pram on fire outside Parliament House in a protest response to an alarming report from the Intergovernmental Panel on Climate Change. She wanted to be a mother but said the future wasn’t safe enough.

What comes after the guilt?

It would be easiest to choose resignation. I can feel it in myself some days. A woman luckier than most, entertaining her angst. How do we let ourselves imagine any future without being overpowered by despair or manipulated by hope? I am trying not to self-soothe in the ways Millennials do best: reflexively tempering my faith in the future with irony and fatalism. Optimism, after all, might be a luxury good – hope is harder to find when you are trying to protect your family from fire or flood – but resignation, too, can be an indulgence, enjoyed by the luckiest.

So, what comes after the guilt? 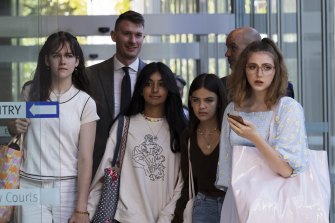 This month, Federal environment minister Sussan Ley won an appeal against eight teenagers and an octogenarian nun who had successfully made a case that she had a duty of care to protect young people from the climate crisis when assessing fossil fuel developments. Outside the court, one of the teenagers expressed her anger.

“It will not deter us in our fight for a safe future,” she said.

During Black Summer, which killed nine people and destroyed more than 3000 homes, a photo emerged of the Prime Minister on holiday in Hawaii. People were angry. His left hand made the shaka sign – hang loose, chill out, no worries, mate – while his right hand locked into a firm shake with a grinning tourist. He would later offer that same hand to an exhausted firefighter who had just lost his house to flames. “I don’t really want to shake your hand,” the man said.

When quizzed about the holiday, Morrison said he wasn’t going to give in to people who wanted more climate action. “The urge to panic… is not something I’m ever intimidated by or distracted by.”

When Greta Thunberg said she wanted people to feel the fear she felt every day and to act as if their house was on fire — “because it is” — she was not addressing you or I. This is not to say we shouldn’t try to live sustainably. It is to say that she was standing, in anger, before the business and political elite gathered in the Swiss Alps. 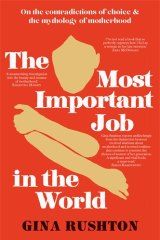 The Most Important Job in the World by Gina Rushton is out on March 29.

In the anxiety of considering parenthood in a changing climate, anger feels like the necessary bridge between delusion and defeat. Unlike contrition, which folds us into ourselves, seeking redemption in a handful of consumer choices, anger has an object, another to be held accountable.