Crowning glory: Princess Victoria of Sweden stuns in a red velvet gown as she attends an agriculture dinner in Stockholm

Crown Princess Victoria of Sweden put on a regal display this evening as she attended a banquet dinner in Stockholm.

The heir to the Swedish throne joined other dignitaries at the Forest and Agriculture Academy’s Feast Meeting at the City Hall in the capital on Monday.

The mother-of-two stunned in a sweeping scarlet gown made up of a full tulle skirt and a red velvet bodice.

The 41-year-old wore her brunette locks in her signature style of a low chignon and showcasing a pair of pearl drop earrings. 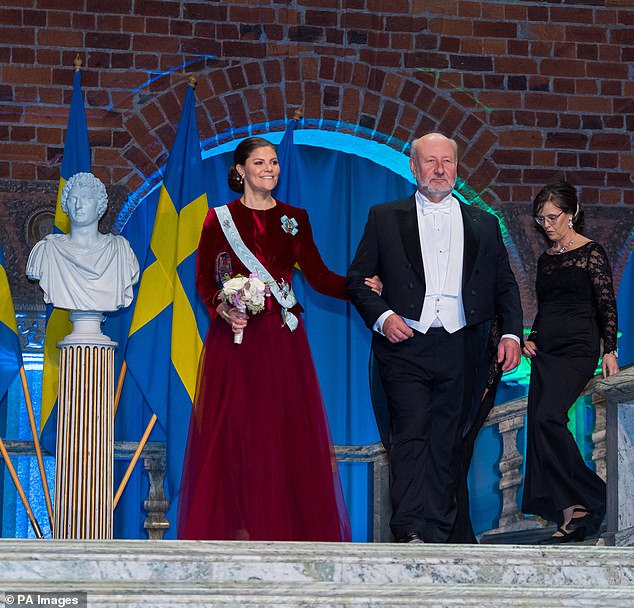 She could be seen carrying a beaded clutch as well as a small posy of flowers that she had been gifted on her way into the event this evening.

Victoria completed her ensemble with the sash and star of the Order of the Seraphim and the family order of King Carl Gustaf worn on ceremonial occasions.

The Swedish royal attended the event for a second year in order to deliver awards to the recipients of this year’s Royal Academy of Forest and Agriculture Annual prizes.

The annual meeting is now in its 207th year, taking place on January 28 on Karl day, where the Academy held its first meeting in 1813. 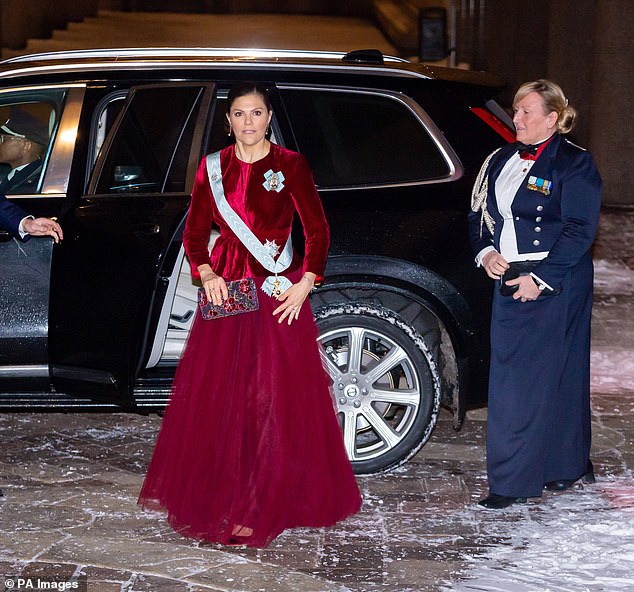 The dress was made up of a full tulle skirt and a red velvet bodice, cutting a dramatic figure as she stepped out into the snow 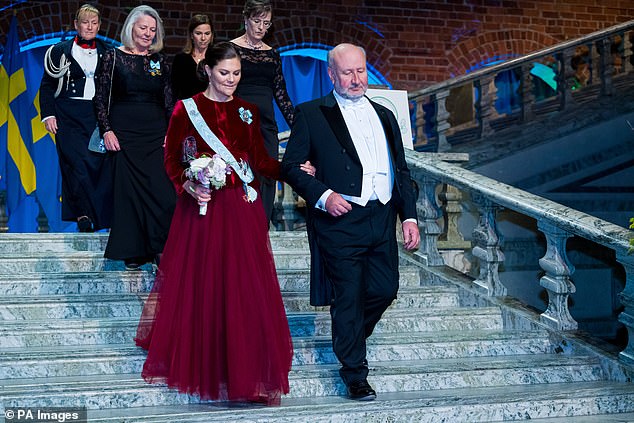 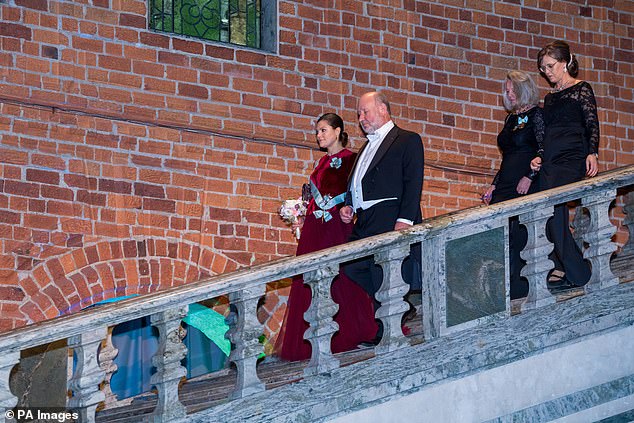 The meeting has a different theme every year with 2019’s being Food, Taste and Health.

The Academy aims to, with the support of science and practical experience and in the interest of society, promote agriculture and forestry and associated activities.

Following the prize giving this evening guests will then enjoy a dinner in the Golden Hall.

According to local reports this year’s menu has been devised by academy members Christina Möller and Ella Nilsson. 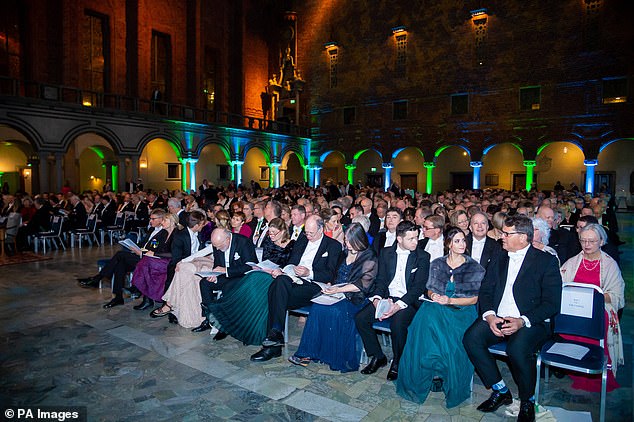 Who’s who in the Swedish royal family?

King Carl XVI Gustaf (born in 1946) and Queen Silvia (born in 1943) are the head of the Swedish royal family, also known as the House of Bernadotte. 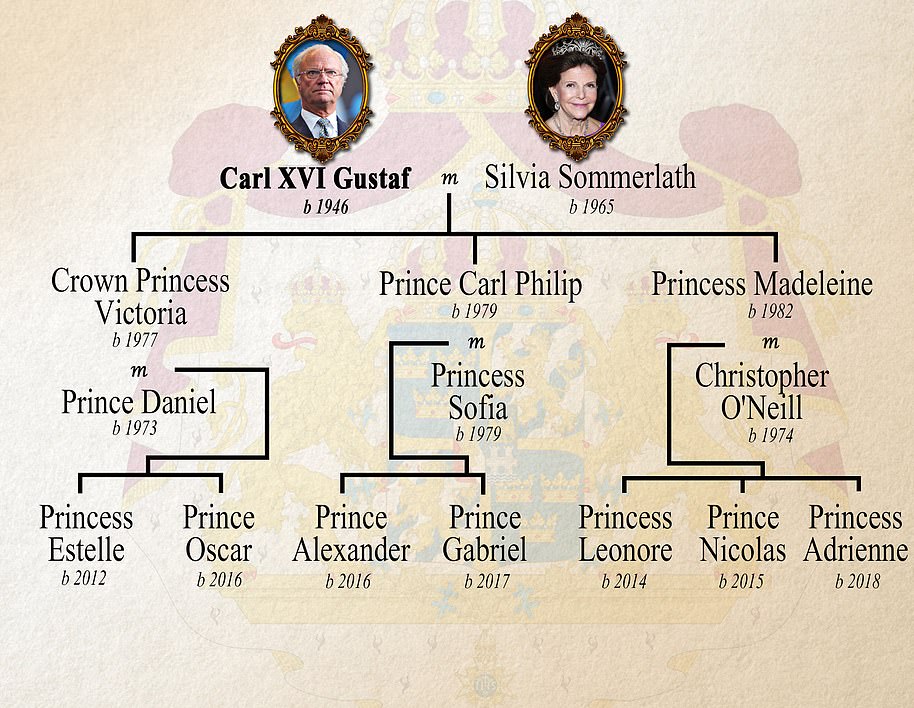 Their eldest son is Prince Carl Philip, Duke of Värmland (born 1979). He is married to Princess Sofia, Duchess of Värmland, and they have Prince Alexander, Duke of Södermanland, born 2016, and Prince Gabriel, born in 2017.

Their youngest daughter is Princess Madeleine, Duchess of Hälsingland and Gästrikland, born 1982, who is married to Christopher O’Neill. They have Princess Leonore, Duchess of Gotland, and Prince Nicolas, Duke of Ångermanland, born 2015, and Princess Adrienne, born in 2018. The couple recently swapped London for Florida.

Princess Birgitta is also a member of the Royal House. She is the King’s second sister and the widow of Prince Johann Georg of Hohenzollern.