CRAIG BROWN: You’re a loser Donald – and you’re fired! But after their Twitter spat, will Lord Sugar take his sweet revenge?

Earlier this week, I began to explore quite why the term ‘loser’ has always held such resonance for Donald J. Trump.

Over the years, the list of those described as losers by Trump has contained quite a few Britons, not least the man who acted as his counterpart on the UK version of The Apprentice.

‘You have no vision and you are a total loser,’ he tweeted Lord Sugar on December 7, 2012, following it up, three days later, with a second barrage: ‘You are the worst kind of loser — a total fool.’ 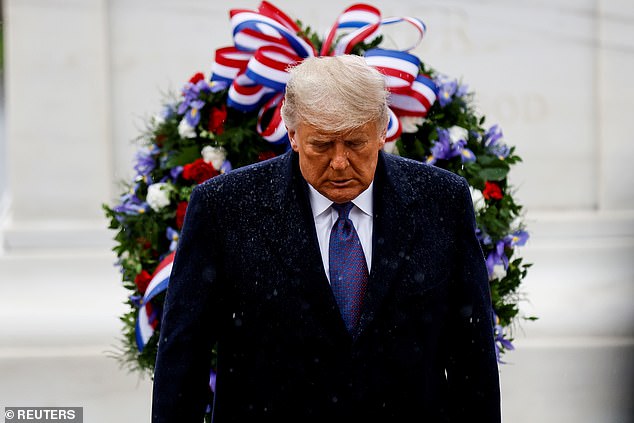 Over the years, the list of those described as losers by Trump has contained quite a few Britons, not least the man who acted as his counterpart on the UK version of The Apprentice

On October 29, 2013, he blasted Alex Salmond, the then leader of the SNP. ‘Communities all over Scotland,’ he tweeted, ‘are fighting this loser.’

On October 16, 2014, he turned on the modish comedian Russell Brand, asking: ‘What the hell do people see in Russell — a major loser!’

In another tweet, he admonished pop star Katy Perry for marrying Brand. ‘Katy, what the hell were you thinking when you married loser Russell Brand. There is a guy who has got nothing going, a waste!’

By all accounts, The Donald is unusually competitive on the golf course. He once tweeted of the billionaire entrepreneur Mark Cuban: ‘@ mcuban swings like a little girl with no power or talent. Mark’s a loser.’ Among caddies, Trump is apparently known as ‘Pele’, because of his tendency to kick the ball to give himself an easier shot. 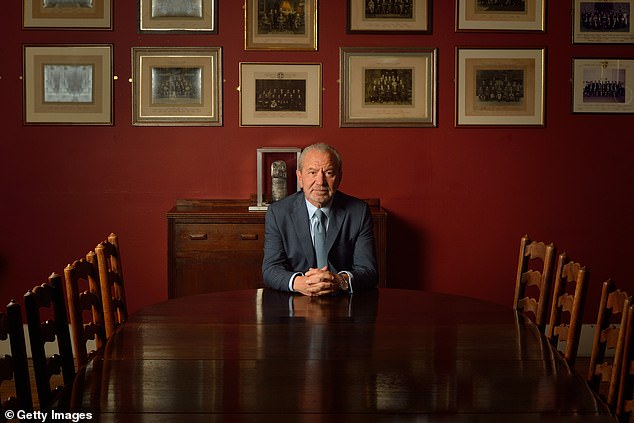 After winning the presidency, he grew ever more obsessed with calling his political rivals, both Democrat and Republican, ‘losers’.

‘Crooked Hillary Clinton is the worst (and biggest) loser of all time,’ he tweeted on November 18, 2017. At one time or another, he has employed the term against Jeb Bush, Joe Biden, Karl Rove (‘total loser’), Ted Cruz, Elizabeth Warren, Marco Rubio (‘big loser’) and Mike Bloomberg. Occasionally, he would go even further. Thus, the Senate minority leader Chuck Schumer was ‘a totally overrated loser’, and the London Mayor Sadiq Khan was ‘a stone cold loser’.

In her recent memoir of her uncle, Too Much And Never Enough, Mary L. Trump suggested that Trump has had a lifelong fear of losing. It seems that his terrifying father, Fred, would often chastise Donald’s older brother, Fred Jr, for being a loser. According to Mary, Fred Jr’s daughter, her grandfather ‘dismantled him by devaluing and degrading every aspect of his personality’.

This made young Donald value winning above all else, in order to gain his father’s approval. In turn, ‘Fred Trump came to validate, encourage, and champion the things about Donald that rendered him essentially unlovable and that were in part the direct result of Fred’s abuse’. 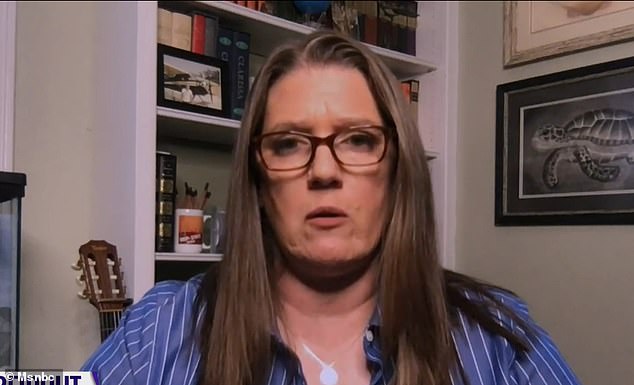 In her recent memoir of her uncle, Too Much And Never Enough, Mary L. Trump (pictured on MSNBC) suggested that Trump has had a lifelong fear of losing. It seems that his terrifying father, Fred, would often chastise Donald’s older brother, Fred Jr, for being a loser

This helps explain why Donald’s countless self-help books betray such a fear of failure. A natural bully, he abuses his enemies with the term he himself dreads the most. ‘Show me someone without an ego,’ he wrote in How To Get Rich (2004), ‘and I’ll show you a loser.’

‘Don’t let people push you around,’ he advised in Think Big And Kick Ass In Business And Life (2007). ‘Always fight back and always get even. It’s a jungle out there, filled with bullies of all kinds who will try to push you around. If you’re afraid to fight back, people will think of you as a loser, a “schmuck”! They will know they can get away with insulting you, disrespecting you, and taking advantage of you! Don’t let it happen! Always fight back and get even. People will respect you for it.’ Seldom has a business manual sounded so like a horror story.

Donald has passed on the fear of being thought a loser to the next generation. Last year, his eldest son, Don Jr, published a strikingly belligerent book, called Triggered: How The Left Thrives On Hate And Wants To Silence Us.

It contains a telling anecdote. ‘When my mother first approached him with the idea of naming me Don Jr, my father is rumoured to have said: “We can’t do that! What if he’s a loser?” Again, no idea whether my father ever really said this, but it sure sounds like him.’

As it happens, in his 2015 book Crippled America: How To Make America Great Again, Donald Trump observed that ‘America needs to start winning again. Nobody likes a loser . . .’

Small wonder, then, if he is currently in a state of denial.