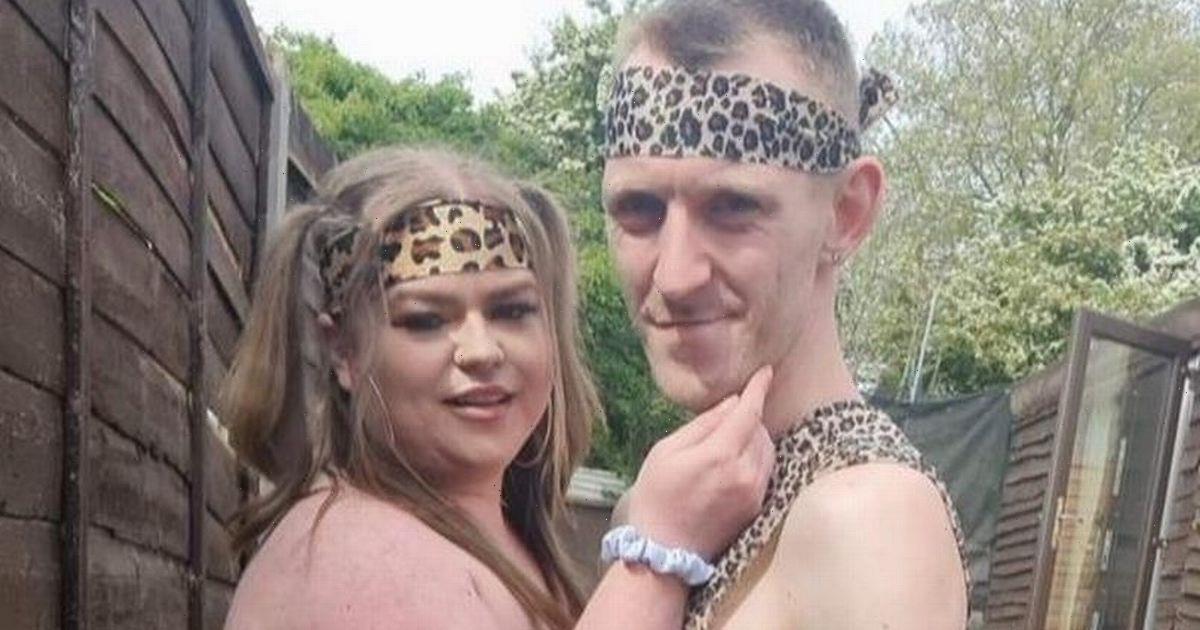 A British couple are raking in £10,000 a month on OnlyFans by dressing up in saucy costumes.

Terri Martin quit her job as a shop assistant during lockdown and signed up for the adult subscription site instead.

The 29-year-old hoped to "make more money" – and she's certainly done that!

Her husband Michael, 32, was initially apprehensive about the venture because he felt "jealous".

He told YorkshireLive: "I was getting a bit annoyed at first as she was on her phone all the time and would spend a lot of time doing it all. I didn't have a clue about OnlyFans before I joined it.

"Terri started getting loads of likes on her page and she told me that people started asking for pictures of us together."

Michael, a former courier driver, warmed to the idea when he realised he could participate though.

He said: "At first I kept saying no but then when Sarah and I spoke about it I decided to do it."

"I was always the one who was jealous initially but then she started showing me what it was all about and it made sense. We really aren't jealous at all now as we are doing it together."

They have also grown their social media presence by joining TikTok, which can be a lot of work.

Michael said: "We made a TikTok account and started doing live videos of us together in a hot tub and we would get thousands of people clicking onto the live. Things have just grown from there – but it isn't easy.

"I don't think people realise how much work goes into it. People who hear about OnlyFans think you can just join and the next thing you will be a millionaire – it doesn't work like that.

"Yes you can make good money on it but it takes a lot of work. We work 40 hours a week to get content out. We are very aware it is different to manual labour and it is so much better than our jobs before.

"There's a lot of promotion involved in the job too and hours spent editing etc. So, making £10,000 a month isn't easy – and we hope to keep that growing more and more."

Michael said the pair get predominantly couples interested in their content, as well as some single people too.

He revealed: "We get a lot of people who love our content from Yorkshire. A lot of Yorkshire swingers have got in touch with us.

"But we are not interested in meeting up with people – we only post content online for people to enjoy. We are very active on Admire Me and Only Fans.

"We began by posting just what we wanted to show but now we cater to people's preferences. We have one man who comes to us every Friday and buys 30 pictures a week off us."

While the pair have a lot of success in their new career path, people "think they are weird for doing it as a married couple".

Despite having a lot of support around them, they are trolled and some have viewed the career change as an "act of prostitution".

Michael added: "We get a lot of people asking how they got into it. I always tell people it is good to do but you have to be prepared to not make much money at first at all. You just have to keep going and build your profile and you will get there.

"If you want to start set yourself a goal and keep pushing and pushing – it’s definitely doable."

The pair hope to grow their online profile as much as possible in the hopes they will make so much money they can retire at age 40 and live a comfortable life.

For more lifestyle stories, sign up to the free Hot Topics newsletter here.