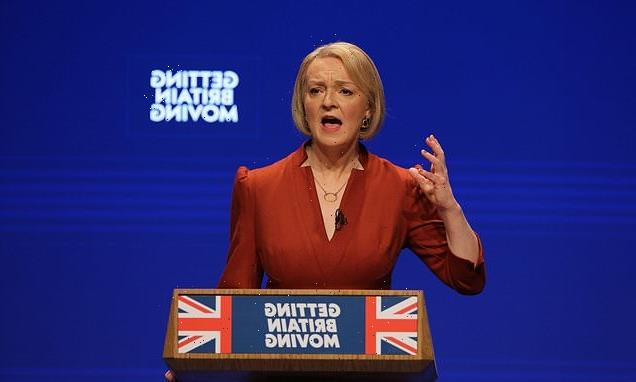 PETER HITCHENS: A real conservative leader should yearn to end the disaster of comprehensive schools

Why did Elizabeth Truss expect to be applauded for saying that she was the first British Prime Minister to have gone to a comprehensive school?

Weirdly, she is not the first to make the claim. Theresa May went to a grammar school which was gradually merged out of existence while she was there. Yet she insisted for years, in reference books, that she attended a comprehensive.

Actually, if I supported comprehensive schooling, I would be a bit worried by these claims. I will try not to be unkind, but these two Premiers have not perhaps been the most successful or distinguished tenants of No 10.

Then there is Ms Truss’s own curious attitude towards her school. Was it good, or was it bad? Years ago I clashed with her on BBC Question Time, when she boasted about her classless education. I pointed out, correctly, that she had attended an exceptional school in a well-off part of Leeds, far better than the bog-standard places which most people have to endure. 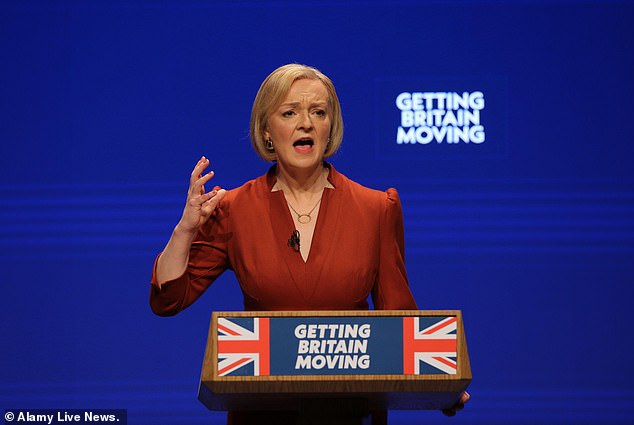 Why did Elizabeth Truss expect to be applauded for saying that she was the first British Prime Minister to have gone to a comprehensive school?

Then, when she was campaigning for the Tory leadership, she angered many who knew that school, Roundhay. She said: ‘I saw too many children being let down – let down by low expectations.’ This produced a memorable splat from Lord Kirkhope, who was Tory MP for the area when Ms Truss was a pupil at Roundhay.

He accused her of exaggeration, saying that Roundhay had managed to retain some of the older aspects of the grammar school it replaced. ‘It wasn’t as if it was without any academic excellence – even Liz went on to Oxford,’ he said. ‘I think she was suggesting she was the only person who went to any sort of university and all the others were poor, inner-city kids, which was certainly not the case for Roundhay.’

He was right. Reputable surveys by the Sutton Trust and Teach First have shown that officially comprehensive schools in well-off suburbs are in fact fiercely selective – but by wealth rather than ability. I think that if this was not so, the British middle classes would be in a state of revolt against the national school system.

They ought to be anyway. Because even these socially selective schools are far less good than the national system of grammar schools which they replaced. The tiny rump of remaining grammars give no clue to the excellence of more than 1,400 academically selective state schools which existed throughout the UK up to the 1960s. Even the unfairly maligned secondary modern schools, to which most boys and girls went in those days, were in many cases better than the vast, chaotic all-in schools which replaced them.

The standards of all schools have fallen steeply since. Children leave school or university with sheaves of grand-sounding certificates, but the exams they have taken are pitifully weak compared with those taken at the grammars.

Any truly conservative government would restore the lost grammar schools. It would state truly that selection by ability was both fairer and better than the crude selection by wealth we now have. 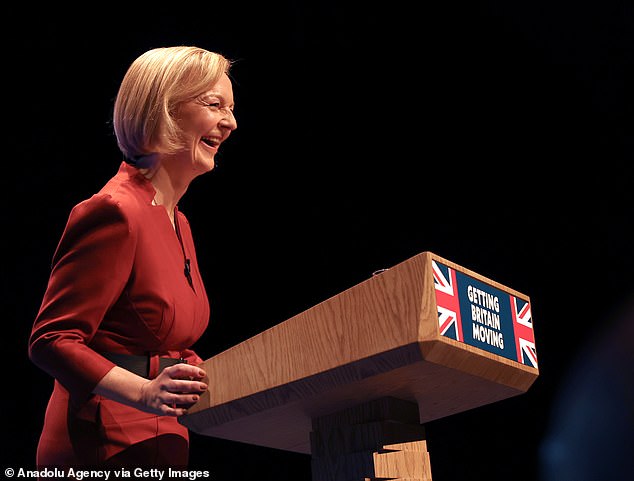 Then there is Ms Truss’s own curious attitude towards her school. Was it good, or was it bad?

It would accept that any serious study of the evidence shows a tragic decline in national education since comprehensive schooling was imposed on the country. This was the first education revolution in history which required the actual destruction of hundreds of first-rate schools. But the Tories long ago joined in the Left’s increasingly frantic pretence that the comprehensive revolution has been a success.

In this case, watch what politicians do rather than what they say. The Labour MP Diane Abbott’s action in sending her son to a private school reveals her real opinion about modern state schools better than a thousand speeches.

So does Labour’s choice of leaders. Every Labour Premier since the war has studied either at grammar schools or private schools. So does the complex wangling which Labour’s elite indulge in, to get their own children into state schools which (like Roundhay) have somehow escaped the full ravages of the comprehensive system.

A proper conservative leader would long to make a speech in which she proudly proclaimed the closure of the last comprehensive school and the end of a disastrous social experiment in which millions of children were the victims and the whole country was the loser.

One of the many reasons I have stopped going to party conferences (full list on application) is the ludicrous security palaver. Not only are you required to supply, months in advance, piles of intrusive details on fiddly forms, but there’s little point. When you get there, you must undergo ‘airport-style security’ to get in, even though police know in full detail you are not a terrorist.

I have always thought this futile and oppressive, and probably useless too. And so it now seems. Getting into the hall for the leader’s speech requires yet another level of selection. So can anyone explain how two well-known Greenpeace activists – head of politics Rebecca Newsom and political campaigner Ami McCarthy – were able to obtain seats in the Birmingham audience on Wednesday?

I’m not complaining. They brightened an otherwise dull morning. But if anyone is actually paying attention to all those forms, how did it happen? 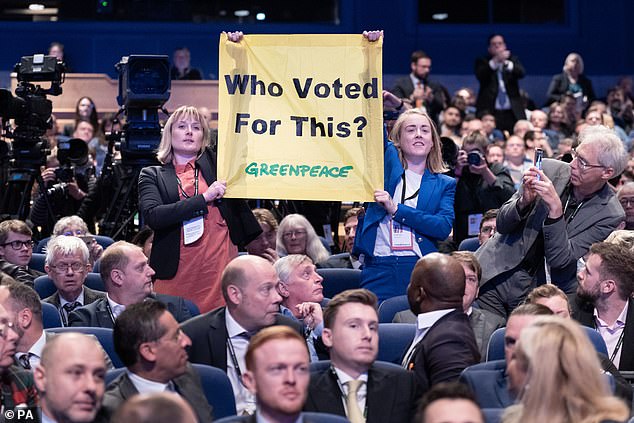 So can anyone explain how two well-known Greenpeace activists – head of politics Rebecca Newsom and political campaigner Ami McCarthy – were able to obtain seats in the Birmingham audience on Wednesday?

The strikes of the RMT and ASLEF are disrupting my life quite a bit, although train services on my line on RMT strike days are often better than on non-strike days.

But I am also being held up by Great Western Railway, which on Thursday sprang a ‘revised’ timetable on me which abolished both the trains I usually take; and Network Rail has been forcing me to make part of my journey in slow, crowded buses each weekend.

They have closed my local railway station in both directions, allegedly for engineering works. Yet when I went to observe these works last Sunday, they were both noiseless and invisible in at least one direction.

In my experience, the privatised rail system disrupts my travel far more than the unions do.