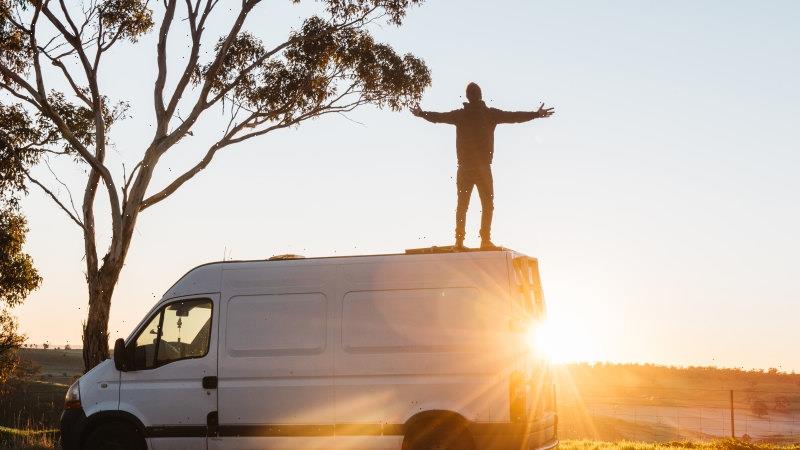 My brother, Harry, moved to South Grafton in northern NSW, where he grew up, to work and live alongside our father. Dad was affectionate and loving when it suited him. But he was a bitter man, didactic and hyper-critical, with a ferocious temper, not dissimilar to his father before him. Dad had a makeshift one bedroom shack, with outdoor kitchen and toilet, thrown together next to the horse stables on a small plot of land in the centre of South Grafton. 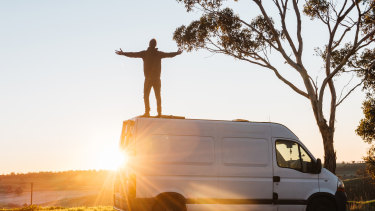 “I was yearning for my own spark, one that would penetrate through my feeling that the world was broken”Credit:Stocksy

Dad was a racehorse trainer by trade but had also spent time shearing and droving cattle on horseback. He was a man etched from the mythos of “Australia”. An Australia that built up the battler, the bushranger, the pioneering patriarch. An Australia that functionally denied its violent past, the same way Dad functionally denied the violence and abuse he perpetrated in his marriage. Functional, because to admit is to stop – to admit and be honest about what has been done is to change the idea of oneself.

Before Harry arrived, I had already been living in South Grafton. I was there under the guise of working at the stables but was really trying to build a relationship with my father. I was 22 and had been forever retreating, my idle days filled with unemployment, video games and reading about Eastern philosophy. I was yearning for my own spark, one that would penetrate through my feeling that the world was broken and jolt me out of the malaise I felt. My mother had yelled at me until I left, telling me to go work and be a nuisance at Dad’s place – her only markers for wellbeing were employment or enrolling in a business course.

Everyone encouraged Harry to go to Brisbane, where he had a lot of friends. He said he owed it to Dad to come and work, but maybe deep down he knew it was a place where he could hide, where he would be unchallenged. He began using heroin straight away. The stables were a place where work and drinking meshed. Characters came to pick up manure, and take horses for walks, to pay in dribs and drabs and endless beer. I’ve often thought there was a documentary to be made, but death due to alcoholism and old age has left their stories mute. Harry reflected on his upbringing here; when he was young, he thought the men had it all figured out, jolly and carefree, drinking every day among mates. 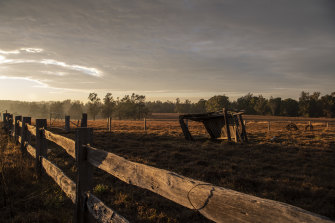 ‘Dad was a racehorse trainer by trade but also spent time shearing and droving cattle on horseback. He was a man etched from the mythos of “Australia”.’ Credit:Louise Kennerley

Within close walking distance to Dad’s property there is a small row of pubs, each one with its own culture. At 9am, people gather out the front of the Post Office Hotel, waiting for it to open, ready to begin drinking for the day. When I first arrived, I walked down the main street, taking in the places of my childhood: the corner shop; the Great Northern, where we played pool, darts, and drank post-mix; the second-hand bookshop where I would buy two-dollar Goosebumps.

As I continued towards the nearby river where I swam as a child, screams and shouts echoed from the end of the street across from the Walkers Hotel. Drawn to the incident, I watched from a distance, trying to uncover the story between deafening wails and screeches: a teenage daughter raped by a friend. Later on, back at the stables, among the gossip, I heard the rapist was stabbed.

I left South Grafton after a year to study at uni in Lismore, where I dropped out after a couple years and my first serious relationship came to a difficult end – not mature and equipped enough to handle the complexity of intimacy, despite my overwhelming desire for it. I left for Melbourne heartbroken, but determined to start afresh and to begin something new for me: therapy. The word trauma was not in my vocabulary before Melbourne, and in therapy a story began to form.

In Melbourne I remained connected to Harry. We would catch up over the phone – he would call to give me a horse tip and I would talk about recent art that I liked. We never talked about his substance use. I think he appreciated respite from the interminable judgment and shame addicts are accustomed to.

After two years, Harry and our mother came to visit my vacant share-house for Christmas. Harry had been grinding out the gruelling stable work and using drugs continuously. Heroin, the popular drug of the last few decades, was now superseded by methamphetamine.

Heroin is pain relief, calming, and doesn’t rip through the brain. Ice is ego, aggressive confidence, the user feeling 10-feet tall. Its toll showed and there was a change. A sour belligerence, similar to our father’s, seemed to protrude from Harry. I wanted to show him around Melbourne, to have quality time, to share my growth. But he was drinking constantly and the days seemed to get away.

It was a simple thing really.

He knocked over my plant. He had half-heartedly put it back into the pot, but dirt littered my floor. When confronted, he said it was my fault for resting it on the windowsill, which he tried to open. A fight brewed.

Having grown up with parents whose petty arguments escalated to a point of winning at all costs, we both knew what to say to hurt. Anger enveloped us and back and forth we went, escalating till my loaded words formed a tipping point. “What the f… are you doing? Get your shit together. You’re too much of a coward to get off the drugs. You’re not who you used to be!”

Harry exploded in rage. I saw a beast, I saw desperation, I saw a deep pain. I saw that he was acutely aware of what was happening, what was overtaking him, and didn’t need his little brother pointing it out.

“Ice is ego, aggressive confidence, the user feeling 10-feet tall. Its toll showed and there was a change. A sour belligerence, similar to our father’s, seemed to protrude from Harry.”

Strong from his stable work, he grabbed me by the neck, smashing me hard against the stovetop multiple times. Then he disappeared. I cried and cried, lying on my bedroom floor like a child, the energy of my words lingering through me.

Harry was missing for 24 hours in Melbourne, a city where he knew no one. He surfaced just hours before his flight with our mother, looking frazzled and high, the hurt still showing on his face. We hugged and never spoke of the incident.

I was distant after Harry’s visit. We didn’t speak on the phone like we used to. At this point his addiction was like an ouroboros. His polydrug use was now a mainstay and the updates from my mother were too much at times.

Just as Harry seemed to be at his lowest point, he kept spiralling. Harry pawned his friend’s bike and our TV at home. Harry had hep C. Harry was breaking in a horse and was trampled. Harry was in hospital, he was assaulted. Harry was attacked with a hammer by a burglar. Harry crying, he thought he was going to kill the man when he overpowered him. Harry was in the prison psych ward; there was a bad batch of ice going around and he went into psychosis. Harry tormented the streets, screaming at people, and in the psych unit he was eating his bed sheets.

When I heard the news, all I could see was an image. Closing my eyes full of tears, I kept seeing Harry in his final moment. Like a dream, there he was, immersed in soft light, everything else dark and obscure, sprawling back on a couch, the drugs kicking in. When did life stop, where did he go, where does anyone go? It wasn’t till I saw his cold body, with my mother wailing, that it finally felt real.

In our last conversation, Harry had talked of studying child psychology. He wanted to understand; he wanted a way out. He wanted healing. Harry trod the path unbeknownst, navigating the best he could through a sea of hurt. My own inner work, my own way forward, was made on the same path, as I walked behind him, as I witnessed and learnt from his struggles, and as I gravitated to all that I admired. Memories and qualities that I now hold close.

Love and thanks, from your little brother.

This article appears in Sunday Life magazine within the Sun-Herald and the Sunday Age on sale November 7. To read more from Sunday Life, visit The Sydney Morning Herald and The Age.