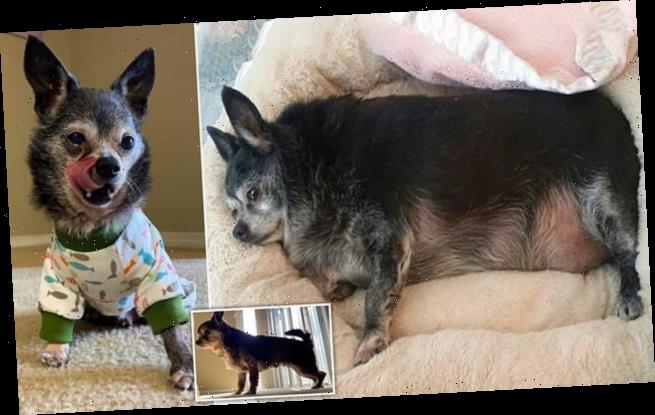 No more puppy fat! Chubby Chihuahua who weighed 18lbs due to a thyroid condition sheds more than half his body weight after new owner put him on a high protein diet

This chunky chihuahua has shed more than twice his bodyweight in an amazing transformation.

Shorty tipped the scales at a whopping 18lbs and was unable to waddle on walks and play with doggy pals.

Carlie Cahill, 25, from Oklahoma, adopted the little canine two years ago but he had an undiagnosed thyroid condition which caused the rapid weight gain.

The cardiology technician has now shown off pictures of 11-year-old Shorty who now weighs a tiny 7lbs, after being given a high protein diet with lots of green beans. 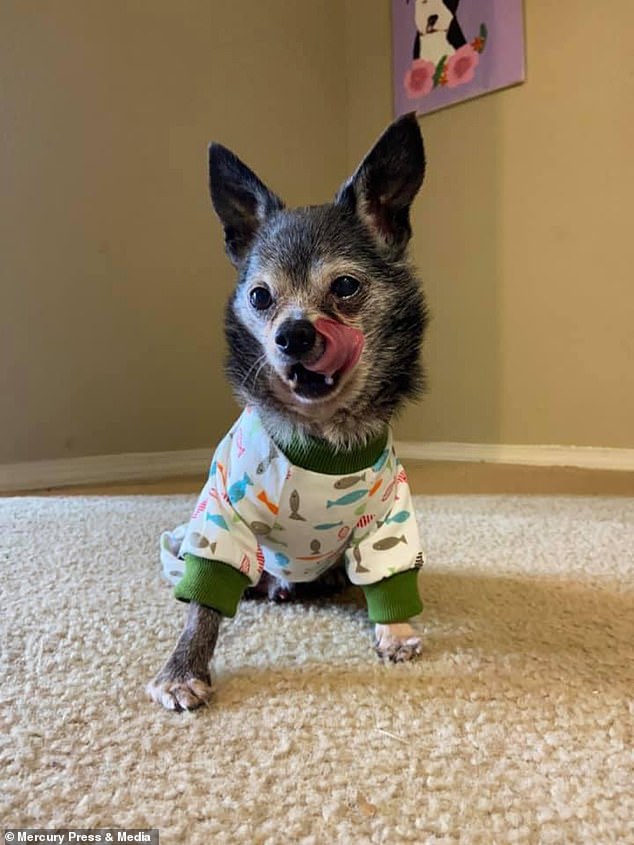 Shorty, an 11-year-old Chihuahua from Oklahoma, lost 10lbs after a thyroid condition caused him to tip the scales at 18lbs (1st 2lbs). Pictured now, after losing more than half his body weight 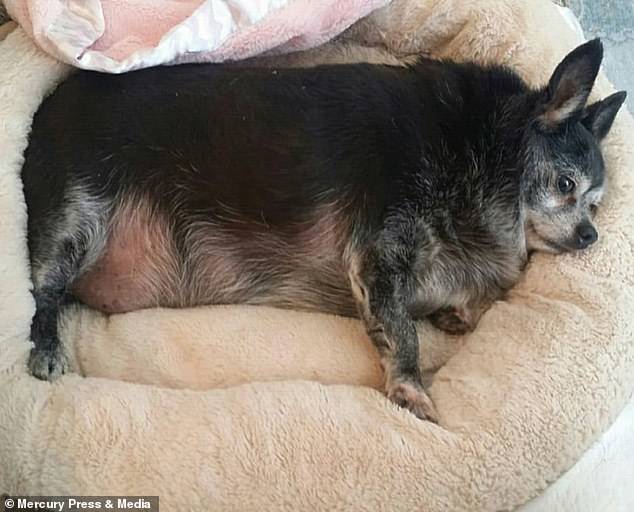 At his biggest, Shorty was 18lbs. His weight was caused by a thyroid condition affecting his frame (pictured then) 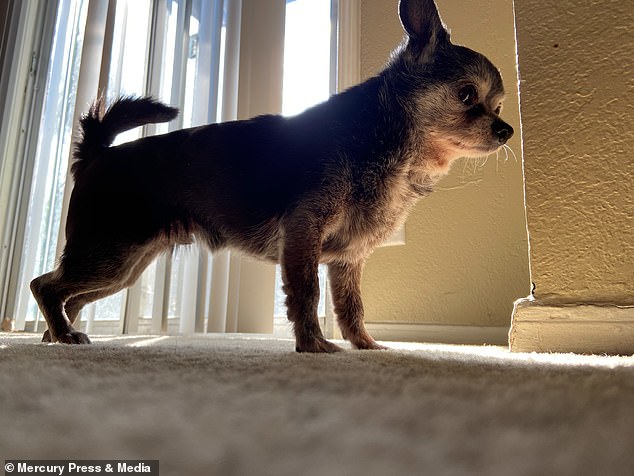 Shorty is now only 7lbs (0.5 stone) and can finally play in the park with other dogs and run as much as he wants

Carlie said: ‘It’s really rewarding to have watched him get healthy and happy again.

‘I’m so proud of him because he’s such a great little guy. He deserves to be able to run around and not waddle everywhere.

‘When I first lay eyes on him at a pet store’s adoption event, I was sad for him and his weight troubles at first, but I knew I would be able to help get him back on track.

‘He used to look so miserable which was heartbreaking, but now he has a lot more energy and he just looks happier in himself. 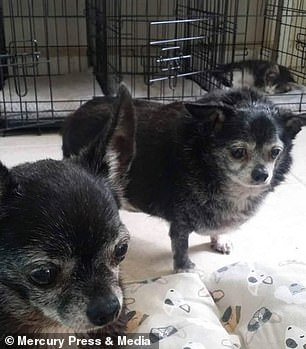 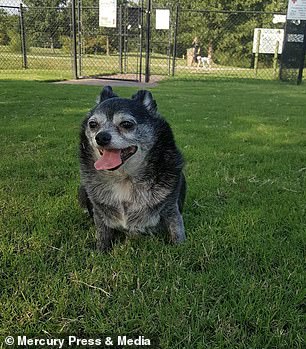 When owner Carlie Cahill, 25, decided to take Shorty on, he ‘looked miserable’ and couldn’t run or walk

‘Shorty is also very happy because he can finally do his favourite hobby of chasing squirrels.’

In 2018, Carlie fell in love with Shorty after spotting him at a pet store adoption event. She learnt that his previous owner had passed away, so he and his two siblings were with him at the shelter.

Carlie said: ‘Shorty was really fat and old – I’ve never wanted a little dog before but he stole my heart because he was very cute.

‘He had been with his former owner for most of his life but unfortunately they passed away so he and two of his siblings were at a rescue. 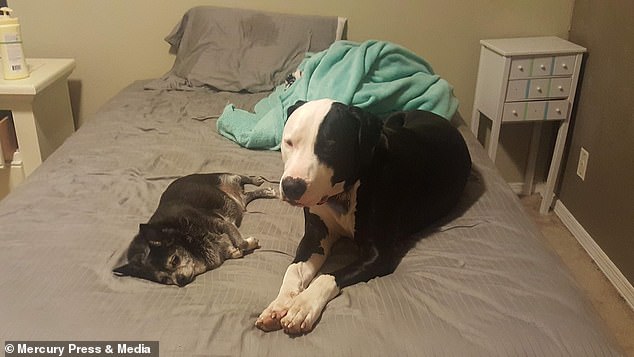 The obese Chihuahua had low energy and struggled to keep up with Carlie’s other dog, Toad, right 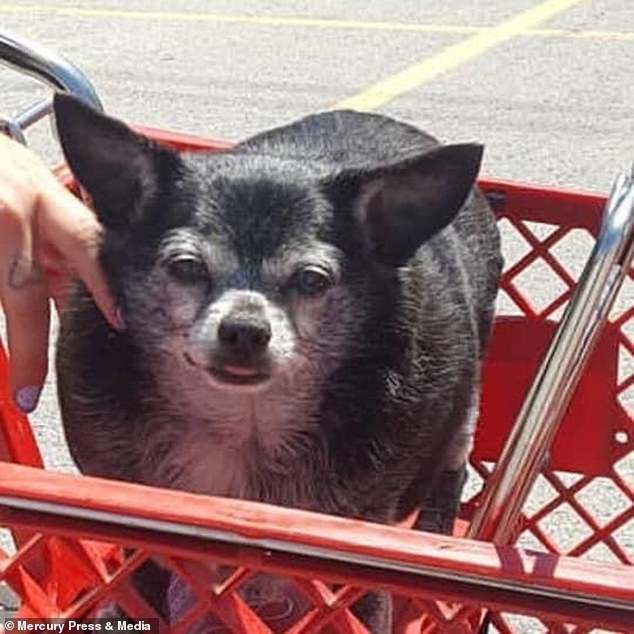 Carlie said she never thought she’s adopt a small dog, but Shorty stole her heart, and she knew she could help him lose weight (pictured before he started to shed the lbs) 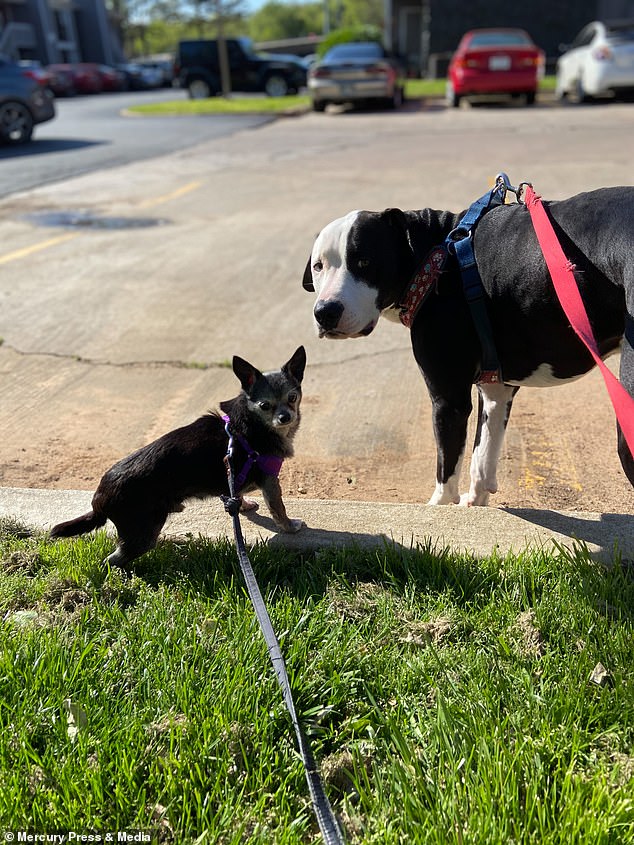 Toad and Shorty on a walk now, with the Chichuahua making the most of his newfound healthy frame 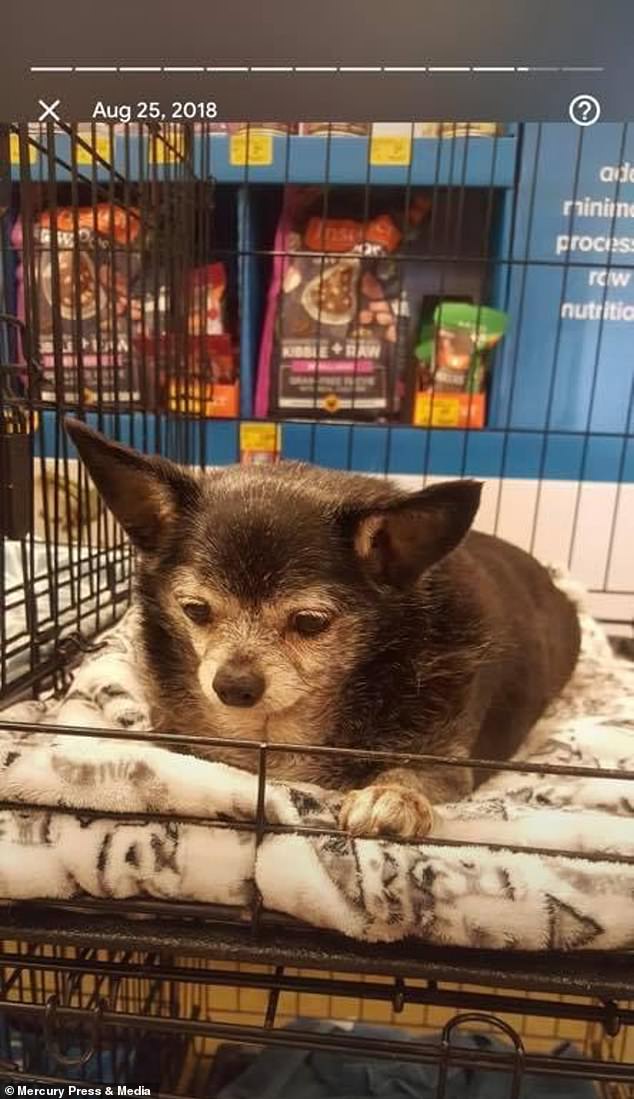 Shorty was lethargic and could only waddle, due to his large frame caused by a thyroid condition 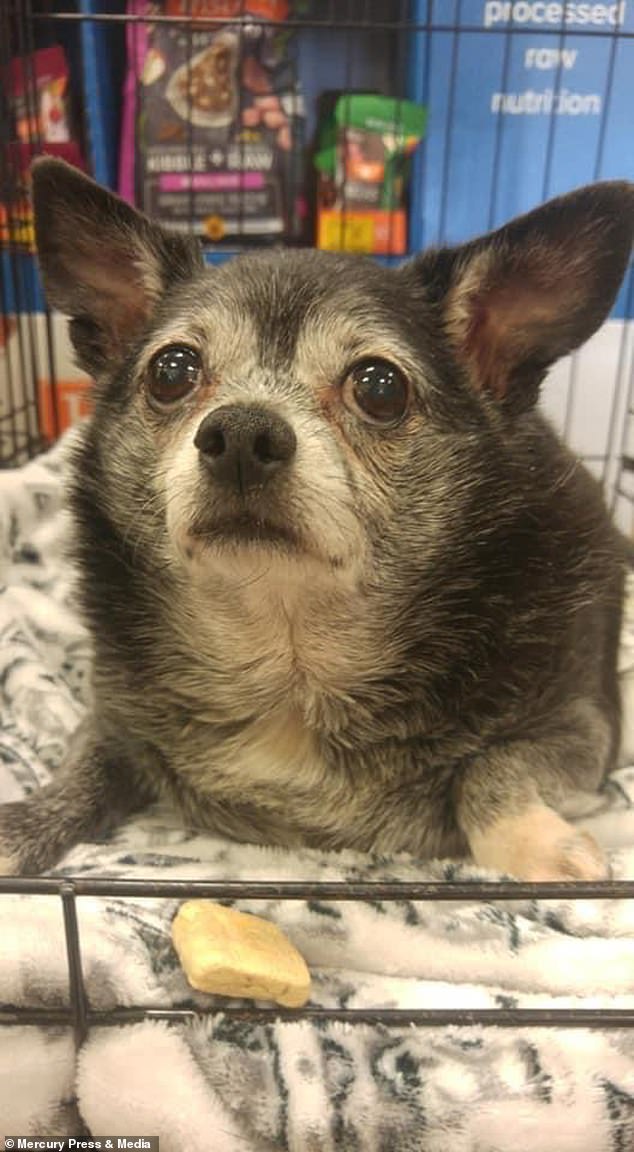 ‘But his siblings weren’t actually fat, it was just Shorty.’

After adopting the chubby chihuahua, Carlie took him to the vets, who found that he was suffering from a thyroid condition which was contributing to his weight gain.

She then introduced Shorty to a lower calorie diet of high-protein dog food and lots of green beans. Shorty quickly shed the pounds and within months, he was able to play with Carlie’s other dog, an energetic four-year-old Staffordshire terrier called Toad.

Carlie added: ‘He started slimming down within two months and he now weighs about 7lbs which is amazing.

‘His fur is now very shiny and he just goes nuts in the dog parks with all of the younger dogs even though he’s 11.

‘A lot of people say that it must have been hard to help Shorty lose weight, but it’s not as hard as you think because you’re always in control of how much your dog eats.

‘Hopefully Shorty’s story can inspire other owners to help their dogs lose a bit of weight and live to their full potential.’ 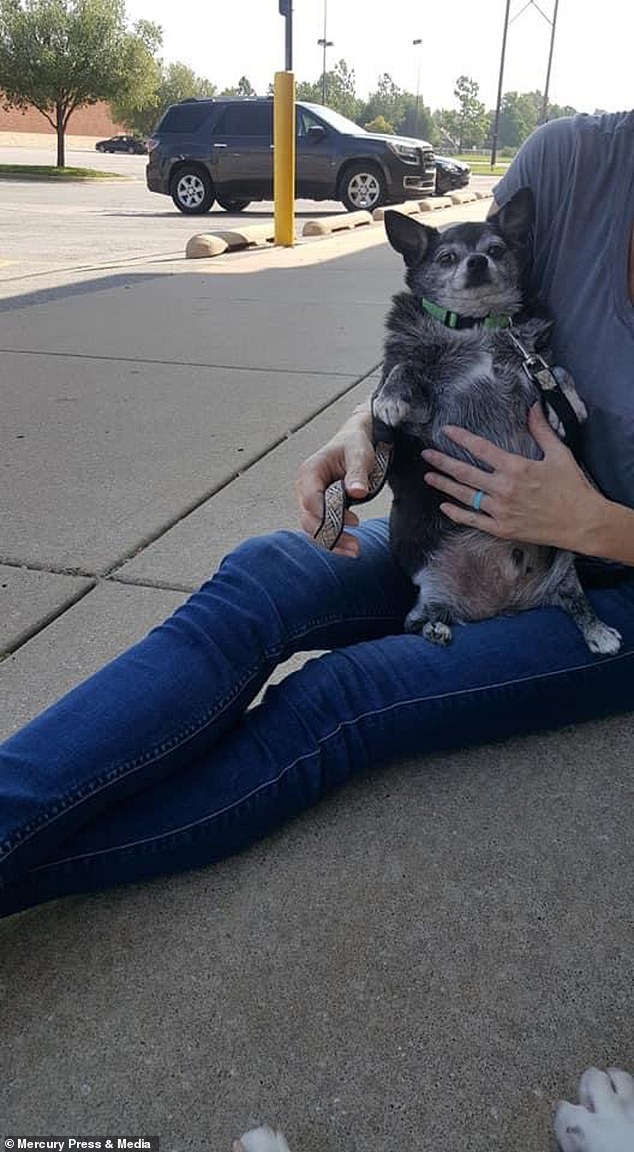 Carlie showing Shorty’s swollen belly. The Chihuahua’s previous owner had passed away, leaving Shorty and his siblings behind 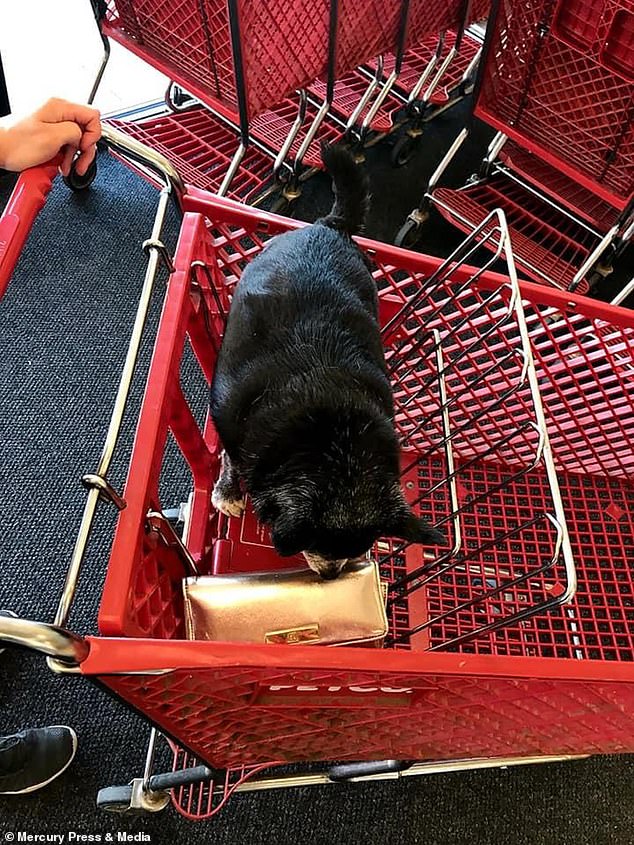 Carlie going shopping with Shorty in her cart. She treated him to a lower calorie diet of high-protein dog food 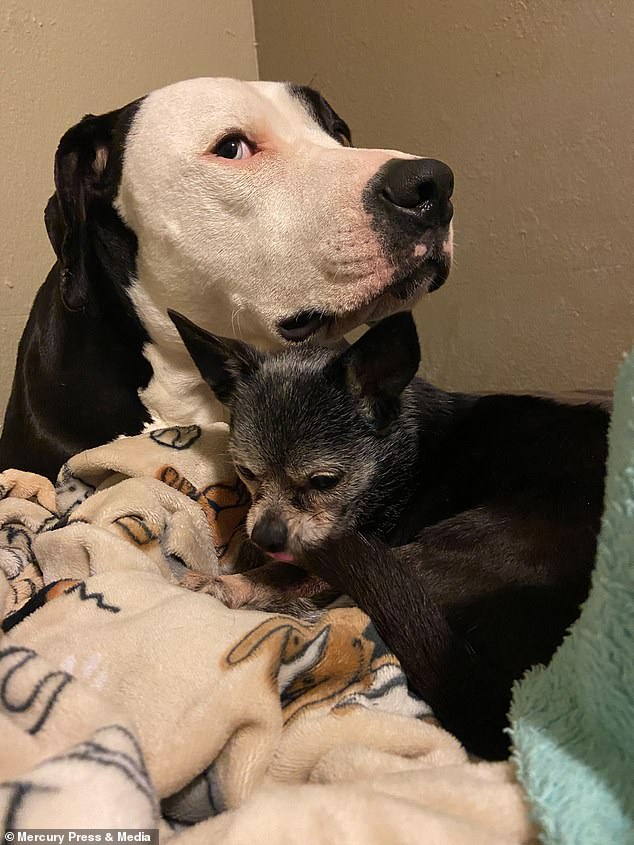 Toad, Carlie’s Staffie, having a cuddle with Shorty after losing the weight. Within months, the two pooches became best-friends 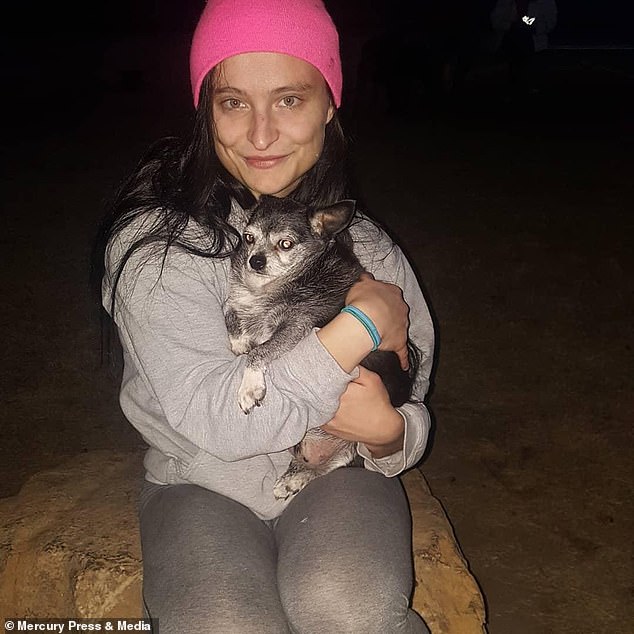 Carlie with Shorty before he lost some weight. The dog owner said helping the Chihuahua lose weight was not as hard as people thought 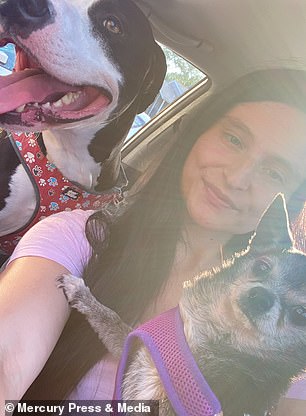 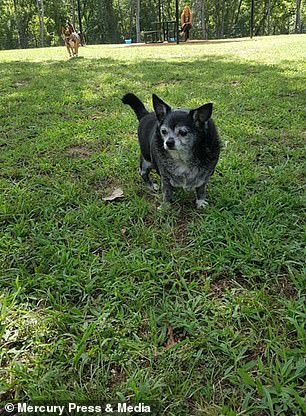 Carlie said even Shorty’s hair was shinier than ever after losing the weight, left. Right: Shorty looking displeased at the park before shedding the lbs 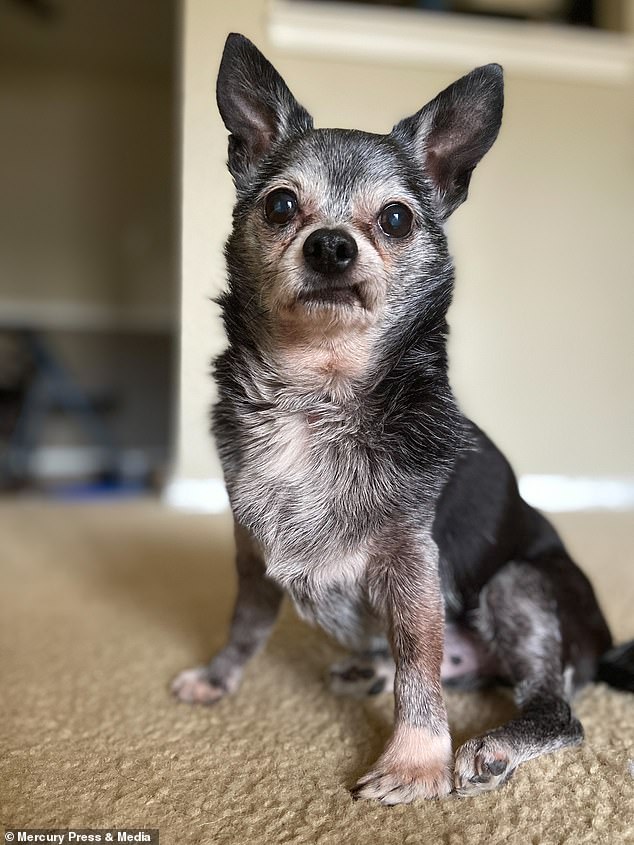 Shorty now. Carlie says the Chihuahua is as energetic as younger dogs now, in spite of being 11-years-old 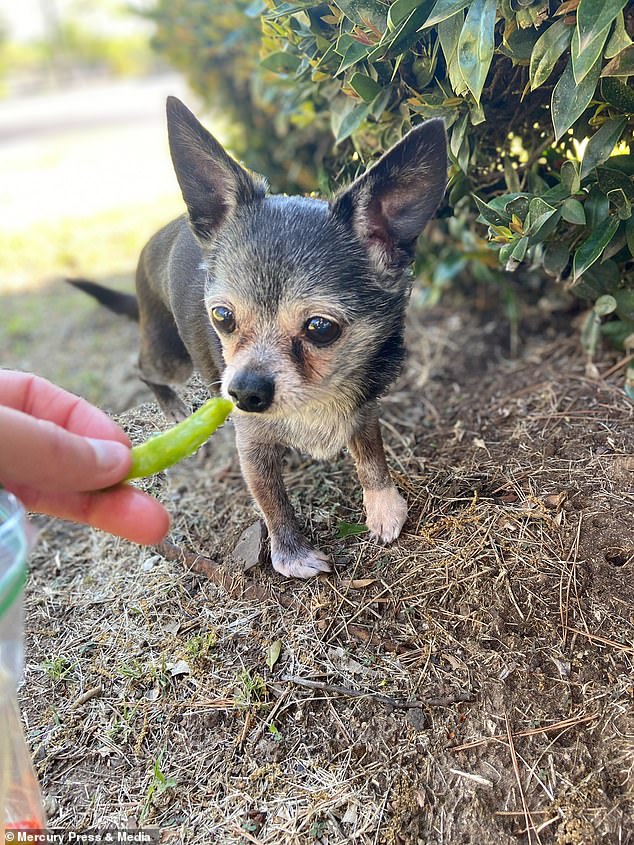