CHRISTMAS is getting closer – and that means all the major retailers are starting to drop their festive TV adverts.

From Aldi to Amazon, to Disney and McDonald's, we round up the ads that have already aired. 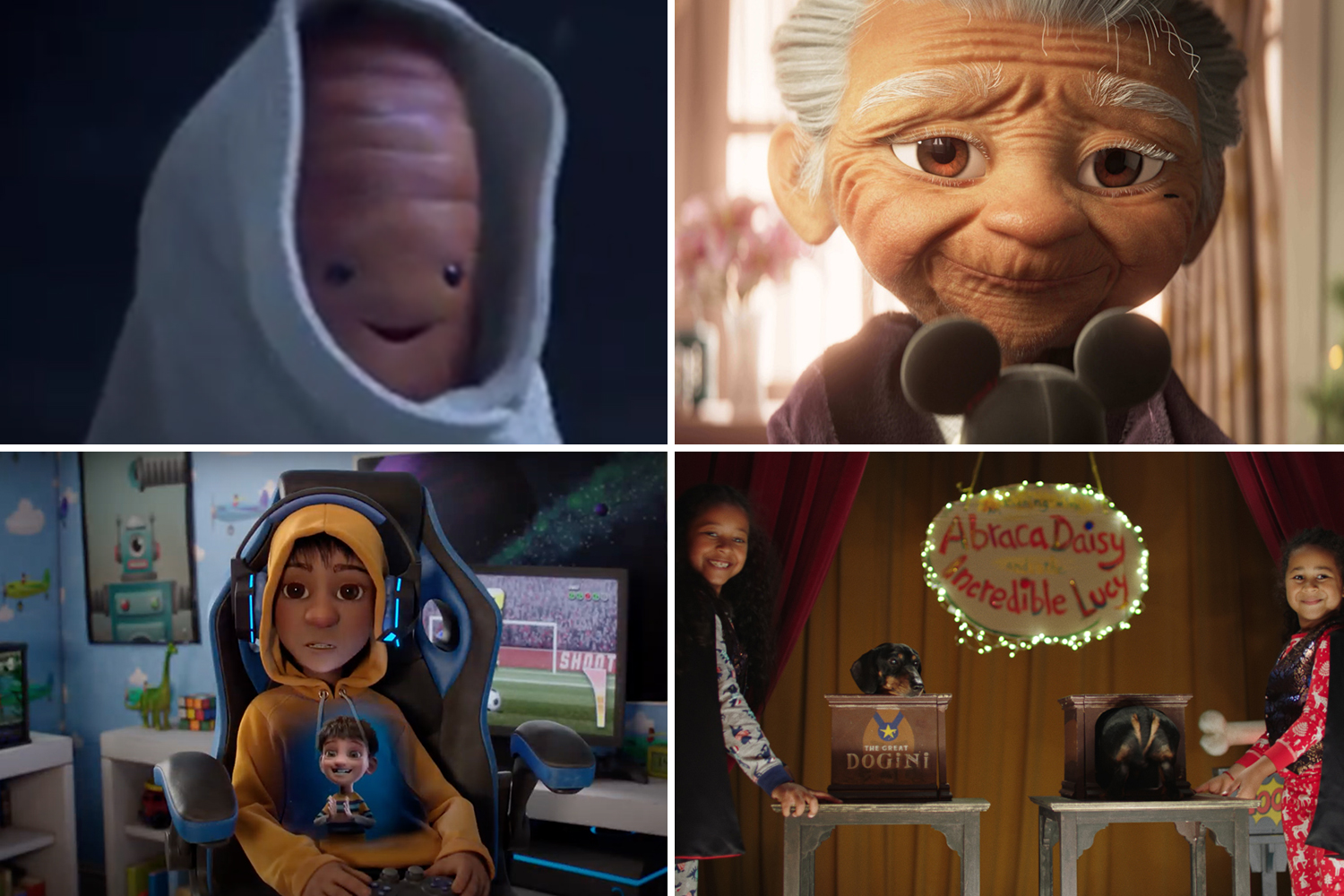 But there are still plenty of retailers that are remaining tight-lipped about their Christmas 2020 campaigns.

We don't know yet when the John Lewis ad will be released, while Tesco, Sainsbury's and Lidl haven't dropped theirs either.

Ikea and Iceland also haven't released their adverts, while Boots has confirmed it isn't doing an ad this year.

Here are the ads you can watch now, listed in the order they were released with the latest one at the top.

McDonald's Christmas advert for 2020 tells the story of a mother and her young son.

The animated clip starts as the mum is desperately trying to encourage her teenage son to put down his phone and video game to embrace his inner child.

The mum is dismissed when she asks him to help her put up decorations, and the teen storms off during a visit to a Christmas market too.

On the drive home, the mum finally gets through to him after starting a snowball fight outside McDonald's.

Afterwards, the pair finally decorate their Christmas tree and the boy even leaves a bag of McDonald's carrots out for Santa's reindeer. 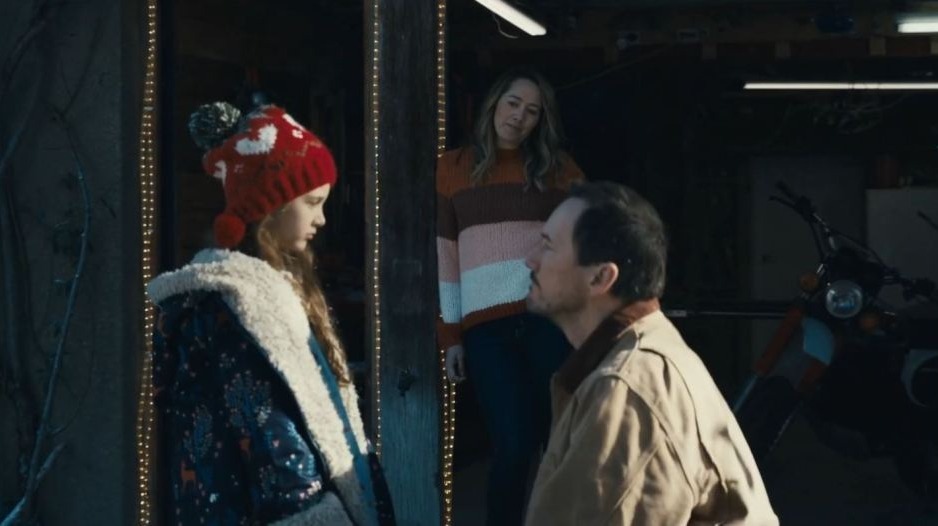 Coca-Cola is best known for its iconic "The Holidays Are Coming" Christmas advert – but this year's epic advert will have you in tears.

It starts with a father leaving his family just before Christmas to work on an oil rig, with his little daughter giving him her letter for Santa.

Viewers can then follow the dad's battle to deliver the letter to Santa, with the journey seeing him climb mountains, trek through a bug-infested forest and even riding a motorbike across a desert.

With his expedition finally drawing to a close he sees a snow-covered house, lit up by the northern lights in the distance.

But as he gets to the doorstep he sees a sign, which says: "Closed for Christmas".

That's when Coca-Cola's famous festive truck pulls up to save him, and the dad reads his daughter's letter, which says: "Dear Santa, Please bring daddy home for Christmas".

The ad is made by Oscar nominated director Taika Waititi, who is behind films like Jojo Rabbit and the new Star Wars film. 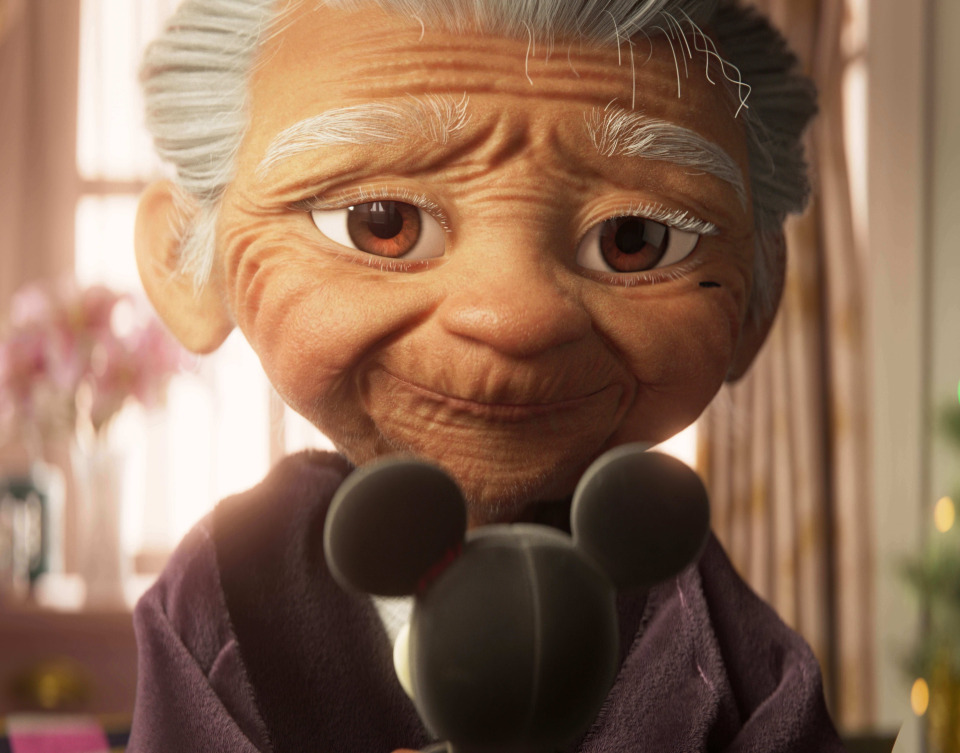 Disney's advert for 2020 is a real tear-jerker and focuses on a grandmother and granddaughter reconnecting through a Mickey Mouse toy.

Viewers first see how Lola, the grandmother, was gifted the Mickey Mouse toy by her father in 1940.

The toy comes to symbolise family and Christmas to Lola, with the ad showing how the toy has been passed down from generations.

As Lola fears she is drifting apart from her now grown-up granddaughter, her granddaughter surprises her by re-gifting her the doll on Christmas Day.

London-based singer Griff is behind the soundtrack, called Love Is A Compass. 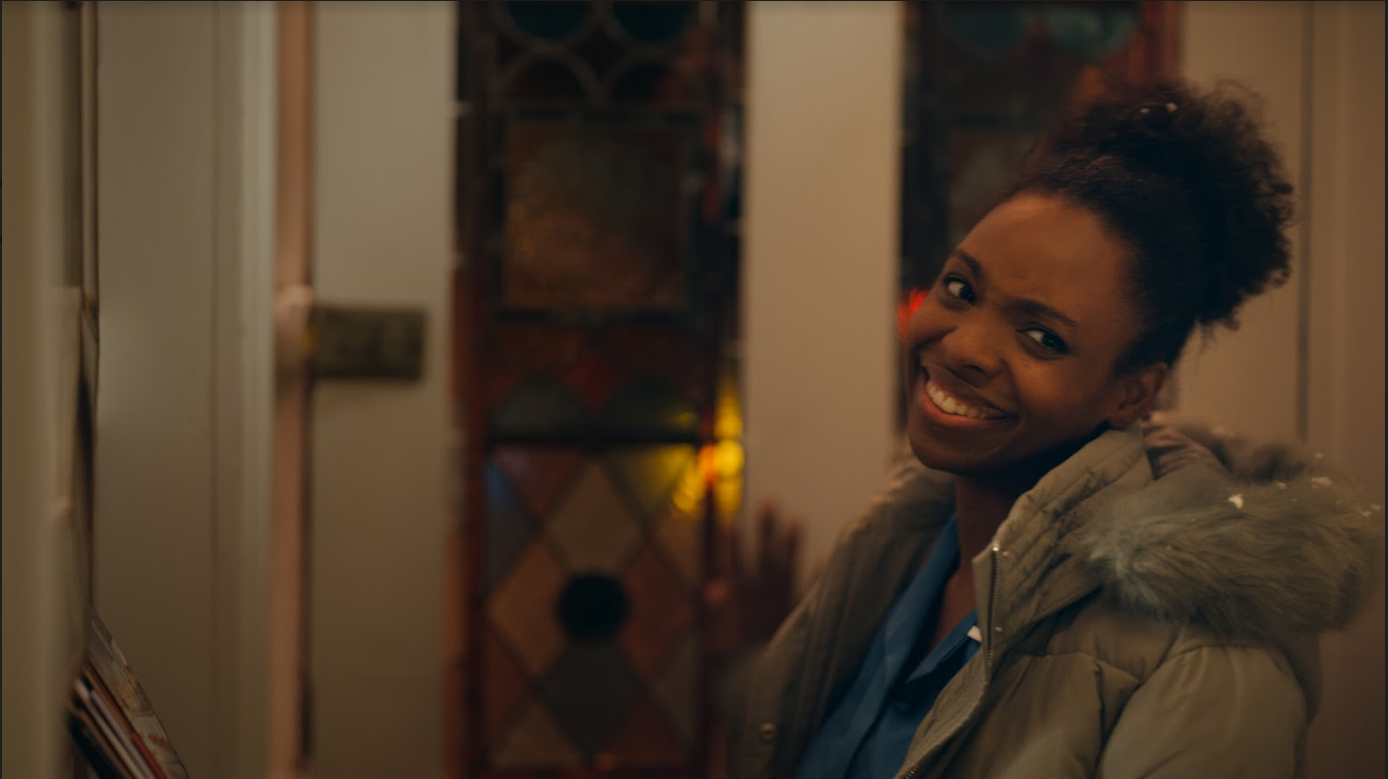 The advert sees a delivery driver switch his radio on as Dua Lipa plays out.

It then switches to clips of staff at Morrisons preparing food, as well as families dancing and setting up dinner tables for Christmas.

The advert also nods to all the hard work done by key workers during the coronavirus pandemic, as a nurse arrives home to her family ready to celebrate. 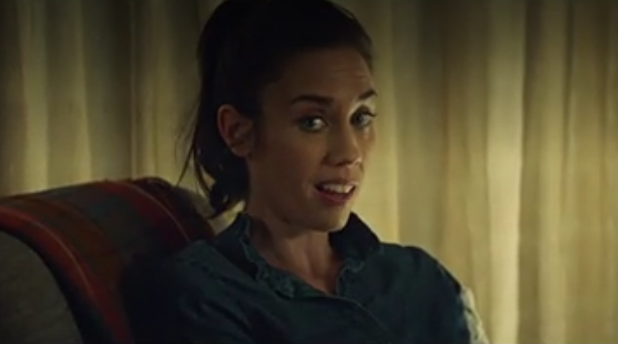 Very's Christmas ad starts by what appears to be the perfect Christmas setting, with picturesque family preparing to eat dinner.

But as the camera pans out, it's revealed the actual stars on the show are a family who are mocking the cliched scene on TV.

Star of the advert, mum Jodie, played by actress Letty Butler, looks at the camera and says: "You know what Christmas moment I like? Every bloomin' one of them."

The advert then shows typical scenes that Jodie loves – despite the chaos of the busy seasonal period – including neighbours turning on their over-the-top Christmas lights and buying a tree that is too big. 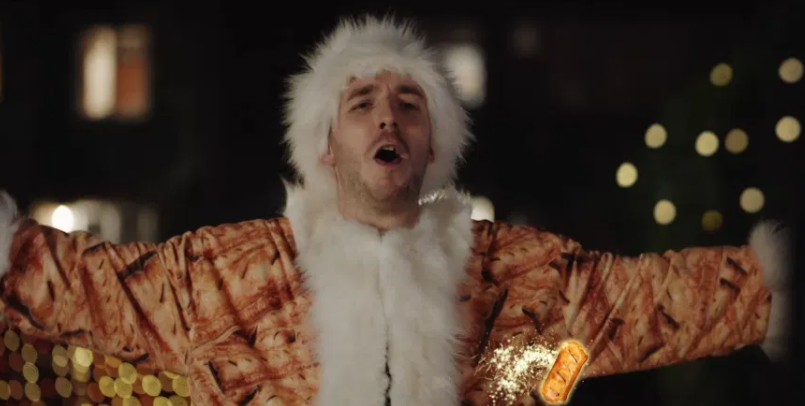 LadBaby is the star of Walkers' 2020 Christmas advert – although there's still an appearance from long-standing face of the brand Gary Lineker.

The advert sees Christmas carols turned into "Sausage CaROLLs" as a festive medley of tunes are switched for lyrics about sausage rolls.

The clip ends with Lineker cheekily helping himself to the Santa sack full of crisps.

It coincides with Walkers' new sausage roll crisps, of which 5p from each pack will go to food bank charity Trussell Trust.

The LadBaby ad is a far-cry from last year's campaign starring Mariah Carey.

The super star singer was ridiculed for the way she ate crisps. 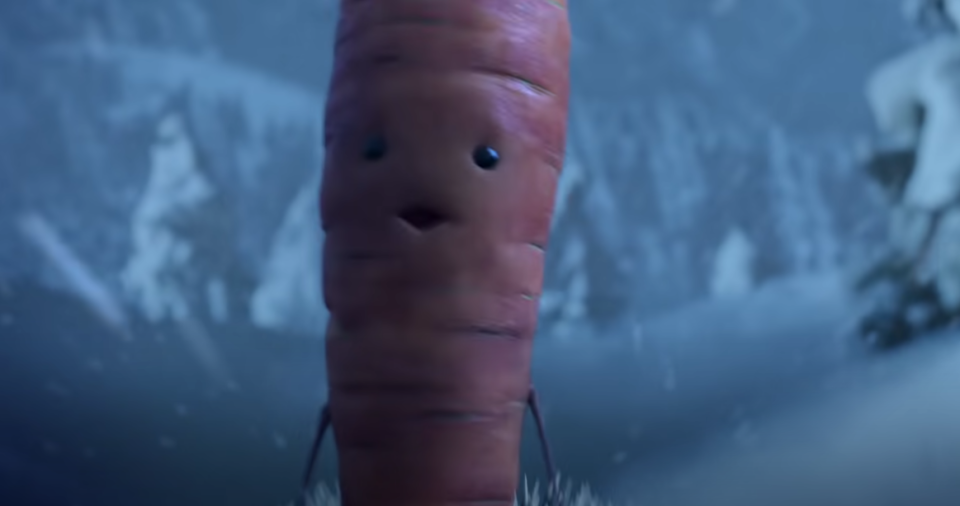 Kevin the Carrot is back – but the beloved vegetable mascot faces a perilous journey home to his family in this year's Aldi Christmas advert.

The supermarket first teased a devastating ending for Kevin after he was ejected from a fighter jet by his new wingman, Lieutenant Turkey.

In the second part of their advert, Kevin is seen falling through the sky with a flaming parachute.

After landing in the snow, miles away from his family, he bumps into a new friend called Harry the hedgehog who gives him a lift – but the pair end up falling into a deep ravine.

After washing up onto the shore, Kevin and Harry are saved by Father Christmas – played by actor and narrator of previous Kevin the Carrot adverts, Jim Broadbent – who gives them a ride home on his bike.

Kevin has featured in Aldi's Christmas campaigns for the past five years. 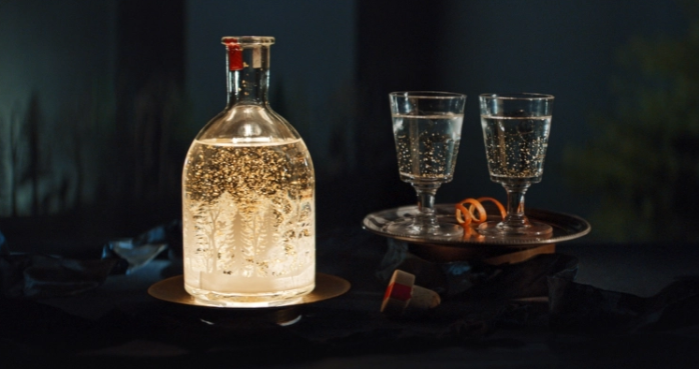 Marks and Spencer is dropping a new advert every week until the New Year to mark Christmas 2020, with a famous face in each clip.

In the first instalment, Oscar winner Olivia Coleman, 46, gushes over the posh nosh that's on offer this year.

Each week from now until the New Year a new ad will drop on the telly. 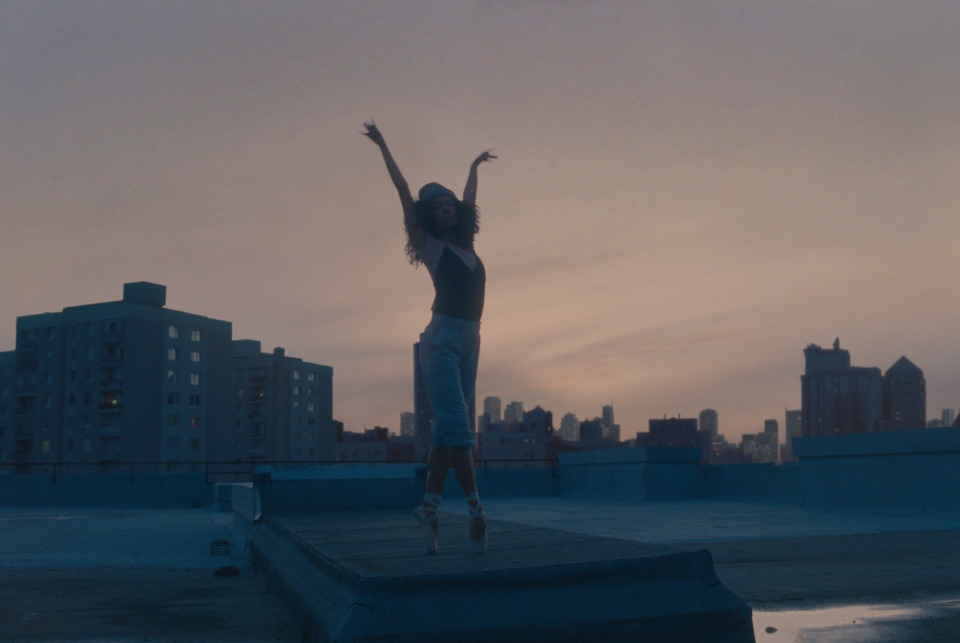 Amazon's Christmas advert follows the tale of French ballet dancer Taïs Vinolo as she practices for the leading role in her dance school's winter performance.

When the school closes due to coronavirus, she continues to train at home and around her neighbourhood.

But Taïs is left devastated when the school confirms the show is being cancelled after all.

All is not lost though, as her sister and local community work together to create a stage for Taïs to perform for her neighbours.

Last year, the 2019 Amazon advert featured a whole host of people singing and dancing to Solomon Burke’s classic track “Everybody Needs Somebody to Love”.

A real-life family star in Asda's Christmas advert, with the clip focusing on how they're getting ready for the big day in the face of the coronavirus pandemic.

Eagle-eyed fans will notice that it's the same family who appeared in Asda's famous "bottom tap" comeback advert in September 2020.

The advert shows the family decorating their house and stocking up for food for Christmas Day.

As an Asda delivery driver arrives outside, star of the ad Sunny says: "I guess Christmas is going to be different this year, so let's really make the most of it."

The advert ends with the family's house lit up in red and yellow lights, and above it, a message that says: "That's Asda price."

Children and adults are told to "rebuild the world" with imagination in Lego's Christmas 2020 advert campaign.

What follows is a scene of epic stunts, including a police chase and an ice cream truck soaring through a ring of fire.

The advert ends with two kids recreating the scene in real-life with pieces of Lego.

A version of Louis Armstrong's What a Wonderful World is played throughout the clip. 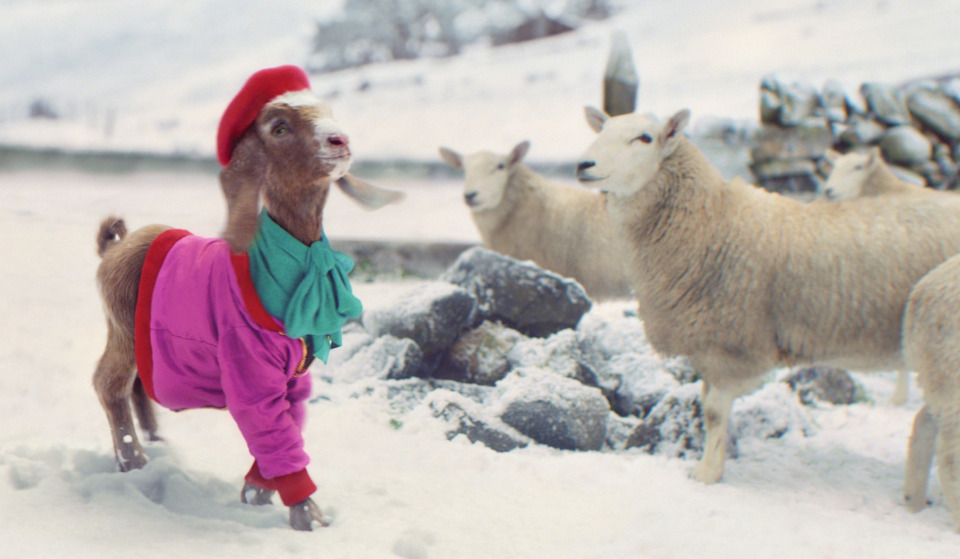 The TK Maxx Christmas advert stars a GOAT in a designer outfit.

The clip opens with a snowy landscape, as the star – Lil Goat – struts his stuff in his swanky new clothes.

The camera then pans to a nearby farmhouse, where we learn that the brand new threads were actually a Christmas present.

Farmers' wife Susan looks confused and asks the farmer Gary, “Did you buy the goat a designer outfit?” 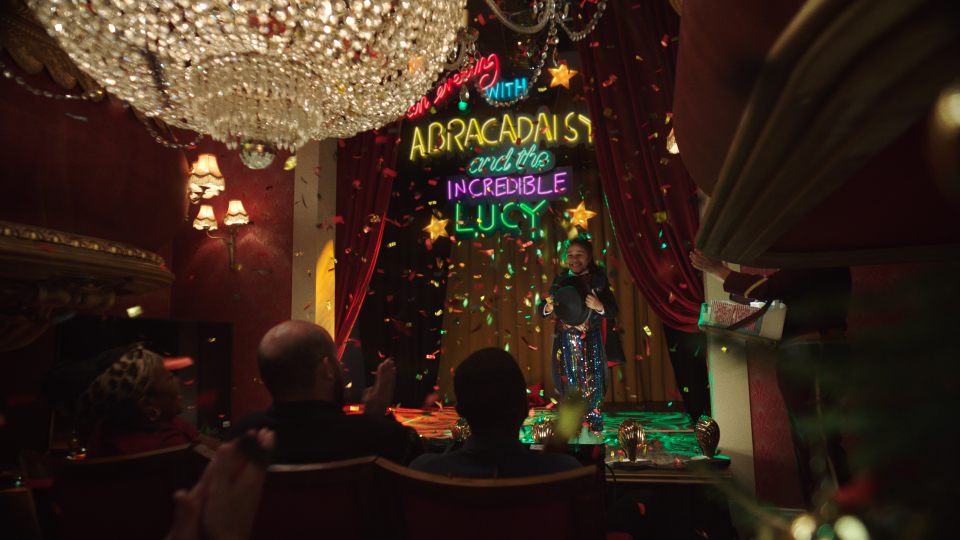 Argos was the first retailer to launch its Christmas advert this year, with its clip showing two sisters putting on a festive performance for their family.

It starts with the girls, Lucy and Daisy, circling a magic set in Argos' famous "Book of Dreams" toy catalogue.

Viewers next see the sisters transform into magicians, as they start to perform tricks with their pet Dachshund.

As the tricks get bigger, more family members appear until eventually their living room is transformed into a grand theatre.

Gary Barlow's new single Incredible is heard throughout the ad.

We've rounded up all the John Lewis Christmas adverts so far through the years from 2007 to 2019.

It's believed the John Lewis 2020 advert will "be like no other" as it aims to raise £5million for families in need.

Last month, locals in London thought they'd spotted the ad being made after a filming crew were spotted with fake snow.