Celebrity wedding planner Lisa Lafferty orchestrated one of the most unique — and expensive — weddings to ever grace reality TV with Christine Quinn’s “Wicked Wonderland”-themed nuptials shown on Season 3 of “Selling Sunset.”

And this being reality TV, the extravagant production — which Lafferty exclusively tells us cost over $1 million — came with its share of dramatic moments behind the scenes.

The curveballs began the night before the December 15 wedding, with the bride feeling ill during her rehearsal dinner. Quinn previously shared with Page Six that she thinks she may have contracted COVID-19 during her travels to Hong Kong or Dubai ahead of the wedding.

Lafferty revealed that she herself began to experience coronavirus-like symptoms after Quinn’s nuptials, and “possibly” got COVID-19 too.

“I got sick literally right after the wedding was over,” she said. “I went to the urgent care and I had influenza B, but I didn’t test for corona because it wasn’t even a thing at the time.”

On the day of the wedding, Quinn rallied to make her grand entrance wearing a black Galia Lahav gown while riding in on a horse-drawn carriage with two black stallions. 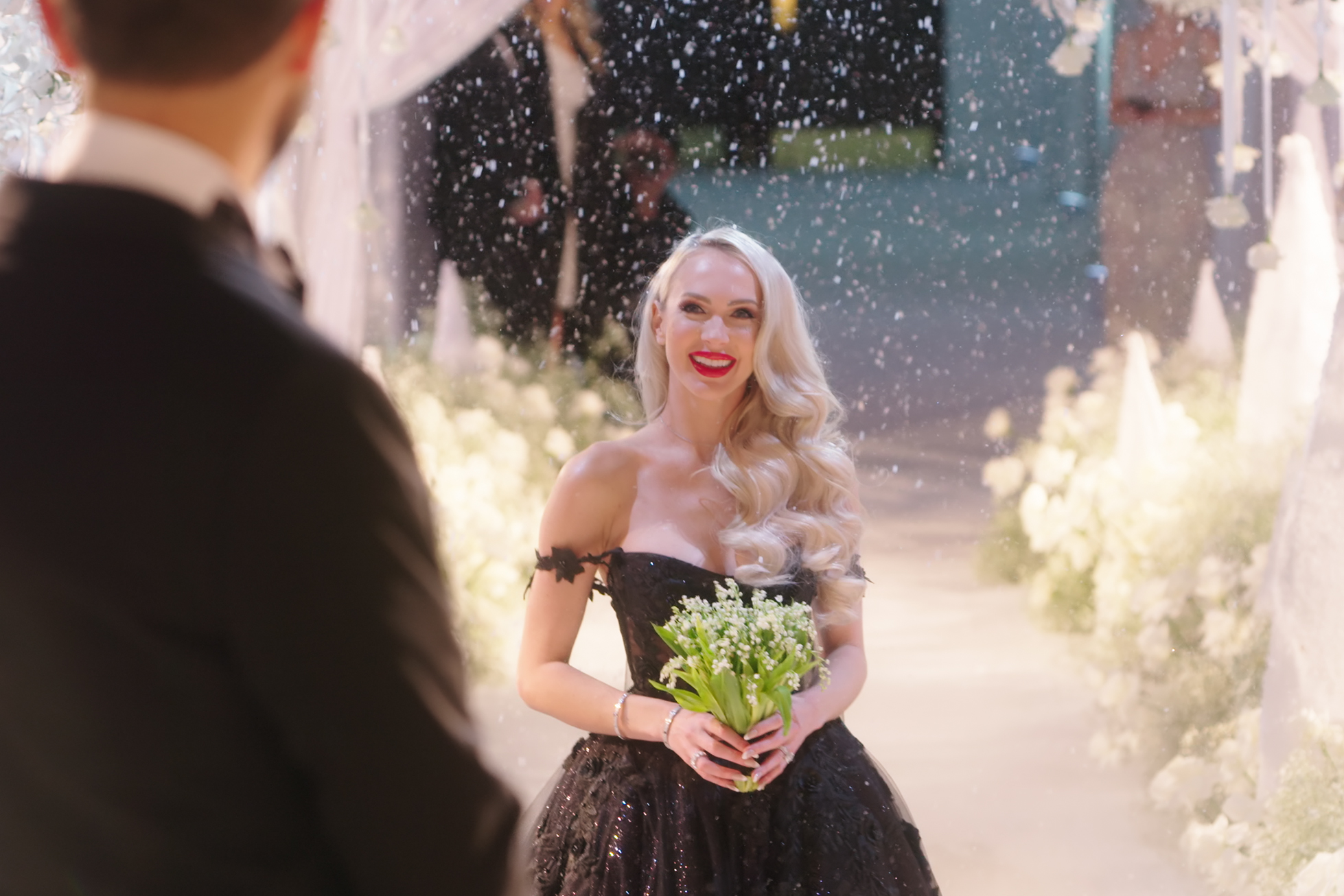 However, Lafferty said the bride was “about two hours” late, which the planner attributes to production issues since they were shooting for the show.

“We ran a little bit behind all around just because they’re filming, and you have to make room for them,” she said. “They need to get certain shots, and you know, we did our best. Her turning up late delayed things for about two hours … don’t think there was anything that was massively traumatic that we couldn’t recuperate but I would say timing was definitely an issue.”

Quinn and her husband, Christian Richard, said “I do” at a downtown Los Angeles cathedral that was decorated with white swans, fog with snowy dew down the aisle and real snowfall.

“The most outrageous request was definitely the snow and all the ice,” Lafferty said. “She wanted it to be a spectacle  and full of theatrics, and we just did it up. It took a lot of elements to have it there — fire marshals, we had to shut down streets. It was definitely a big production.”

After the ceremony, the guests were escorted to the cocktail hour, where there was a “Wall of Sin” art installation — where hands peeked through the wall wearing rhinestone gloves and serving onyx-tinted champagne.

It was during this time that Quinn’s co-star Chrishell Stause appeared visibly upset before “storming off,” Lafferty said. She had just split from husband Justin Hartley three weeks prior. 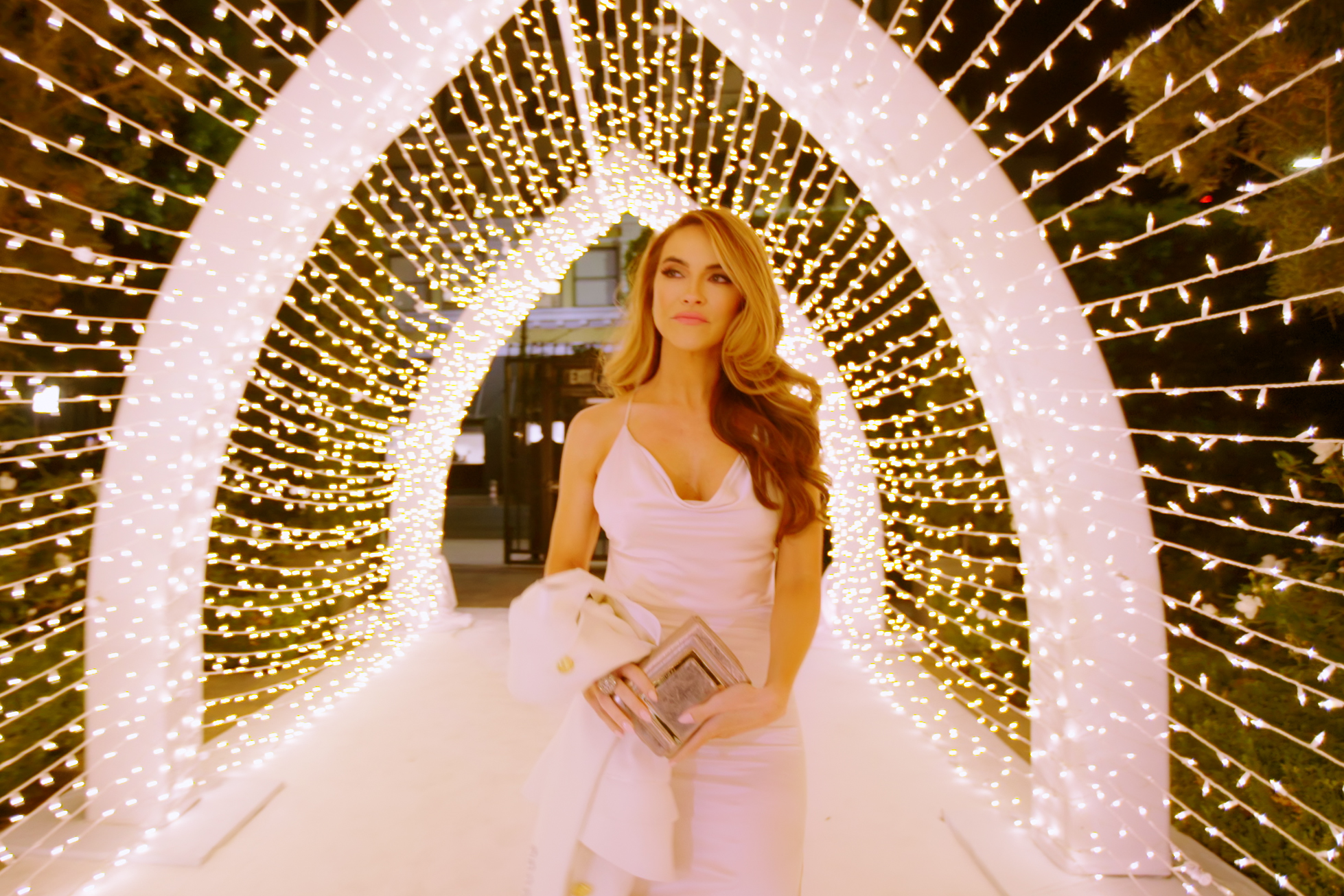 “I think she was crying,” Lafferty said. “I know my whole team was saying something was going on, and I had my eyes on everything because I have to mediate all. My whole team was basically updating me saying, ‘Oh, you know, there’s somebody storming off, they’re upset.’”

The wedding planner said her team saw Stause, 39, “run through the reception area” and could tell something was wrong.

“I definitely didn’t even bring it up to Christine,” Lafferty said. “You keep all those things from the bride, like, I just let her have her day and … I don’t think she was aware of what was going on.”

Meanwhile, Lafferty’s team took 90 minutes to transform the reception room from a white setting to a dark and elegant theme with black calla lilies, red and black magic roses, skulls, smoked tapered candles and gargoyles nestled in flowers on the tables.

“I’ve learned with them very quickly that money is no object,” said Lafferty, who has planned at least four other events with Quinn. “Let’s do it right, let’s be fabulous.” 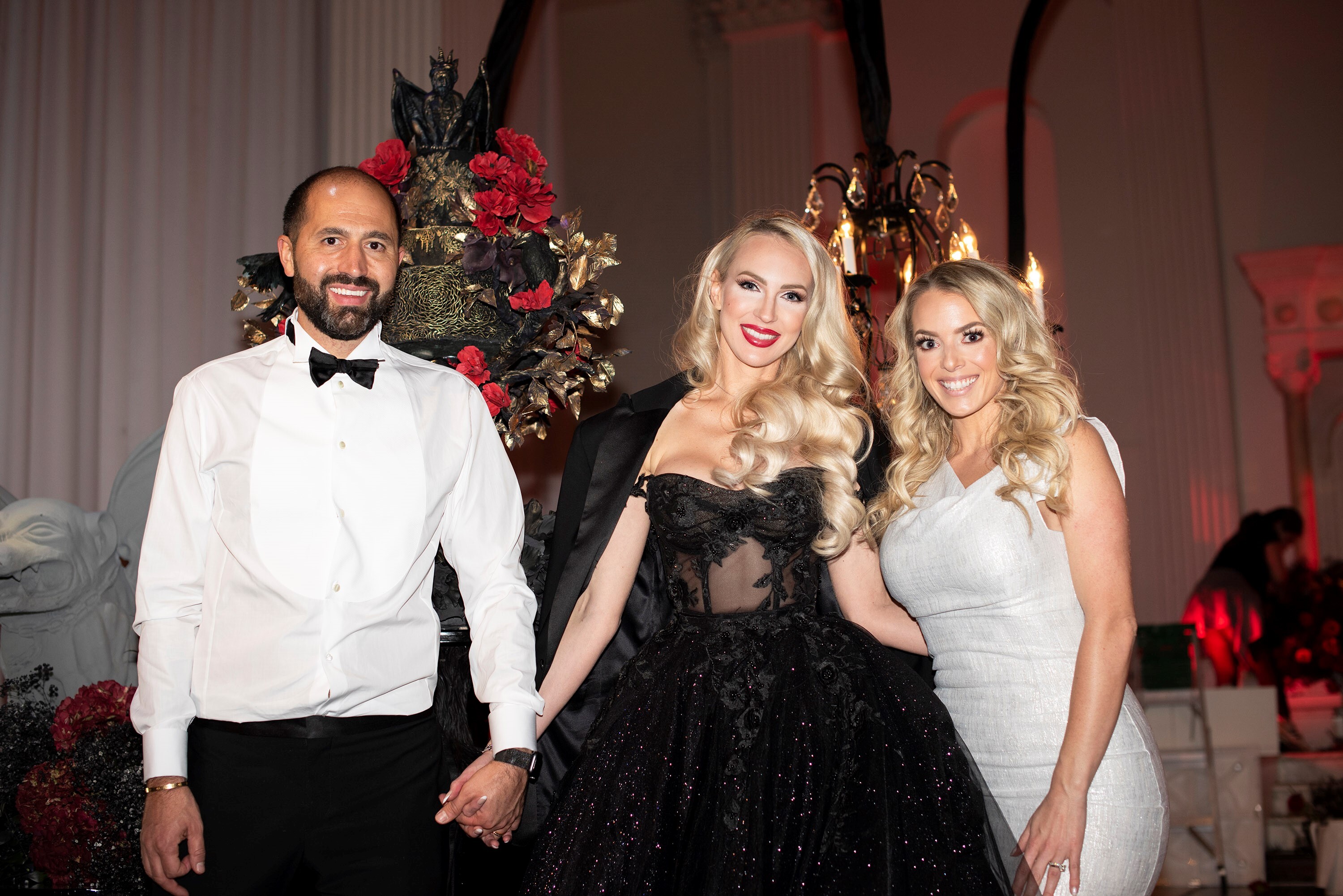 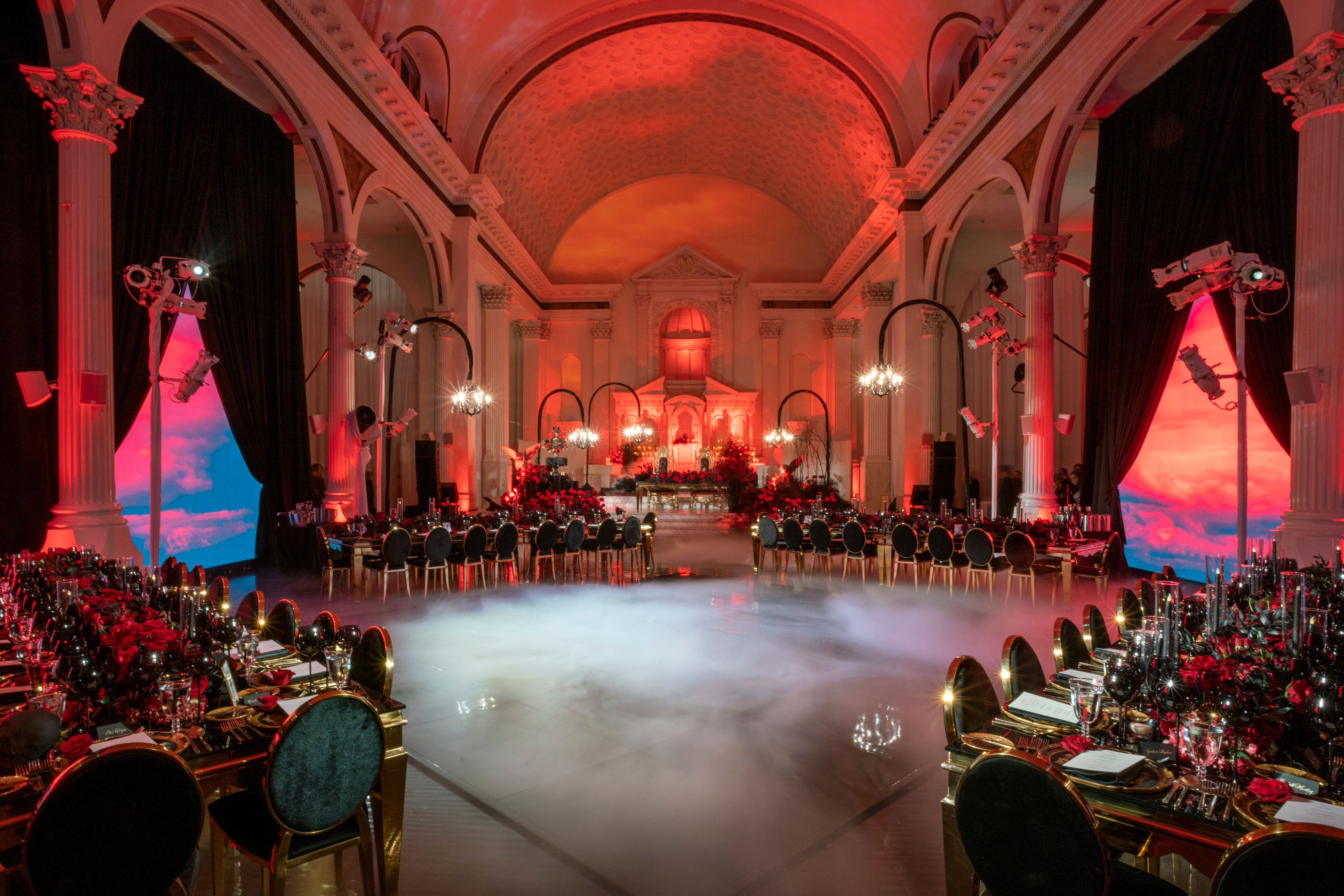 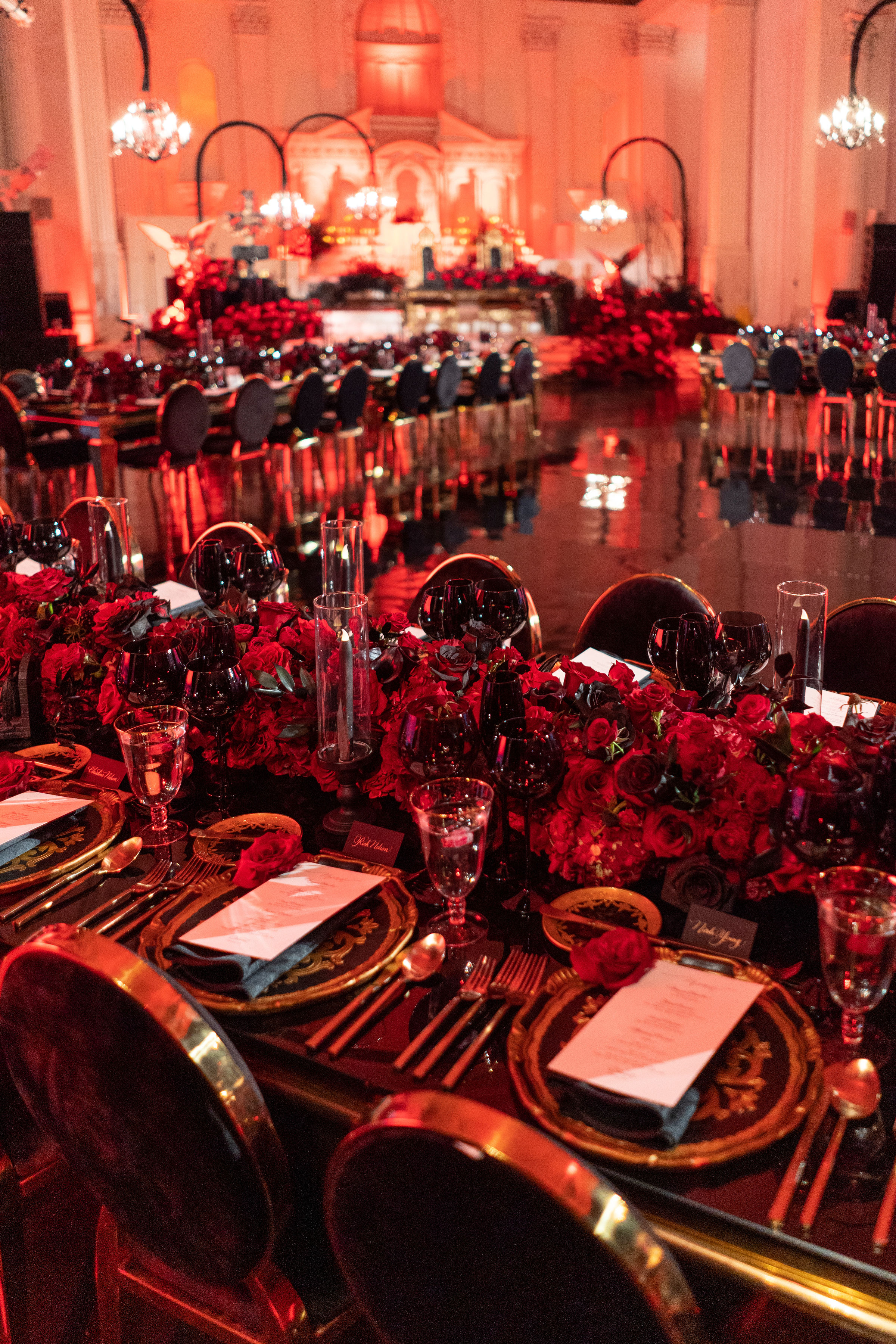 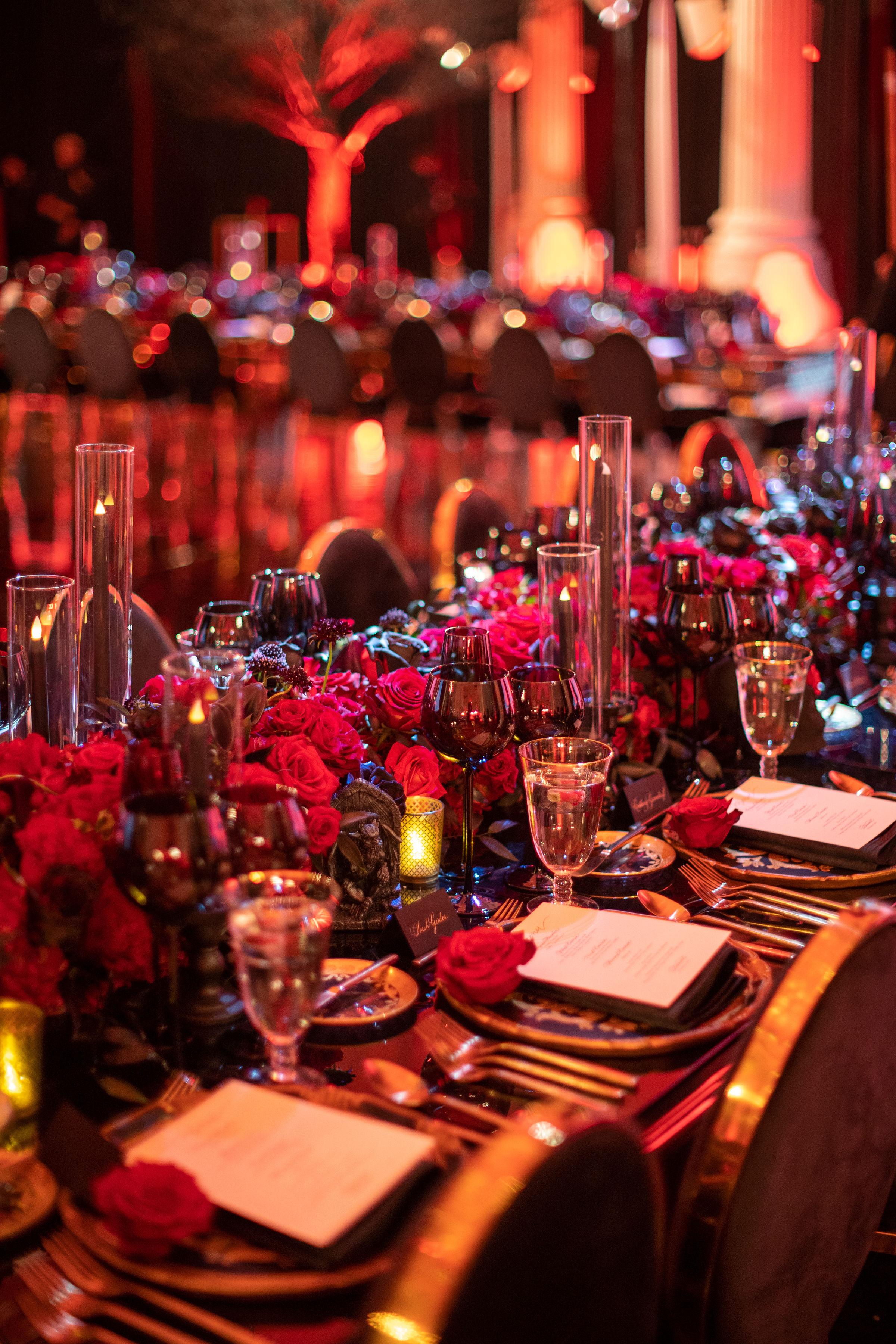 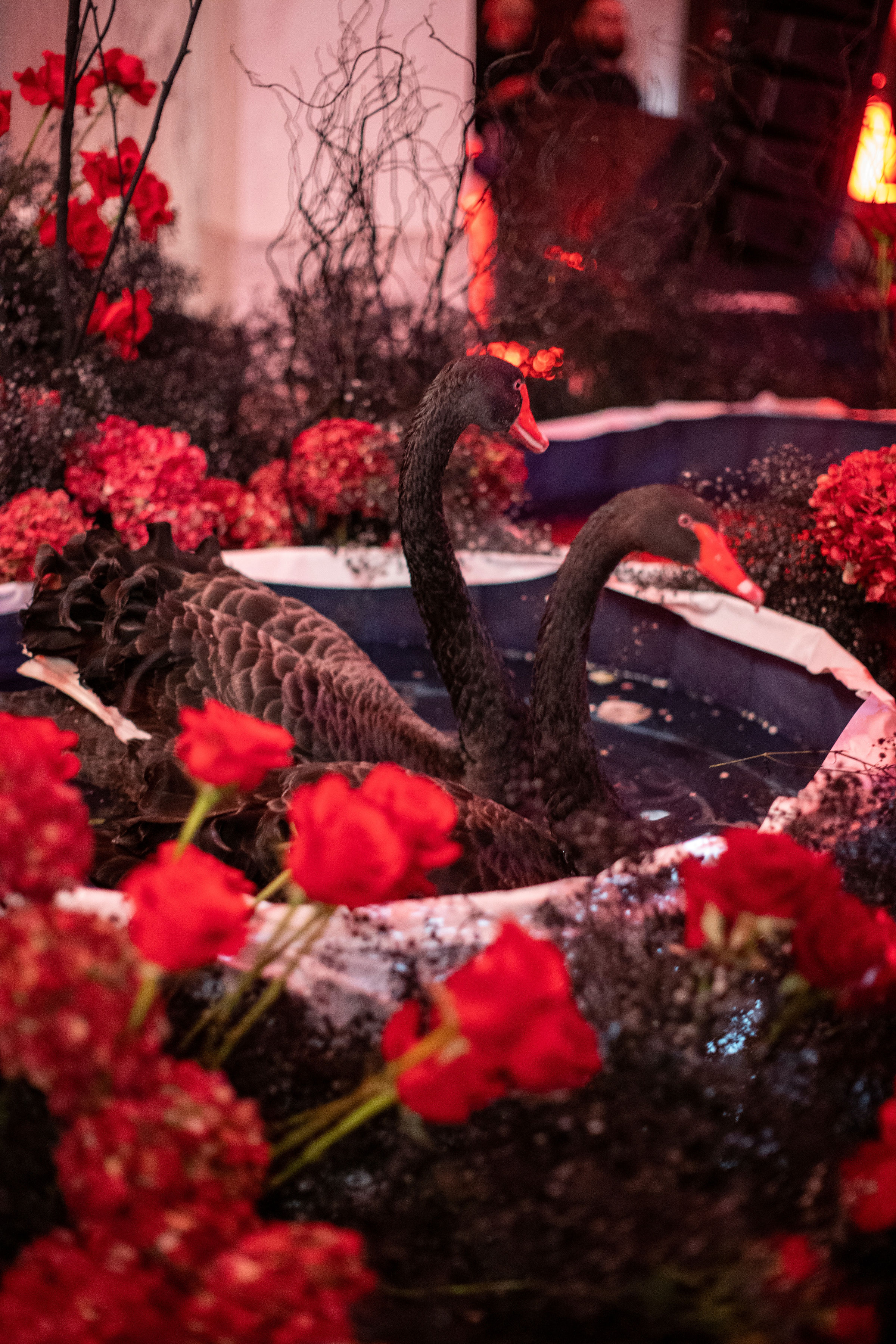 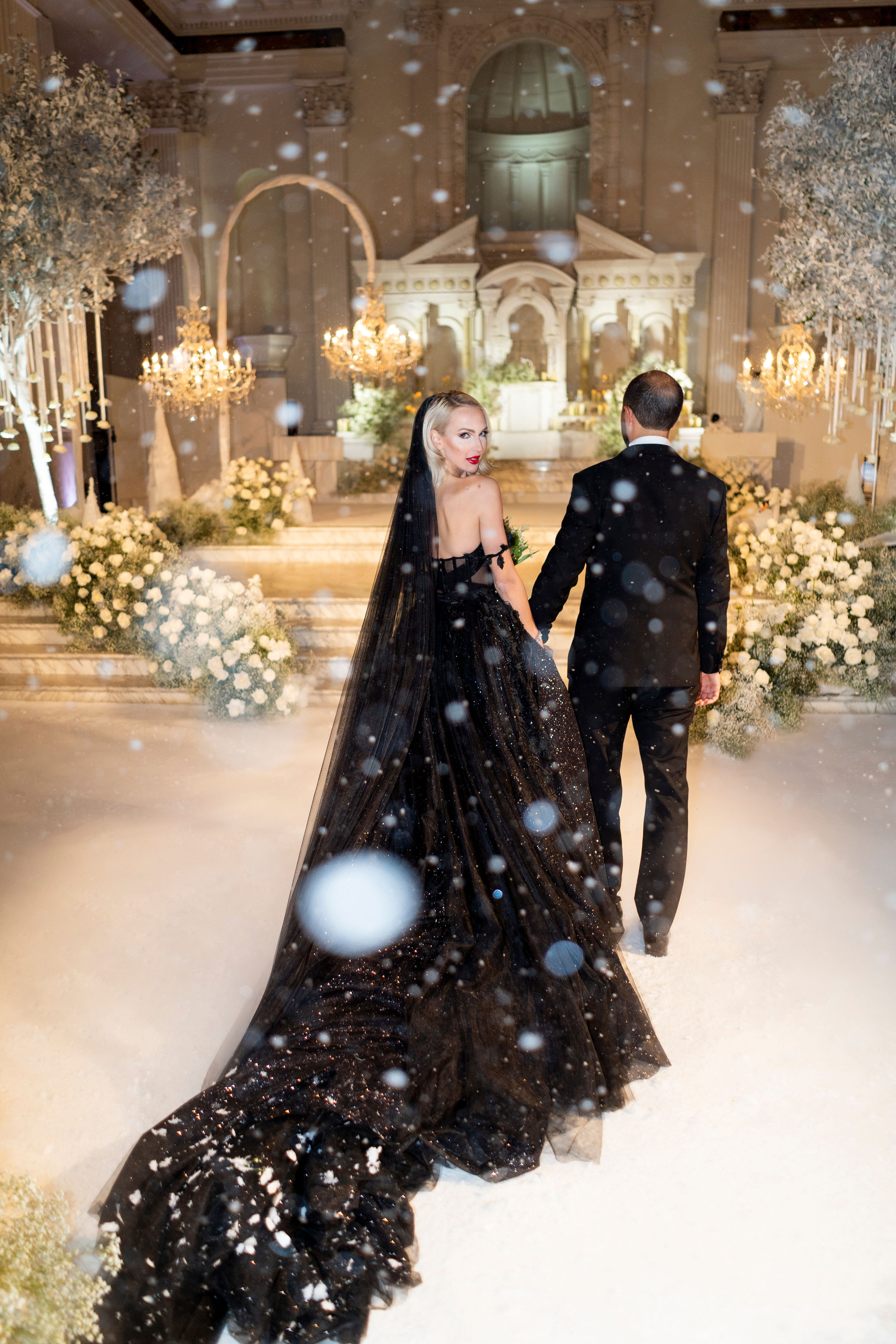 Zac Efron is the latest celebrity to enter a romance with someone outside of the industry, but he's definitely not...